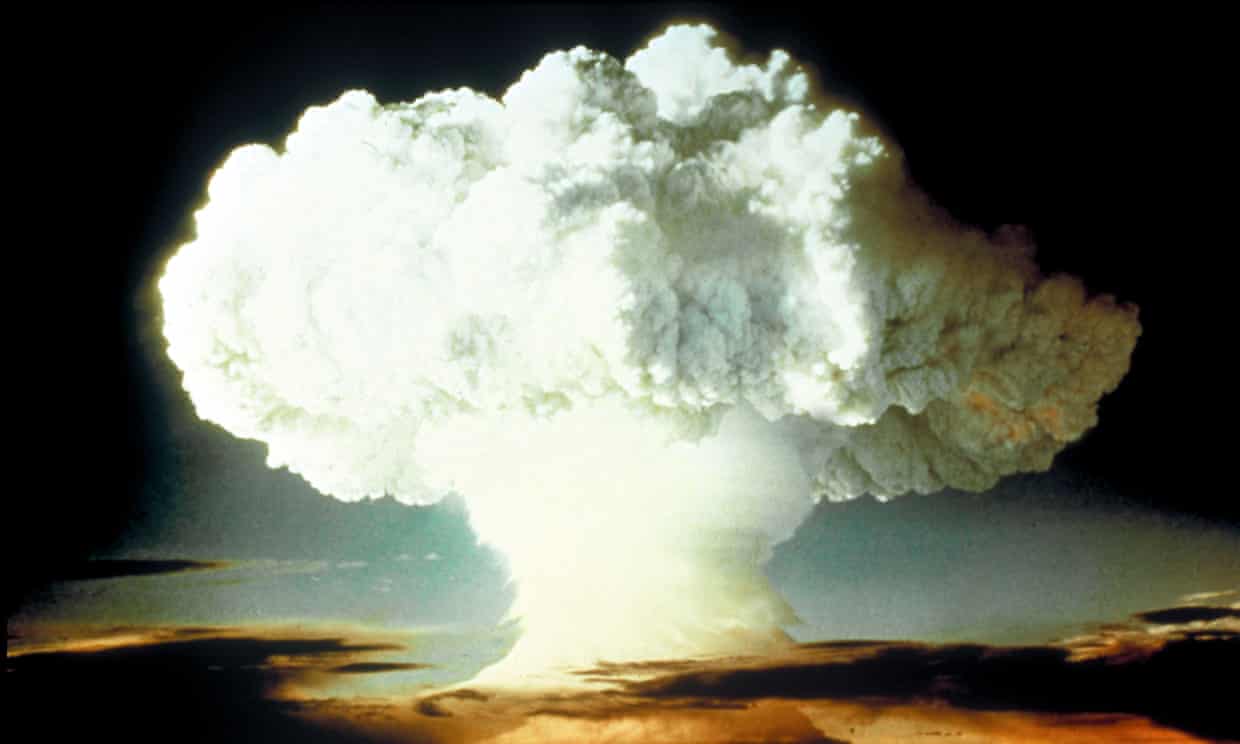 It seems that, whilst we have been obsessed and confused, out of touch with reality, messed about by the unnecessary, useless going ons with Brexit, as well as the daily nonsensical and profoundly meaningless Trump’s tweets, and more,  we have somehow lost noticing the coming of a further catastrophe, namely, that another financial crisis is just around the corner.

The world economy is sleepwalking into a new financial crisis, warns Mervyn King*

Past crashes spawned new thinking and reform but nothing has changed since the 2008 banking meltdown, says former Bank of England boss 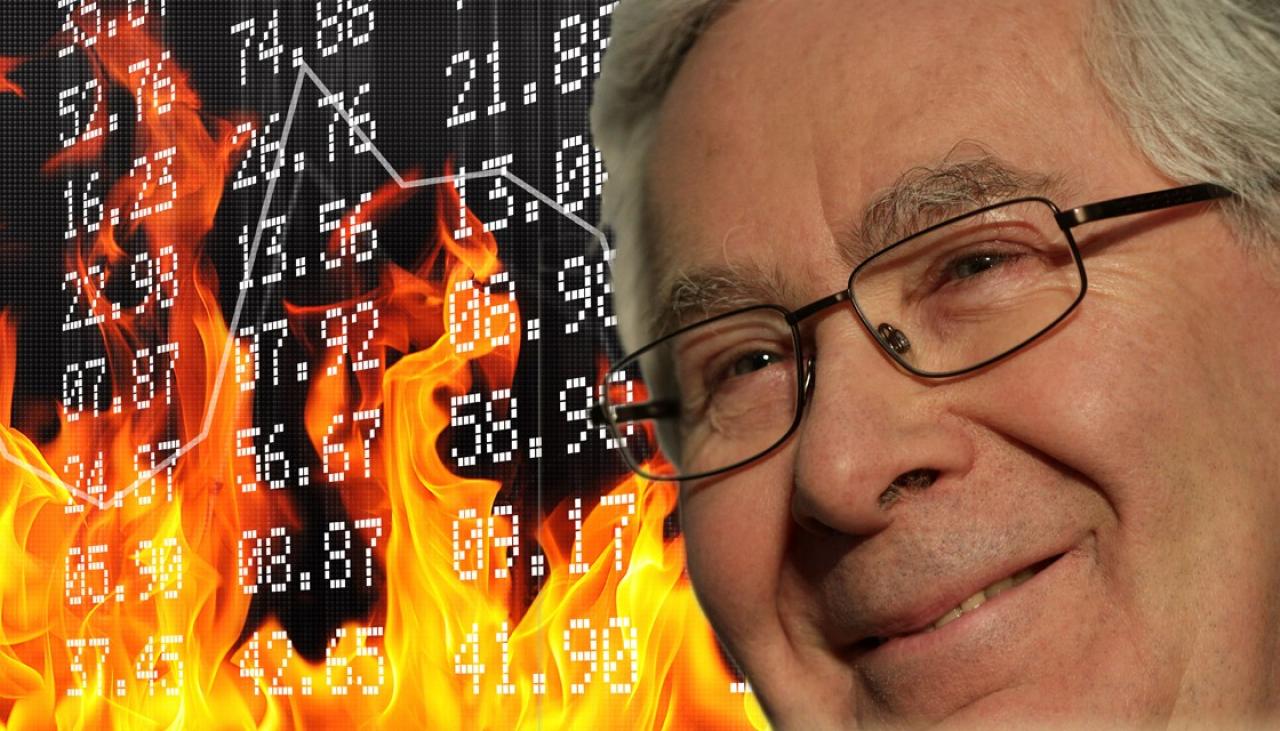 ‘Resistance to new thinking meant a repeat of the financial chaos of the 2008-09 period was looming.’- Lord King. Photo:newshub.co.nz

‘The world is sleepwalking towards a fresh economic and financial crisis that will have devastating consequences for the democratic market system, according to the former Bank of England governor Mervyn King.

Lord King, who was in charge at Threadneedle Street during the near-death of the global banking system and deep economic slump a decade ago, said the resistance to new thinking meant a repeat of the chaos of the 2008-09 period was looming.

Giving a lecture in Washington at the annual meeting of the International Monetary Fund, King said there had been no fundamental questioning of the ideas that led to the crisis of a decade ago.

“Another economic and financial crisis would be devastating to the legitimacy of a democratic market system,” he said. “By sticking to the new orthodoxy of monetary policy and pretending that we have made the banking system safe, we are sleepwalking towards that crisis.”

He added that the US would suffer a “financial armageddon” if its central bank – the Federal Reserve – lacked the necessary firepower to combat another episode similar to the sub-prime mortgage sell-off.

King, Mark Carney’s predecessor as Bank of England governor, said that following the Great Depression of the 1930s there had been new thinking and intellectual change.

“No one can doubt that we are once more living through a period of political turmoil. But there has been no comparable questioning of the basic ideas underpinning economic policy. That needs to change.”

The former Bank governor said the economic and political climate had rarely been so fraught, citing the US-China trade war, riots in Hong Kong, problems in key emerging countries such as Argentina and Turkey, the growing tensions between France and Germany over the future direction of the euro, and the increasingly bitter political conflict in the US at a time when the willingness of the US to act as the world’s policeman was disappearing.

“Ripples on the surface of our politics have become breaking waves as the winds of change have gained force,” he said.

King said the world economy was stuck in a low growth trap and that the recovery from the slump of 2008-09 was weaker than that after the Great Depression.

“Following the Great Inflation, the Great Stability and the Great Recession, we have entered the Great Stagnation.” King said that in 2013 the former US Treasury secretary Larry Summers had reintroduced the concept of secular stagnation, a permanent period of low growth in which ultra-low interest rates are ineffective: “It is surely now time to admit that we are experiencing it.”

Standard models were unhelpful in two important areas of economic policy – getting the world economy out of its low growth trap, and preparing for the next financial crisis.

“Conventional wisdom attributes the stagnation largely to supply factors as the underlying growth rate of productivity appears to have fallen. But data can be interpreted only within a theory or model. And it is surprising that there has been so much resistance to the hypothesis that, not just the United States, but the world as a whole is suffering from demand-led secular stagnation.”

King said the world entered and departed from the global financial crisis with a distorted pattern of demand and output. To escape permanently from a low growth trap involved a reallocation of resources from one component of demand to another, from one sector to another, and from one firm to another.

“There has been excess investment in some parts of the economy – the export sector in China and Germany and commercial property in other advanced economies, for example – and insufficient in others – infrastructure investment in many western countries. To bring about such a shift of resources – both capital and labour – will require a much broader set of policies than simply monetary stimulus.”

He added: “It is the failure to face up to the need for action on many policy fronts that has led to the demand stagnation of the past decade. And without action to deal with the structural weaknesses of the global economy, there is a risk of another financial crisis, emanating this time not from the US banking system but from weak financial systems elsewhere.”

King said it was time for the Federal Reserve and other central banks to begin talks behind closed doors with politicians to make legislators aware of how vulnerable they would be in the event of another crisis.

He said: “Congress would be confronted with a choice between financial Armageddon and a suspension of some of the rules that were introduced after the last crisis to limit the ability of the Fed to lend.”

*This article by Larry Elliott was first published in the Guardian on Sunday 20 October 2019. Read the original article here

At the lecture in Washington at the annual meeting of the International Monetary Fund, 'King said there had been no fundamental questioning of the ideas that led to the crisis of a decade ago.’

I am delighted to note that we, the GCGI Community, have not been asleep, we have been fully awake, discussing, debating, reflecting, trying to understand the 2008 Financial Crisis. Moreover, we have been at the forefront of ‘fundamental questioning’ of the reasons for the crisis, their continuing and deepening nature and our assumed inability to solve them.

Furthermore, perhaps our greatest accomplishment has been our ability not to shy away from the big and challenging questions, and collectively be guided by values-led education, thoughts and ideas, taking action for the common good, making recommendations to build a better, fairer and more harmonious world.

A Perspective from the GCGI

“GLOBALIZATION: THE CHALLENGE TO AMERICA”

“The Power of Purpose and Values: The Path to a Better World”

"Sharing the Wisdom, Shaping the Dream:  Reclaiming the Moral and Spiritual Roots of Economics and Capitalism"