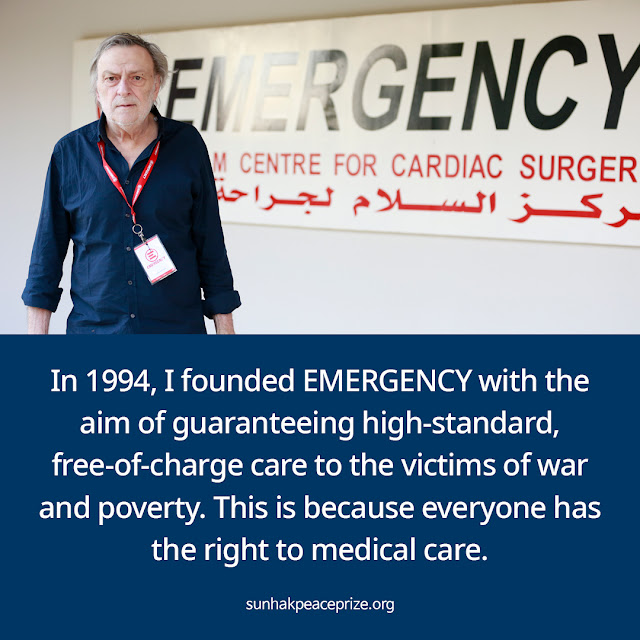 Dr. Gino Strada, the surgeon who carried out over 30,000 operations in conflict zones such as Sudan, Uganda, Cambodia, Iraq, Yemen and Afghanistan, mostly on desperate people caught in the crossfire of war. He wanted to create facilities ‘you would be happy to have one of your family members treated in’. 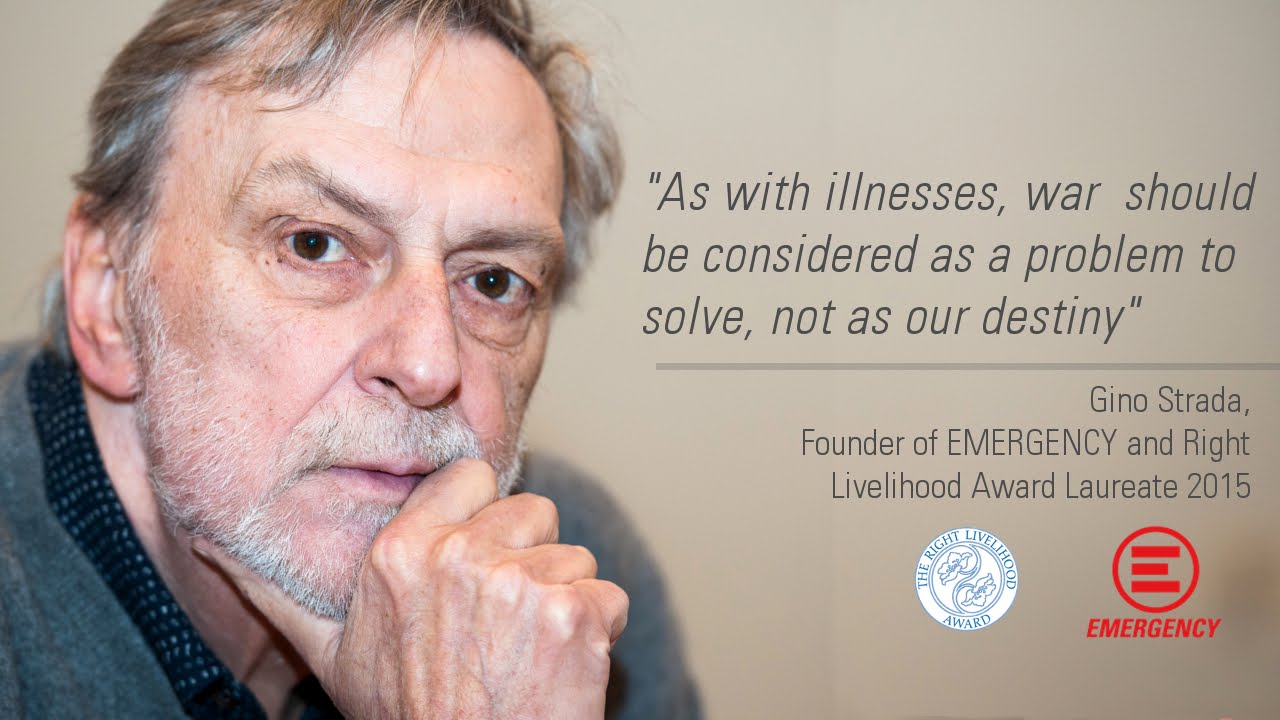 ABOLISHING WAR IS URGENTLY NEEDED, AND THIS IS ACHIEVABLE

'RIP ‘Maestro of humanity’, Dr. Gino Strada, a dear friend to the world, the unsung hero to the poverty stricken and victims of war, for your generosity, kindness, compassion, commitment and extreme hard work on behalf of those in trouble and pain. I can only say that the world has lost a good friend and comrade. I am praying in my own way for Dr. Gino, may God grant him eternal rest; he was, in the old idiom, a lovely man, who, if required, may still be a peacemaker in heaven.'-Kamran Mofid

‘Tributes have been paid to Gino Strada, the Italian surgeon and “maestro of humanity” known for setting up world-class hospitals for the victims of war, who has died aged 73.

The medic, who in 1994 co-founded the humanitarian organisation Emergency to provide free, quality healthcare for those injured in conflict, died on Friday in France, reports said.

Rossella Miccio, the chair of Emergency, said the news had come as a shock. “No one was expecting this. We are dazed and distressed,” she told Corriere della Sera. “It is a huge loss for the whole world. He did all he could to make the world a better place. We will miss him enormously.”

A heart and lung transplant surgeon by training, Strada embarked on a mission to help heal those caught up in some of the world’s bloodiest and most intractable conflicts, including in Afghanistan, Iraq and Yemen.

Emergency started its work in Rwanda during the genocide, and says it has gone on to treat more than 11 million people in 19 countries. The organisation currently operates in Afghanistan, where it has a world-renowned surgical centre, Eritrea, Iraq, Sierra Leone, Uganda, Yemen and Sudan, as well as Italy.

Strada told the Observer in 2013 that the hospitals he set up needed to be at least equal to – if not better than – those in the west.

“If you think of medicine as a human right, then you cannot have some hospitals that offer sophisticated, very effective, hi-tech medicine, and then go to Africa and think, ‘OK, here’s a couple of vaccinations and a few shots’,” he said. “Do we think that we human beings … are all equal in rights and dignity, or not? We say, ‘Yes, we are.’”

The aim was, he said, to create facilities “that you would be happy to have one of your family members treated in”.

Strada’s daughter, Cecilia Strada, said on Facebook that she had not been with him when he died, as she was onboard a rescue ship for the NGO ResQ – People Saving People.

“Friends, as you’ll have seen, my father is no longer with us. I can’t reply to your many messages … because I’m in the middle of the sea and we have just performed a rescue,” she wrote. “And this I was taught by my father and mother.”

Strada’s wife, Teresa Sarti, with whom he founded Emergency, died in 2009.

Renzo Piano, the Italian architect who designed a paediatric surgical hospital for Emergency in Entebbe, Uganda, said he had learned a lot from Strada, and that his death was “a big loss”.

Piano said he had last spoken to Strada a few days ago, as the two men tried to find a way of getting to Uganda for the long-delayed inauguration of the hospital. “The hospital is already working,” he said. “But we never got the moment where [we] officially opened it. The other day we were discussing that: ‘could we try in October?’ It’s very sad.”

Giles Duley first met Strada in 2010 at Emergency’s Salam centre for cardiac surgery in Khartoum, Sudan, documenting the surgeon’s work. Their relationship led in part to the photographer and activist going to Afghanistan the following year, where Duley was severely injured, losing both legs and an arm. It was also Strada’s influence, Duley said, that led to him setting up his own foundation, Legacy of War.

“He was a man of principle and a man who believed in something,” said Duley. “We sadly live in a world now where few people really are principled. We’re surrounded by politicians who are not principled, and many NGOs lack that leadership.

“There was a man who stood up and said what many of us believe: that the cause of so many problems in this world is war, and militarisation, and the profiting of conflict. And he stood up and said: this is what we have to stop.”

On the last few occasions Duley saw Strada, he said he had seemed tired. But he was never going to stop. “He dedicated his life to this work,” Duley said.

“He was a man that had completely and utterly given himself to this. The last few times I met him it was obvious that that had taken a toll on him but there was no way he would ever retire or stop – this was his life, and he dedicated himself to people injured by conflict and those needing heart surgery around the world.”

Strada had an opinion article in Friday’s edition of the Italian daily La Stampa excoriating the US war in Afghanistan, which he decried as a “failure in every possible way”.

Paying tribute to the staff working in Emergency’s health facilities in the country, he wrote: “I cannot write about Afghanistan without thinking primarily of them and of the Afghans who are suffering right now, true ‘war heroes’.”