British democracy is brought to its knees 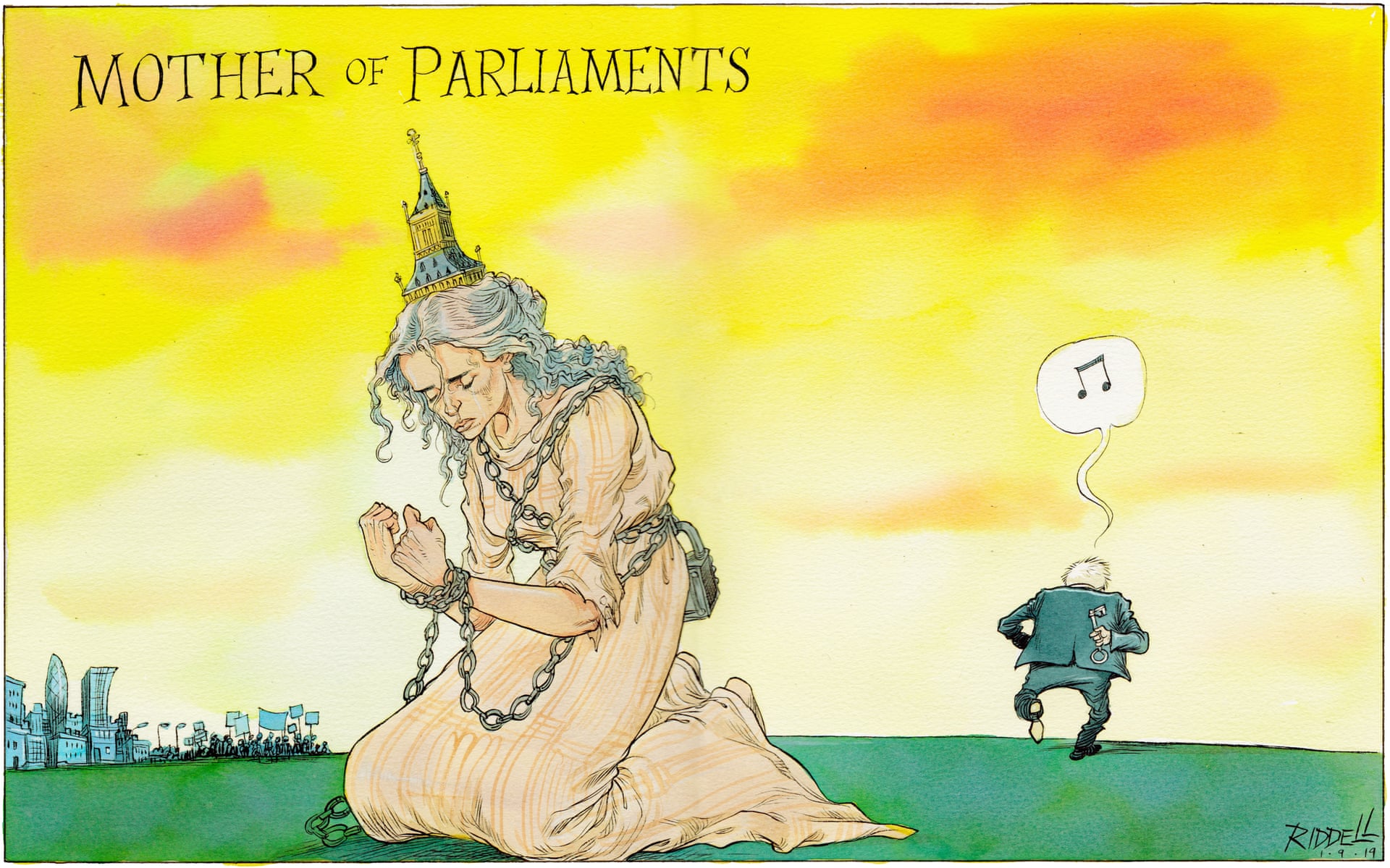 Photo: British democracy is brought to its knees

We have become a land of permanent crisis. This suits the blustering liars of Brexit

‘Boris Johnson’s lies encapsulate Britain’s democratic decay. They are the bluster of a man who holds parliament and political accountability in contempt. They reveal the corruption of a Brexit movement that has no purpose now other than to secure an empty victory, whatever its original intentions and whatever damage it does to the traditions of Britain’s democracy, once thought to be indestructible and now revealed to be as ephemeral as dust in the wind.’- Continue to read

‘To achieve no-deal Brexit, Boris Johnson has exploited the weakness of our democracy.’

‘Representative democracy is never easy. It’s been obvious for decades that the eight-word British constitution established in 1689 – what the crown assents in parliament is law – is a decaying, time-worn construct on which to protect and advance today’s democracy. It may have seemed “glorious” in the 17th century to hit upon the-then revolutionary notion that the crown can continue, but only if it delegates its monarchial sovereignty to whoever commands a majority in parliament. But it’s a wheeze that today too easily collapses into a highly centralised executive acting dictatorially because of its monarchial authority – and becomes toxic if that dictatorial dimension becomes legitimised by the “will of the people” in a referendum. A constitution with a bias to being an elective dictatorship, as Lord Hailsham famously characterised it, too easily slides into dictatorship by referendum.’- Continue to read

‘Weimar warns us about what happens when politicians give up on their own parliament.’- Richard J Evans

Are there any Paradigms and parallels, between then and now, Britain and Germany?

‘At first glance, there are obvious parallels, not least with the UK: democratic institutions such as parliament and the press are widely distrusted; the political system is polarised. As in the Weimar Republic, there are rising physical threats against politicians, and the language of betrayal is back in vogue. The left is divided, and nationalism and nostalgia are in the air—in some circles the British Empire is being lauded just as the supposedly glorious medieval German Empire was in the 1920s and early 1930s. There are economic parallels, too, between the Depression and the long shadow cast by the financial crisis of 2008…’- Continue to read

My Lord, My Lord, Why Have You Forsaken Us!!

A  man, voted our prime minister, by just 0.13 per cent of the population, roughly the size of a decent football crowd, is shutting down people’s elected parliament, and calls this act of barbarism ‘Democracy’!!