A Touching Story of Love, Friendship, Commitment and Loss 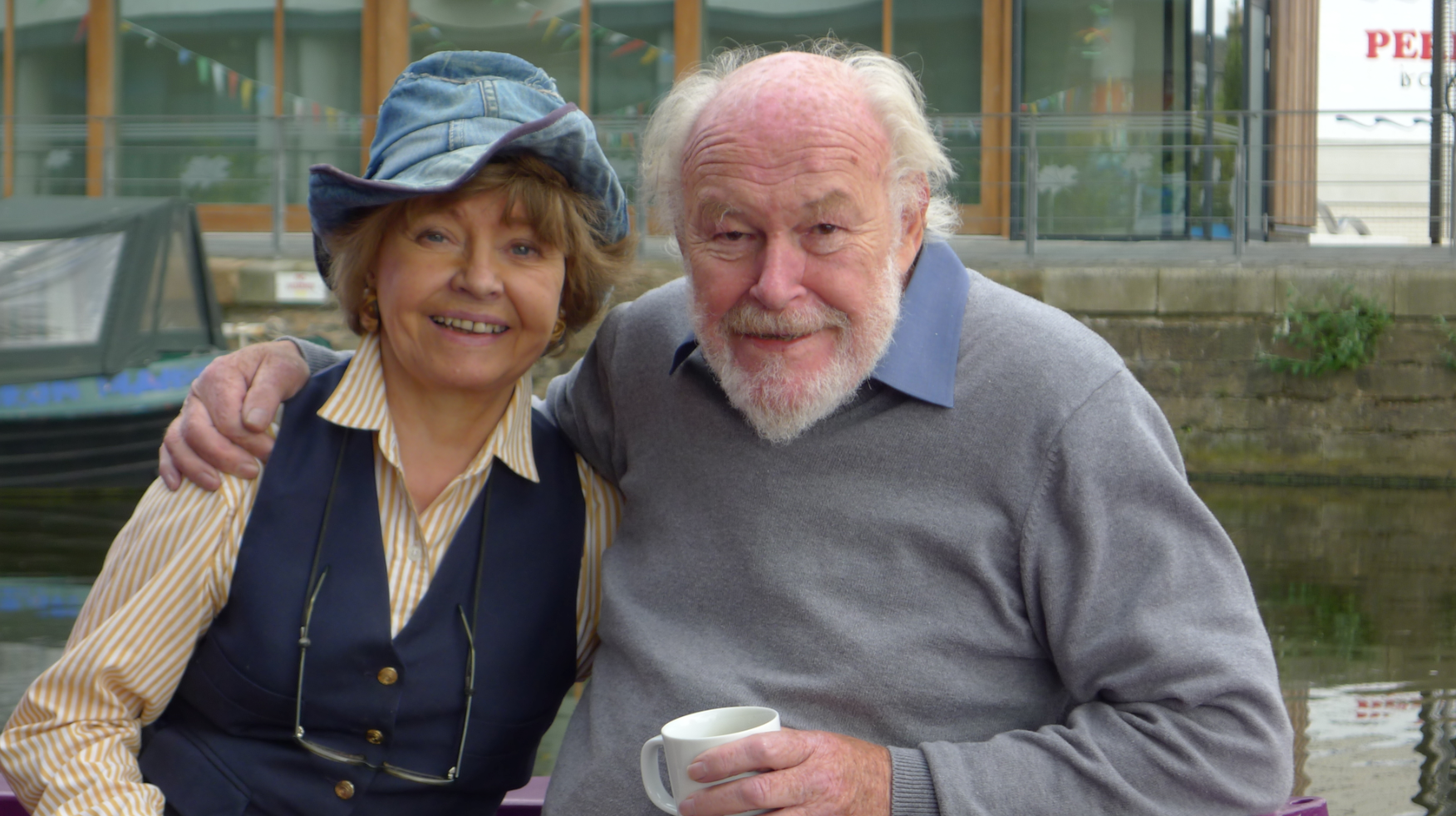 ‘The swansong of Timothy West and Prunella Scales’s narrowboat adventures aired this week, having elevated the humble travelogue to a touching saga of love and loss.’

‘This was the swansong, and in the loveliest of many lovely moments, Fairport Convention came on board at Cropredy to perform the exquisitely appropriate: “Who knows how my love grows? And who knows where the time goes?” Oh, for a little more time. But what times we’ve had.’

N.B. My wife, Annie, and I have been watching this beautiful and moving series of journeys, or as I would like to call-Love and Life Stories- over the last few years. We have been touched by them. They have encouraged us to think about our own lives, our own stories and journeys. We, too, growing older together are wondering and pondering on our own swansong: Who knows how my love grows? And who knows where the time goes?” Oh, for a little more time. But what times we’ve had.’

In short, we have been travelling with them, sharing their nostalgic reflections. Recalling and remembering the places that we had been to, the places and moments that are so important to our lives also.

The other memorable of their canal journeys is when they went back to Llangollen, Denbighshire, North Wales, where they spent their honeymoon. Reminiscing over how their relationship has survived and thrived over the past 50 years. The journey took us all to the picturesque sights of the Vale of Llangollen and the Montgomery Canal, before travelling on a horse-drawn barge up the Horseshoe Falls.

Wow! What a nostalgic journey for us too. Llangollen is very special to us, where we have been holidaying and touring for the last twenty years or so. We have got to know the region very well and it is our dream to retire there.

Thank you Timothy West and Prunella Scales for letting us into your Swansong...

‘My name’s Timothy West, and this is my wife, Prunella Scales.” Much of the tender magic of Great Canal Journeys is in that proud, robustly jolly, semi-formal introduction, habitually included in the narration as one venerated actor refers to his beloved other. The Channel 4 show – the probable last episode of which was broadcast last night – is one of many travel series that amount to watching celebrities go on holiday, but it’s one of the few that truly feels as if it’s inviting us to come along too.

West and Scales have no need to feign canal enthusiasm for the cameras. In their show’s best episodes, they revisit their own, real narrowboating holidays, re-enacting scenes from a romance that’s endured for more than half a century. A simple thing that sets them apart is that they’re a lot older than almost anyone else on British television. What has made this series such a gift is their willingness to share the emotion of navigating that last phase of life together, a bittersweetness made all the more powerful by Scales’s Alzheimer’s disease. West is the boat’s skipper, cajoling and comforting and forever worrying about the welfare of his mate.

The success of the series has demanded that Tim and Pru venture overseas, as near as France and as far as India. Their foreign jaunts were fine, but this new trip put them back where they look most comfortable, in the veins of green England. Going up the familiar Oxford Canal from Banbury in Oxfordshire to Braunston in Northamptonshire offered a chance to relax, enjoy choice excerpts from previous seasons, and update us on the topic discussed whenever we and they reconvene: how Pru’s doing. The news was not good.

Since the first instalment in 2014, the series has charted the long, slow goodbye that is living with dementia, cherishing every moment of precious normality and celebrating how an immersion in nature is the surest way to bring the old Pru back. But that task of loving a person whose powers are fading only ever gets harder. Now we heard not only that Pru’s mental decline was accelerating, but that deafness was also encroaching.

The show’s editors have been masters of holding the shot for an extra second after Tim has finished speaking, long enough for us to discern pain clouding the full-hearted, wrinkly eyed smile that takes over his face when he talks about how happy Pru makes him. As Tim explained that Pru’s hearing loss was denying him the pleasure of ordinary conversation – the quick exchange of ideas and feelings with his best friend, treasured every day since 1963 – we saw more sadness than smile.

This episode was broadcast on West’s 85th birthday and possessed an air of soft valediction throughout. In the ancient St Peter’s Church at Wormleighton, Warwickshire, the vicar boldly asked for clarification of what the rest of the programme was only hinting at: was this the couple’s last ever Great Canal Journey? Tim looked at Pru and thought about the bustling community of hobbyists and holidaymakers on Britain’s manmade waterways. “They can carry on without us. I just wonder if we can carry on without them.”

So a saga that has been – quietly, let’s not make a fuss about it – one of the greatest love stories on TV seems to be over. There’s another new episode next week, but it’s even more heavily based on old clips, with the linking scenes showing Tim taking care of Pru at home rather than judging tight turns and ratcheting locks.

This was the swansong, and in the loveliest of many lovely moments, Fairport Convention came on board at Cropredy to perform the exquisitely appropriate Who Knows Where the Time Goes? “Who knows how my love grows? And who knows where the time goes?” Oh, for a little more time. But what times we’ve had.’

* This article by Jack Seale was originally published in the Guardian on Monday 21 October 2019.

Watch some of the journeys here