Reflection on a remarkable prediction

'Given that we now seem to be inhabiting a somewhat medieval world of plague and portent, I’d like to make the case for the prophetic powers of the US journalist Michael Lewis. Last year, his book, The Fifth Risk, identified a new threat to civilisation to set alongside the climate crisis, nuclear war and the rest.

The “fifth risk” was the attack from populist politicians on the idea of good government – bullying and firing independent experts and undermining the deep institutional knowledge of civil servants – in their crowd-pleasing efforts to “dismantle bureaucracy”. Or, in Lewis’s terms, to carelessly destroy “what you never learn that might have saved you”. 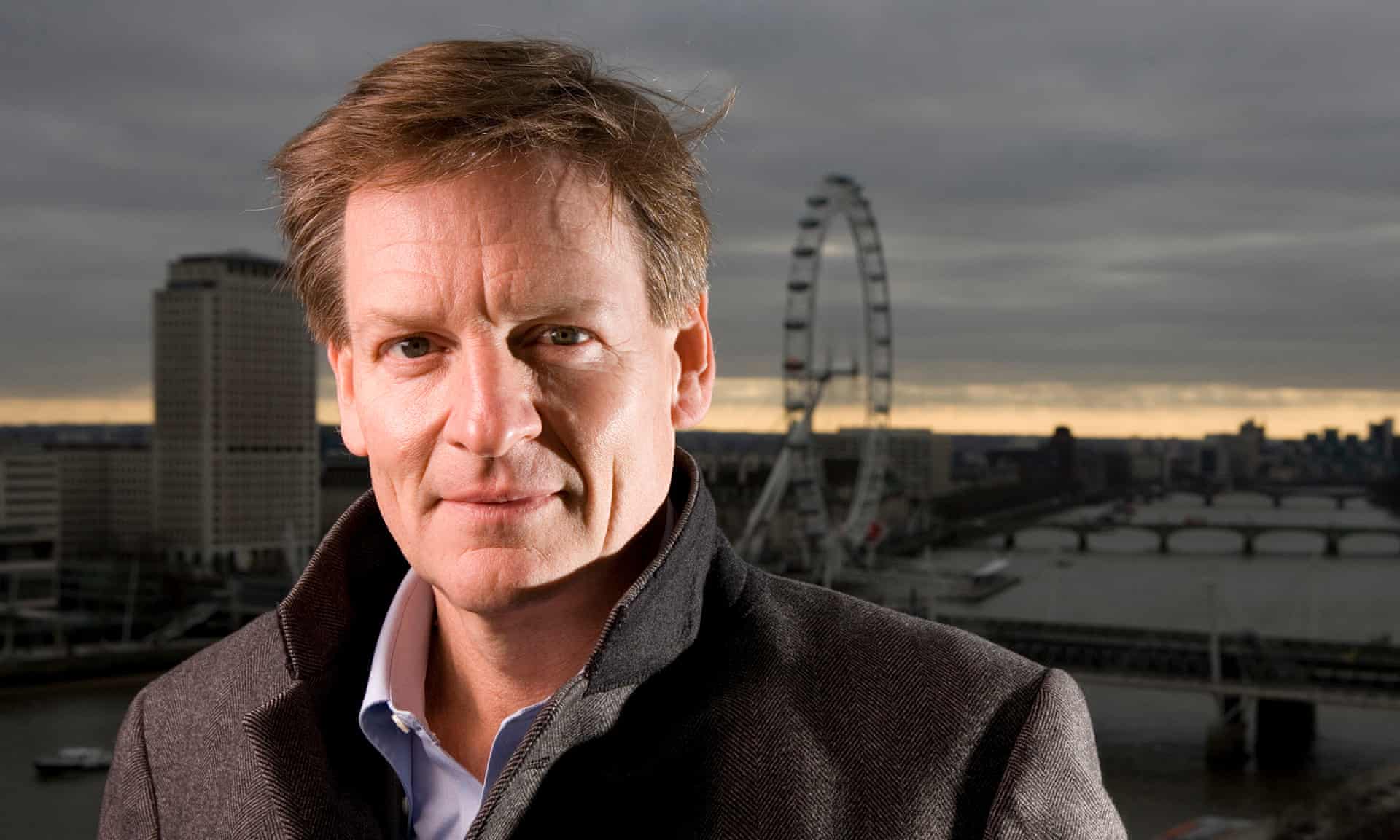 'Michael Lewis, the financial journalist, predicted that it would take something like a pandemic

to expose Donald Trump as not up to the job.'-Photo: The Observer

'He's an idiot': critics say Trump has failed the US in this test of reassurance 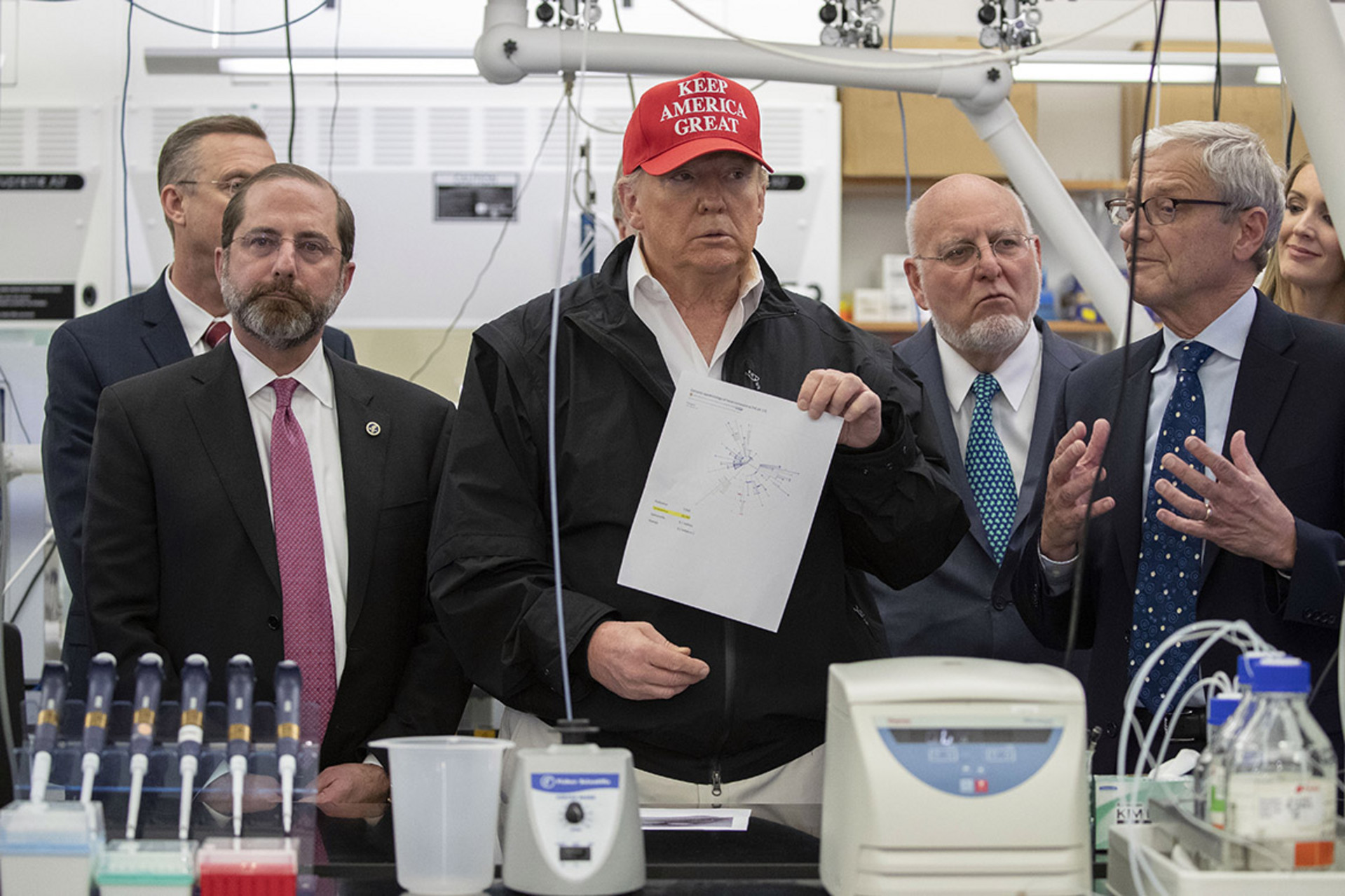 He responded to the pandemic with denial and blaming foreigners. His incompetence and selfishness has now proved lethal.

‘The US is on course to be severely ravaged by the coronavirus outbreak due to a delayed and dysfunctional testing regime and misleading messaging from the Trump administration, public health experts have warned.’

And then, the ‘America First’ demagogue, populist ‘administration rejected World Health Organization testing kits in favor of developing its own, which turned out to be faulty…’-Oliver Milman, The Guardian, 15 March 2020

‘I spoke to Lewis in December and wondered if he could imagine anything that might challenge that drift in our politics, that might make us desire leaders with a respect for independent expertise within robust public institutions.

“For people to suddenly start to value what good government does,” Lewis said, “I think there will have to be something that threatens a lot of people at once. The problem with a wildfire in California, or a hurricane in Florida, is that for most people it is happening to someone else. I think a pandemic might do it, something that could affect millions of people indiscriminately and from which you could not insulate yourself even if you were rich.”

I remember thinking at the time that the notion seemed wildly far-fetched. Four months on, it seems we will get the chance to find out if he was on the money.’-Tim Adams 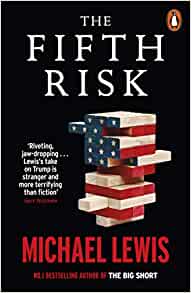 From the Back Cover

'The election happened ... And then there was radio silence.'

The morning after Trump was elected president, the people who ran the US Department of Energy - an agency that deals with some of the most powerful risks facing humanity - waited to welcome the incoming administration's transition team. Nobody appeared. Across the US government, the same thing happened: nothing.

People don't notice when stuff goes right. That is the stuff government does. It manages everything that underpins our lives from funding free school meals, to policing rogue nuclear activity, to predicting extreme weather events. It steps in where private investment fears to tread, innovates and creates knowledge, assesses extreme long-term risk.

And now, government is under attack. By its own leaders.

In The Fifth Risk, Michael Lewis reveals the combustible cocktail of wilful ignorance and venality that is fuelling the destruction of a country's fabric. All of this, Lewis shows, exposes America and the world to the biggest risk of all. It is what you never learned that might have saved you. Buy the Book

In the coronavirus crisis, our leaders are failing us

‘As I learned in the 2008 crash, a global problem requires governments to work together. Today’s populist nationalism puts us all at risk.’-Gordon Brown, UK prime minister from 2007 to 2010 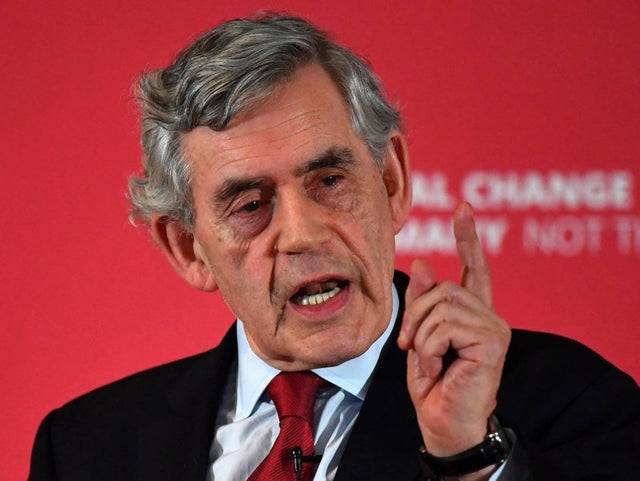 ‘Of course, the very idea of global collaboration – and the convening of what would be a “virtual” G20 – sits uneasily with the “America first”, “China first”, “India first” and “Russia first” populist nationalism that has been subdividing our world. Since the high point of cooperation in 2009, nationalists have been in the ascendant – building walls, closing borders, clamping down on immigrants and imposing tariffs. And what was first a protectionist nationalism has morphed into an aggressive us-versus-them unilateralism.’  In the coronavirus crisis, our leaders are failing us

A reflection on why cooperation has always been the best to understand, address and resolve conflicts and crises: In praise of cooperation as an insurance at time of crisis: Lessons as coronavirus spreads around the globe

A reflection on why selfishness has trumped cooperation: Have We lost the Art of Knowing What it Means to Be Human?