Lest We Forget Mr. Trump- This is a bird’s-eye view of your country today, as it has been for a very very long time:

‘We don’t get enough sleep, we’re consumed by stress, we can’t afford to get sick, childcare is exorbitantly expensive, our repressive government makes it difficult for workers to unionize and allows them to be fired arbitrarily, and millions of people aren’t even being paid a living wage (let alone given health care benefits or sick days). Child labor remains a dire problem in the U.S, where the FLSA sets the minimum age for hazardous agricultural work at 16, and child farmworkers as young as eight have been found working in the fields. Exploitation is the rule, not the exception. It’s no wonder that American workers feel so hopeless.’

Surely This is Not the Path to ‘Greatness’ 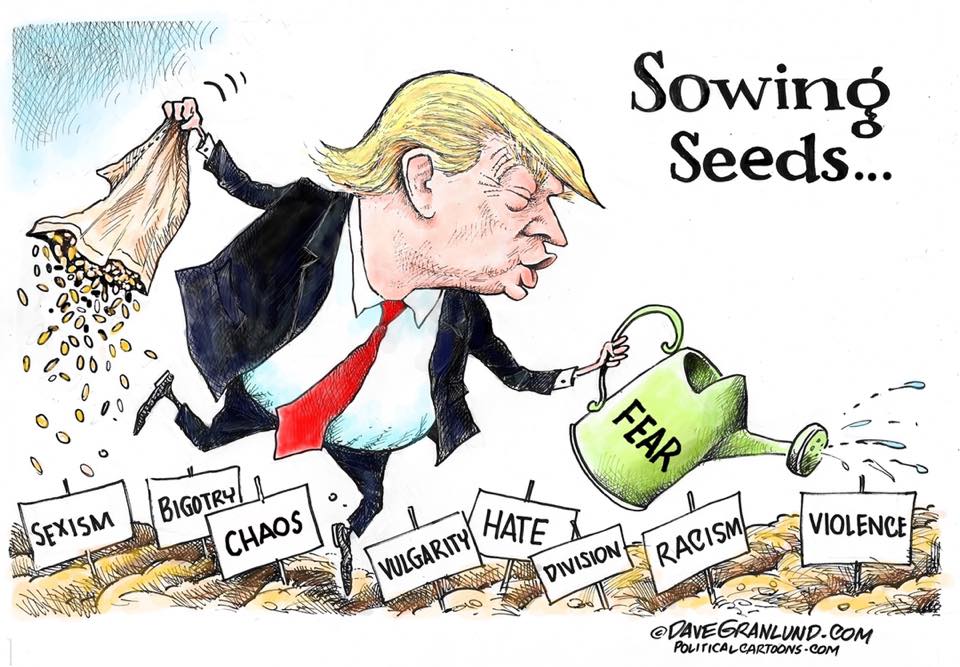 Thus, Mr. Trump, the time is now to stop pretending and believing in your country’s 'Exceptionality’  and also to accept that yours is not the way to ‘Make America Great Again’.

Below your fellow citizen, KIM KELLY, is showing you the possible path to Greatness:

Americans Don’t Have to Work Themselves to Death*

'The Fair Labor Standards Act: What to Know and Why the U.S. Needs New Labor Laws.'

By Kim Kelly, Via teenVOGUE

‘In June 1938, Congress passed one of the most important labor laws in U.S. history. The Fair Labor Standards Act (FLSA) was passed during the New Deal era of social and economic reforms, and marked the first appearance of a federal minimum wage. It was championed by trailblazing secretary of labor Frances Perkins, Clara Mortenson Beyer of the Bureau of Labor Standards, and Representative Mary Teresa Norton, the first woman member of the Democratic Party elected to Congress, and signed into law by President Franklin Delano Roosevelt. The law was bitterly opposed by conservatives, who cried that it would lead the country into “tyrannical industrial dictatorship,” but despite their protests, the minimum wage was indeed won. In 1938, it was $0.25 per hour (worth about $4.45 today). As of 2009, it was still only $7.25. Chew on that for a minute, but not too hard; Lord knows none of us can afford a dentist in this country. 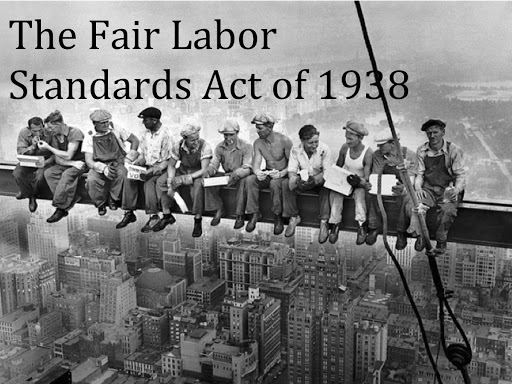 In the 1930s, guaranteeing hourly workers even that paltry sum was seen as a radical move, and getting these protections secured took years of struggle, both within the halls of power and out in the streets. Despite its flaws, the FLSA was truly groundbreaking for its time, and it paved the way for the more expansive legislation that followed. The law’s other highlights included implementing overtime pay, requiring that employers keep records of wages and hours, and setting standards for child labor (not eliminating it, mind you, but adding some basic restrictions). The law applied to full-time and part-time workers in the private sector as well as the federal, state, and local governments — with a bevy of exceptions. The workers it left out were (and generally still are) the most marginalized, and vulnerable to exploitation and mistreatment.

Like much of the U.S.’s major labor legislation, the law is rife with exemptions and special allowances. One of its most shocking provisions allows student workers or those with mental or physical disabilities to be paid a subminimum wage. Thankfully, there are currently two bills in Congress that would address this injustice, and Democratic presidential candidate Joe Biden has pledged to end the practice, but that still means that for the past 82 years, people with disabilities — who already face myriad barriers to entering the workforce — have been paid even less than our already pathetic minimum wage. And they aren’t the only ones. Workers like bartenders and restaurant staff who receive tips as part of their job are also exempt from the FLSA; their federal base rate of pay is only $2.13. While employers are required to make up the difference, not all of them do, and wage theft is rampant within these industries. Now that the coronavirus pandemic has kneecapped the restaurant and nightlife industries and continues to disproportionately affect people who are disabled, it sure seems like a good time to correct these outdated outrages.

At a time when the workday could stretch up to 18 hours, the demand for “eight hours for work, eight hours for rest, eight hours for what we will” was seen as a revolutionary dream. Now, to modern workers, it almost sounds like a vacation. The erosion of once steady industries like manufacturing, the rise of the gig economy, the fact that only about 10% of U.S. workers are protected by union contracts, and the overall dearth of well-paying jobs for people without expensive degrees or privileged backgrounds means that many workers in this country would be hard-pressed to get away with working “only” eight hours in a given day.

Those who care for children or other family members also face additional hours of unpaid labor once they return home from their other jobs (so much for those eight hours of rest), and hourly workers in industries like retail or fast food often don’t even know when their next shift will be scheduled (so much for doing what we will). Those with office jobs often find themselves sucked into a competitive workplace culture that demands employees make themselves available at a moment’s notice. Even when they’re off the clock, they find themselves answering work emails at midnight or fielding calls from the boss on their day off. Americans are working themselves to death — and remember, this is progress. If the capitalist class had their way back in 1938, we’d all still be working 14-hour days; now, we usually only work closer to nine.

The U.S. has certainly earned its reputation for being a nation of hard workers, but that’s not necessarily a positive endorsement of the realities of work in this country. In many other countries, work looks a lot different, and — much like what happens when they hear about the cruelties of our abysmal health care system — people living elsewhere are often shocked at what the average American worker goes through. In the U.S., people work extremely long hours compared to many other countries. Workers lucky enough to have access to paid time off seldom take their vacation days (and get far fewer of them than their European counterparts). There is no federal parental leave policy, which means that people who give birth have no legal support to stay home instead of heading straight back to work. Many of us don’t even take our lunch breaks, if we have them, and don’t leave any time to socialize or recharge during the workday.

We don’t get enough sleep, we’re consumed by stress, we can’t afford to get sick, childcare is exorbitantly expensive, our repressive government makes it difficult for workers to unionize and allows them to be fired arbitrarily, and millions of people aren’t even being paid a living wage (let alone given health care benefits or sick days). Child labor remains a dire problem in the U.S, where the FLSA sets the minimum age for hazardous agricultural work at 16, and child farmworkers as young as eight have been found working in the fields. Exploitation is the rule, not the exception. It’s no wonder that American workers feel so hopeless.

And even now that the coronavirus pandemic has reshaped the way that millions of people work — and left tens of millions more unemployed — the evolving culture of work has still found a way to remain toxic and harmful. The shift toward working from home has unleashed a whole new level of hell upon workers who have children or other dependent family members, or who are stuck in cramped living spaces, or who are now expected to be available for Zoom calls and video chats and emails 24/7 because they “have nothing else going on.” People who are now unemployed are worried about what will happen once the unemployment money runs out and the rent check is due. The entirety of the U.S. capitalist system is set up to fail the poor and working class and line the pockets of the rich, and in that way, things are moving along exactly as intended. The only problem is, of course, all the human suffering that comes with it.

But it doesn’t have to be this way, and right now, we have an opportunity to force the kind of societal recalibration that hasn’t been seen since the New Deal. There is already movement toward healthier workplace norms, from Finland (where the prime minister has discussed dramatically shortening the work week) to France (where workers are annually guaranteed 30 days paid vacation).

Our future feels more uncertain with every passing day, but some things have come into sharp focus. We may not abolish work itself anytime soon, but it’s definitely time to tear down our oppressive workplace structures, kill the capitalists in our heads, and build something healthier and more equitable for everyone, no matter their age or ability. The FLSA was a good start, but as the past century — and past few months — have shown, we’ve still got a helluva lot of work to do.’- *This article was first published in teenVOGUE on 10 July 2020

...And finally, Mr. Trump the fundamental question at this moment is: can the United States be reformed?