A timeless story: ‘The poet and the world’

‘The poet and the world’*

‘Nobel prizewinner who viewed the world through poetry’ 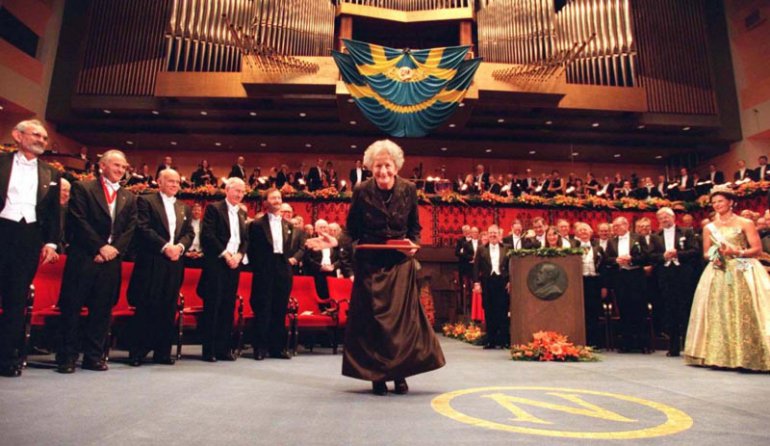 ‘The poet and the world'

They say the first sentence in any speech is always the hardest. Well, that one’s behind me, anyway. But I have a feeling that the sentences to come – the third, the sixth, the tenth, and so on, up to the final line – will be just as hard, since I’m supposed to talk about poetry. I’ve said very little on the subject, next to nothing, in fact. And whenever I have said anything, I’ve always had the sneaking suspicion that I’m not very good at it. This is why my lecture will be rather short. All imperfection is easier to tolerate if served up in small doses.

Contemporary poets are skeptical and suspicious even, or perhaps especially, about themselves. They publicly confess to being poets only reluctantly, as if they were a little ashamed of it. But in our clamorous times it’s much easier to acknowledge your faults, at least if they’re attractively packaged, than to recognize your own merits, since these are hidden deeper and you never quite believe in them yourself … When filling in questionnaires or chatting with strangers, that is, when they can’t avoid revealing their profession, poets prefer to use the general term “writer” or replace “poet” with the name of whatever job they do in addition to writing. Bureaucrats and bus passengers respond with a touch of incredulity and alarm when they find out that they’re dealing with a poet. I suppose philosophers may meet with a similar reaction. Still, they’re in a better position, since as often as not they can embellish their calling with some kind of scholarly title. Professor of philosophy – now that sounds much more respectable.

But there are no professors of poetry. This would mean, after all, that poetry is an occupation requiring specialized study, regular examinations, theoretical articles with bibliographies and footnotes attached, and finally, ceremoniously conferred diplomas. And this would mean, in turn, that it’s not enough to cover pages with even the most exquisite poems in order to become a poet. The crucial element is some slip of paper bearing an official stamp. Let us recall that the pride of Russian poetry, the future Nobel Laureate Joseph Brodsky was once sentenced to internal exile precisely on such grounds. They called him “a parasite,” because he lacked official certification granting him the right to be a poet …

Several years ago, I had the honor and pleasure of meeting Brodsky in person. And I noticed that, of all the poets I’ve known, he was the only one who enjoyed calling himself a poet. He pronounced the word without inhibitions.

Just the opposite – he spoke it with defiant freedom. It seems to me that this must have been because he recalled the brutal humiliations he had experienced in his youth.

In more fortunate countries, where human dignity isn’t assaulted so readily, poets yearn, of course, to be published, read, and understood, but they do little, if anything, to set themselves above the common herd and the daily grind. And yet it wasn’t so long ago, in this century’s first decades, that poets strove to shock us with their extravagant dress and eccentric behavior. But all this was merely for the sake of public display. The moment always came when poets had to close the doors behind them, strip off their mantles, fripperies, and other poetic paraphernalia, and confront – silently, patiently awaiting their own selves – the still white sheet of paper. For this is finally what really counts.

It’s not accidental that film biographies of great scientists and artists are produced in droves. The more ambitious directors seek to reproduce convincingly the creative process that led to important scientific discoveries or the emergence of a masterpiece. And one can depict certain kinds of scientific labor with some success. Laboratories, sundry instruments, elaborate machinery brought to life: such scenes may hold the audience’s interest for a while. And those moments of uncertainty – will the experiment, conducted for the thousandth time with some tiny modification, finally yield the desired result? – can be quite dramatic. Films about painters can be spectacular, as they go about recreating every stage of a famous painting’s evolution, from the first penciled line to the final brush-stroke. Music swells in films about composers: the first bars of the melody that rings in the musician’s ears finally emerge as a mature work in symphonic form. Of course this is all quite naive and doesn’t explain the strange mental state popularly known as inspiration, but at least there’s something to look at and listen to.

But poets are the worst. Their work is hopelessly unphotogenic. Someone sits at a table or lies on a sofa while staring motionless at a wall or ceiling. Once in a while this person writes down seven lines only to cross out one of them fifteen minutes later, and then another hour passes, during which nothing happens … Who could stand to watch this kind of thing?

I’ve mentioned inspiration. Contemporary poets answer evasively when asked what it is, and if it actually exists. It’s not that they’ve never known the blessing of this inner impulse. It’s just not easy to explain something to someone else that you don’t understand yourself.

When I’m asked about this on occasion, I hedge the question too. But my answer is this: inspiration is not the exclusive privilege of poets or artists generally.

There is, has been, and will always be a certain group of people whom inspiration visits. It’s made up of all those who’ve consciously chosen their calling and do their job with love and imagination. It may include doctors, teachers, gardeners – and I could list a hundred more professions. Their work becomes one continuous adventure as long as they manage to keep discovering new challenges in it. Difficulties and setbacks never quell their curiosity. A swarm of new questions emerges from every problem they solve. Whatever inspiration is, it’s born from a continuous “I don’t know.”

There aren’t many such people. Most of the earth’s inhabitants work to get by. They work because they have to. They didn’t pick this or that kind of job out of passion; the circumstances of their lives did the choosing for them. Loveless work, boring work, work valued only because others haven’t got even that much, however loveless and boring – this is one of the harshest human miseries. And there’s no sign that coming centuries will produce any changes for the better as far as this goes.

And so, though I may deny poets their monopoly on inspiration, I still place them in a select group of Fortune’s darlings.

At this point, though, certain doubts may arise in my audience. All sorts of torturers, dictators, fanatics, and demagogues struggling for power by way of a few loudly shouted slogans also enjoy their jobs, and they too perform their duties with inventive fervor. Well, yes, but they “know.” They know, and whatever they know is enough for them once and for all. They don’t want to find out about anything else, since that might diminish their arguments’ force. And any knowledge that doesn’t lead to new questions quickly dies out: it fails to maintain the temperature required for sustaining life. In the most extreme cases, cases well known from ancient and modern history, it even poses a lethal threat to society.

This is why I value that little phrase “I don’t know” so highly. It’s small, but it flies on mighty wings. It expands our lives to include the spaces within us as well as those outer expanses in which our tiny Earth hangs suspended. If Isaac Newton had never said to himself “I don’t know,” the apples in his little orchard might have dropped to the ground like hailstones and at best he would have stooped to pick them up and gobble them with gusto. Had my compatriot Marie Sklodowska-Curie never said to herself “I don’t know”, she probably would have wound up teaching chemistry at some private high school for young ladies from good families, and would have ended her days performing this otherwise perfectly respectable job. But she kept on saying “I don’t know,” and these words led her, not just once but twice, to Stockholm, where restless, questing spirits are occasionally rewarded with the Nobel Prize.

Poets, if they’re genuine, must also keep repeating “I don’t know.” Each poem marks an effort to answer this statement, but as soon as the final period hits the page, the poet begins to hesitate, starts to realize that this particular answer was pure makeshift that’s absolutely inadequate to boot. So the poets keep on trying, and sooner or later the consecutive results of their self-dissatisfaction are clipped together with a giant paperclip by literary historians and called their “oeuvre” …

I sometimes dream of situations that can’t possibly come true. I audaciously imagine, for example, that I get a chance to chat with the Ecclesiastes, the author of that moving lament on the vanity of all human endeavors. I would bow very deeply before him, because he is, after all, one of the greatest poets, for me at least. That done, I would grab his hand. “‘There’s nothing new under the sun’: that’s what you wrote, Ecclesiastes. But you yourself were born new under the sun. And the poem you created is also new under the sun, since no one wrote it down before you. And all your readers are also new under the sun, since those who lived before you couldn’t read your poem. And that cypress that you’re sitting under hasn’t been growing since the dawn of time. It came into being by way of another cypress similar to yours, but not exactly the same. And Ecclesiastes, I’d also like to ask you what new thing under the sun you’re planning to work on now? A further supplement to the thoughts you’ve already expressed? Or maybe you’re tempted to contradict some of them now? In your earlier work you mentioned joy – so what if it’s fleeting? So maybe your new-under-the-sun poem will be about joy? Have you taken notes yet, do you have drafts? I doubt you’ll say, ‘I’ve written everything down, I’ve got nothing left to add.’ There’s no poet in the world who can say this, least of all a great poet like yourself.”

But “astonishing” is an epithet concealing a logical trap. We’re astonished, after all, by things that deviate from some well-known and universally acknowledged norm, from an obviousness we’ve grown accustomed to. Now the point is, there is no such obvious world. Our astonishment exists per se and isn’t based on comparison with something else.

It looks like poets will always have their work cut out for them.

Translated from Polish by Stanislaw Baranczak and Clare Cavanagh

*This article was originally published in The Nobel Prize

But, nonetheless, what I know is that:

Poetry is the key which unlocks the gates of wisdom

Poetry can help us lead a better life 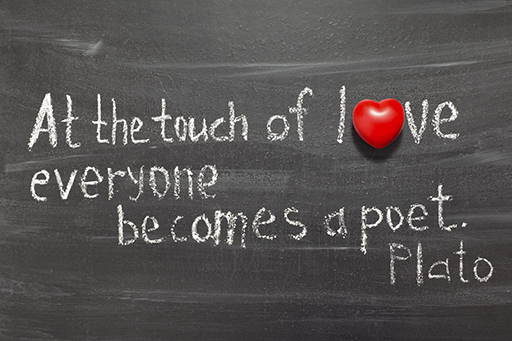 Here's why we shouldn't give up on poetry