Two brothers, one hugely famous and the other not so much so. This is the telling story of one them 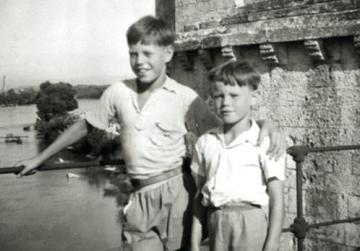 Rolling Stones'Mick Jagger's younger brother Chris - who worked as a cabbie and wears charity shop clothes -opened up about his life in his new book, Talking To Myself’

‘He's the Jagger who drives second-hand cars and buys his clothes from charity shops, worked as a cabbie, rehearses his music in a barn and performs it in the back-rooms of pubs.

The Jagger who travelled the world sleeping under the stars, not in the penthouse suites of five-star hotels and once lived in a council B&B while his elder brother owned a string of mansions.

But Chris Jagger has managed to do one thing Sir Mick is yet to get round to: write a book about his fascinating life.

The 73-year-old musician, writer and former actor has made a dozen albums, shared a stage with Pierce Brosnan, been on a journalistic mission to Tibet, made blues documentaries for TV and written lyrics for two Rolling Stones albums.

So he has a story worth telling. 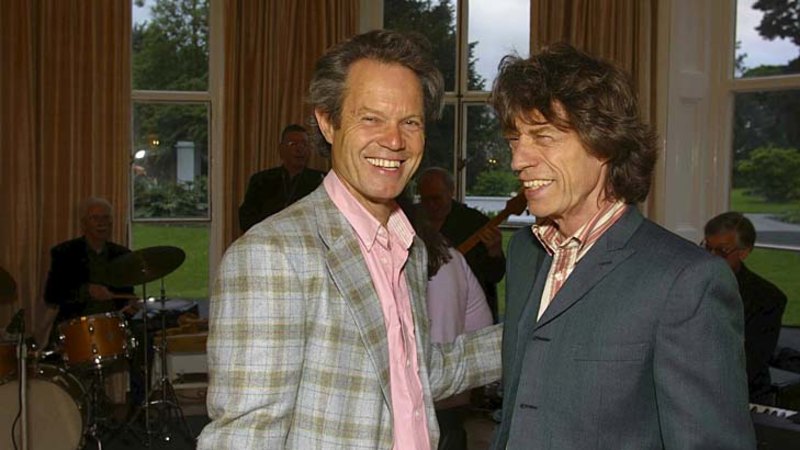 And unlike Mick, who returned the £1million advance for his autobiography because he found the past too difficult to face, Chris embraces his history.

He tells of the close relationship the siblings had growing up in the 1950s, and what it felt like to be in London at the centre of the Swinging Sixties.

I tell him how jealous I was reading about the constant stream of A-listers he was introduced to back then, but life has left him unimpressed with fame.

“Sure, I got the introductions to people like John Lennon and Jimi Hendrix, which is all very well,” he replies in the distinctive adenoidal voice his brother is famed for.

“But then when you open your mouth if you haven’t got much to say, they’ll soon walk away.” The people who most impressed him were those who showed humility and a genuine interest in others outside their own level of fame.

“Someone like Marlon Brando listened to you. I told him a story about being in India and some crazed buffalo coming at me, and a bit later on he said, ‘You can act.’ I said ‘How do you know? You’ve never seen me’, and he said, ‘You just did it. Acting is only telling stories.’

“I’d watch Pete Townshend go to the edge of the stage and chat with the fans. He would listen and talk.

“It’s famous people who are generous with their time who are the most impressive.

“Those who just say ‘Hi’ and walk on, no matter what they’ve done, just aren’t.”

Chris and his wife of 40 years Kari-Ann live in a farmhouse near Glastonbury in Somerset.

She teaches yoga in the barn in which he and his band rehearsed his latest album, Mixing Up The Medicine, out this month. Kari-Ann, a Mary Quant model in the 1960s, also appeared on the cover of Roxy Music’s 1972 debut album. Between them they have five grown-up sons (two from her previous marriage, one from his, and two together) and 14 grandchildren.

We talk a week after the death of Rolling Stones drummer Charlie Watts and Chris is still in shock.

“Charlie was a lovely guy who I knew for many years.

“I loved him and hearing of his death was so sad. He was the bedrock on which the band was based and it won’t be the same again. It makes you realise we are all getting old and counting down the years. But things move on. I’ve got lots of grandchildren so you just hope for the future and show them things.

“My father was a teacher. He was all about bettering himself...”- Continue to read

“Talking to Myself” and “Mixing Up the Medicine” 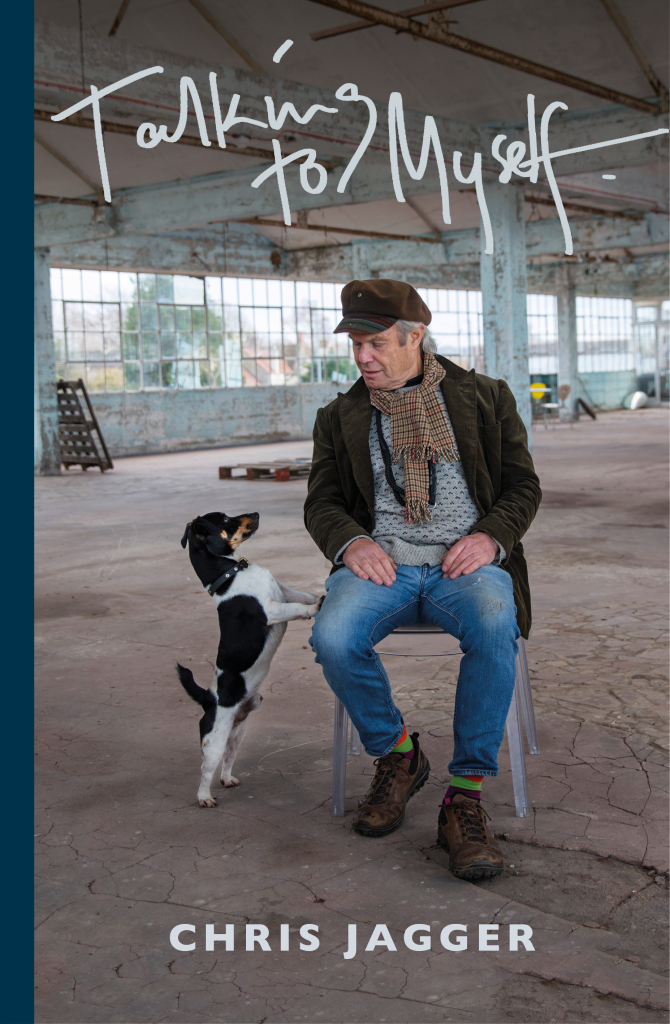 ‘It’s Chris Jagger’s turn to lift the lid on one of the most colourful and exotic periods in British cultural history as he unrolls an insider’s tale of growing up among the bombsites and ration books of post-war Dartford, weaving through the glittery underground of late 1960s countercultural London, spending months in India before most trod that path, the highs and lows of acting and film work, and pursuing his own unique musical adventures that have resulted in a number of albums and gigs across the world. Ultimately though it’s the beguiling story of a close-knit family and deep brotherly ties, which endure from both sides of the spectrum.-- Buy ‘Talking to Myself’ HERE 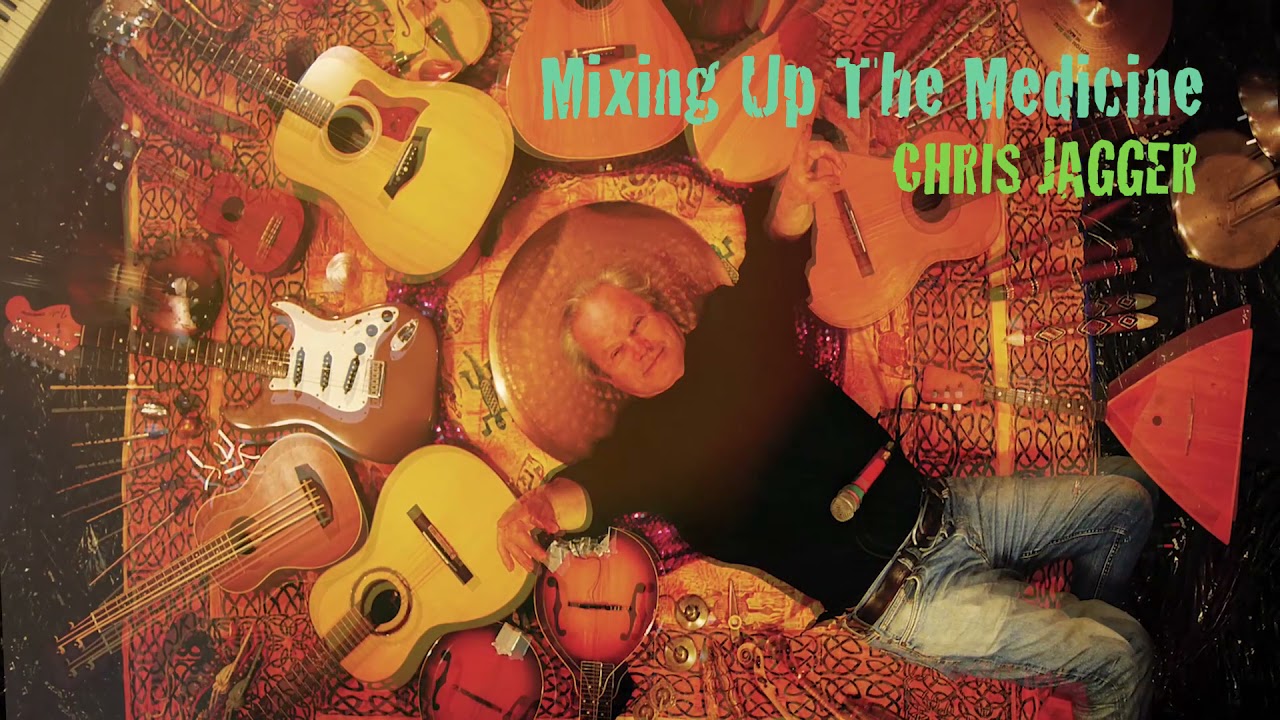 ‘Mixing Up the Medicine showcases all the many musical faces of Chris Jagger and his childhood friend Hart, and their assorted “band of brothers” (musicians), including drummer Dylan Howe, Olly Blanchflower on double bass, and producer John Porter (BB King, Elvis Costello, The Smiths). “Like most of my albums, it’s a bit of a mishmash,” says Jagger, “So that’s why I called it Mixing Up the Medicines.”- Mixing Up the Medicine --See also: SongWriter

Ode to lifelong fraternal bonds: The touching, telling and loving words on brotherhood

Chris explains, “I just sat down at the piano and it appeared, it’s very simple. Charlie (Hart) thought this was a worthy idea – it’s great to have someone to bounce off. It could be about Mick or anyone’s brother, anyone’s friend. It’s that thing of evoking a feeling of connection and kinship. When we recorded it, Charlie wanted a singer-songwriter, John Lennon-y feel so we cut it live with him trying to imitate my amateur piano playing.”