Britain engulfed in corruption: In defence of the common people

It is heartening to note that, while the British establishment's behaviour is shameful, most ordinary people still live by a moral code 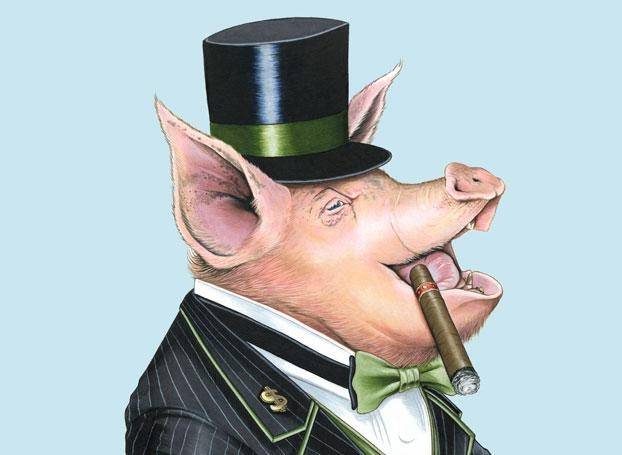 “One thing we can say after the succession of eye-popping scandals in public life is that the British must be one of the most stoical, resilient and phlegmatic people on this planet. But how long will we continue shrugging our shoulders at the scandals in banking, politics, journalism, the police and the priesthood? Our forbearance seems inexhaustible but at some stage it's surely going to run out.”…

…”Dream on, you will say. The British establishment is incapable of reforming itself. The only reason there is any kind of hand-wringing at the moment is because people got caught. There's no sense of remorse, no understanding among the perpetrators of the impact of these scandals, as was evident watching Bob Diamond at the Treasury select committee or any of Rupert Murdoch's clan over the past year. Nothing ever changes, goes the argument, only fundamental revolution will prevent bankers and politicians and businessmen behaving in the way that they always have.

I have sympathy with these frustrations because corruption and abuse of power is always accompanied by incompetence. Police officers who are being bribed and wined and dined by powerful interests cannot at the same time carry out their duties efficiently and for the good of the public. Bankers who preside over a system of illegal rate fixing do not run a sound and responsible bank. Politicians who are doing deals behind closed doors with media owners are bound to allow these deals to skew policy and damage the quality of government. Where there is a lapse of ethical standards, a general decline in performance is the corollary.

Some suggest that the abuse of power at the top is simply a reflection of a decline in general standards. I am not persuaded of this for the reason that I think there are heartening levels of decency still to be found across the population, together with persistent signs of understanding and tolerance. You don't have to have an unfeasibly rosy view of British society to agree that most people behave honestly most of the time.

Something did go wrong in our society during the last decade and half – maybe well before – which explains these scandals.

Britain engulfed in corruption: The chosen economic model is the culprit: HOW THE NEOLIBERAL PROJECT EMBEDS CORRUPTION IN BRITAIN

This was more than a few individuals mislaying their moral compass or being encouraged to think they could get away with something because of light-touch regulation. It has to do with the way we tolerated a vast increase in the wealth divide. A society that allows bankers to be remunerated in millions at the same time as there is widespread child poverty has lost its way. Attitudes that encouraged greater and greater inequity are the same ones that created the conditions for the abuse of power that so many of these scandals reveal. The common denominators are a disdain for the rights and welfare of ordinary people and a decline in compassion for the less fortunate.”…

Britons' common decency can survive corruption at the top