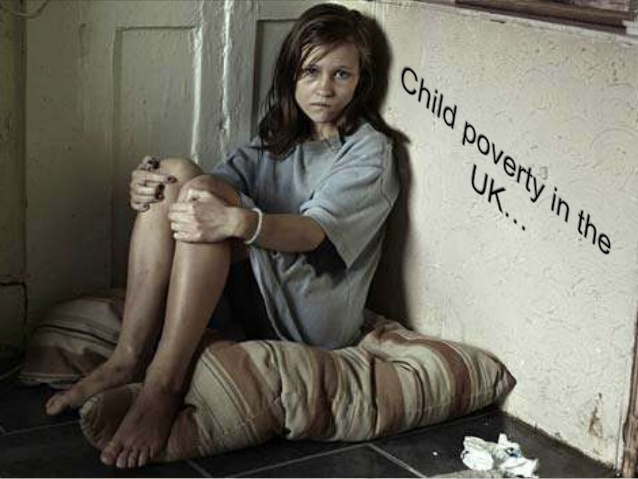 'More than 14 million people, including 4.5 million children, are living below the breadline, with more than half trapped in poverty for years, according to a new measure aimed at providing the most sophisticated analysis yet of material disadvantage in the UK.'

Alison Michalska: ‘In Britain, we don’t seem to really like children’

By Patrick Butler. This article was first published in the Guardian on Wednesday 11 October 2017

‘Not only does poverty blight youngsters’ lives says Alison Michalska, president of the Association of Directors of Children’s Services, but it’s getting worse’

‘Michalska qualified as a social worker four decades ago, and reckons that her younger self would be shocked that more children live in poverty – just surviving – now than then. Four million children currently live below the poverty line, and two-thirds of those are in households where someone works. “A growing number of children in poverty is a disgrace. It’s heartbreaking. When my colleagues and I started out as youth workers in the early 1980s I don’t think we ever thought that 30 years on there would be more children in poverty. That’s a scandal.”

In the face of so much poverty and injustice , the big question of our time is: Where has our humanity gone?

“Overcoming poverty is not a task of charity, it is an act of justice….Poverty is not natural. It is man-made and it can be overcome and eradicated by the actions of human beings. Sometimes it falls on a generation to be great. YOU can be that great generation.”-Nelson Mandela

After the best part of an hour spent discussing rising child poverty, the staggering pressures placed on young people to achieve academically at school, and the negative impact of austerity on children’s mental wellbeing and life chances, Alison Michalska reaches, with the sudden force of revelation, for a root cause of all this seemingly anti-youth policy: “The really big thing that strikes me is that as a country we don’t seem to really like children. We don’t value them. We don’t see them as a citizens of the future. We really don’t like them very much.”

On the face it, Michalska, 56, argues, there is a big policy focus on children by government, but this is all too often in effect about controlling youngsters, forcing them to conform to norms and stereotypes. You can see that cultural dislike, she says, in the continuing presence on housing estates of “no ball game” signs, or rising school exclusion rates, or the hardwired suspicion that loitering groups of teenagers are up to no good. “Teenagers like to hang around. As a teenager I hung around. Why does everyone think that is dangerous? Just because they have their hoods up, why are they dangerous?” 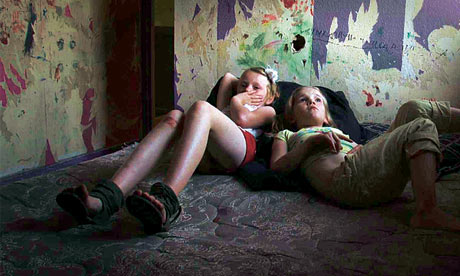 In Britain’s landscape of cuts, it’s our children who are lost

Too many youngsters, particularly those from poorer communities, are needlessly criminalised for petty misdemeanours, instantly diminishing their chances of going to college or getting a job, she believes. “I worked in a fairly affluent place where we had kids criminalised for riding the trolleys round a Tesco car park. People were complaining, the local police had to show they took it seriously; of course they caught the kids and they were cautioned or even worse, taken to court. Yes, that behaviour is stupid, but come on. The impact that has on young people’s life chances is just unbelievable.”

Michalska’s passion and directness neatly complement a policy paper published on Wednesday by the body she represents as president of the Association of Directors of Children’s Services (ADCS). The paper is couched in more reserved language but amounts to a clear and forthright challenge to the government’s austerity programme. Cuts and welfare reforms are driving up child poverty rates, overloading child protection services and eroding youth mental health services, it points out. “ADCS members believe every child deserves a happy, safe childhood in which they can thrive not just survive,” the paper notes, adding pointedly, in a nod to the government: “We hope others do.” 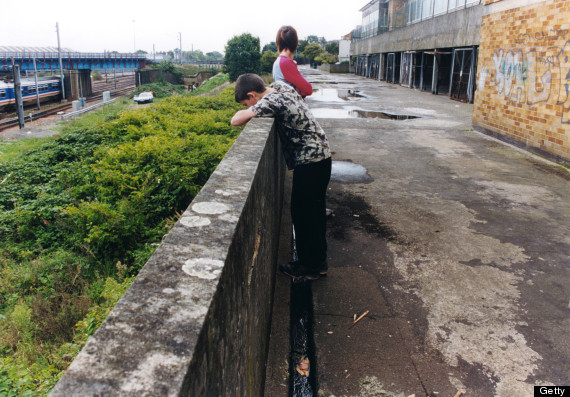 Michalska qualified as a social worker four decades ago, and reckons that her younger self would be shocked that more children live in poverty – just surviving – now than then. Four million children currently live below the poverty line, and two-thirds of those are in households where someone works. “A growing number of children in poverty is a disgrace. It’s heartbreaking. When my colleagues and I started out as youth workers in the early 1980s I don’t think we ever thought that 30 years on there would be more children in poverty. That’s a scandal.”

Welfare reform, Michalska says, conflicts with government rhetoric about improving children’s life chances. It punishes children indirectly, disrupting and impoverishing their lives through the strictures it imposes on their parents. In Nottingham, where she is corporate director for children and adults at the city council, an increasing number of families are finding it hard to cope: “We have children in the city who just don’t have warmth, they don’t have food, they don’t have that security that every child would want to have. Nottingham is a fabulous city with a lot going on but there are families and children who are excluded from it.”

The two-child limit on benefits is “punitive” and a “massive waste of time and money”, she says. Cuts to housing benefit force poorer families out of the area where they live: “The one thing children don’t need is having to move house every few months and change schools, having to make new friends, put down new roots. That instability damages children and it damages families.” The resulting poverty creates more children in need and directly drives up demand for expensive children’s social care services. “It’s why the [ADCS] paper focuses so much on poverty. We know that when families are in poverty and they are worried about money, if they are worried about feeding their children … the impact on children is so harmful and damaging.”

What keeps her awake at night, she says, is the impact of cuts to local government budgets. Although councils generally are not disinvesting in children’s social work, the level of cuts to other areas – youth services, family help, libraries, leisure centres, parks, “the kind of preventive services that keep social work manageable” – means the pressure on child protection will become unsustainable. The Local Government Association estimates there is a £2bn gap between funding and demand for children’s services. Michalska believes the crisis is reaching a tipping point.

Councils’ ability to cope with the demand rests on their ability to intervene and help families in need before their problems spiral to crisis point, she says. In Nottingham – an early intervention city since the early 2000s – this principle is well established. “We’ve spent a lot of money on edge-of-care services. They not only pay for themselves but they save money, and it results in better outcomes for the children.” 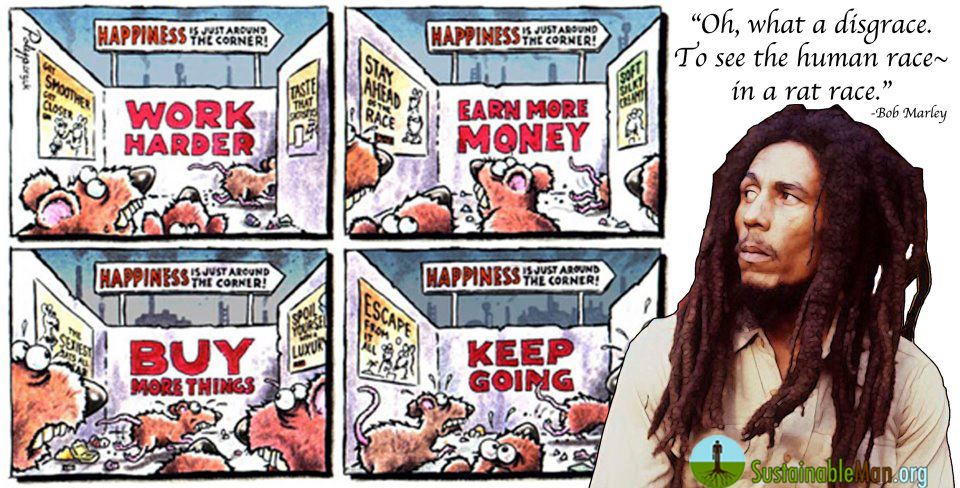 Envisioning the Future of our Children’s Education

Services continue to be hamstrung by funding and workforce problems. Nationally, 16% of children’s social work posts are unfilled. There is a lot you can do to retain social workers – smaller caseloads, better supervision and career development, she says. Brexit won’t help, potentially choking off a source of qualified social workers. However, better pay for social workers would help: “When I got my first social-work job I could actually afford to buy a house. Well, you are not going to do that on the average starting salary for a social worker now, of around £20k. Social workers themselves are struggling to cope, let alone the families they are working with.”