Spike Lee implores US to regain its humanity* 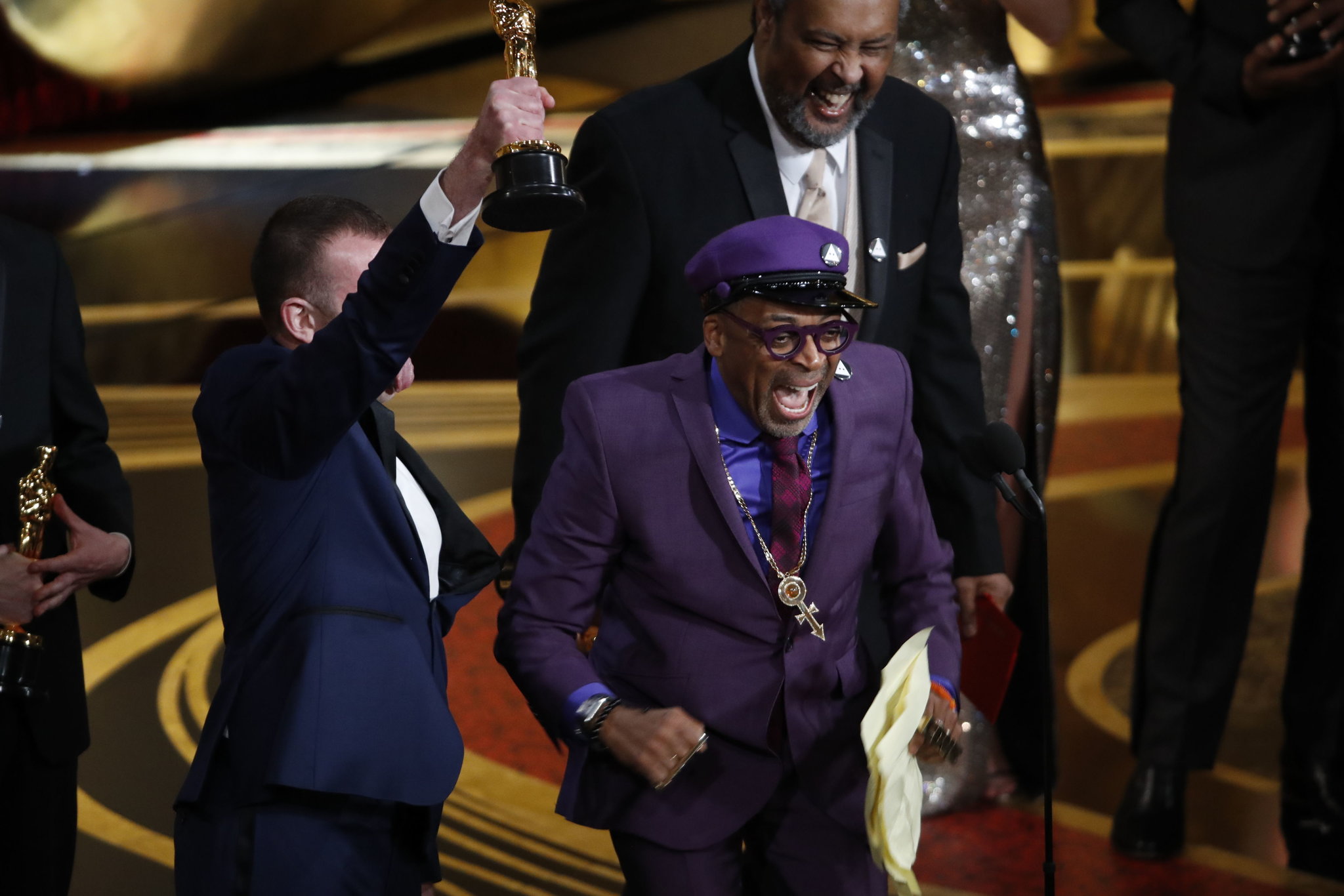 Spike Lee celebrated winning his first non-honorary Oscar in his long career as a filmmaker with an explicitly political speech, during which he called on the audience to “regain our humanity” at the next US election.

Lee was accepting the award for best adapted screenplay for his film BlackKklansman, with co-writers David Rabinowitz, Charlie Wachtel and Kevin Willmott. It is a satirical film loosely based on a true story about a black policeman who infiltrated the Ku Klux Klan by using a white, Jewish proxy.

Although it is set in the 70s, the film explores how racism has remained in America’s bloodstream since slavery, and how it has erupted into the mainstream with the election of Donald Trump. BlackKklansman concludes with real footage from Charlottesville, where Heather Heyer was killed when a car was driven into a crowd protesting against a “unite the right” rally of white supremacists.

The speech** that followed touched deeply on black history and exhorted the crowd to get involved in the 2020 presidential election.

Four hundred years. Our ancestors were stolen from Mother Africa and brought to Jamestown, Virginia, enslaved. Our ancestors worked the land from can’t see in the morning to can’t see at night. My grandmother, [inaudible], who lived to be 100 years young, who was a Spelman College graduate even though her mother was a slave. My grandmother who saved 50 years of social security checks to put her first grandchild — she called me Spikie-poo — she put me through Morehouse College and N.Y.U. grad film. N.Y.U.!

Before the world tonight, I give praise to our ancestors who have built this country into what it is today along with the genocide of its native people. We all connect with our ancestors. We will have love and wisdom regained, we will regain our humanity. It will be a powerful moment. The 2020 presidential election is around the corner. Let’s all mobilize. Let’s all be on the right side of history. Make the moral choice between love versus hate. Let’s do the right thing! You know I had to get that in there.

*Spike Lee implores US to regain its humanity during Oscars speech

Spike Lee implores US to regain its humanity: Watch the Video

Recalling an epoch-defining day: “I Have a Dream” speech remembered

‘I Have a Dream’: Yearning for Dr. King’s Interconnected World