‘for the enjoyment and benefit of the People.’ 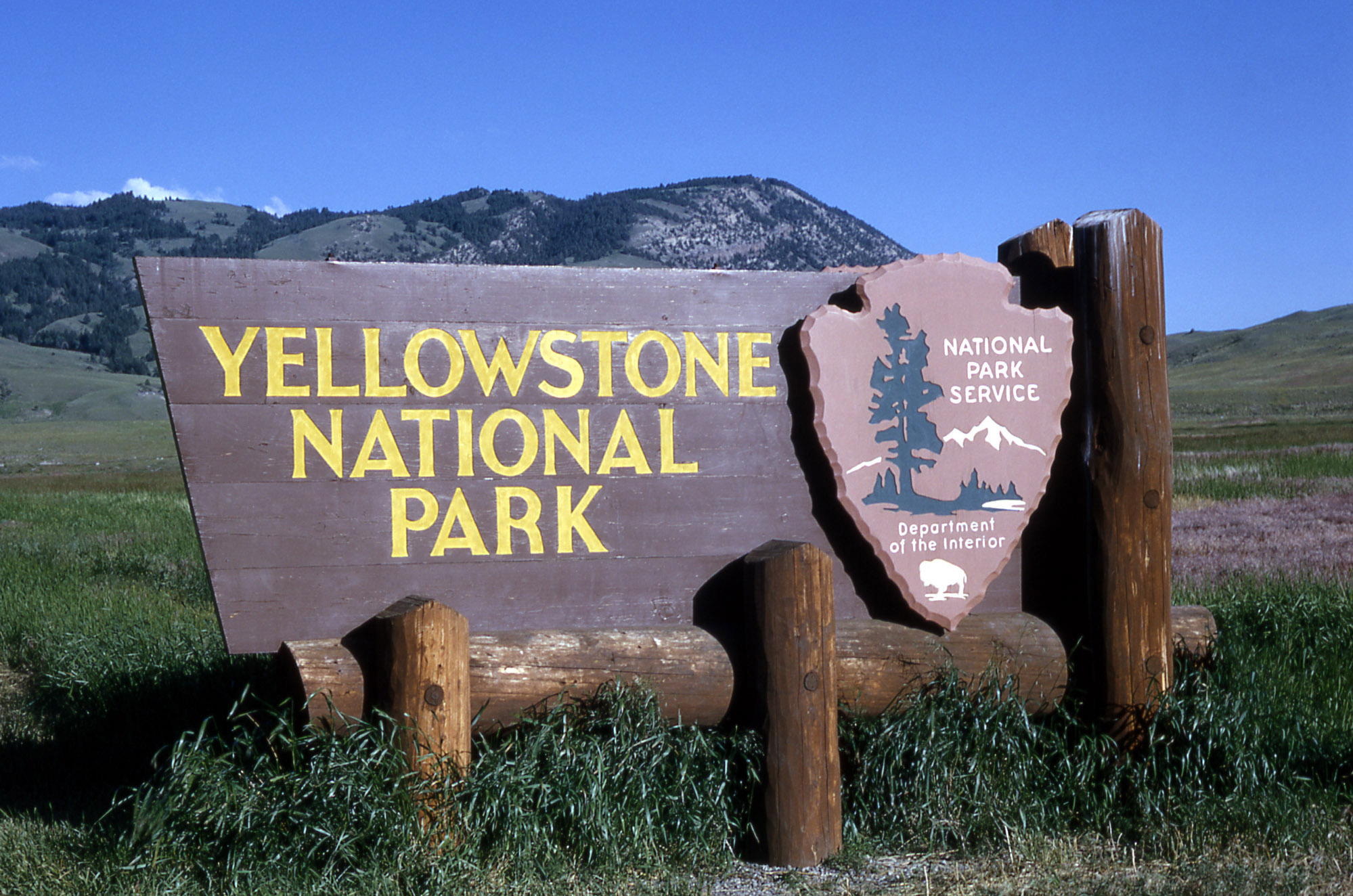 “In a day and age when new forms of enclosure and privatization continuously stalk the globe, endangering indigenous wildlife and indigenous populations; Yellowstone remains a wonderful example of the power of common ownership and common purpose working for the common good of not merely humanity but of all the species of the family of nature of which we are a part.”

Yellowstone was established as a National Park in 1872 by Act of Congress.  It was explicitly created to protect a beautiful natural landscape, the many species of animals who reside there, and ‘for the enjoyment and benefit of the People.’  The Northwest Gate of Yellowstone is inscribed with the motto ‘for the enjoyment and benefit of the People.’  Through the many decades of its existence as a National Park, millions and millions of people have enjoyed the Yellowstone experience. People are reminded upon entry that they are visitors even as Yellowstone is home to many animals.  Care for the Park, the value of stewardship, of marveling at the beauty about while minimizing impacts is today implanted in the mind of visitors.

Yellowstone is a truly transformative and empowering experience.  I know because it was for me, just as it was for my children, as for millions of other visitors.  I was only ten years old the first time I saw the herds of Buffalo, the Moose, the Elk, and the Grizzly Bears of Yellowstone National Park.  I remember walking the steep trail to the brink of the lower falls.  I remember my Dad telling me, “This Park belongs to you, to me, to all Americans, we all own it together.”  He went on to say, “In many other countries rich people would build their summer homes in such a beautiful place and the rich would fence out the common people, but in the United States beautiful places like these should and often did belong to all of the people.”  My eyes opened wide marveling at the beauty all around me, relishing the idea that I owned what I saw, that rich people could not fence me out, could not deny me the experience of such a place.  My sense of pleasure was in no way diminished by the fact that all other Americans also owned such a place together with me.  Quite the contrary the sense of common ownership, of common purpose, of common stewardship of the land and nature welled up within me as a deep source of pride and intense satisfaction. 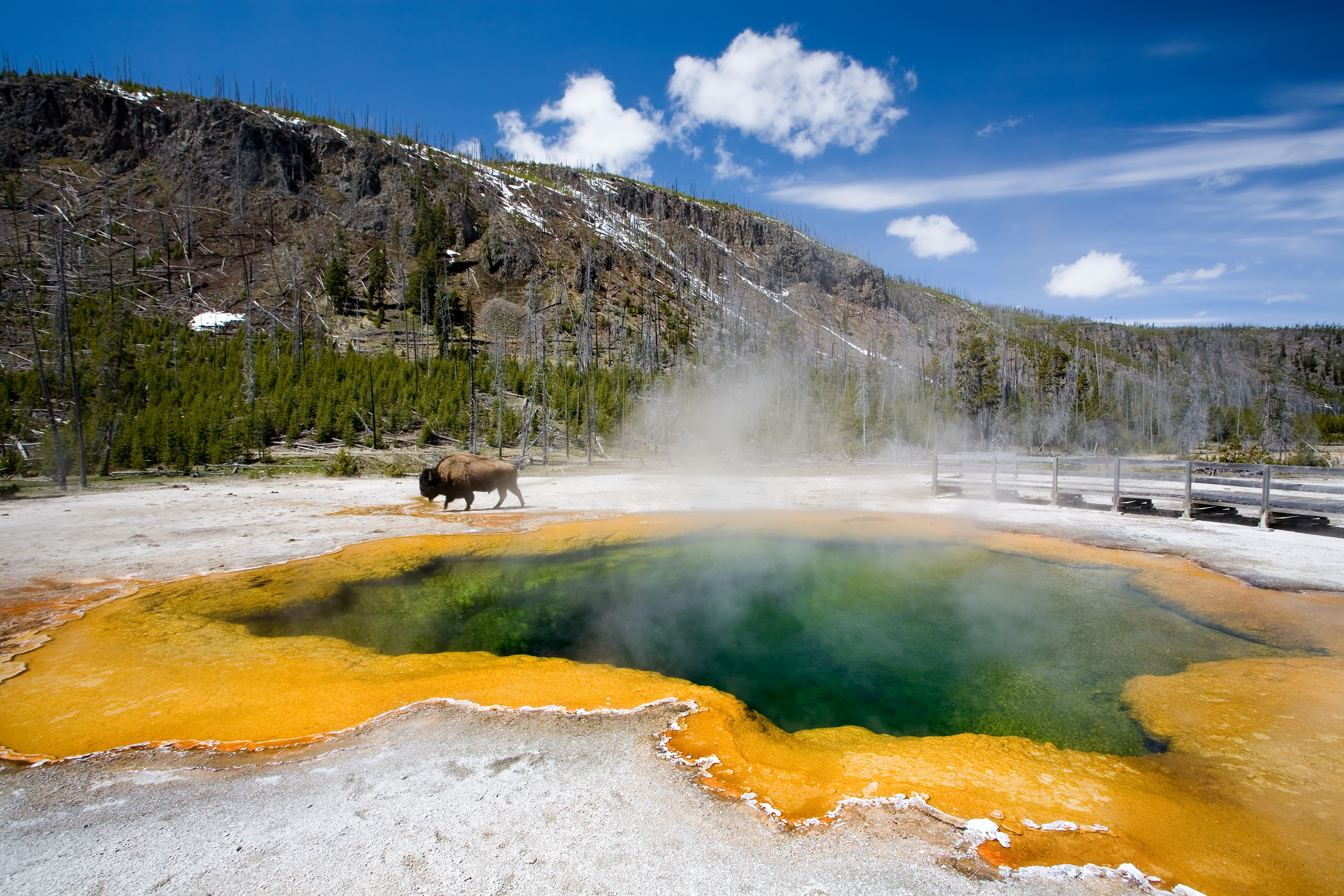 Roughly twenty years later I took my children to Yellowstone, many times, but the first visit was perhaps the most memorable and delightful.  I watched as their eyes opened with wonder.  I saw the delight on their faces as they saw the herds of buffalo, the moose, the elk, and then one day the grizzlies.  One of my daughters is now a Professor of Environmental Literature.  And one of my daughters works for the National Park Service as an Archaeologist.

The concept of a National Park of celebrating common ownership over vast tracts of land was a counter to the enclosure movement and privatization which had been gaining ground for quite some time, at the time Yellowstone was established in 1872.   Public and Common Ownership grounded in rules and regulations which protect the land and the animals, provide at the same time and in the same place, the best of human enjoyment and conservation of the environment and ecology.  Shortly after its establishment as a National Park, a couple of herds of Buffalo found refuge in the high mountain pastures, surrounded by the many majestic peaks, geysers, and forests of Yellowstone.  The Buffalo were routinely and systematically killed throughout the American West in order to deny to American Indians both a source of food and their way of life.  Today all genetically pure buffalo are descendants of the herds that found refuge in Yellowstone.   Grizzly bears survived in Yellowstone and in Glacier National Park even as they went into extinction elsewhere in the lower 48 states.

Of course many mistakes were made during Yellowstone’s existence which endangered both wildlife and the many geothermal features of the park.  In certain respects people loved both the animals and park features too much.  Consequently rules were put into effect to force people to keep a respectful distance, to be able to appreciate and enjoy without doing harm.  As an example laws were established making feeding the bears and other wildlife illegal within the park.  People are now encouraged to keep a respectful distance from the animals just as it is now illegal to swim in or to otherwise damage geothermal pools and springs.

There are no doubt, many mistakes still made, many which stem from overuse.  But as ecological understanding and love for the earth and other species grows, new rules and regulations will take shape.  It is precisely the Yellowstone experience which gives people such an appreciation of nature, that it engenders a deeper and deeper desire on the part of those who visit, as well as those who may never visit but nonetheless learn of Yellowstone, to safeguard the environmental treasures not merely of the crown jewels of American public lands, but of all the elements of nature throughout the world.  The Yellowstone experience makes us all more profoundly environmentally conscious.  The power of Yellowstone spurred the establishment of many other such National Parks not just in the United States but throughout the world.  It has also spurred and inspired even stronger environmental protections such as Wilderness designations as well as the effort, will, and energy required to protect nature, the environment, biological diversity, and ecological systems, generally throughout the globe.

Yellowstone is a powerful reminder and example of the need we have as human beings to do things together, to share the bounty and beauty of nature together, and together to both appreciate the beauty and the wonder of the natural world, and to therefore bind ourselves to rules and regulations which safeguard such beauty and  splendor.  In a day and age when new forms of enclosure and privatization continuously stalk the globe, endangering indigenous wildlife and indigenous populations; Yellowstone remains a wonderful example of the power of common ownership and common purpose working for the common good of not merely humanity but of all the species of the family of nature of which we are a part.

KAMRAN MOFID’s Blog: Dedicated to the Common Good- aiming to be a source of hope and inspiration; enabling us all to move from despair to hope; darkness to light and competition to cooperation. “Whatever you can do or dream you can, begin it. Boldness has genius, power, and magic in it”. —Johann Wolfgang von Goethe

KAMRAN MOFID’s GUEST BLOG: Here on The Guest Blog you’ll find commentary, analysis, insight and at times provocation from some of the world’s influential and spiritual thought leaders as they weigh in on critical questions about the state of the world, the emerging societal issues, the dominant economic logic, globalisation, money, markets, sustainability, environment, media, the youth, the purpose of business and economic life, the crucial role of leadership, and the challenges facing economic, business and management education, and more.