Life, death and economics: Austerity is a killer 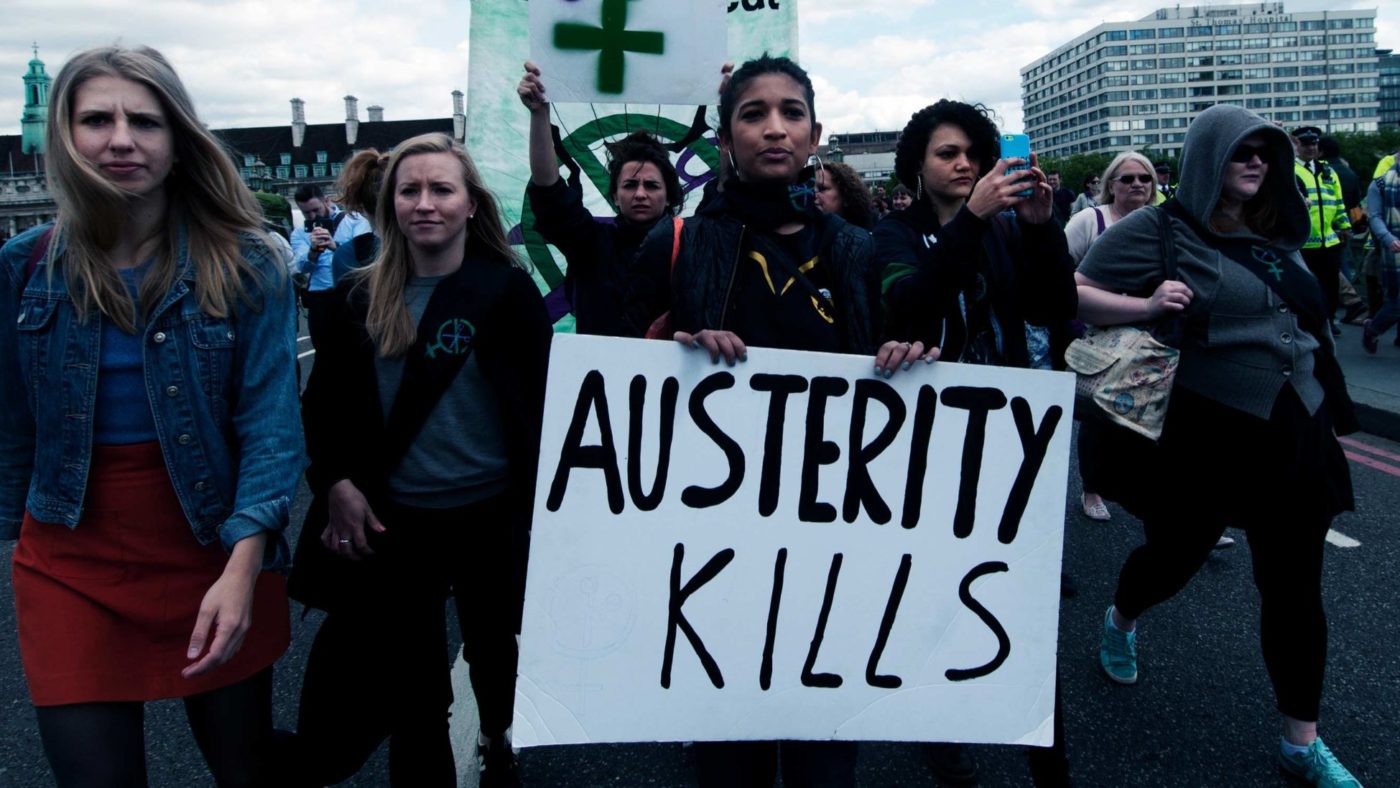 First let me quote some words from a letter to the Guardian by Clive Needle, Director of  EuroHealthNet:

“It is the first duty of governments to protect the health and wellbeing of citizens. It is a priority objective of the EU, enshrined in legislation. Surveys show it is top of people's concerns…our question must be why the dominant political choice across Britain and Europe is to disregard this, and impose austerity measures however much they hurt and destroy lives.

We rage and rush to act when a small number of people are hurt in a specific incident, or by a single disease. Yet millions of people in every country in Europe, as studies commissioned by the EU and WHO will reveal when published, are being almost silently condemned to early, preventable deaths or painful lives, because of economic decisions.

It does not have to be this way. There are well evidenced, cost-effective, proportionate, affordable, immediate and long-term alternative measures available for all political and social systems, left, right or centre. Stuckler recently presented his findings to a WHO Europe intergovernmental conference in Oslo on sustainable health systems in the context of the financial crisis. As he confirms, it is not too late to act, and it is a matter of political choice. These facts, and the relevant work of other British experts such as Professors Marmot, McKee and Wilkinson, should be on the desk of every prime and finance minister, every editor, every company director, every civil servant and every community leader across the country and internationally.

Wellbeing is the business of not only leaders in public, private and voluntary sectors, but also all of us, and the benefits of simple actions can be massive in political, economic and human terms.”

And now below see further the inhumanity of “Austerity”, killing the people, whom by and large, had not caused the financial crash of the 2008 to begin with. The question now surely must be: Why are the ordinary people punished, whilst the guilty ones are allowed to continue to sing and dance to the banks, as they did before the crash?

'Recessions can hurt, but austerity kills'

The Body Economic: Why Austerity Kills

In the US, more than five million people have lost access to health care. In Greece, there's a 200% increase in HIV cases. And in some of the worst-hit countries, suicide rates are up. David Stuckler, author of an explosive new book, says the facts speak for themselves.

“The austerity programmes administered by western governments in the wake of the 2008 global financial crisis were, of course, intended as a remedy, a tough but necessary course of treatment to relieve the symptoms of debts and deficits and to cure recession. But if, David Stuckler says, austerity had been run like a clinical trial, "It would have been discontinued. The evidence of its deadly side-effects – of the profound effects of economic choices on health – is overwhelming."…

“The mass of data they have mined reveals that more than 10,000 additional suicides and up to a million extra cases of depression have been recorded across the two continents since governments started introducing austerity programmes in the aftermath of the crisis.

In the United States, more than five million Americans have lost access to healthcare since the recession began, essentially because when they lost their jobs, they also lost their health insurance. And in the UK, the authors say, 10,000 families have been pushed into homelessness following housing benefit cuts.

The most extreme case, says Stuckler, reeling off numbers he knows now by heart, is Greece. "There, austerity to meet targets set by the troika is leading to a public-health disaster," he says. "Greece has cut its health system by more than 40%. As the health minister said: 'These aren't cuts with a scalpel, they're cuts with a butcher's knife.'"

Read more on the tragic consequences of “Austerity”

Matters of life, death and economics