In the World of Spiritual Hunger We Need Philosophy

Far from having replaced metaphysics, science is in a mess and needs help. Einstein saw it coming

The attempt to fit consciousness into the material world, usually by identifying it with activity in the brain, has failed dismally.'

"It is time "to connect our science to our humanity, and in doing so to raise the sights of both". This sounds like a job for a philosophy not yet dead.” 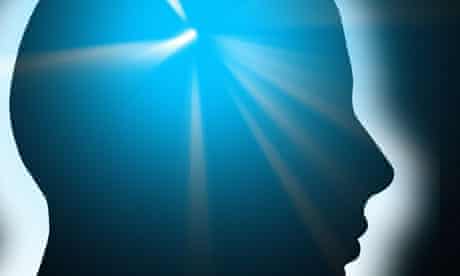 ‘The attempt to fit consciousness into the material world, usually by identifying it with activity in the brain, has failed dismally.'

“In 2010 Stephen Hawking, in The Grand Design, announced that philosophy was "dead" because it had "not kept up with modern developments in science, particularly physics". He was not referring to ethics, political theory or aesthetics. He meant metaphysics, the branch of philosophy that aspires to the most general understanding of nature – of space and time, the fundamental stuff of the world. If philosophers really wanted to make progress, they should abandon their armchairs and their subtle arguments, wise up to maths and listen to the physicists.

This view has significant support among philosophers in the English-speaking world. Bristol philosopher James Ladyman, who argues that metaphysics should be naturalised, and who describes the accusation of "scientism" as "badge of honour", is by no means an isolated case.

But there could not be a worse time for philosophers to surrender the baton of metaphysical inquiry to physicists. Fundamental physics is in a metaphysical mess and needs help. The attempt to reconcile its two big theories, general relativity and quantum mechanics, has stalled for nearly 40 years. Endeavours to unite them, such as string theory, are mathematically ingenious but incomprehensible even to many who work with them. This is well known. A better-kept secret is that at the heart of quantum mechanics is a disturbing paradox – the so-called measurement problem, arising ultimately out of the Uncertainty Principle – which apparently demonstrates that the very measurements that have established and confirmed quantum theory should be impossible. Oxford philosopher of physics David Wallace has argued that this threatens to make quantum mechanics incoherent which can be remedied only by vastly multiplying worlds.

Beyond these domestic problems there is the failure of physics to accommodate conscious beings. The attempt to fit consciousness into the material world, usually by identifying it with activity in the brain, has failed dismally, if only because there is no way of accounting for the fact that certain nerve impulses are supposed to be conscious (of themselves or of the world) while the overwhelming majority (physically essentially the same) are not. In short, physics does not allow for the strange fact that matter reveals itself to material objects (such as physicists).

And then there is the mishandling of time. The physicist Lee Smolin's recent book, Time Reborn, links the crisis in physics with its failure to acknowledge the fundamental reality of time. Physics is predisposed to lose time because its mathematical gaze freezes change. Tensed time, the difference between a remembered or regretted past and an anticipated or feared future, is particularly elusive. This worried Einstein: in a famous conversation, he mourned the fact that the present tense, "now", lay "just outside of the realm of science".

Recent attempts to explain how the universe came out of nothing, which rely  on questionable notions such as spontaneous fluctuations in a quantum vacuum, the notion of gravity as negative energy, and the inexplicable free gift of the laws of nature waiting in the wings for the moment of creation, reveal conceptual confusion beneath mathematical sophistication. They demonstrate the urgent need for a radical re-examination of the invisible frameworks within which scientific investigations are conducted. We need to step back from the mathematics to see how we got to where we are now. In short, to un-take much that is taken for granted.

Perhaps even more important, we should reflect on how a scientific image of the world that relies on up to 10 dimensions of space and rests on ideas, such as fundamental particles, that have neither identity nor location, connects with our everyday experience. This should open up larger questions, such as the extent to which mathematical portraits capture the reality of our world – and what we mean by "reality". The dismissive "Just shut up and calculate!" to those who are dissatisfied with the incomprehensibility of the physicists' picture of the universe is simply inadequate. "It is time" physicist Neil Turok has said, "to connect our science to our humanity, and in doing so to raise the sights of both". This sounds like a job for a philosophy not yet dead.”

Theology, Philosophy, Ethics, Spirituality and Economics: A Call to Dialogue

Science and Economics: A Call to Dialogue and Action