What did great philosophers Mill, Bentham, Locke and Berkeley have in common?

None ever had a university position!

‘Free-ranging thinkers of earlier times, unconfined by university appointments, reflected on whatever they felt like’ 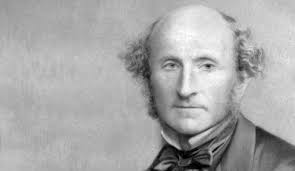 but in the 19th century that was the rule not the exception.’-Photo:inquiriesjournal.com

‘…It may seem surprising that a philosopher whose works are now taught at universities throughout the world never held an academic position, but in this Mill was the rule, not the exception. In having no academic post Mill followed his mentor Jeremy Bentham, and the earlier philosophers John Locke and George Berkeley, who pursued their fundamental work outside the university system. And this was the path also taken, inadvertently, by David Hume, who was turned down for chairs at both Edinburgh and Glasgow.’ 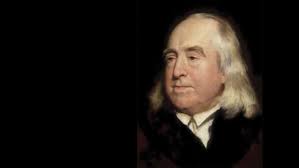 ‘…It is striking that the free-ranging thinkers of earlier times, unconfined by university appointments, reflected on whatever they felt like. Mill wrote about philosophy, politics and economics. Bentham discussed everything from pure logic to whether prisoners should be provided with hempen or flaxen sheets. Hume, read now in philosophy departments, was known in his lifetime as a historian and essayist. Locke was a physician and philosopher, and Berkeley's interests extended beyond philosophy and religion to the recommendation of "tar-water" as a cure for most ailments.’ 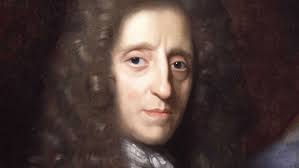 ‘…It was only in the 20th century that, by acquiring a university position, it became possible in England to pursue a scholarly career if you were not of independent wealth, or a church minister, or prepared to make huge personal sacrifices. Teaching and scholarship could be rolled into salaried employment. I would be the last person to find fault with this very convenient arrangement, but still, we can ask whether it has come with a cost.’

‘…When academic leaders proclaim that the problems of the modern world are too complex for traditional disciplines, and that we have to move to a "new paradigm" of inter-disciplinary thought, a polite cough may be the appropriate response. Arguably, disciplinary specialisation is an artifact of how universities have chosen to organise themselves. Despite their claims to be breaking down barriers, virtually every university is still designed around the idea that universities teach in single-subject disciplines and must, as a first priority, employ the staff to deliver the undergraduate curriculum.

‘Even combined and modular programmes are superimposed on to a structure of departments that developed in the 19th century and has moved on only through increasing specialisation and fragmentation since.’ 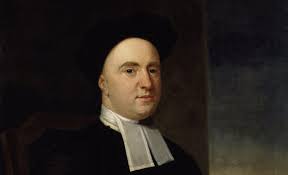 ‘Could it be that rather than regarding single-discipline scholarship as a tradition that needs to be broken, history will instead view it merely as an unfortunate passing phase? No doubt it has brought order and rigour to what was once fluid and confusing. Could now be time to recapture our sense of disorder, mobility, a little confusion, and a lot of excitement?’

*The above excerpts are taken from an excellent article by Prof. Jonathan Wolff which was originally published in the Guardian on 23 September 2014:

**A view from Kamran Mofid on the need for Inter/multi-disciplinary studies: Creating a Culture of Collaboration and Cooperation for the Common Good

Complex problems require interdisciplinary teams to solve them, but neo-liberalism promotes specialisation and isolation. How can we then develop a cross-discipline culture?

In the past couple of decades, there has been great endeavours to bring about a dialogue of civilizations, cultures, religions and peoples. However, there is a very serious void here: there has not been a concurrent attempt to bring about a fruitful and rewarding dialogue between different and at the same time, interdependent, academic disciplines and values.

For example, there was a time when economics was regarded as a branch of theology, philosophy and ethics. Economic factors were intimately linked to what was regarded as just or right and these in their turn were shaped by spiritual and moral understanding of the common good. From the eighteenth century onwards economics became an autonomous discipline, divorced and separated from its original roots. This engineered separation has brought us all a very bitter harvest.  In the end economics is about human well-being in society and this cannot be separated from moral, philosophical, theological, and spiritual considerations. The idea of an economics which is value-free is totally spurious. Nothing in this life is morally neutral.

The same of course can be said about other disciplines, such as business, commerce, management, education, medicine, psychology, engineering, IT and much more.

I firmly believe that we should encourage a way of working together and forming a place where such dialogical conversations can be encouraged, nurtured, developed and supported by bringing together a group of noted scholars, researchers, students and professionals from all contexts and backgrounds who share this vision and appreciate the exciting potential of having the chance to talk, and engage in a dialogue of ideas, visions and values with people from a broad array of backgrounds and disciplines.

There are major benefits to such an interdisciplinary dialogue and encounter, amongst them: it nurtures critical thinking; it encourages the recognition of diverse perspectives; it increases tolerance for ambiguity; and it improves sensitivity to a wide spectrum of ethical issues.

I am committed to the view that inter-disciplinary and multi-disciplinary work is a very positive and credible way forward in a rapidly changing world. It is my firm belief that a dialogue of values, ideas, and visions, supported by a meaningful dialogue of interrelated academic disciplines, will be very positive for a successful and rewarding path to a better and more harmonious world.

At Globalisation for the Common Good Initiative (GCGI) we are grateful to be contributing to that vision of a better world, given the goals and objectives that we have been championing since 2002. For that we are most grateful to all our friends and supporters that have made this possible.

'In order to focus on life’s bigger picture and guided by the principles of hard work, commitment, volunteerism and service; with a great passion for dialogue of cultures, civilisations, religions, ideas and visions, at an international conference in Oxford in 2002 the Globalisation for the Common Good Initiative (GCGI) and the GCGI Annual International Conference Series were founded.'