Centre for the Study of Forgiveness and Reconciliation 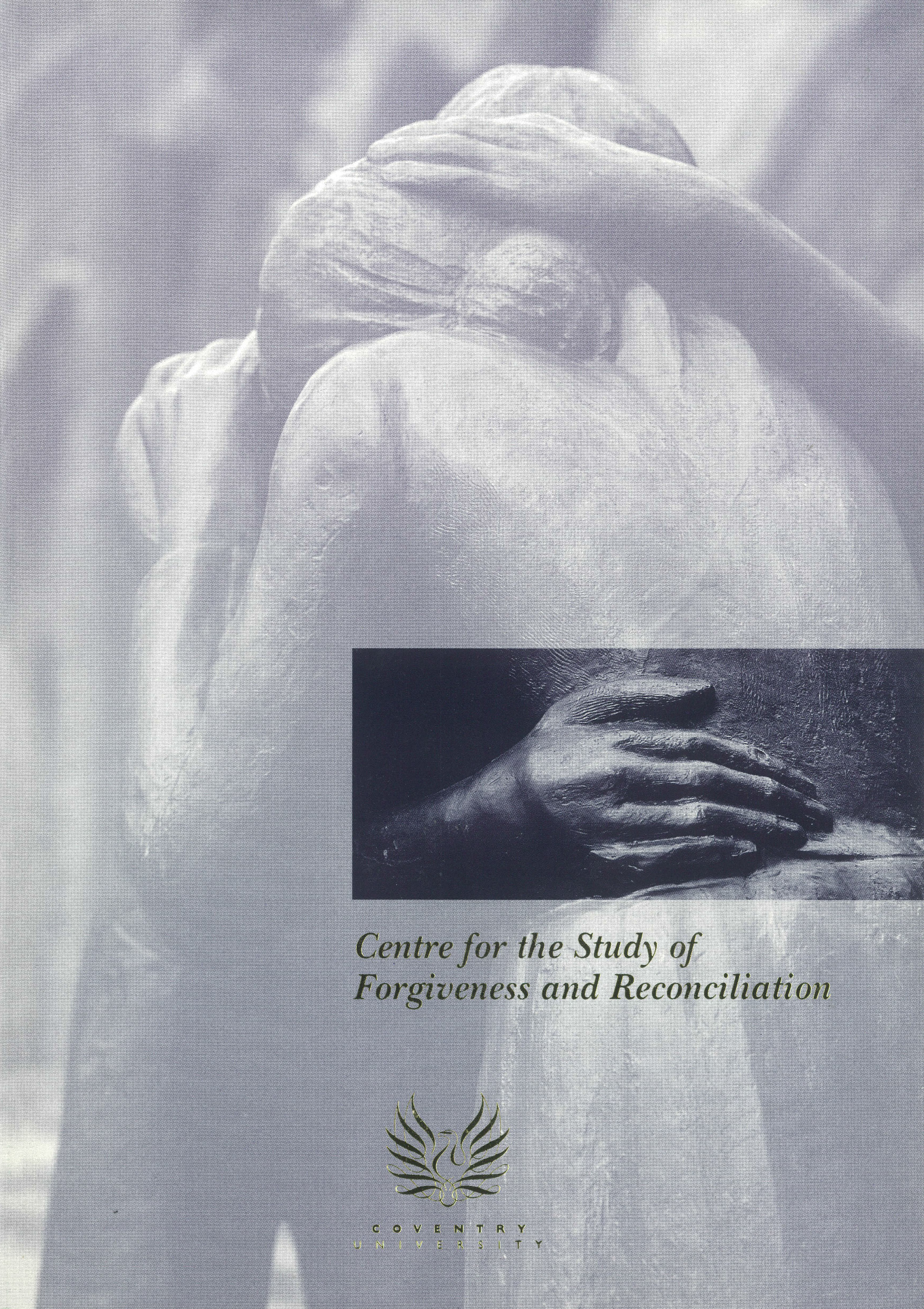 Note: This is the front cover of the Booklet I had prepared in 1996 to announce the establishment of the Centre. The photo is the Statue of Reconciliation at Coventry Cathedral and Hiroshima Peace Garden. I was honoured and proud to be present at the unveiling ceremony of the statue in Coventry in 1995 and later on at Hiroshima Peace Garden where a replica was unveiled.

“The Centre was officially inaugurated on 11 March 1996, when its distinguished patron, Mary Robinson, the President of Ireland, delivered the inaugural lecture at Coventry Cathedral.” –Dr. Kamran Mofid, Co-founder and Associate Director in 1996

“Father, Forgive” - these two words which I discovered at the ruins of Coventry Cathedral in 1973 changed the course of my life.

This is the story I must tell.

“In short, looking back, I believe one experience of that day, has had a major impact on me. That was when Annie and I were at the ruins of the old cathedral. I saw the ruined altar, with a charred cross, a replica of the original, its burnt blackness in startling contrast to the clean polished wood of most church crosses I had seen in Oxford or London. Then on the wall behind the altar, I noticed two words that had been carved into the red sandstone, their letters a foot high: FATHER, FORGIVE.

“I asked Annie: “Who is the Father?” and “Forgive who?” She tried to the best of her ability to answer me. But, I am sure she knew that I was not getting it:

“Father, and the Son, and the Holy Spirit, All in one! Forgiving the Germans, who had just destroyed the cathedral and the city! Wow! What next?!

“Now, who would have guessed, who could have believed, one day, that young man inspired and fuelled by what he had seen in an early morning visit to Coventry Cathedral in 1973, would end up co-founding the Centre for the Study of Forgiveness and Reconciliation at Coventry University in 1996: This is the story, “My Coventry Story” which I would love to share with you all.”…