‘A cosseted, arrogant elite has presided over a swift decay in the very liberal values it claims, with bombs and guns, to be defending’ 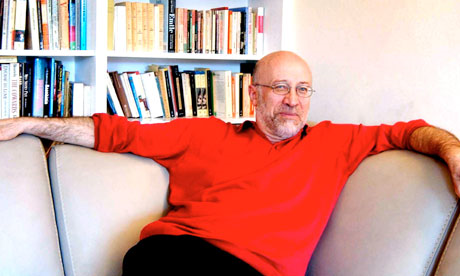 “In one of his last interviews, the historian Tony Judt lamented his “catastrophic” Anglo-American generation, whose cosseted members included George W Bush and Tony Blair. Having grown up after the defining wars and hatreds of the west’s 20th century, “in a world of no hard choices, neither economic nor political”, these historically weightless elites believed that “no matter what choice they made, there would be no disastrous consequences”.

A member of the Bush administration brashly affirmed its arrogance of power in 2004 after what then seemed a successful invasion of Iraq: “When we act,” he boasted, “we create our own reality.” A “pretty crappy generation”, Judt concluded, “when you come to think of it.”

One cannot but think of the reality it made as mayhem in Asia and Africa reaches European and North American cities. But those of us from countries where many Anglo-American institutions were once admirable models have their own melancholy reasons to reflect on their swift decay.

As another annus horribilis lurched to a close, the evidence of moral and intellectual sloth seemed unavoidable. In the Christmas issue of the Spectator, Rod Liddle described Calais as “a jungle of largely Muslim asylum seekers aching to get into Britain – presumably to be hugged” by “the liberals”. In an interview in the same issue, the prime minister confessed that Liddle “does make me laugh”. The chumminess seemed to confirm Amit Chaudhuri’s strong recent “impression”, acquired from BBC documentaries about India, that Britain comprises “male buddies”, whose “capacity for spontaneous insight isn’t that far away from that of Jeremy Clarkson”.

It was still hard not to be puzzled by the casual malevolence of the lead headline in the Times on Boxing Day: “Muslims ‘silent on terror’”. A few days earlier, candidates in the Republican presidential primaries, aspiring leaders of the free world, had offered the following modest proposals: ban Muslims from travel, kill families of terrorists, shoot down Russian planes, close down parts of the internet, carpet-bomb Syria.

Power, it seems, does a lot more than corrupt; it also coarsens and stultifies. Judt’s diagnosis of an unbearable lightness of being also applies to many younger people exalted into positions of influence by the accident of their birth in rich and powerful countries – members of ruling classes who assumed that history ended in 1989 with the fall of communism and their unchallenged supremacy.

It is possible to feel slight relief that at least the current chief operator of America’s war machine was originally formed, intellectually and emotionally, by an experience of the world common to most of humanity: one of powerlessness and marginality. As his approval ratings sank last month, Barack Obama exasperatedly insisted that American leadership “is not just a matter of us bombing somebody”. He is worldly enough to realise that, as his hero James Baldwin wrote during the futile American bombing of Indochina: “Force does not work the way its advocates seem to think it does.” Instead of impressing its victim, it reveals to him “the weakness, even the panic of his adversary and this revelation invests the victim with patience”.

Thus al-Qaida assumed its most vicious form where it had never existed, and then morphed into Daesh and me-too franchises in numerous countries. The auto-intoxicated teenage murderer now confounds the leaden cold war holdovers stalking “extremist ideology”. “It is ultimately fatal,” Baldwin warned, “to create too many victims.” For then, “however long the battle may go on” the wielder of superior firepower “can never be the victor; on the contrary, all his energies, his life, are bound up in a terror he cannot articulate, a mystery he cannot read, a battle he cannot win”.

This is the treacherous impasse to which 14 years of escalating wars and bombing campaigns have brought us. The refusal to learn from their failures should have broadly suggested that “the establishment”, as a secret Pentagon memo in 1967 to President Lyndon Johnson suggested, “is out of its mind”. But such brutal self-assessments belong to another time of shame, guilt and responsibility, when tainted public figures tended to slink, or be pushed, into obscurity.

The modern west has been admirably different from other civilisations in its ability to counterbalance the arrogance of power with recognition of its excesses. Now, however, it is not only the bankers who radically expand our notion of impunity. Their chums in politics and the media coax, with criminal irresponsibility, the public into deeper fear and insecurity – and into blaming their overall plight on various enemies (immigrants, budding terrorists in Calais’s jungle, an un-American alien in the White House, Muslims and darkies in general).

Racism, a beast cornered if not tamed after much struggle, has lumbered back to civil society in the solemn guise of “reforming” Islam. Tony Blair summons us to worldwide battle on behalf of western values while embodying, with his central Asian clients, their comprehensive negation. The handful of media institutions and individuals that are not obliged to flesh out Rupert Murdoch’s tweets on Muslims seem to be struggling to remain viable in an increasingly retrogressive political culture. Even the BBC seems determined not to stray far from the Daily Mail’s editorial line.

Unsurprisingly, we witness, as Judt pointed out, “no external inputs, no new kinds of people, only the political class breeding itself”. “The old ways of mass movements, communities organised around an ideology, even religious or political ideas, trade unions and political parties to leverage public opinion into political influence” have disappeared. Indeed, the slightest reminder of this democratic past incites the technocrats of politics, business and the media into paroxysms of scorn.

Having acted recklessly to create their own reality, they have managed to trap all of us in a tawdry nightmare – a male buddy film of singular fatuousness. At the same time, reality-making has ceased to be the prerogative of the American imperium or of the French and British chumocrats, who lost their empires long ago and are still trying to find a role for themselves.

Some random fanatic, it turns out, can make their reality far more quickly, coercing the world’s oldest democracies into endless war, racial-religious hatred and paranoia. Such is the great power surrendered by the crappy generation and its epigones. The generations to come will scarcely believe it.”

This article by Pankaj Mishra was first published in the Guardian on Friday 1 January 2016: