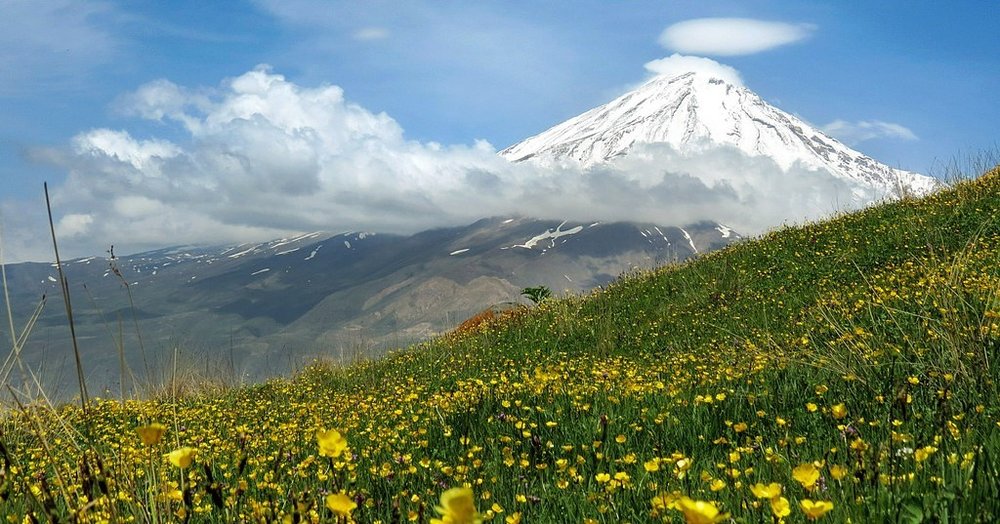 Mount Damavand, 69 kilometers northeast of Tehran, is the highest mountain in Iran, the Middle East and the highest volcanic peak in asia. It has an elevation of 5,670 meters and its summit shows a small concave crater. It is an inactive volcanic mountain which was activated in the Quaternary Period. It has numerous thermal springs. The peak of Damavand is covered permanently with snow during the entire year. The most important thermal springs are Ask and Larijan. The flora and fauna is very rich and include about 2000 plant species. There are numerous endemic species which are important to flora of the world.

Since I remember I’ve always been in love with nature and the mountains. They’ve always been with me, even in my earliest childhood. I had the privilege to be taught that by my late father from a very early age. I recall very fondly, going to Mount Damavand and the surrounding areas, walking, hiking on the footpaths, going to the thermal springs, catching trout from the river, cooking them on log fires, enjoying wonderful times with my parents and my brothers and sister. What  wonderful times we had in the company of Mother Nature.

Mountains Matter for Who, What and Why We Are 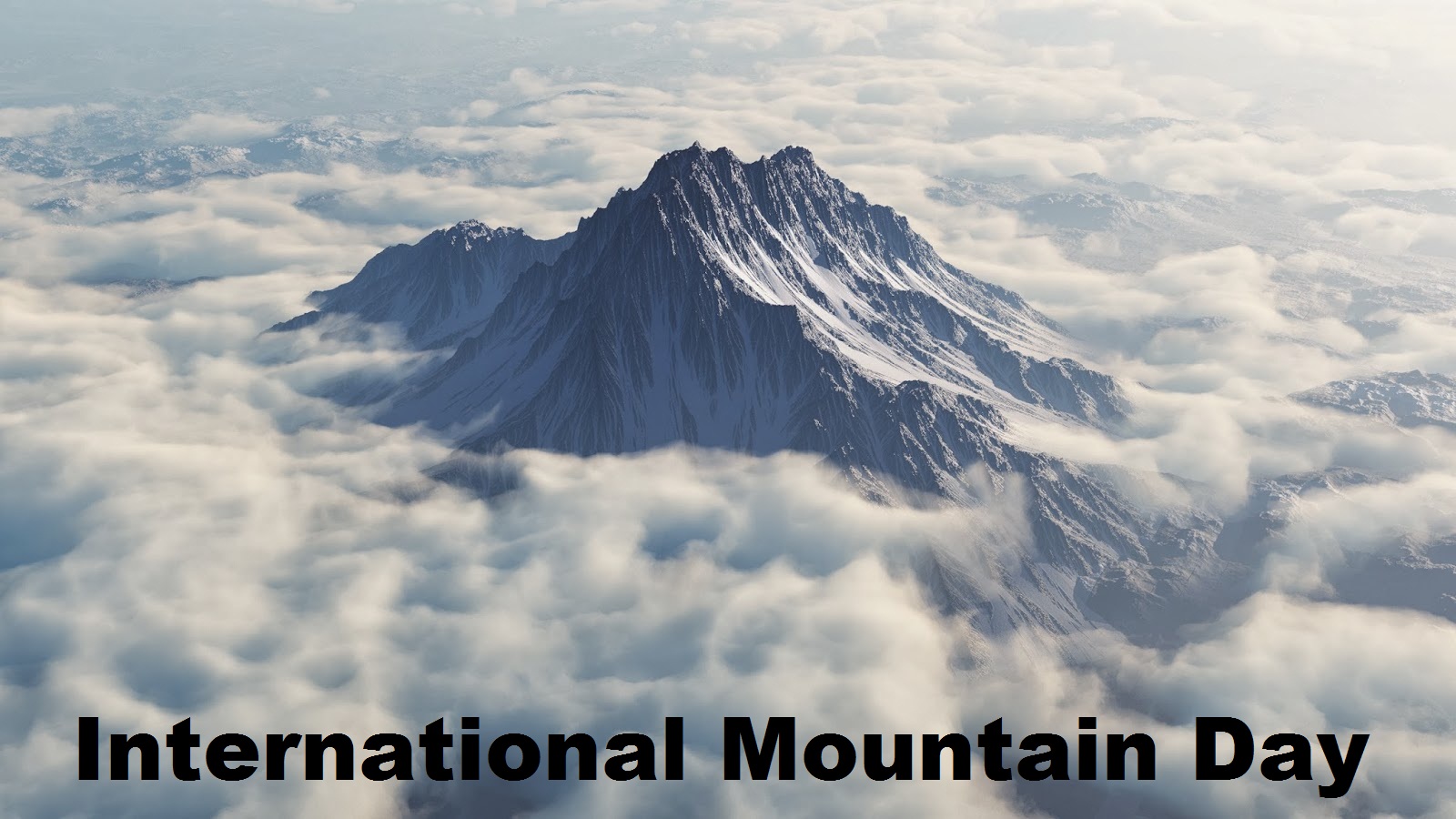 ‘The International Mountain Day has its roots in 1992, when the adoption of Chapter 13 of Agenda 21 “Managing Fragile Ecosystems: Sustainable Mountain Development” at the United Nations (UN) Conference on Environment and Development put a milestone in the history of mountain development. The increasing attention to the importance of mountains led the UN General Assembly to declare 2002 the UN International Year of Mountains. On this occasion, the UN General Assembly has designated 11 December, from 2003 onwards, as “International Mountain Day”.

Covering around 22 percent of the earth's land surface, mountains play a critical role in moving the world towards sustainable economic growth

Mountains not only provide sustenance and well-being to 915 million mountain people around the world but also indirectly benefit billions more living downstream.

Mountains provide freshwater, energy and food - resources that will be increasingly scarce in coming decades.

Mountains are home to 13 percent of the world’s population.

Ninety percent of the world’s mountain dwellers live in developing countries, where a vast majority live below the poverty line and 1 out of 3 faces the threat of food insecurity.

Mountains are places of tourism and cultural trails. Mountain tourism accounts for about 15–20 percent the global tourism industry.

Indigenous and local populations in mountains have unique and valuable local knowledge, traditions and cultural practices that can contribute to effective land management strategies.

Worldwide demand is on the rise for quality, high-value foods and beverages produced in mountain areas, such as coffee, honey, herbs and spices, as well as handicrafts, cosmetics and medicines.

To fully tap the potential of mountain products, small producers would benefit from targeted support in adequate value chains and marketing strategy, which would allow them to obtain fair compensation for their specific quality products as well as provide added value to the customers.

Mountains provide 60-80 percent of the world's freshwater - without which sustainable development that aims to eliminate poverty and hunger would not be possible.

Fresh water from mountains is fundamental for achieving global food security, as it is used by farmers to irrigate crops in many lowland agricultural regions.

Some of the world's largest cities, including New York, Rio de Janeiro, Nairobi, Tokyo and Melbourne, are dependent on freshwater from mountains.

Mountains have a key role to play in providing renewable energy, especially through hydropower, solar power, wind power and biogas.

Hydropower currently provides around a fifth of all electricity worldwide, and some countries rely almost exclusively on mountain regions for hydropower generation.

Mountains in regions with a dry or tropical climate hold particular potential for the generation of solar energy.

Mountains contribute to food and nutrition security by providing land for crops, grazing for livestock, watercourses for inland fisheries, and non-wood forest products such as berries, mushrooms and honey.

Mountain farming has been a model for sustainable development for centuries and is inherently "green" thanks to its small-scale character and low-carbon footprint.

Of the 20 plant species that supply 80 percent of the world's food, six originated and have been diversified in mountains: maize, potatoes, barley, sorghum, quinoa, tomatoes and apples.

Mountain farming is largely family farming as mountain areas, with their dispersed patches of usable land at different elevations and slope conditions, are more efficiently managed by small scale farming.

Most of the production of mountain farming is for family consumption, playing a key role in ensuring household food security.

The production and marketing of high-value mountain products can boost local mountain economies.

Mountain livelihoods tend to be highly diversified and this has proven to be a key to resilience. Some family members may work in agriculture (farming, forestry, aquaculture or animal husbandry) and may be employed on a regular or seasonal basis or even abroad. (International Mountain Day, fao.org)

Even though they are mentioned in the 2030 Agenda, mountains are still often forgotten. Considering the crucial role they play in providing key ecosystem goods and services to the planet and their vulnerability in the face of climate change, we need to step up and raise attention to mountains.

#MountainsMatter for Water as mountains are the world’s ‘water towers’, providing between 60 and 80 percent of all freshwater resources for our planet. However, all available records indicate that glaciers in mountain ranges around the world are retreating and disappearing due to climate change. At least 600 glaciers have disappeared completely over the past decades, affecting water supplies relied on by billions living downstream.

#MountainsMatter for Tourism as mountain destinations attract around 15-20 percent of global tourism and are areas of important cultural diversity, knowledge and heritage. Although mountain tourism has the potential to foster economic development in remote and isolated regions, many mountain communities are still not benefiting and live in poverty.

#MountainsMatter for Food as they are important centres of agricultural biodiversity and are home to many of the foods that come to our table, such as rice, potatoes, quinoa, tomatoes and barley. Yet, they are home to some of the hungriest peoples in the world with a high vulnerability to food shortages and malnutrition, and climate change is affecting mountain agriculture.

#MountainsMatter for Youth as despite the beautiful landscapes, life in the mountains can be tough, particularly for rural youth. Abandoning their villages in search of employment elsewhere has led to an absence of young people and an increasing labour shortage. Migration from mountains leads to an increase in abandoned agricultural, land degradation and often forest fires. At community level, cultural values and ancient traditions are lost.

#MountainsMatter for Indigenous Peoples as many mountain areas host ancient indigenous communities that possess and maintain precious knowledge, traditions and languages. Mountain peoples have developed remarkable land use systems and have a wealth of knowledge and strategies accumulated over generations on how to adapt to climate variability.

#MountainsMatter for Biodiversity as half of the world’s biodiversity hotspots are concentrated in mountains and mountains support approximately one-quarter of terrestrial biological diversity. Mountains are home to rare animals such as gorillas, snow leopards and the majestic tahr as well as strikingly beautiful plants such as orchids and lobelias. (International Mountain Day, fao.org)

International Mountain Day 2018 celebrated on December 11 is an occasion to create a large social movement that can bring mountain issues on the tables of politicians. Through a global campaign, a social media strategy and events around the world, FAO plans to tell the world that the current neglect of mountains and mountain peoples must stop. Mountains matter for who we are.

In Praise of All that Matters: NATURE

Serving the Earth, Serving One Another 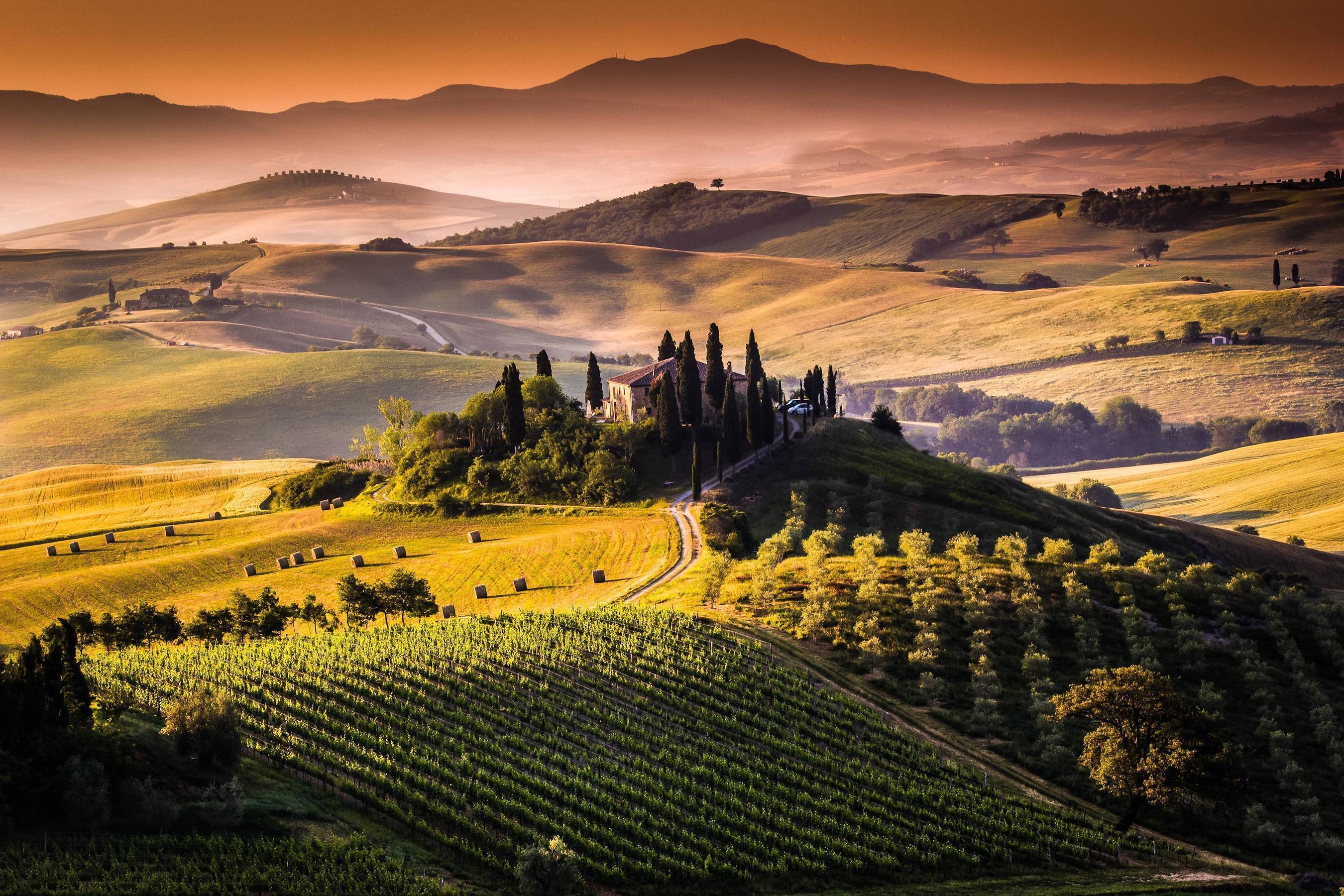 In a world of spiraling ecological, socio-political and economic crises, where does one find hope and wisdom?

Where can we search for and discover our spiritual calling and be one with the world and with each other?

Our Journey of Hope, Caring for Our Sacred Earth