An Inter-faith Perspective on
Globalisation for the Common Good 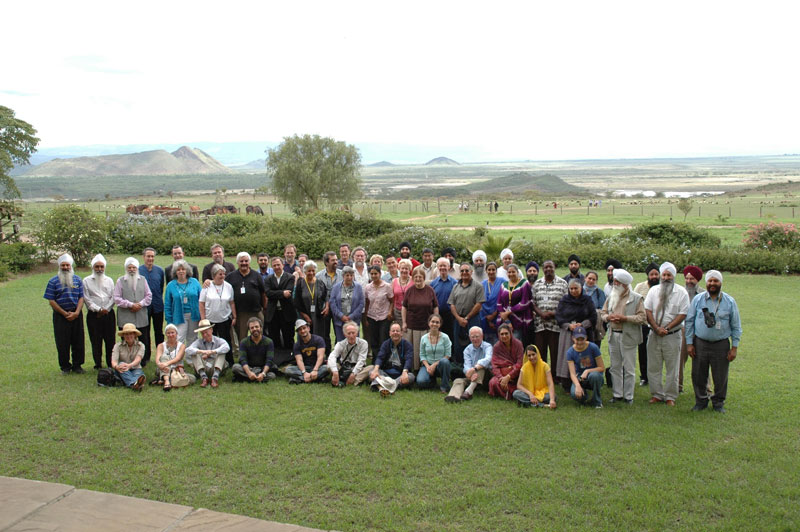 About the Conference Venue:

For many centuries, Africa remained labelled, in a rather casual and inconsiderate way, the ‘Dark Continent’. It suffered under the yoke of colonial subjugation and repeated economic exploitation. Its wealth of raw material, including gold and diamonds, was plundered and its people endured the untold sufferings of the slave trade. Africa was hastily carved up by the colonial nations in their scramble for a portion of the continent, and those regions that offered the most attractive climate and conditions were routinely granted to the aristocrats and those with wealth and power. After gaining independence, Africa became steeped in terrible debt for which, despite ‘debt relief’ programmes from the West, it is still suffering the consequences.

The conference venue in Kericho therefore throws into stark relief many of the challenging issues we face concerning ‘Globalisation for the Common Good’. It is surely time that humanity woke up to Africa’s enduring plight and found constructive ways to make amends and create real opportunities for regeneration and sustainable development.

The small town of Kericho owes its name to a renowned African healer and medicine man known as ‘Kerich’. People from far and wide would flock to see him in this green and fertile region of East Africa, so much so that the town was named Kericho in tribute to his remarkable healing gifts. Around the early 1900s, Kericho became home to settlers from the Indian Subcontinent, including a number of Sikh families. Today, the town is associated with one of the most eminent and influential Sikh saints of the twentieth century outside India. Remembered fondly as ‘Baba Puran Singh Ji of Kericho’, he was born in 1898 to a devout Sikh family in the Panjabi village of Gura. Married at a young age, he emphasised the Sikh principle of ‘Grihsthi Jeevan’, to live the life of a householder, carrying out all one’s responsibilities to family and society whilst kindling spirituality within, rather than choosing a reclusive life of meditation – in other words, this was to live like the lotus flower, with its roots in the muddy waters of earthly life, with spirituality blossoming like petals above.

Baba Puran Singh emigrated to Kenya in 1916 and spent a total of forty-seven years in Kericho itself, where he set up ‘Kericho Wagon Works’. There he focussed on earning a livelihood, being a father to his family and helping others in the town, notably through municipal improvement schemes, such as the renovation of hospitals, schools and churches. In recognition of his civic contributions, the town square was named Sant Puran Singh Square. He also devoted himself to a private life of meditation, a love for Kericho’s natural surroundings, and the practice and propagation of the Sikh faith, demonstrating that modernity and spiritual growth need not be contradictory. It was in 1952 that Baba Puran Singh’s spirituality was given open recognition by a visiting saint from India and, thereafter, Kericho became immortalised through his immense humility and compassion, resilience and conviction which drew thousands to the town. In the 1970s Baba Puran Singh came to England and became a catalyst for the spiritual regeneration of Sikhs in Britain and around the world and a driving force for interfaith understanding. He founded the international charitable organisation, Guru Nanak Nishkam Sewak Jatha whose headquarters are in Birmingham, UK, which promotes the spirit and practice of selfless service (‘nishkam sewa’) in the name of Guru Nanak Dev Ji, the founder of the Sikh faith.

Today, Kericho is home to Africa’s largest Gurudwara or Sikh place of worship, which in recent years has been extended and refurbished as a ‘living’ monument to this great saint. For Sikhs who are endeared to the town and to the memory of Baba Puran Singh, the name Kericho is associated with the healing and rejuvenation of mind, body and soul, echoing the original legacy of the African healer ‘Kerich’ many year before. The spaciousand monumental Gurudwara, which has become a stunning architectural landmark in the region, envelopes Baba Puran Singh Ji’s modest family residence as well as workshop – the ‘Kericho Wagon Works’ – which is still operating 79 years on since it was founded in 1925. The site has been gazetted by the Government of Kenya as a place of spiritual significance. Another renowned Gurudwara in Kenya, which was the first to be built in the African continent, is in the small town of Makindu en route from Nairobi to the coastal resort of Mombasa, home to a long-established Sikh community. Still today, Makindu is a popular stop-over for pilgrims and travellers and is noted for its spiritually vibrant and refreshing atmosphere. Adjoining the Gurudwara an infrastructure has been built for ‘The Nishkam Puran Technical Institute’ envisaged to impart technical skills, with a faith dimension, to indigenous local youth. The visionary initiative, which in time should become a model to be emulated, is a combination of benevolence and charity exercised by followers of one faith into doing positive good for people of different faiths who are marginalised and less privileged. The unique enterprise thus strives to build bridges between different faith communities across physical and hierarchical borders, across nations and nationalities and, with the respective government’s blessings, to serve at the grass roots level. This development initiative can be seen as a practical example of the human spirit at work for Globalisation for the Common Good. The forthcoming April 2005 conference will be the second international programme to be hosted by GNNSJ in Kericho. In March 2004 it was the venue for a conference organised jointly by GNNSJ and Chicago-based CPWR (Council for a Parliament of the World’s Religions) entitled ‘The power of commitment in improving the plight of refugees and addressing international debt cancellation for developing countries.’ This event brought together over eighty leaders and activists from around the world, including figures such as Rev. Professor Micheal Taylor, Director of World Faiths Development Dialogue; the Rev. Dirk Ficca, Executive Director of CPWR; and Hon. Dr. A. A. Moody Awori, the Republic of Kenya’s Vice President and Minister for Home Affairs. Faith is expected to be the ‘global prime mover’ of the 21st century in the third millennium. Globalisation without the faith element’s humane traits is bound to result in exploitation. To establish world peace and harmony, it is paramount that humanity eradicates poverty, through charitable acts and education, through exercising love for human beings, through actually practicing not theorising faith’s universal qualities of compassion, forgiveness, truthfulness, selflessness, humility and love. In turn, faith organisations should have an open door policy for social uplift, community development, conservation and environment issues as well as education and technical training. The Babylonian proverb ‘work is worship’ cannot be true without work having a faith dimension for its upkeep. The human spirit, being indestructible, is the only everlasting human ‘constituent’ that can, in absolute terms, guarantee sustainability. Finally, Kericho and the surrounding region can be considered as the emerald of Kenya; scenic and serene, it is a truly breathtaking, naturally carpeted ‘tea-country’ of tranquillity. The appreciation and protection of nature and the environment is mandatory for humanity within the globalisation context. Kericho is only an hour’s drive from the world’s largest fresh water lake – Lake Victoria Nyanza, and only some two hours drive from Masai Mara National Park, offering a chance to view Kenya’s extraordinary wildlife first hand. Conference participants will therefore have the opportunity to experience the region’s spectacular natural beauty during their stay. Nature according to the Sikh scripture is second to Godliness.