Silent Spring: A Must-Read Book for all those attending COP26 hoping to heal and save mother nature

Nearly 60 years ago, Rachel Carson fought the chemical industry barons. She won and saved the world from the scourge of DDT. The COP26 leadership would do well to study her example, and be inspired by her commitment, courage and reselience.

Silent Spring exposed the hazards of the pesticide DDT and helped set the stage for the environmental movement. 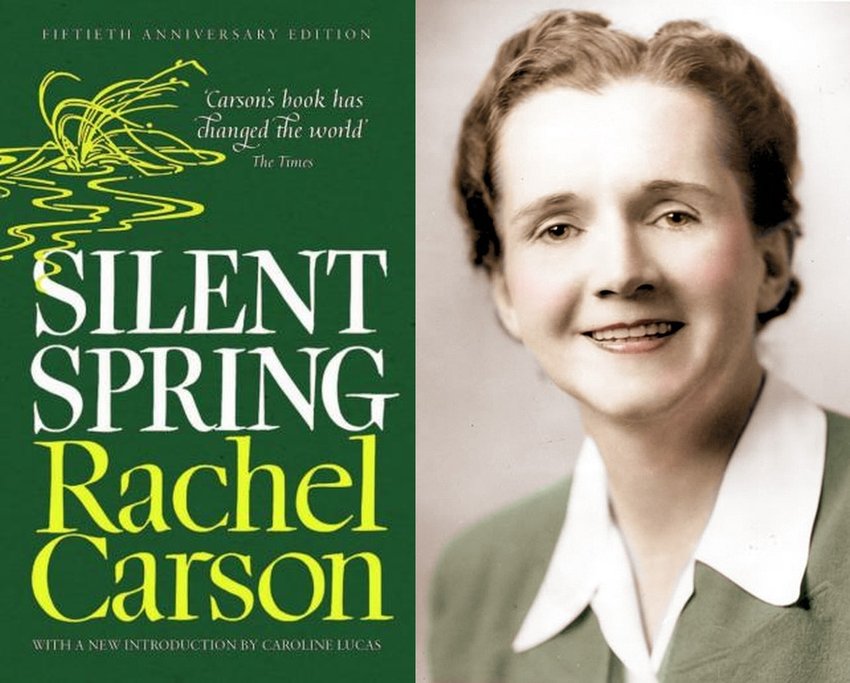 ‘Only within the moment of time represented by the present century has one species -- man -- acquired significant power to alter the nature of his world.’

As Robert McCrum writing in the Guardian in 2016 has remarked:   ‘Silent Spring is a classic of American advocacy, a book that sparked a nationwide outcry against the use of pesticides, inspired legislation that would endeavour to control pollution, and thereby launched the modern environmental movement in the US. The great nature writer Peter Matthiessen identified its “fearless and succinct” prose as “the cornerstone of the new environmentalism”. In a few limpid chapters, and fewer than 300 pages, Rachel Carson described the death of rivers and seas, the scorching of the soil, the annihilation of plant life and forests, the silencing of the nation’s birds, the perils of crop spraying, the poisoning of humanity (“beyond the dreams of the Borgias”) and the genetic threats posed by all of the above, especially in its carcinogenic manifestations…

‘The unrestricted use of pesticides in North America had boomed after the second world war. Carson, whose early work for the US Bureau of Fisheries had given her a special understanding of marine pollution, was one of the first to realise that DDT, a radical new pesticide, had severe ecological consequences. As the great ethnobiologist Edward O Wilson has written: “The effects of pesticides on the environment and public health had been well-documented before Silent Spring, but in bits and pieces scattered through the technical literature. Environmental scientists were aware of the problem but they focused only on the narrow sector of their personal expertise.” Carson’s achievement was to synthesise this information into a single message (her unforgettable image of a “silent spring”) that scientists and the general public could relate to and understand...

‘The chemical industry, which had championed DDT as central to the nation’s domestic agriculture, was an unofficial part of the war effort. Carson was seen as triply dangerous. First, she was an outsider; second, she was a humble biologist with no academic background; and third, she was a woman who addressed herself to the general public (writing radio scripts and bestselling books like The Sea Around Us, 1951). In a word, she was unqualified and unpatriotic…’

However, she persisted and she won. She changed the US and Changed the world too: Silent Spring by Rachel Carson (1962)

Rachel Carson and the legacy of Silent Spring

Life and Legacy of Rachel Carson

The GCGI Call to COP26: Make COP26 The Dawn of a New Beginning

The World is in a Bad Way- Fix Education, Fix the World