Platinum Jubilee: The view from the balcony

Paul Oestreicher examines the contract between the monarch

and the public in the UK and the Commonwealth* 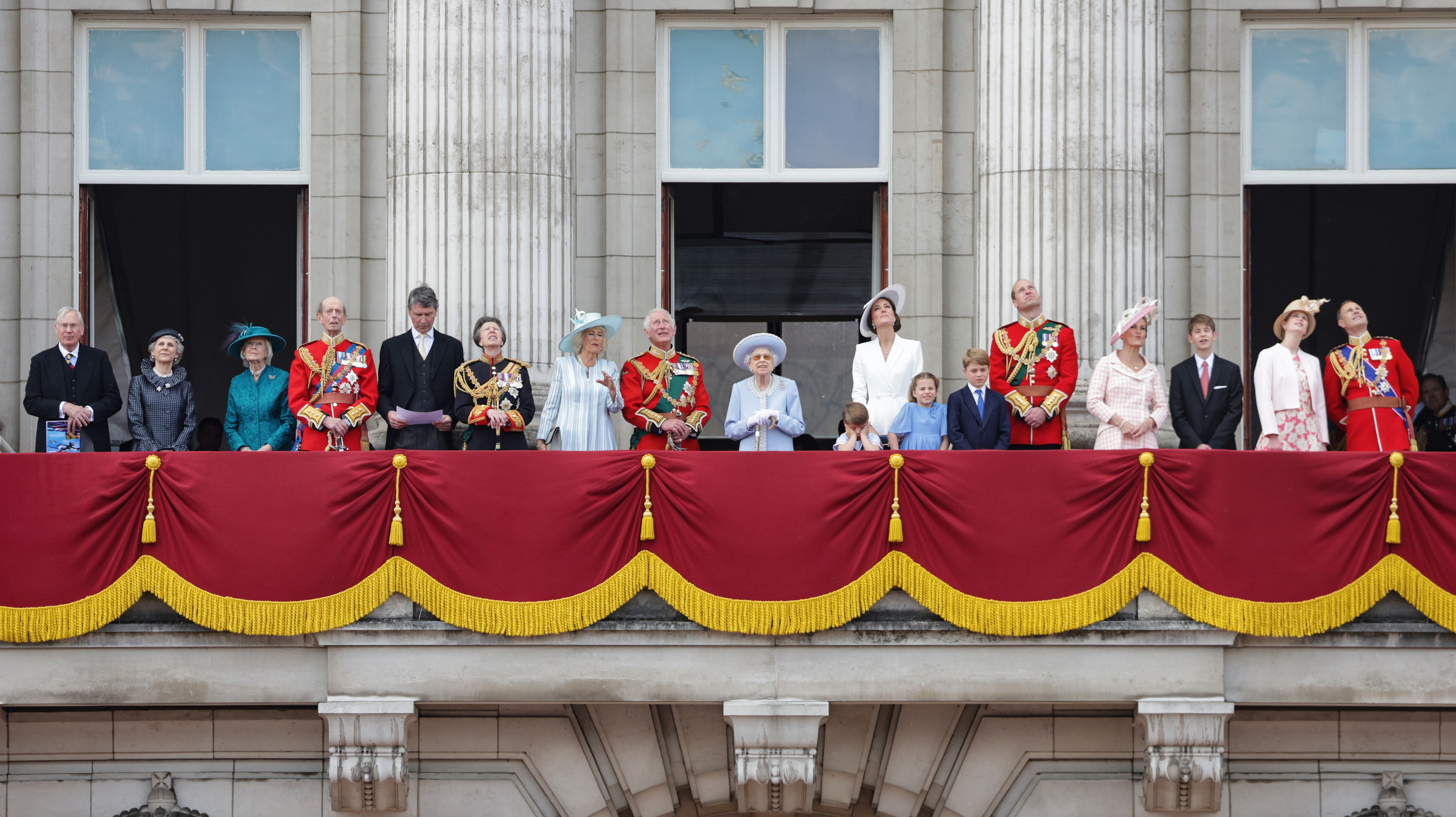 the Trooping the Colour parade on June 2, 2022, in London.-Chris Jackson / Getty Images

‘THE Firm needs a balcony from which to wave, and a people to return the compliment, and maybe even cheer. The sun may shine.

From the unthinkable moment when the longest and most popular reign in British history comes to a peaceful end, King Charles, if he chooses to, and his consort will reign — but not rule. That is of the essence of our polity. The citizens, no longer subjects, will peacefully go their own way and think their own thoughts. Some may even wonder: how long will this circus survive?

Come the next reign, which may still be quite some way off, one thing is clear: revolution is not in the air. My guess is that the next monarch may choose to continue to share his private passions and convictions with the people. That will neither frighten the royal horses nor destabilise the status quo. It may simply add some spice to life at the Palace. Changes are as natural as the hitherto moderate climate of these isles.

These reflections are clearly no more than my uncertain predictions. Nothing beyond the present moment is ever certain.

I have said all this with equanimity, even though my much-respected training vicar, Stanley Evans, long since promoted to higher realms, would be angry — very angry.

A leading light in the Christian Socialism of the East End of London, he would say: “It is none of your business to reflect on what will be. You must state in no uncertain terms what should and shall be. The inherited privilege of the few is wrong, wrong, wrong. Challenge it!”

I have to confess that, even while I was his curate, Stanley was right never to quite trust me. Marxist fundamentalism is as foreign to me as are its Christian varieties. Nevertheless, he was right in siding with Wat Tyler’s priest, John Ball, proclaiming to the peasants on Blackheath in June 1381, before they marched on Westminster, that “Under God, all shall be equal.”

That is why the economy, the just distribution of our common wealth, matters more than our mode of national management. For challenging the rich, Tyler and Ball were hanged, drawn, and quartered. The Archbishop concurred (but then, the rebels had beheaded his predecessor).

WITH a New Zealand degree in politics, two books on Christian-Marxist dialogue, and a lifetime as a church diplomat based in England but ministering far beyond, I was always on the frontiers of non-party politics.

My first seven years were lived in Nazi Germany. New Zealand then gave my family refuge. Europe, Western and Eastern, of which England (Brexit be damned) will always be a part, became my workshop. At 90, I am back in the South Pacific. My three passports sit lightly together.

These are my credentials for this reflection on what good governance might look like in years to come.

So, back to my start. Ceremonials do matter. The English love it — even our flag. But never, never, “My country right or wrong.” That’s pernicious. Traditions go deep. The kings and queens of this sceptred isle, to whom Shakespeare gave character and meaning, frame our history. Yet the people made it.

Charles and Camilla will need a new framework. To crown them surrounded by the hierarchy of the Church of England would be an anachronism, faintly ridiculous, far away from where the great majority of the people are.

Solemnity, yes, given our history; even Christian solemnity, with the assurance of freedom of religion and conscience for all. Goodbye to “protecting the Protestant Religion” of Elizabeth l. Welcome to the Universal Declaration of Human Rights. Jews, Muslims, and those of other faiths should be made to feel part of this realm, as well as those whose faith is known to God alone.

The post-Elizabethan age, when it arrives, will trigger a debate. Do we really want a monarchy? The question needs to be asked, although I shudder at one more referendum. The issue might well engender massive heat and division at the expense of what really matters: the maintenance of a just and open society — the very thing that is in the process of being lost, both in the barely United Kingdom and in the rest of Europe.

LET me explain by using the example of the erstwhile British colony of New Zealand, which is gradually adopting its much more poetic Maori name of Aotearoa: Land of the Long White Cloud. It has kept the Union flag beside the Southern Cross on its flag, and this by popular choice. There was no need, given the almost universal love of the Queen, to put the monarchy question to the people. Post-Elizabeth, that is very likely to happen.’

*This article was first published in Church Times on 27 May 2022. 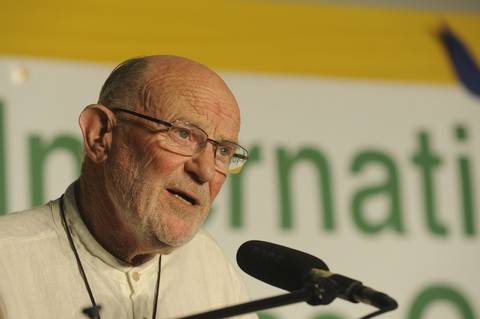 …’In 1986, just after the birth of our second son, Paul, I was awarded my PhD and soon after I was given a full time post as senior lecturer at the Department of Economics at Coventry Polytechnic (now University).

I did not know at the time that I was going to meet a globally known and respected person, a man that was going to have a major impact on my life in years to come.

They arrived at the restaurant where I was waiting for them. Kevin introduced me to Canon Paul Oestreicher, a residentiary canon of Coventry Cathedral and director of the Cathedral's Centre for International Reconciliation, a member of the General Synod of the Church of England, Chair of Amnesty International UK from 1975-1979; Vice President, Campaign for Nuclear Disarmament (CND); and a lifetime worker for peace and social Justice.

Paul and I became very good friends. I shared many wonderful and enriching times with him at his office at the cathedral, listening to his stories, learning from his wisdom and insight. A truly wonderful man. We also had many wonderful times, sharing food and drinks at our respective homes, alongside our families…’: Coventry and I: The story of a boy from Iran who became a man in Coventry

More articles by Canon Oestreicher from the GCGI Archive:

And finally, my heartfelt congratulations to Paul for his award of OBE in the Queen’s Jubilee Birthday Honours “for services to Peace, Human Rights and Reconciliation”. …Jubilee honours for Paul Oestreicher, lifelong peace activist

With our best wishes to Paul from all of us in Coventry.