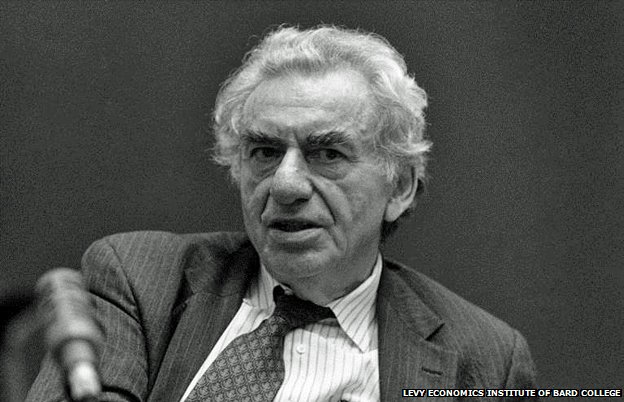 Thirty years ago, when most economists were extolling the virtues of financial deregulation, privatisation and innovation, amongst others, a maverick named Hyman P. Minsky maintained a more negative view of Wall Street; in fact, he noted that bankers, traders, and other financiers periodically played the role of arsonists, setting the entire economy ablaze. Wall Street encouraged businesses and individuals to take on too much risk, he believed, generating ruinous boom-and-bust cycles. The only way to break this pattern was for the government to step in and regulate the moneymen.

Many of Minsky’s adversaries regarded his “financial-instability hypothesis,” which he first developed in the nineteen-sixties, as radical, if not crackpot.

However, today, with the subprime crisis and its continuing and deepening devastating consequences, Minsky’s wisdom is being revisited and references to him have become commonplace on financial Web sites and in the reports of Wall Street analysts. Minsky’s hypothesis is well worth revisiting.

The currently observed turmoil in financial markets, which is believed to have been ignited by the collapse of the subprime mortgage market, has recently brought to prominence the ideas of Hyman Minsky (1919–1996), a professor of financial economics at Washington University in St. Louis, and a distinguished scholar at the Levy Economics Institute of Bard College. Many commentators are of the view that Minsky's framework of thinking accurately anticipated the current financial crisis.

Minsky considered himself a Keynesian. He rejected conventional economic ideas such as the efficient market hypothesis in favour of what he called the financial instability hypothesis. Minsky held that, over a prolonged period of prosperity, investors take on more and more risk, until lending exceeds what borrowers can pay off from their incoming revenues. When over-indebted investors are forced to sell even their less-speculative positions to make good on their loans, markets spiral lower and create a severe demand for cash—an event that has come to be known as a "Minsky moment."

Minsky grew up during the Great Depression, an event which shaped his views and set him on a crusade to explain how it happened and how a repeat could be prevented.

Today, as Duncan Weldon has noted, his long out-of-print books are suddenly in high demand with copies changing hands for hundreds of dollars - not bad for densely written tomes with titles like Stabilizing an Unstable Economy.

Here are five of Minsky’s ideas:

Minsky's main idea is so simple that it could fit on a T-shirt, with just three words: "Stability is destabilising."

Most macroeconomists work with what they call "equilibrium models" - the idea is that a modern market economy is fundamentally stable. That is not to say nothing ever changes but it grows in a steady way.

To generate an economic crisis or a sudden boom some sort of external shock has to occur - whether that be a rise in oil prices, a war or the invention of the internet.

Minsky disagreed. He thought that the system itself could generate shocks through its own internal dynamics. He believed that during periods of economic stability, banks, firms and other economic agents become complacent.

They assume that the good times will keep on going and begin to take ever greater risks in pursuit of profit. So the seeds of the next crisis are sown in the good time.

Minsky had a theory, the "financial instability hypothesis", arguing that lending goes through three distinct stages. He dubbed these the Hedge, the Speculative and the Ponzi stages, after financial fraudster Charles Ponzi.

In the first stage, soon after a crisis, banks and borrowers are cautious. Loans are made in modest amounts and the borrower can afford to repay both the initial principal and the interest.

As confidence rises banks begin to make loans in which the borrower can only afford to pay the interest. Usually this loan is against an asset which is rising in value. Finally, when the previous crisis is a distant memory, we reach the final stage - Ponzi finance. At this point banks make loans to firms and households that can afford to pay neither the interest nor the principal. Again this is underpinned by a belief that asset prices will rise.

The easiest way to understand is to think of a typical mortgage. Hedge finance means a normal capital repayment loan, speculative finance is more akin to an interest-only loan and then Ponzi finance is something beyond even this. It is like getting a mortgage, making no payments at all for a few years and then hoping the value of the house has gone up enough that its sale can cover the initial loan and all the missed payments. You can see that the model is a pretty good description of the kind of lending that led to the financial crisis.

The "Minsky moment", a term coined by later economists, is the moment when the whole house of cards falls down. Ponzi finance is underpinned by rising asset prices and when asset prices eventually start to fall then borrowers and banks realise there is debt in the system that can never be paid off. People rush to sell assets causing an even larger fall in prices. 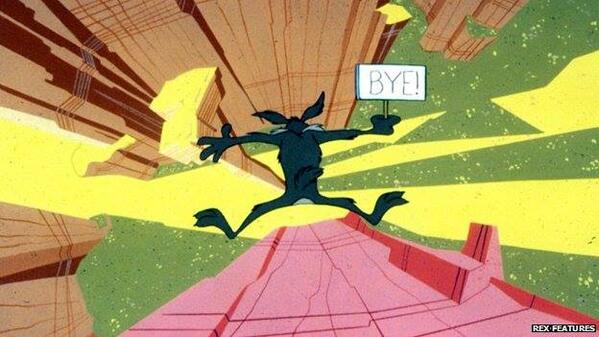 The Minsky moment: Like the moment when the cartoon character realises they're running on thin air

It is like the moment that a cartoon character runs off a cliff. They keep on running for a while, still believing they're on solid ground. But then there's a moment of sudden realisation - the Minsky moment - when they look down and see nothing but thin air. Then they plummet to the ground, and that's the crisis and crash of 2008.

Until fairly recently, most macroeconomists were not very interested in the finer details of the banking and financial system. They saw it as just an intermediary which moved money from savers to borrowers.

This is rather like the way most people are not very interested in the finer details of plumbing when they're having a shower. As long as the pipes are working and the water is flowing there is no need to understand the detailed workings.

To Minsky, banks were not just pipes but more like a pump - not just simple intermediaries moving money through the system but profit-making institutions, with an incentive to increase lending. This is part of the mechanism that makes economies unstable.

Preferring words to maths and models

Since World War Two, mainstream economics has become increasingly mathematical, based on formal models of how the economy works.

Although he trained in mathematics, Minsky preferred what economists call a narrative approach - he was about ideas expressed in words. Many of the greats from Adam Smith to John Maynard Keynes to Friedrich Hayek worked like this.

While maths is more precise, words might allow you to express and engage with complex ideas that are tricky to model - things like uncertainty, irrationality, and exuberance. Minsky's fans say this contributed to a view of the economy that was far more "realistic" than that of mainstream economics.

*The above excerpts are taken from an article by Duncan Weldon, which was first published at the BBC News Magazine on 24 March 2014