which he believed every person “had a right to enjoy”.

Sheer poetry, heavenly beauty, and the celebration of Mother Nature in the lakes:

Grasmere really is ‘the loveliest spot man hath ever found’

‘In 1799, after years of restless wandering and uncertainty, Wordsworth returned to his native Lake District to make a home with his sister Dorothy.

The Wordsworths chose a humble cottage in Town End, with whitewashed walls and Lakeland slate floors, in a hamlet on the edge of Grasmere village.

We know it today as Dove Cottage, the place where poetry changed forever.’ 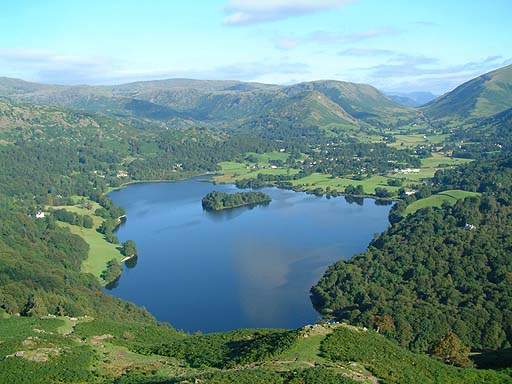 Grasmere and Grasmere Village from Loughrigg. Picture by Tony Richards.

"Embrace me then, ye Hills, and close me in;

Now in the clear and open day I feel

Your guardianship; I take it to my heart;

But I would call thee beautiful, for mild,

And soft, and gay, and beautiful thou art

Dear Valley, having in thy face a smile

Though peaceful, full of gladness. Thou art pleased,

Pleased with thy crags and woody steeps, thy Lake,

Its one green island and its winding shores;

The multitude of little rocky hills,

Thy Church and cottages of mountain stone

And lurking dimly in their shy retreats,

Or glancing at each other cheerful looks

Like separated stars with clouds between."- William Wordsworth, Home at Grasmere

Those of you familiar with my writings know well of my love, respect and admiration for my spiritual teacher, William Wordsworth. Thus, no wonder how blissful and grateful I was when my wife, Annie and I, travelled to the Lake District, went to Grasmere and visited Dove Cottage.

Wordsworth was there with his sister Dorothy from 1799 to 1808 and penned the line "I wandered lonely as a cloud" after being inspired by flowers the pair had seen on the shores of Ullswater.

It was at Dove Cottage that he also wrote most of his best known verses, including his Ode: Intimations of Immortality, Ode to Duty, and My Heart Leaps Up, together with parts of his autobiographical epic The Prelude. 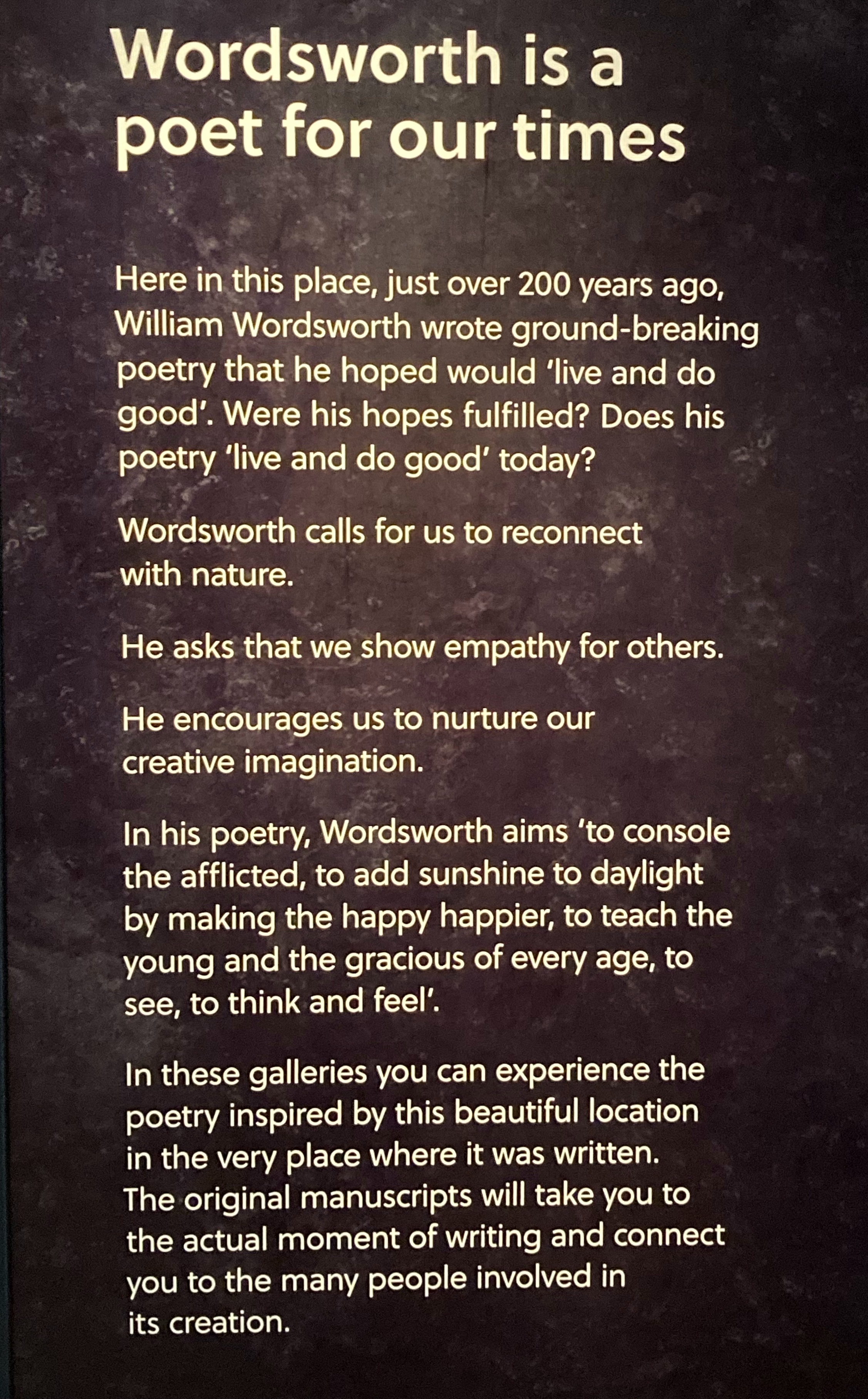 To prepare an article in celebration of Wordsworth's 250th birthday anniversary which was in 2020, we went to the lakes and Grasmere in November 2019. However, due to construction works and improvements to Dove Cottage the Cottage was closed to the public. Then, due to COVID-19 lockdowns, we were unable to visit the Lake District in 2020, so you can imagine how delighted and happy we were this time around in November 2021, when we made our long awaited  pilgramge  to Dove Cottage on November 11th. 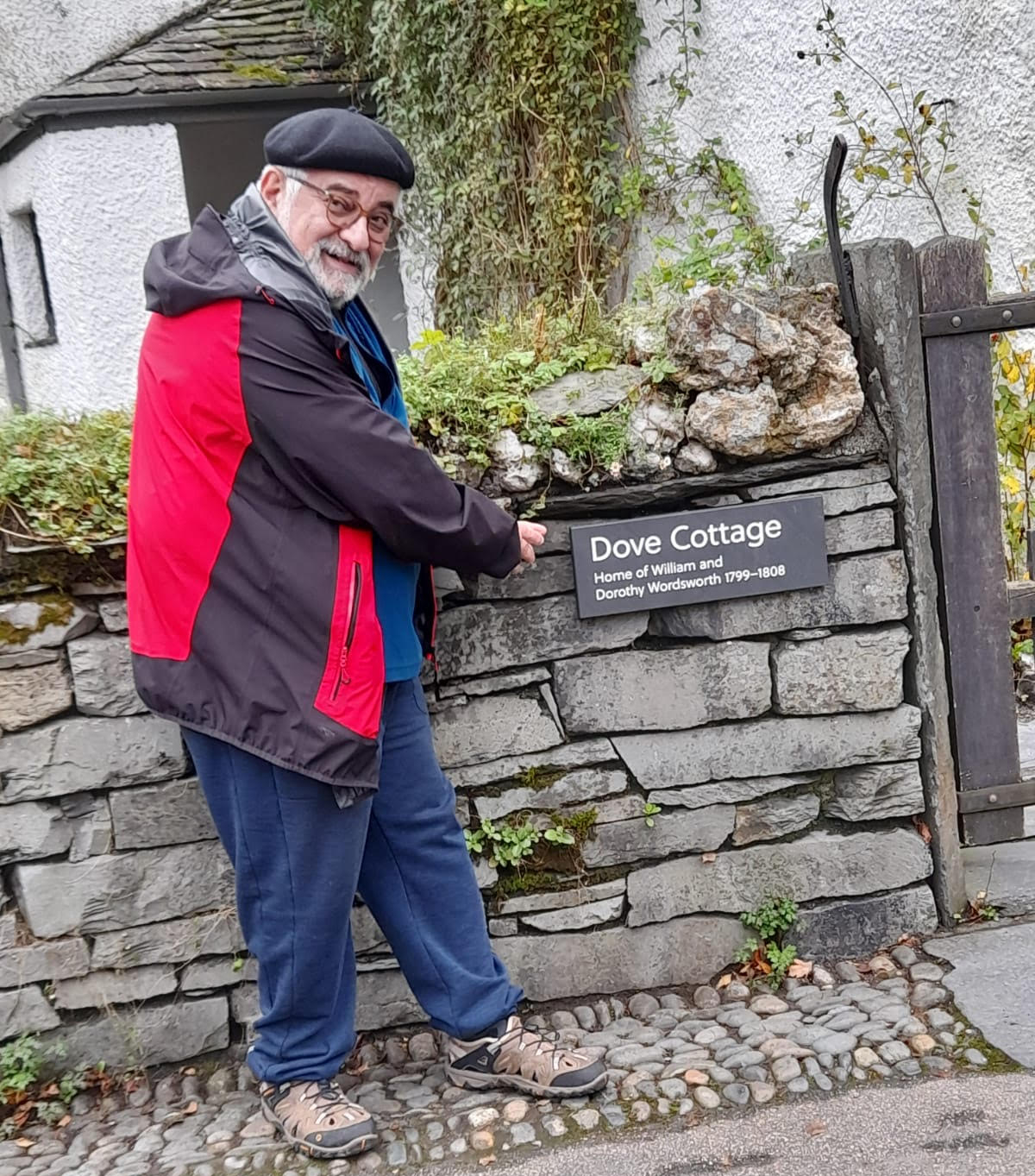 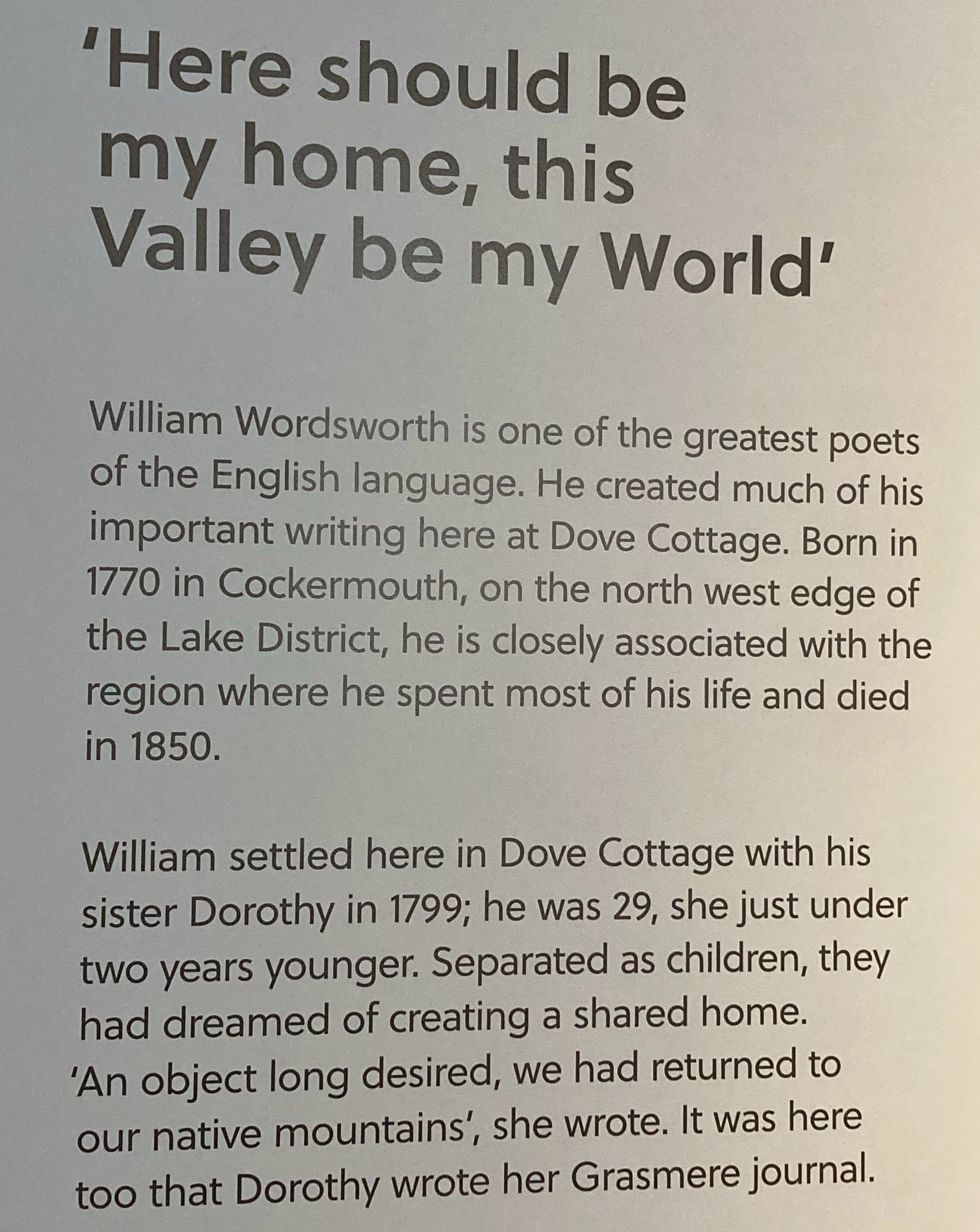 ‘As a poet of Nature, Wordsworth stands supreme. He is a worshipper of Nature, Nature’s devotee or high-priest. His love of Nature was probably truer, and more tender, than that of any other English poet, before or since. Nature comes to occupy in his poem a separate or independent status and is not treated in a casual or passing manner as by poets before him. Wordsworth had a full-fledged philosophy, a new and original view of Nature. Three points in his creed of Nature may be noted:

(b)   Wordsworth believed that the company of Nature gives joy to the human heart and he looked upon Nature as exercising a healing influence on sorrow-stricken hearts.

(c)   Above all, Wordsworth emphasized the moral influence of Nature. He spiritualised Nature and regarded her as a great moral teacher, as the best mother, guardian and nurse of man, and as an elevating influence. He believed that between man and Nature there is mutual consciousness, spiritual communion or ‘mystic intercourse’. He initiates his readers into the secret of the soul’s communion with Nature. According to him, human beings who grow up in the lap of Nature are perfect in every respect…’- Continue to read

Thank you William Wordsworth for your teachings and inspiration 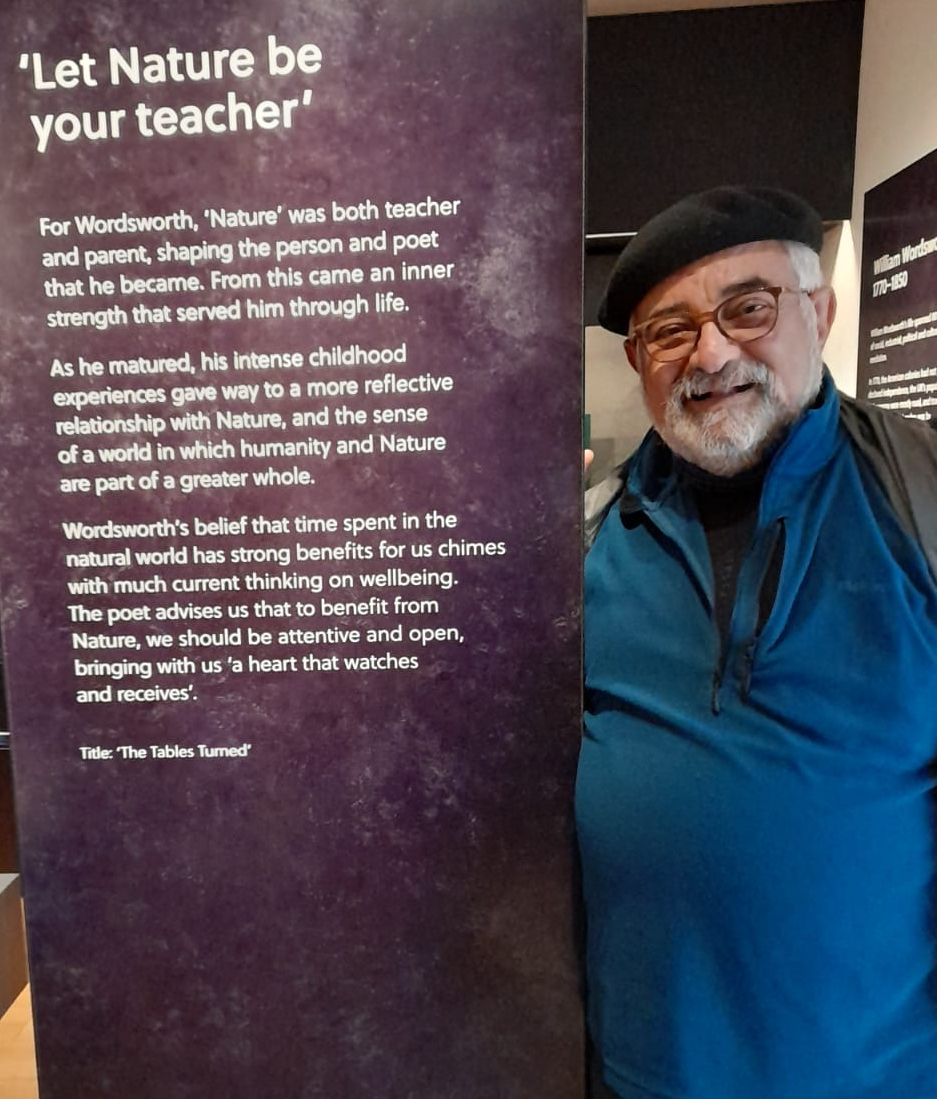 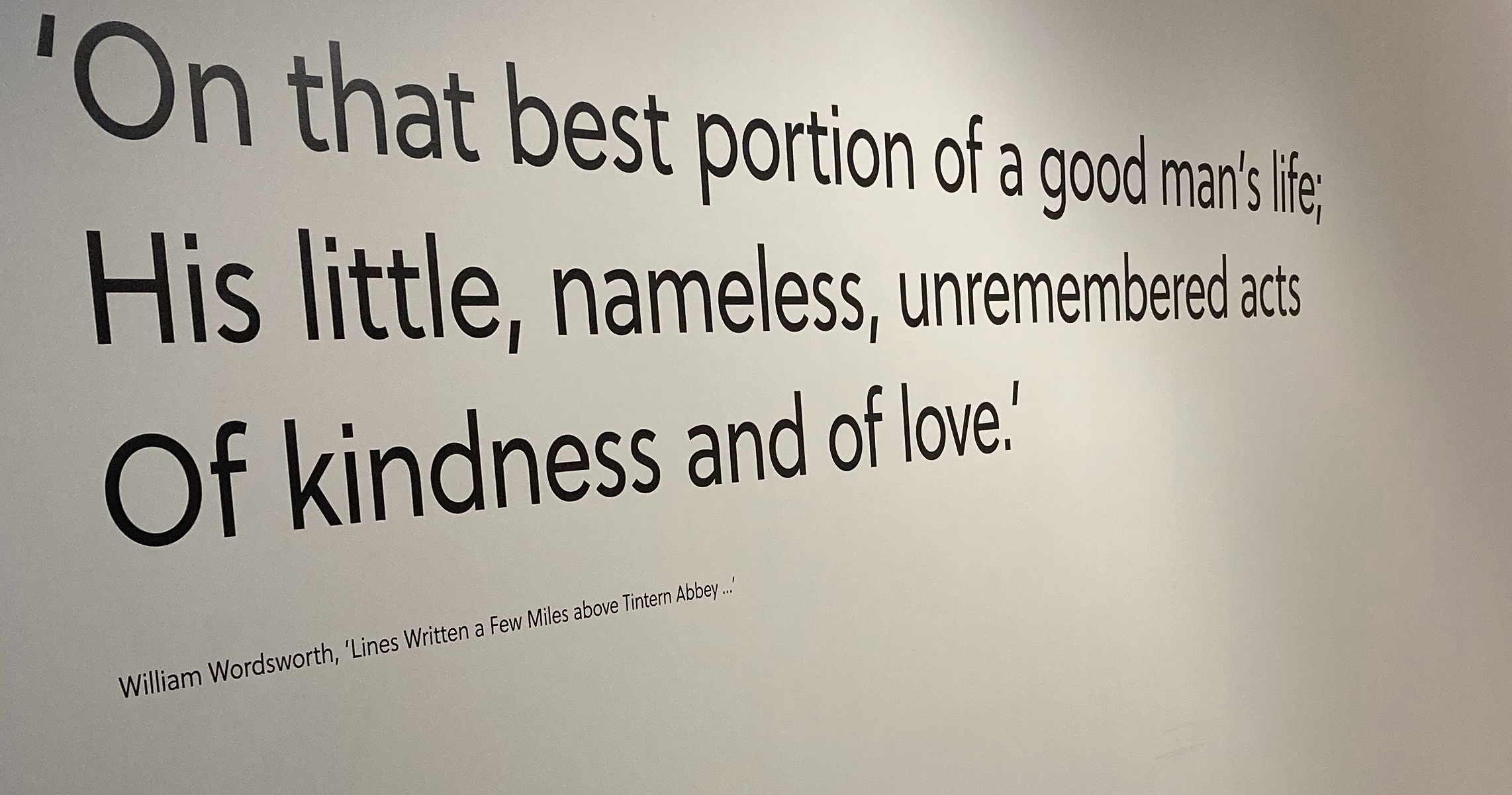 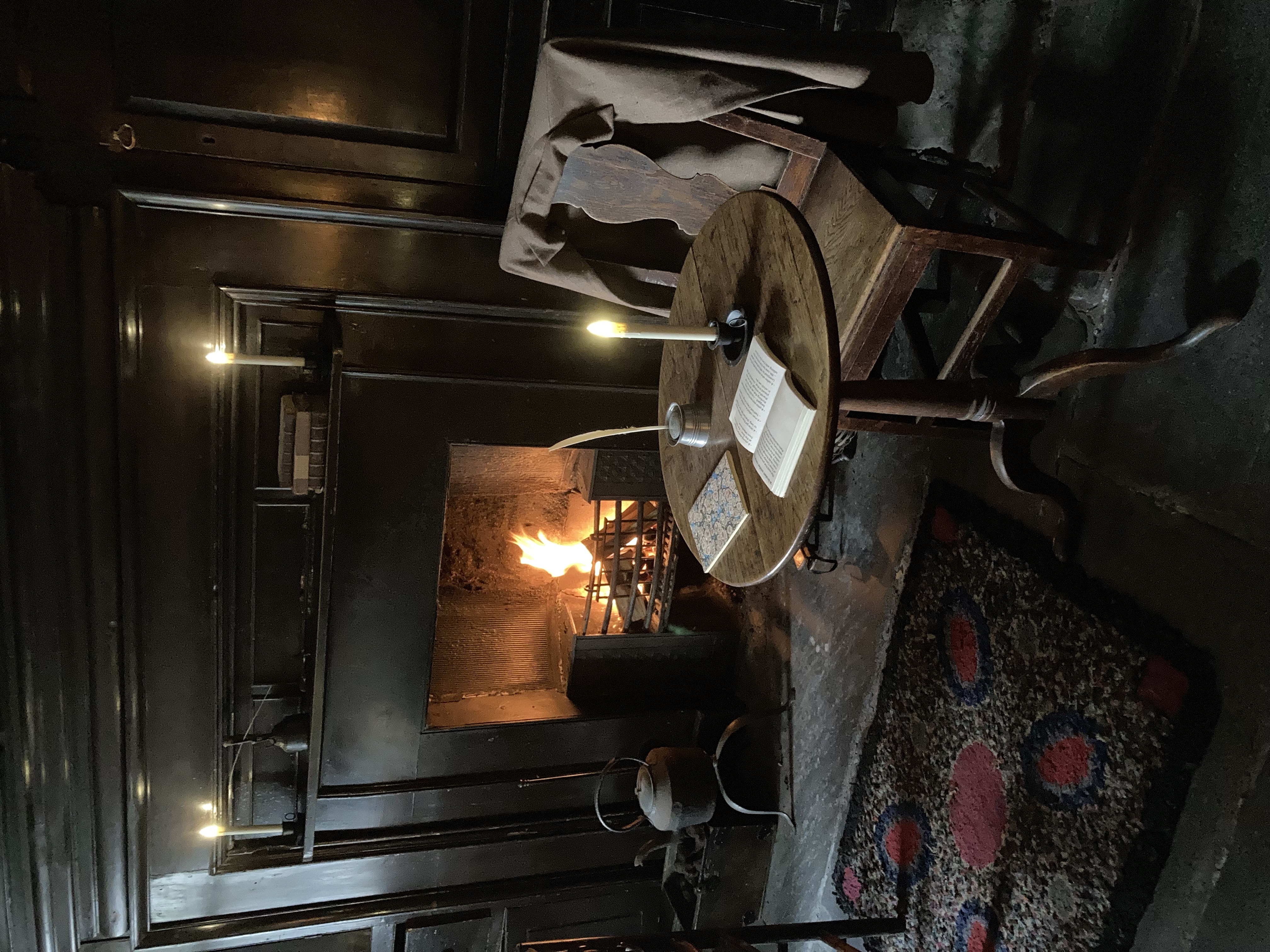 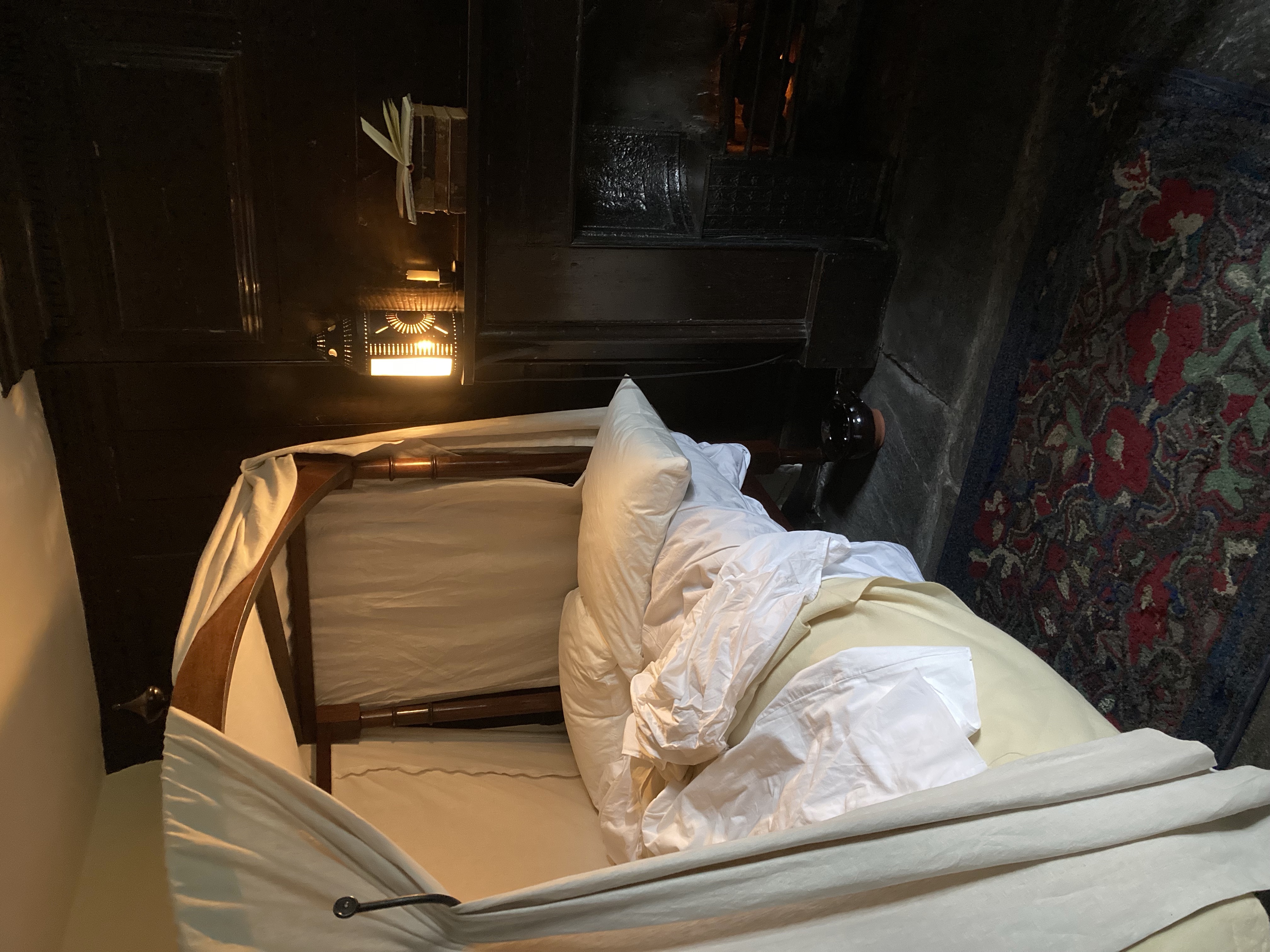 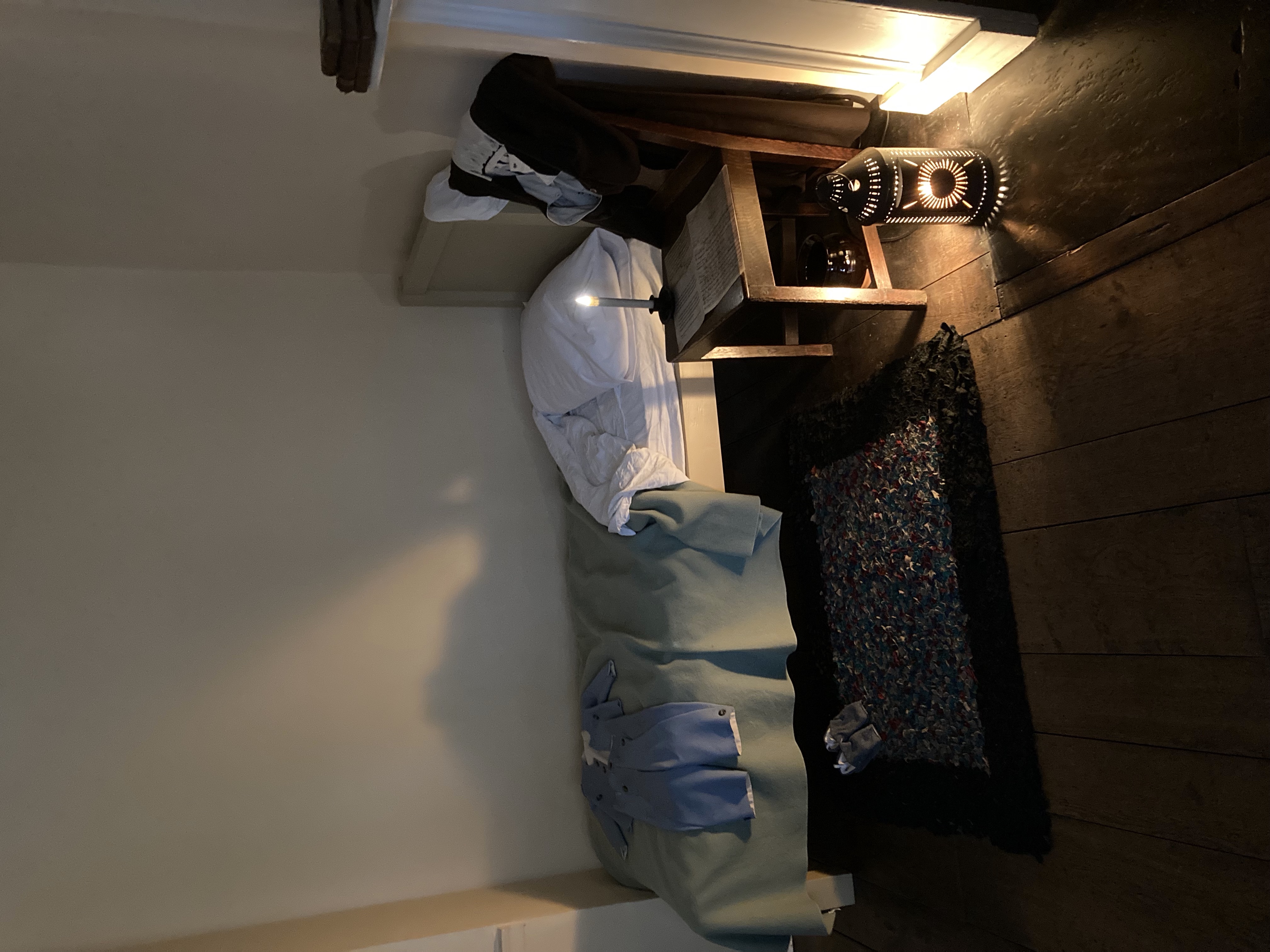 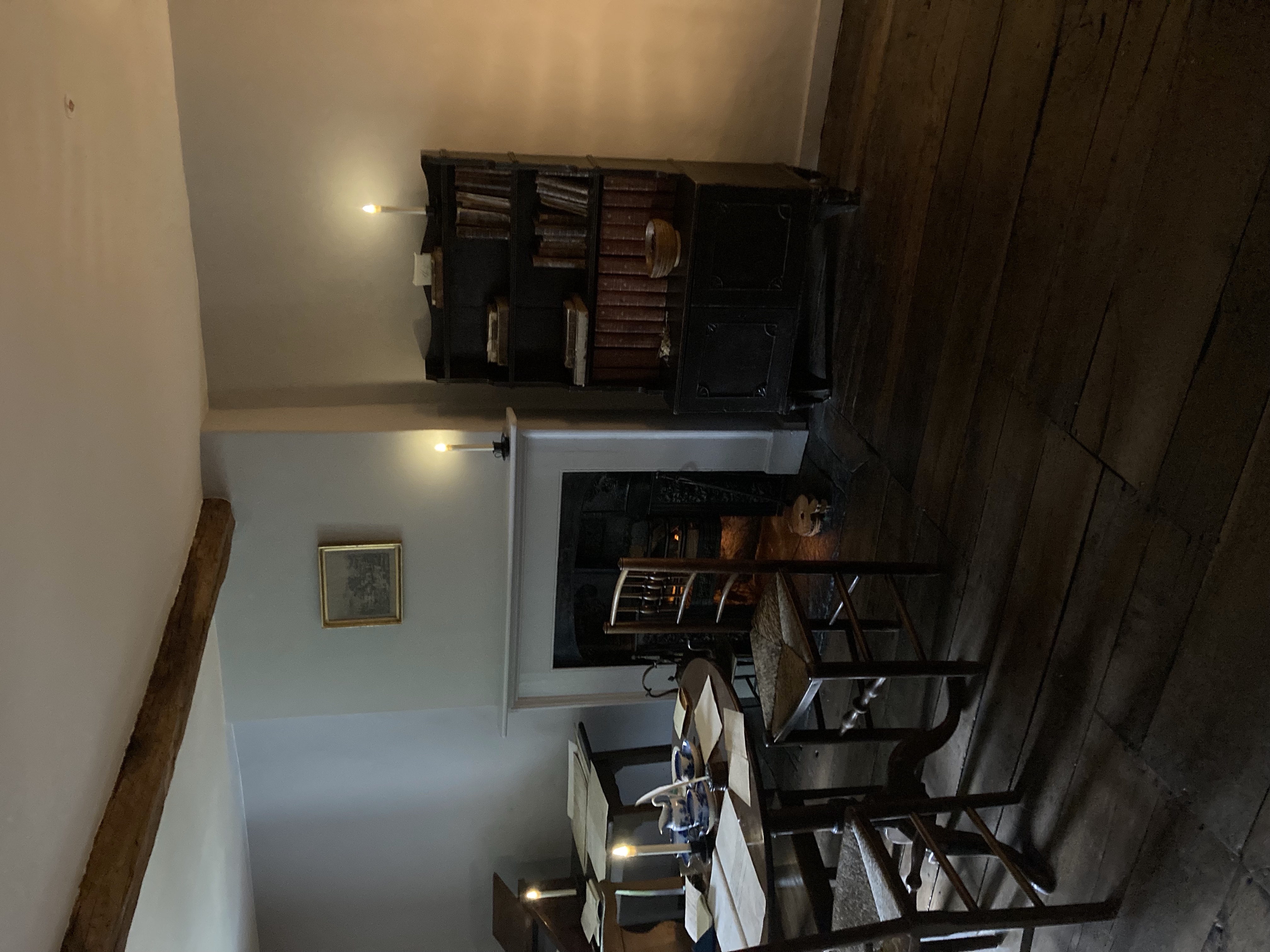 To honour wordsworth and show our appreciation we must honour, protect, nurture and nourish what he valued most, namely, Mother Nature.

Please see the two links below and join me in our collective campaign to save our Mother Nature and Earth:

Environmental Crisis, Hope and Resilience: A Pick from our GCGI Down to Earth Archive

Values-led education, hope and resilience to build a better future: A Pick from our GCGI Down to Earth Archive 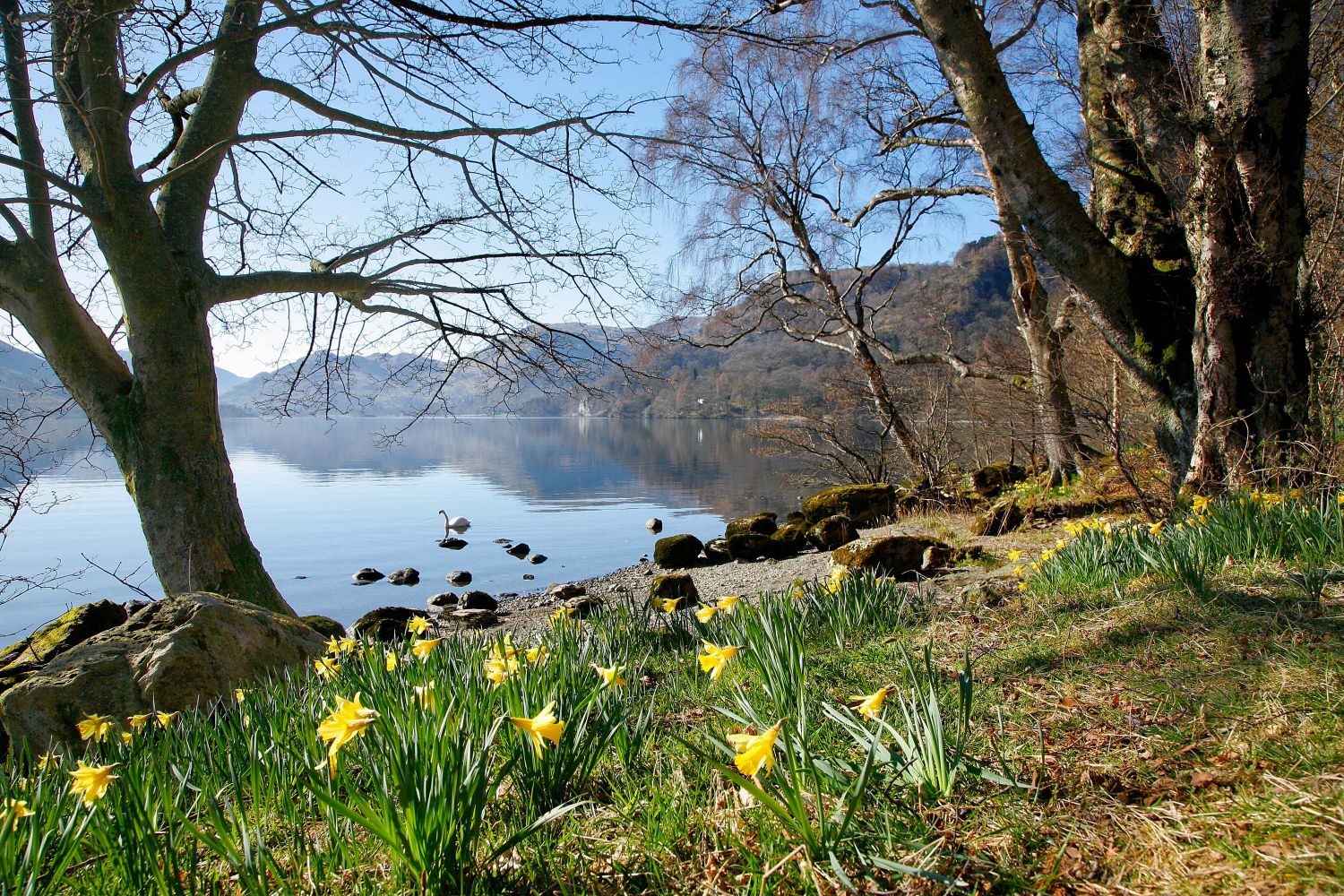 'When William and Dorothy Wordsworth visited Glencoyne Bay on their way back to Grasmere after an overnight stay, it gave William the inspiration to write his most famous poem, - Daffodils. The daffodils are a wild variety and very dainty and neat. The sight of them on a carpet alongside the lake edge is quite spectacular.'

Here is one of my favourite  poems I would like to share with you: Of all the famous poems of Wordsworth, none is more famous than "I Wandered Lonely as a Cloud".

In this poem, Wordsworth says that, wandering like a cloud floating above hills and valleys, he encountered a field of daffodils beside a lake. The dancing, fluttering flowers stretched endlessly along the shore, and though the waves of the lake danced beside the flowers, the daffodils outdid the water in glee. He says that a poet could not help but be happy in such a joyful company of flowers. He says that he stared and stared, but did not realize what wealth the scene would bring him. For now, whenever he feels “vacant” or “pensive,” the memory flashes upon “that inward eye / That is the bliss of solitude,” and his heart fills with pleasure, “and dances with the daffodils.”

I Wandered Lonely as a Cloud

I wandered lonely as a cloud

That floats on high o'er vales and hills,

When all at once I saw a crowd,

A host, of golden daffodils;

Beside the lake, beneath the trees,

Fluttering and dancing in the breeze.

Continuous as the stars that shine

And twinkle on the milky way,

They stretched in never-ending line

Along the margin of a bay:

Ten thousand saw I at a glance,

Tossing their heads in sprightly dance.

The waves beside them danced; but they

Out-did the sparkling waves in glee:

A poet could not but be gay,

In such a jocund company:

What wealth the show to me had brought:

For oft, when on my couch I lie

In vacant or in pensive mood,

They flash upon that inward eye

Which is the bliss of solitude;

And then my heart with pleasure fills,

And dances with the daffodils.

Read More: On the 250th Birthday of William Wordsworth Let Nature be our Wisest Teacher