University Corruption and the Financial Crisis: The Theft of the Century by the Most 'Educated Thieves'- All with MBAs and PhDs!

Today, by and large, our compromised, neoliberalised, marketised universities are nothing but an Inside Job! 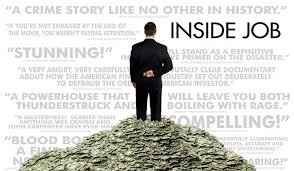 Sir, Around 1991 I offered the London School of Economics a grant of £1 million to set up a Chair in Business Ethics. John Ashworth, at that time the Director of the LSE, encouraged the idea but had to write to me to say, regretfully, that the faculty had rejected the offer as it saw no correlation between ethics and economics. Quite. Lord Kalms, House of Lords, letter to the Times (08/03/2011)

‘Every single American and every person thinking of going to business school (and especially those in Business School) needs to see the documentary, Inside Job.  This film is one of the most powerful, well-made and brave documentaries I have ever seen, and I have seen a heck of a lot of docs having been a programmer and documentary producer/director for the last two decades.  I do not understand why this film is not being distributed widely, as it deserves a massive budget to promote it and the message it communicates so well. It needs to be shown to all high school students as a warning and should be required for all undergraduates who decide to study Economics, Business,  Marketing, Women’s Studies, Education... basically everyone should see it.

Because not understanding what has happened is already leading us to repeat our mistakes.  Don’t be fooled, those who created this depression, and we must call it what it is, are still in positions of power, and are still being paid huge sums of money to influence the economy, and worst of all, young people who are the future generations who will one day be running the businesses, economy, governments of the world.’-Vivian Norris, HUFFPOST,25 May 2011

Yesterday (21 May 2012) I posted a short announcement about a forthcoming book- Inside Job- by Charles Ferguson. In that blog I drew your attention to the “Grand Heist: The Theft of the Century”, the “Wall Street's role in the financial crisis”.

Today, I wish to share with you something that is very close to my heart; something that I have passionately been mentioning and writing about since the late 1990s.

Here it is. Let us have it one more time. This time from Charles Ferguson*:

Heist of the century: University corruption and the financial crisis 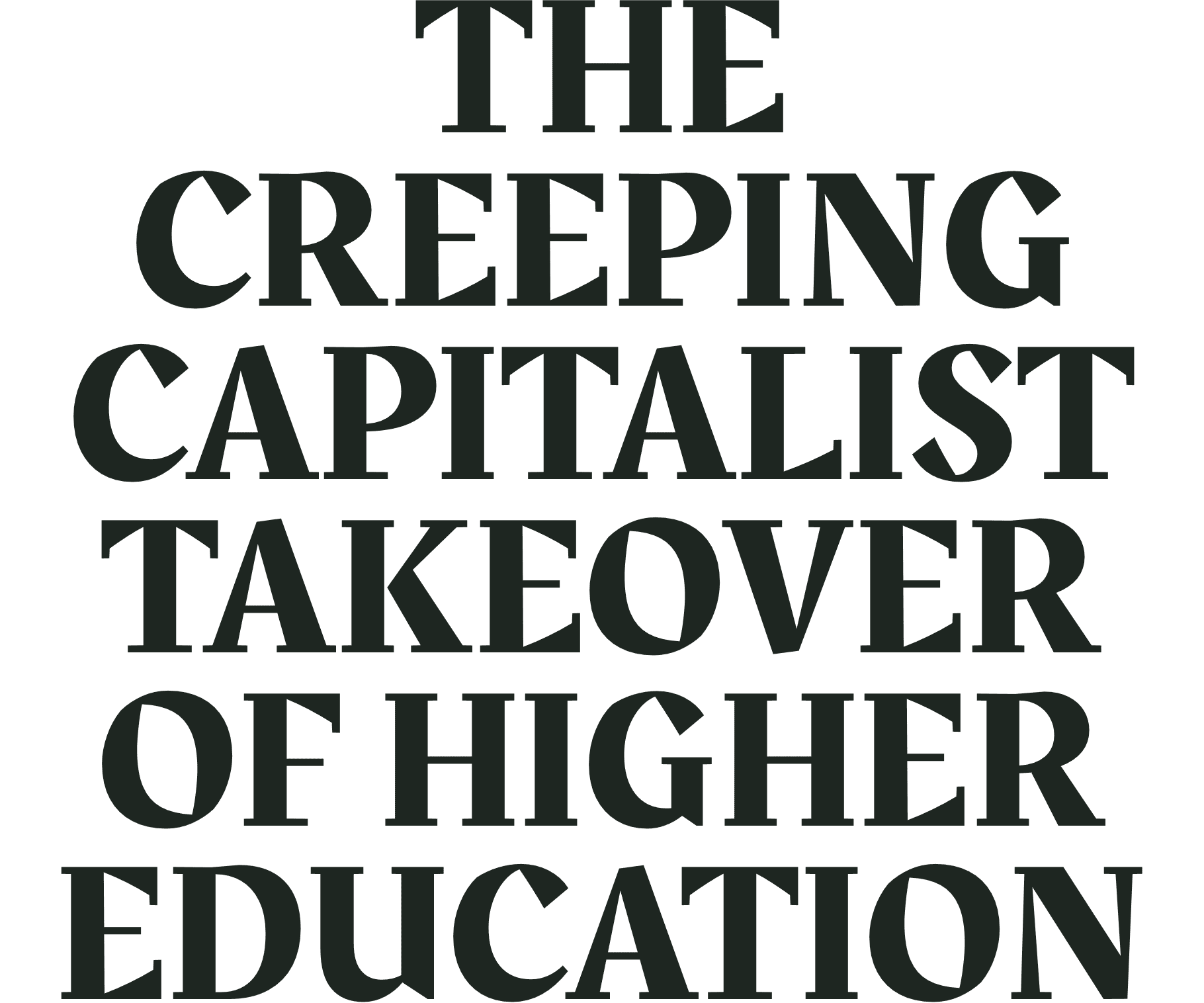 'Why was the response from US academic experts to the global financial crisis so muted? In the second extract from his book Inside Job, Charles Ferguson argues that corruption in universities is deeply entrenched.’

Many people who saw my documentary Inside Job found that the most disturbing portion of the film was its revelation of widespread conflicts of interest in universities, at thinktanks, and among academic experts. Viewers who watched my interviews with eminent professors were stunned at what came out of their mouths.

Yet we should not be surprised. Over the past couple of decades medical professionals have amply demonstrated the influence money can have in a supposedly objective, scientific field. In general, medical schools and journals have responded well, adopting disclosure requirements. The economics discipline, business schools, law schools and political science schools have reacted very differently.

Over the past 30 years, significant portions of American academia have deteriorated into "pay to play" activities. These days, if you see a famous economics professor testify in Congress, or write an article, there is a good chance he or she is being paid by someone with a big stake in what's being debated. Most of the time, these professors do not disclose these conflicts of interest, and most of the time their universities look the other way.

Half a dozen consulting firms, several speakers' bureaus and various industry lobbying groups maintain large networks of academics for hire for the purpose of advocating industry interests in policy and regulatory debates. The principal industries involved are energy, telecommunications, healthcare, agribusiness – and, most definitely, financial services.

Some examples. Glenn Hubbard became dean of Columbia Business School in 2004, shortly after leaving the George W Bush administration. Much of his academic work has been focused on tax policy. A fair summary is that he has never seen a tax he would like. In November 2004 Hubbard co-authored an astonishing article, jointly with William C Dudley, then chief economist at Goldman Sachs. The article, How Capital Markets Enhance Economic Performance and Facilitate Job Creation, warrants quotation. Remember, this is November 2004, with the bubble well under way: "The capital markets have helped make the housing market less volatile ... 'Credit crunches' of the sort that periodically shut off the supply of funds to home buyers … are a thing of the past."

Hubbard refused to say whether he was paid to write the article. He also refused to provide me with his most recent government financial disclosure form, which we could not obtain otherwise because the White House had destroyed it. Hubbard was paid $100,000 (£63,000) to testify for the criminal defence of two Bear Stearns hedge fund managers prosecuted in connection with the bubble, who were acquitted. Last year, Hubbard became a senior economic adviser to Mitt Romney's presidential campaign.

Larry Summers has held almost every important government position in economics. Treasury secretary under President Clinton, in 2009 he became director of the National Economic Council in the Obama administration.

Although sensible about many issues, Summers has made a succession of well-documented mistakes and compromises. And his views on the financial sector would be hard to distinguish from those of, say, [Goldman Sachs chief] Lloyd Blankfein or [JP Morgan boss] Jamie Dimon.

Most of our information about Summers comes from his mandatory government disclosure form. Summers' 2009 disclosure form stated his net worth to be $17m-$39m. His total earnings in the year prior to joining the government were almost $8m. Goldman Sachs paid him $135,000 for one speech.

Summers is a compromised man who owes most of his fortune and much of his political success to the financial services industry, and who was involved in some of the most disastrous economic policy decisions of the past half century. In the Obama administration, Summers opposed strong measures to sanction bankers or curtail their income.

Harvard still does not require Summers to disclose his financial-sector involvements. Both Harvard and Summers declined my requests for information.

The problem of academic corruption is now so deeply entrenched that these disciplines, and leading universities, are severely compromised, and anyone considering bucking the trend would rationally be very scared. Consider this situation: you're a PhD student, or a junior faculty member, considering doing some research on, say, compensation structures on risk-taking in financial services, or the potential impact of public disclosure requirements on the market for credit default swaps. The president of your university is … Larry Summers.

The chairman of your department is …Glenn Hubbard. Or you're at MIT, and you want to examine the decline in corporate tax payments. The president of MIT is Susan Hockfield, on the board of GE, a company that has managed to avoid paying hardly any corporate taxes for several years.

How much do these forces actually affect academic research and policymaking? The available evidence suggests that the effect is large.

Academic commentary on the financial crisis by economists has been remarkably muted. There are, to be sure, some notable exceptions. But for the most part, the silence has been deafening. How can an entire industry come to be structured such that employees are encouraged to loot and destroy their own firms? Why did deregulation and economic theory fail so spectacularly?

The release of the film Inside Job clearly touched a nerve with regard to these questions. I was contacted by a large number of students and faculty, and there has been a great deal of debate. Departments including the Columbia Business School have adopted disclosure requirements for the first time. But most universities still have no such requirements, and few if any have any limitations on the existence of conflicts of interest. The same is true of most academic publications. Newspaper reporters are strictly prohibited from accepting money from any industry or organisation they write about.

*This article was first published in the Guardian on Monday 21 May 2012.

A Must Read Book 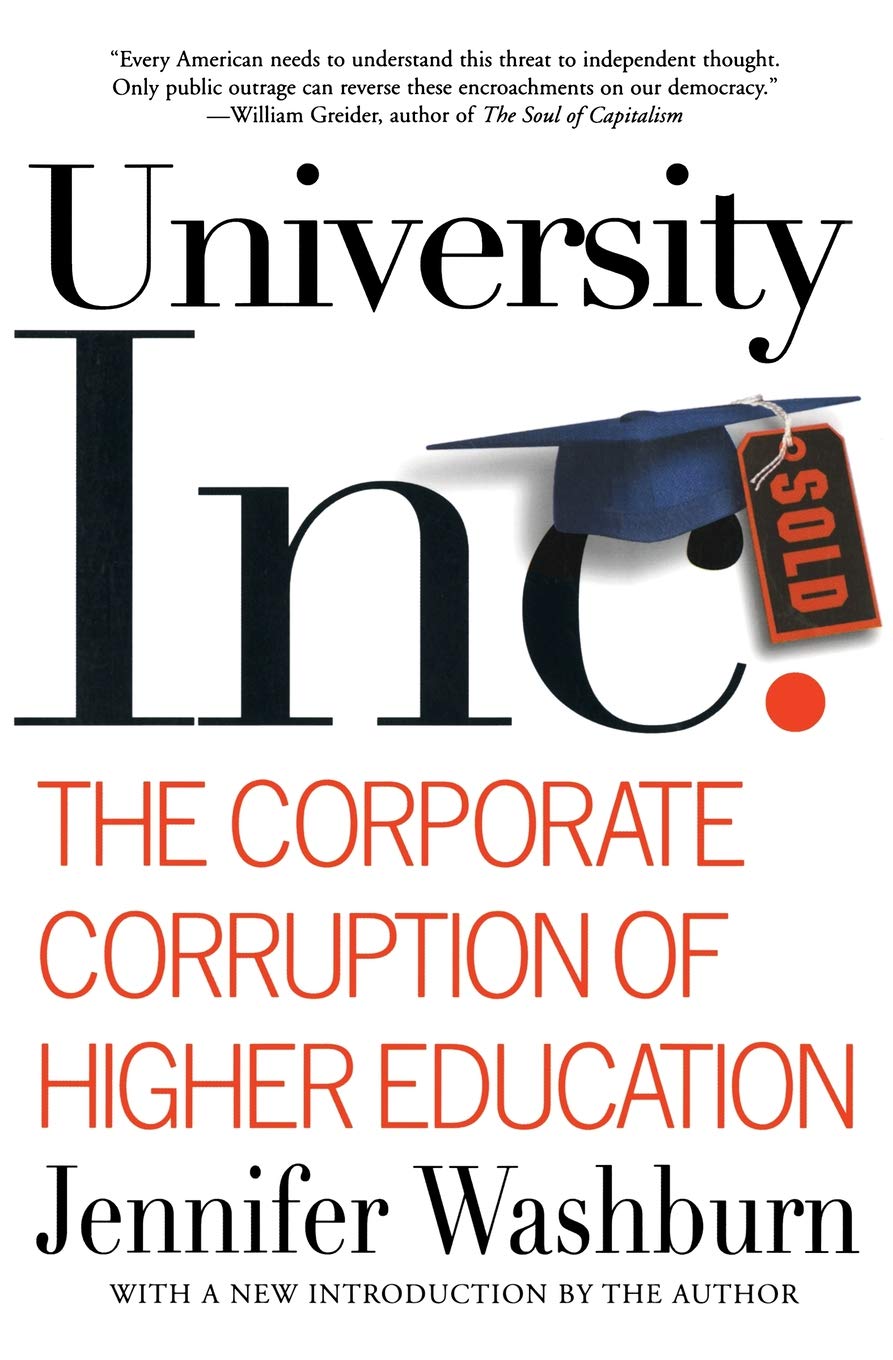 How the emerging alliance between the worlds of academia and business puts our universities at risk and how this union will affect us all. Our federal and state tax dollars are going to fund higher education. If corporations kick in a little more, should they be able to dictate the research or own the discoveries?During the past two decades, commercial forces have quietly transformed virtually every aspect of academic life. Corporate funding of universities is growing and the money comes with strings attached. In return for this funding, universities and professors are acting more and more like for-profit patent factories: university funds are shifting from the humanities and the less profitable science departments into research labs, and the skill of teaching is valued less and less. Slowly but surely, universities are abandoning their traditional role as disinterested sources of education, alternative perspectives, and wisdom.

This growing influence of corporations over universities affects more than just today's college students (and their parents); it compromises the future of all those whose careers depend on a university education, and all those who will be employed, governed, or taught by the products of American universities.

Jennifer Washburn is currently a Fellow at the New America Foundation. Formerly a Fellow at the Open Society Institute and a senior research associate for the Arms Trade Resource Center of the World Policy Institute at the New School for Social Research Washburn writes for The Atlantic Monthly, The Nation, Lingua Franca, the American Prospect, and other national magazines. She lives in Brooklyn, New York.