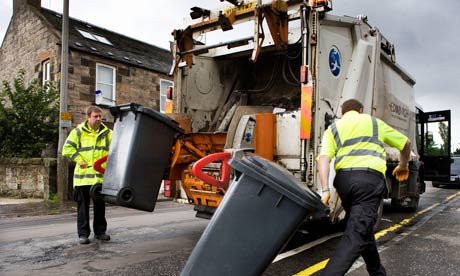 Just think for a moment: What are the consequences of no garbage men and no garbage collection to the society, community and our health? 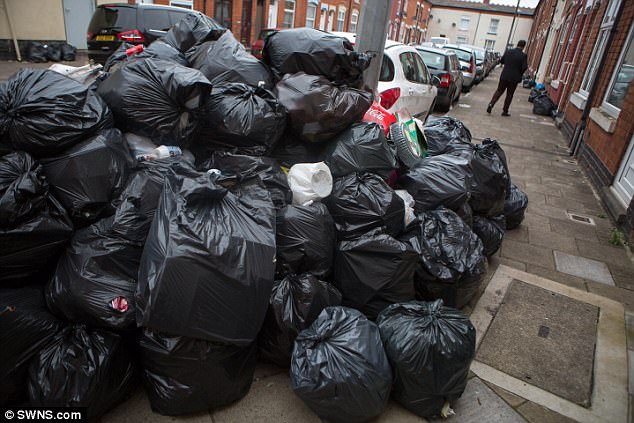 Stinking rubbish lines the road in Birmingham (UK), when the bin men went on strike in 2017

What are the bankers doing today? Creating Value or Shifting Wealth?
Bankers today: Rich without Lifting a Finger
'Why Garbagemen Should Earn More Than Bankers'
‘How more and more people are making money without contributing anything of value’ 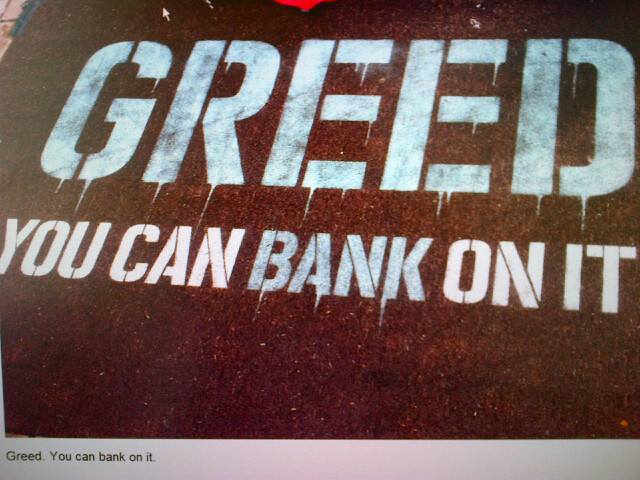 Below are a few excerpts from a fascinating article by Rutger Bregman, via Evonomics*

…’In other words, the fact that something is difficult does not automatically make it valuable.

In recent decades those clever minds have concocted all manner of complex financial products that don’t create wealth, but destroy it. These products are, essentially, like a tax on the rest of the population. Who do you think is paying for all those custom-tailored suits, mansions, and luxury yachts? If bankers aren’t generating the underlying value themselves, then it has to come from somewhere – or someone – else. The government isn’t the only one redistributing wealth. The financial sector does it, too, but without a democratic mandate.

The bottom line is that wealth can be concentrated somewhere, but that doesn’t also mean that’s where it’s being created. This is just as true for your former feudal landowner as it is for the current CEO of Goldman Sachs. The only difference is that bankers sometimes have a momentary lapse and imagine themselves the great creators of all this wealth. The lord who was proud to live off his peasants’ labor suffered no such delusions.

David Graeber, an anthropologist at the London School of Economics, believes there’s something else going on. A few years ago he wrote a fascinating piece that pinned the blame not on the stuff we buy but on the work we do. It is titled, aptly, “On the Phenomenon of Bullshit Jobs.”

In Graeber’s analysis, innumerable people spend their entire working lives doing jobs they consider to be pointless, jobs like telemarketer, HR manager, social media strategist, PR advisor, and a whole host of administrative positions at hospitals, universities, and government offices. “Bullshit jobs,” Graeber calls them. They’re the jobs that even the people doing them admit are, in essence, superfluous.

And to think that things could have been so different.

Nearly a century ago, economist John Maynard Keynes famously predicted that we would work fifteen-hour weeks by the year 2030. He thought that our wealth and prosperity would increase dramatically and that we would convert much of that wealth into leisure. Keynes was certainly not the only one to believe that it was just a matter of time before we solved the “economic problem.” Well into the 1970s, economists and sociologists forecasted that “the End of Work” was near.

In reality, that’s not at all what has happened. We’re plenty more prosperous, but we’re not exactly swimming in a sea of free time. Quite the reverse. We’re all working harder than ever. Many people explain these circumstances by assuming we use money we don’t have to buy stuff we don’t need to impress people we don’t like. In other words: we sacrificed our free time on the altar of consumerism.

In a world that’s getting ever richer, where cows produce more milk and robots produce more stuff, there’s more room for friends, family, community service, science, art, sports, and all the other things that make life worthwhile. But there’s also more room for bullshit. As long as we continue to be obsessed with work, work, and more work (even as useful activities are further automated or outsourced), the number of superfluous jobs will only continue to grow. Much like the number of managers in the developed world, which has grown over the last 30 years without making us a dime richer. On the contrary, studies show that countries with more managers are actually less productive and innovative. In a survey of 12,000 professionals by the Harvard Business Review, half said they felt their job had no “meaning and significance,” and an equal number were unable to relate to their company’s mission. Another recent poll revealed that as many as 37% of British workers think they have a bullshit job.

By no means are all these new service sector jobs pointless – far from it. Look at healthcare, education, fire services, and the police and you’ll find lots of people who go home every day knowing, despite their modest paychecks, they’ve made the world a better place. “It’s as if they are being told,” Graeber writes, “You get to have real jobs! And on top of that you have the nerve to also expect middle-class pensions and health care?”

The modern marketplace is equally uninterested in usefulness, quality, and innovation. All that really matters is profit. Sometimes that leads to marvelous contributions, sometimes not. From telemarketers to tax consultants, there’s a rock-solid rationale for creating one bullshit job after another: You can net a fortune without ever producing a thing.

In this situation, inequality only exacerbates the problem. The more wealth is concentrated at the top, the greater the demand for corporate attorneys, lobbyists, and high-frequency traders. Demand doesn’t exist in a vacuum, after all; it’s the product of a constant negotiation, determined by a country’s laws and institutions, and, of course, by the people who control the purse strings.

Maybe this is also a clue as to why the innovations of the past 30 years – a time of spiraling inequality – haven’t quite lived up to our expectations. “We wanted flying cars, instead we got 140 characters,” mocks Peter Thiel, Silicon Valley’s resident intellectual. If the postwar era gave us fabulous inventions like the washing machine, the refrigerator, the space shuttle, and the pill, lately it’s been slightly improved iterations of the same phone we bought a couple years ago.

In fact, it has become increasingly profitable not to innovate. Imagine just how much progress we’ve missed out on because thousands of bright minds have frittered away their time dreaming up hypercomplex financial products that are ultimately only destructive. Or spent the best years of their lives duplicating existing pharmaceuticals in a way that’s infinitesimally different enough to warrant a new patent application by a brainy lawyer so a brilliant PR department can launch a brand-new marketing campaign for the not-so-brand-new drug.

Imagine that all this talent were to be invested not in shifting wealth around, but in creating it. Who knows, we might already have had jetpacks, built submarine cities, or cured cancer.

Friedrich Engels, a close friend of Karl Marx, described the “false consciousness” to which the working classes of his day – the “proletariat” – had fallen victim. According to Engels, the 19th-century factory worker didn’t rise up against the landed elite because his worldview was clouded by religion and nationalism. Maybe society is stuck in a comparable rut today, except this time at the very top of the pyramid. Maybe some of those people have had their vision clouded by all the zeros on their paychecks, the hefty bonuses, and the cushy retirement plans. Maybe a fat billfold triggers a similar false consciousness: the conviction that you’re producing something of great value because you earn so much.

Whatever the case, the way things are is not the way they have to be. Our economy, our taxes, and our universities can all be reinvented to make real innovation and creativity pay off. “We do not have to wait patiently for slow cultural change,” the maverick economist William Baumol challenged more than 20 years ago. We don’t have to wait until gambling with other people’s money is no longer profitable; until sanitation workers, police agents, and nurses earn a decent wage; and until math whizzes once again start dreaming of building colonies on Mars instead of starting their own hedge funds.

In the end, it’s not the market or technology that decides what has real value, but society. If we want this century to be one in which all of us get richer, then we’ll need to free ourselves of the dogma that all work is meaningful. And, while we’re at it, let’s also get rid of the fallacy that a higher salary is automatically a reflection of societal value.

Then we might realize that in terms of value creation, it just doesn’t pay to be a banker.