Mission Accomplished? The Human and Economic Cost of US Wars Since 9/11 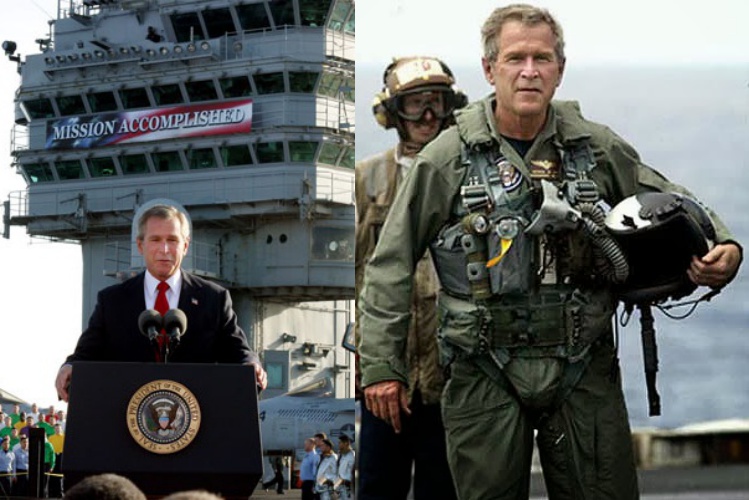 The compelling evidence of the US Wars of Choice since 9/11, in breach of any values, decency and morality,  leading to Untold Suffering and Human Rights Violations and Crises at home and across the globe.

The price for America’s longest wars has surpassed more than $5.9 trillion and at least 480,000 lost lives, according to a new study released by the Watson Institute for International and Public Affairs at Brown University.

What are the costs of the war on terror? There is, of course, the human toll measured in injuries and fatalities, military and civilian. And then there is the financial cost. And a report out this past week tries to put a price tag on that mission set in motion on a fall morning 17 years ago. 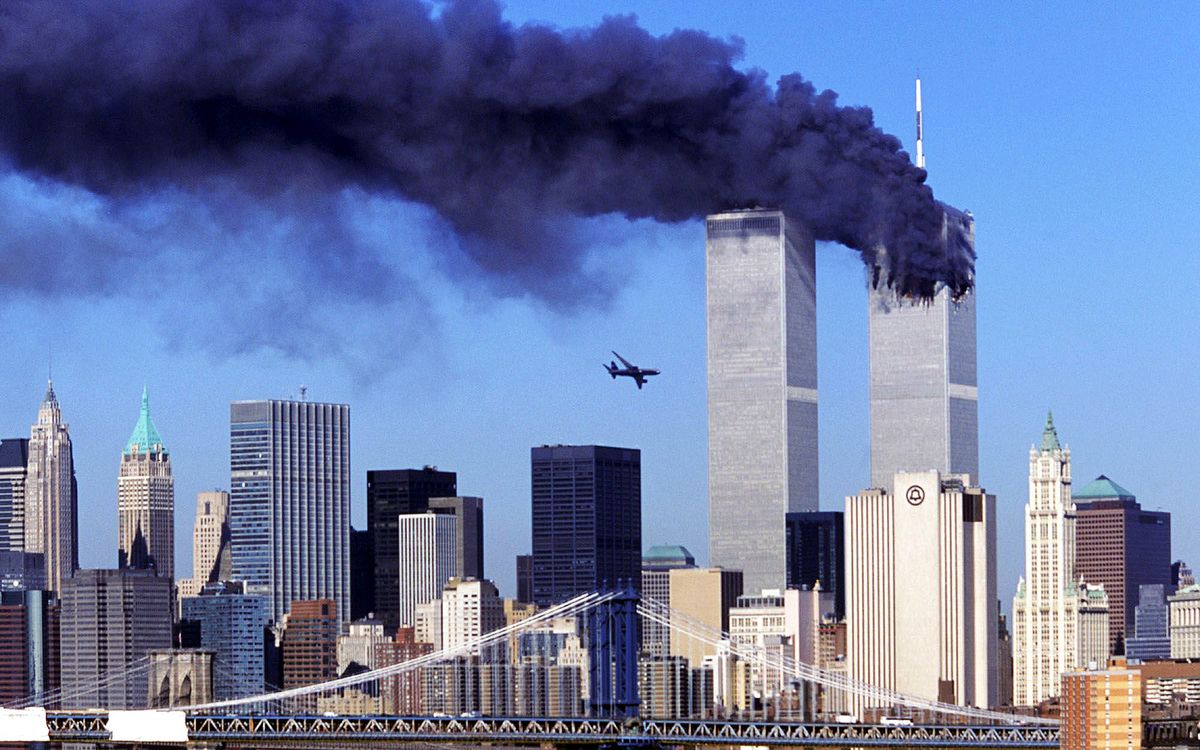 Some of the Costs of War Project’s main findings include: 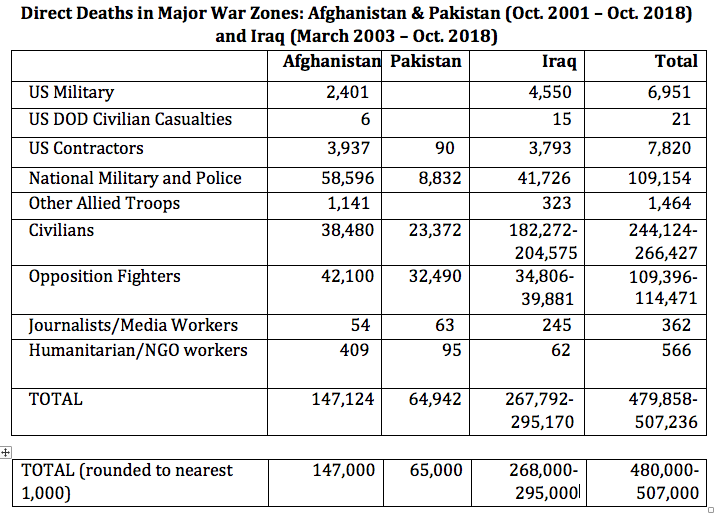 HUMAN COSTS The number of people killed directly in the violence of the wars in Iraq, Afghanistan and Pakistan are approximated here. Several times as many have been killed indirectly as a result of the wars — because, for example, of water loss, sewage and other infrastructural issues, and war-related disease.

Read more: Human Cost of the Post-9/11 Wars:  Lethality and the Need for Transparency

US BUDGETARY COSTS The vast economic impact of the wars in Afghanistan, Iraq, and Pakistan is poorly understood by the US public and policymakers. This chart and the attached paper estimate the costs of the wars. 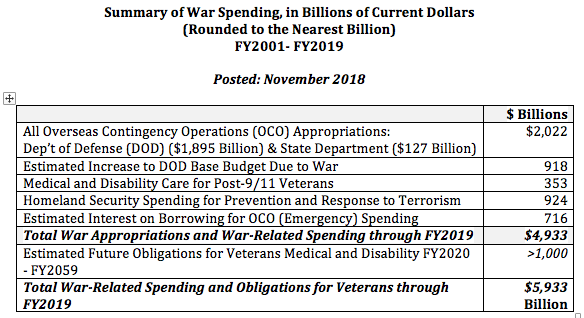 Wars and Mayhem Abroad, Abject Poverty and Inequality at Home:

U.S. Wars Abroad Increase  Poverty, Inequality and Injustice at Home:  Who Foots the Bill for American Hegemony? The Poor for sure! 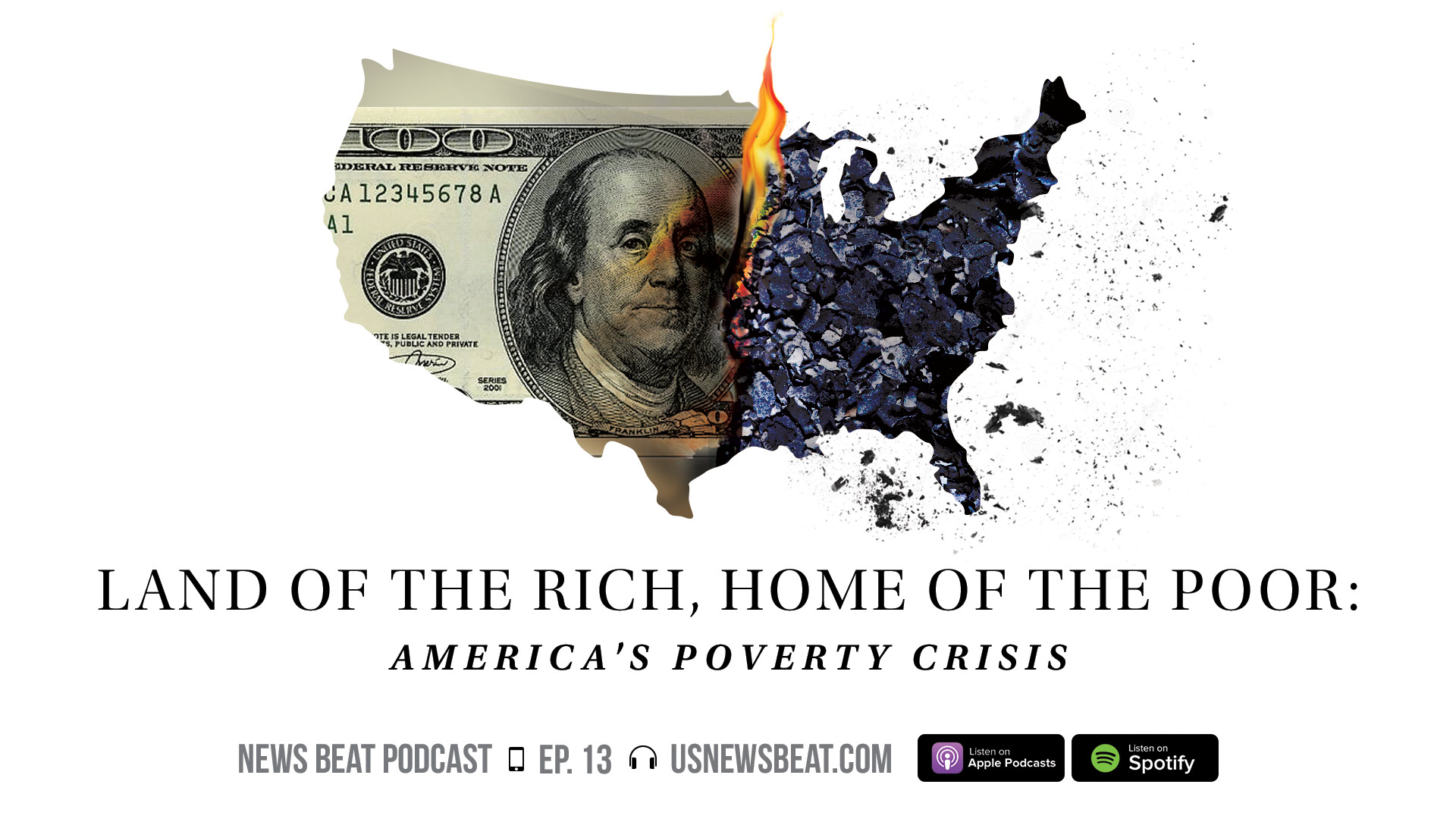 'The United States is one of the wealthiest nations in the world, and by certain fiscal parameters, the wealthiest. It’s richest citizens own roughly 40 percent of the world’s wealth. Yet, about 40 million Americans are living in poverty, and about 20 million are mired in extreme poverty, scraping by on less than $2 a day. At the same time that the top 1 percent are increasing their vast fortunes, the income inequality gap is ever-widening, and the middle class is dissolving. For tens of millions of Americans, the rose-colored portrait of a booming U.S. economy is pure fiction. Instead, they’re spending every waking moment simply trying to survive.'...Listen to the podcast

Read more: How Do War Financing Strategies Lead to Inequality? A Brief History from the War of 1812 through the Post-9/11 Wars

And now, The Biggest Question: Have these unwise, self harming people learnt their lesson? I say, NO! 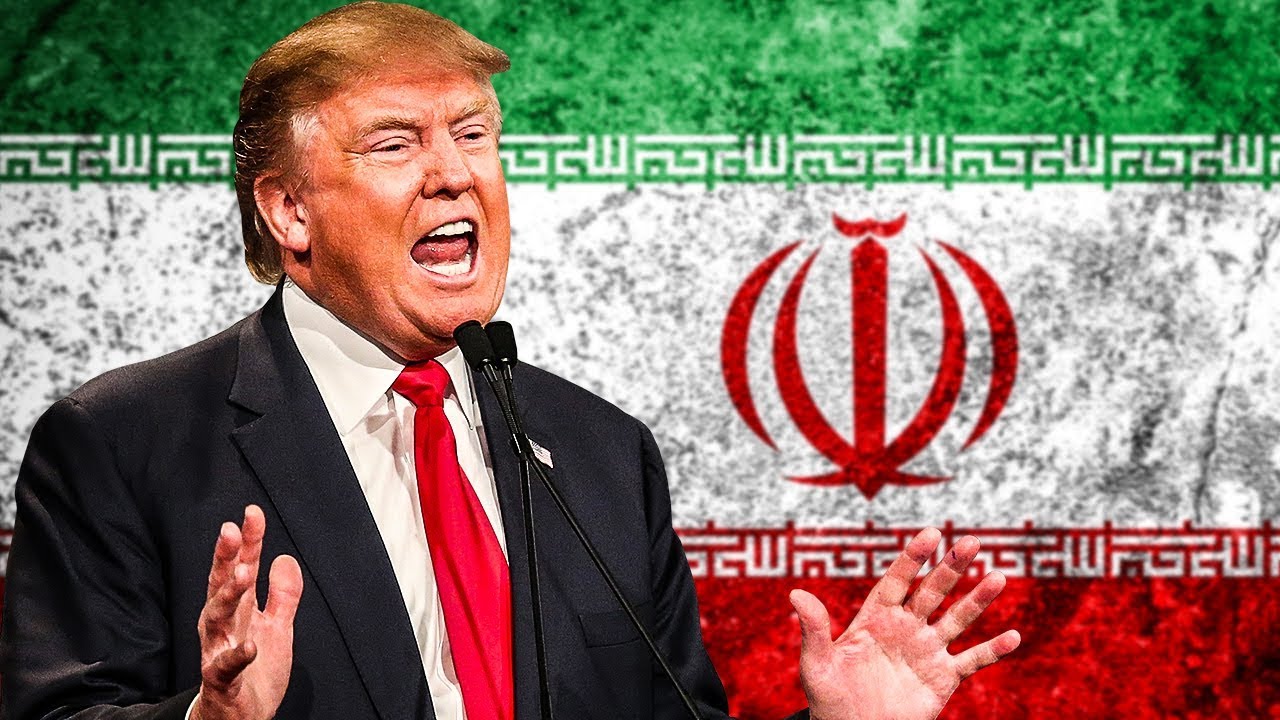 Trump administration hawks putting US on course for war with Iran, report warns

A Note of warning to amoral and foolish warmongers: ‘How Perpetual War Became U.S. Ideology’ 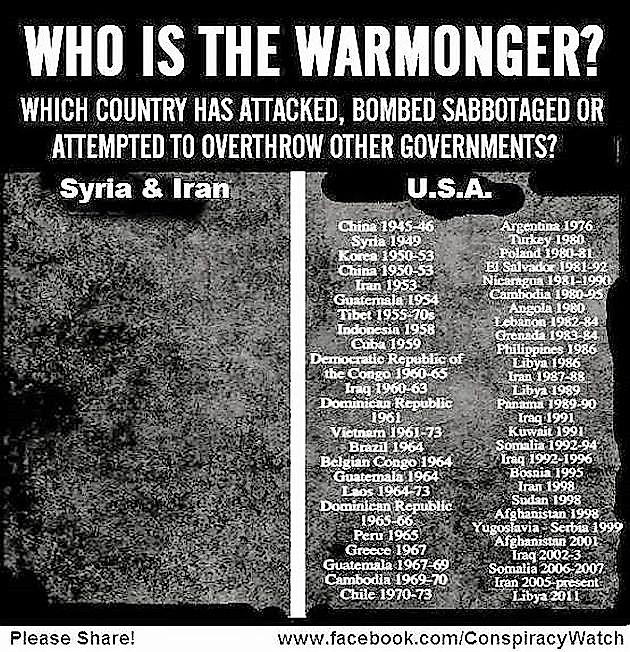 ‘The United States has found itself in a seemingly endless series of wars over the past two decades. Despite frequent opposition by the party not controlling the presidency and often that of the American public, the foreign policy elite operates on a consensus that routinely leads to the use of military power to solve international crises.’

Lest the US Warmongers Forget: ‘In his last days, Adolf Hitler was reported to have declared over and over again that if the German nation could not win the Second World War, it did not deserve to exist. The American ruling class is entirely committed to a course of action that threatens the obliteration of not only much of the world’s people, but of the American population itself.

This is not the madness of individuals, but the insanity of a social class that represents an outlived and bankrupt social order, capitalism, and an equally outlived political framework, the nation-state system. And it can only be opposed by another social force: the world working class, whose social interests are international and progressive, and whose very existence depends on opposing the megalomaniacal war aims of American capitalism.’...Continue to read

...And finally, Is there an alternative to war? YES, for sure: Coventry’s Message of Hope to the World on the Armistice centenary and Remembrance Sunday

This is the Message of Hope and Healing from Coventry Cathedral