'It is during our darkest moments that we must focus to see the light.'— Aristotle

We have to plan not only for when we come out of the Covid darkness, but also how we may find the path, the light to guide us out of darkness.

Ode to Poetry, Spirituality and the Natural World

Mother Nature and Poetry Symbols of Light, Hope and Healing

A New Day Dawning...Let the Light in and Let the Healing Begin 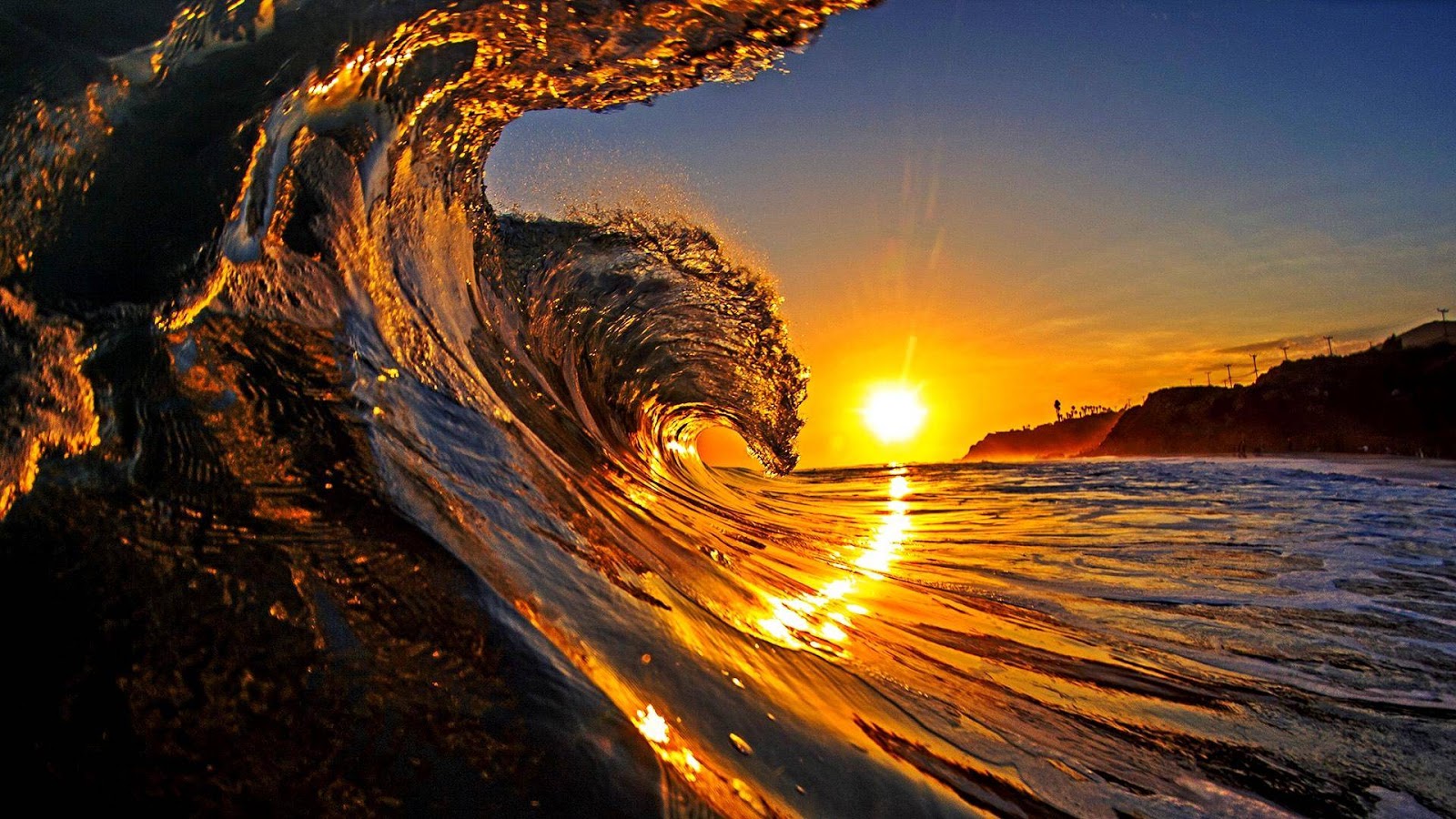 'The best remedy for those who are afraid,

lonely or unhappy is to go outside, somewhere where they can be quiet,

alone with the heavens, nature and God.

Because only then does one feel that all is as it should be.'~Anne Frank

‘In the course of history, there comes a time when humanity is called to shift to a new level of consciousness, to reach a higher moral ground.

A time when we have to shed our fear and give hope to each other. 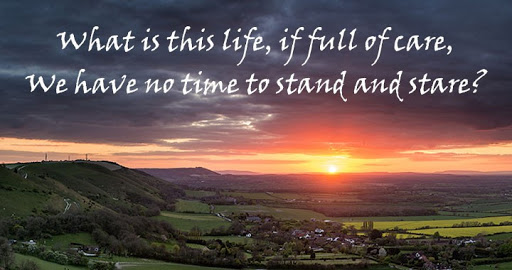 'What is this life if, full of care,

We have no time to stand and stare.

No time to stand beneath the boughs

And stare as long as sheep or cows.

No time to see, when woods we pass,

Where squirrels hide their nuts in grass.

No time to see, in broad daylight,

No time to turn at Beauty's glance,

And watch her feet, how they can dance.

No time to wait till her mouth can

Enrich that smile her eyes began.

A poor life this if, full of care,

We have no time to stand and stare'. - William Henry Davies

Spirituality, Poetry and Environmentalism: Healing Ourselves and our Troubled World

Whilst I was reflecting and researching to prepare ‘My Poem of the month (February), I came across a timeless piece that I had posted on the GCGI website on 29 March 2014.

I began to read it again, and once more, it captured my imagination, rekindled my spirit, and thus, I decided that it must form the basis and become the foundation for ‘My February Poem’.

Given the above, I want us to come together and recall the gist of what I had posted on that day:

'When we plant trees, we plant the seeds of peace and hope' 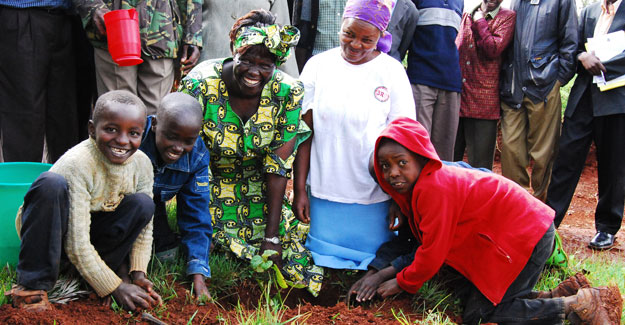 Wangari Maathai (1940-2011) was born in Nyeri, Kenya, in 1940. She was the founder of the Green Belt Movement, which, through networks of rural women, has planted 40 million trees across Kenya since 1977. In 2002, she was elected to Kenya’s Parliament in the first free elections in a generation, and in 2003, she was appointed Deputy Minister for the Environment and Natural Resources, a post she held until 2007, when she left the government. The Nobel Peace Prize laureate of 2004, Matthai was honoured around the world for her work, including an appointment to the Legion d’Honneur by France and the Order of the Rising Sun by Japan. As well as her well known book- Replenishing the Earth: Spiritual Values for Healing Ourselves and the World- she was the author of two previous books: The Green Belt Movement and Unbowed, a memoir, and she regularly gave lectures to organizations around the world. Professor Maathai died on 25 September 2011 at the age of 71 after a battle with ovarian cancer

spiritual traditions, from a winner of the Nobel Peace Prize

"And as you move away from nature, you become lost."

‘It is so easy, in our modern world, to feel disconnected from the physical earth. Despite dire warnings and escalating concern over the state of our planet, many people feel out of touch with the natural world. Wangari Maathai spent decades working with the Green Belt Movement to help women in rural Kenya plant—and sustain—millions of trees. With their hands in the dirt, these women often find themselves empowered and “at home” in a way they never did before. Maathai wanted to impart that feeling to everyone and believed that the key lies in traditional spiritual values: love for the environment, self-betterment, gratitude and respect, and a commitment to service. While educated in the Christian tradition, Maathai drew inspiration from many faiths, celebrating the Jewish mandate tikkun olam (“repair the world”) and renewing the Japanese term mottainai (“don’t waste”). Through rededication to these values, she believed that we might finally bring about healing for ourselves and the earth.

“We can work together for a better world with men and women of goodwill, those who radiate the intrinsic goodness of humankind.” “All of us have a God in us, and that God is the spirit that unites all life, everything that is on this planet. It must be this voice that is telling me to do something, and I am sure it’s the same voice that is speaking to everybody on this planet – at least everybody who seems to be concerned about the fate of the world, the fate of this planet.”

“Today we are faced with a challenge that calls for a shift in our thinking, so that humanity stops threatening its life-support system. We are called to assist the Earth to heal her wounds and in the process heal our own.”

Her tireless work for a better and sustainable world could be the "simple solution" of faith, strength, wisdom and persistence needed to surmount the escalating challenges of super storms, droughts and other natural disasters of our ever-changing world.

Thus, inspired by the life, work and wisdom of Wangari Maathai, ‘My February Poem’ should be all about Mother Nature, Hope, Spirituality,  Healing and Resilience, needed now more than ever.

Hope is the Thing With Feathers 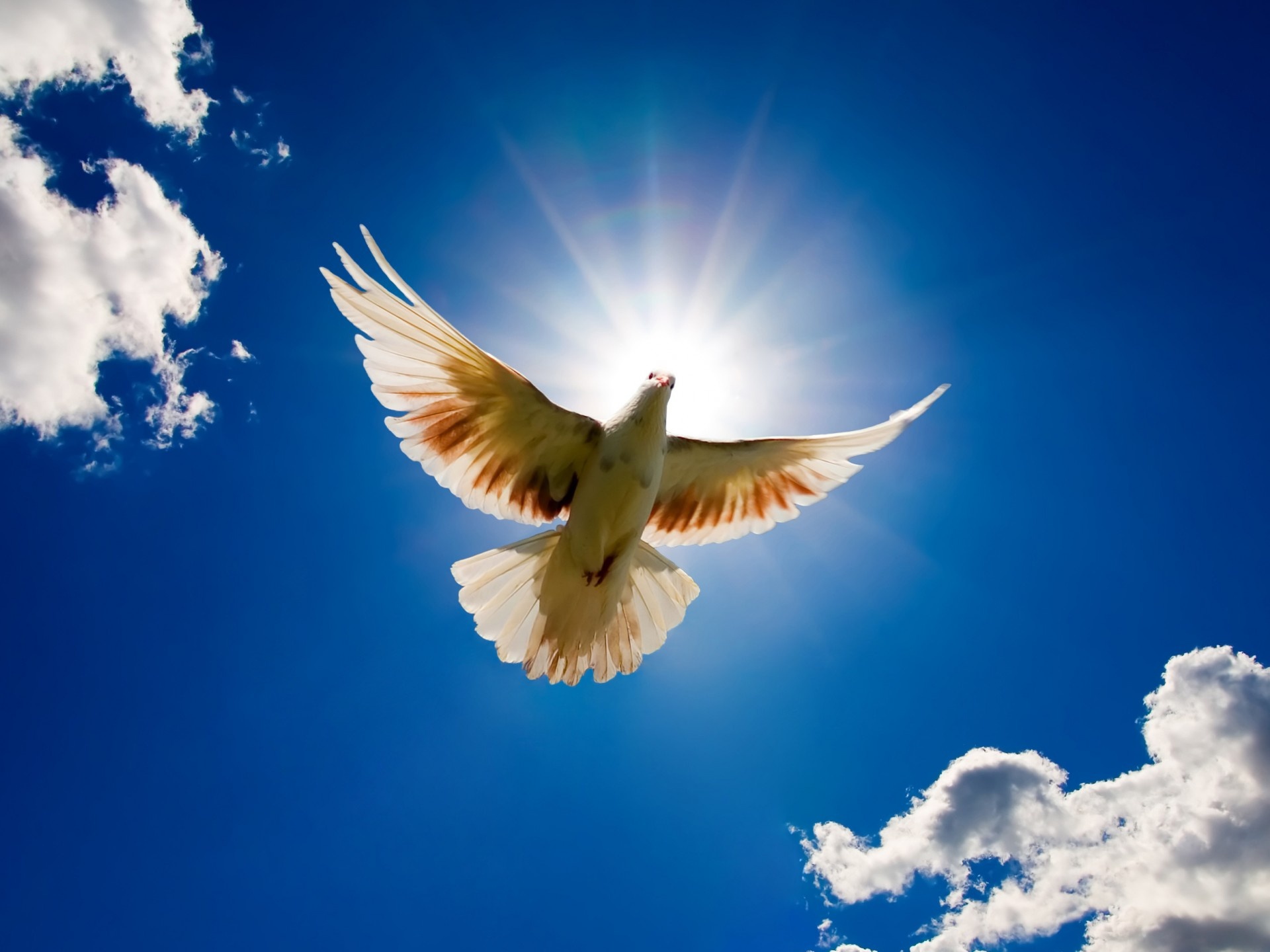 Hope is the thing with feathers

'Hope is the thing with feathers

That perches in the soul,

And sings the tune without the words,

And never stops at all,

And sweetest in the gale is heard;

And sore must be the storm

That could abash the little bird

That kept so many warm.

I've heard it in the chillest land,

And on the strangest sea;

Yet, never, in extremity,

It asked a crumb of me.'

‘There is something infinitely healing in the repeated refrains of nature–

the assurance that dawn comes after night, and spring after winter.’ - Rachel Carson

Ode to the natural world 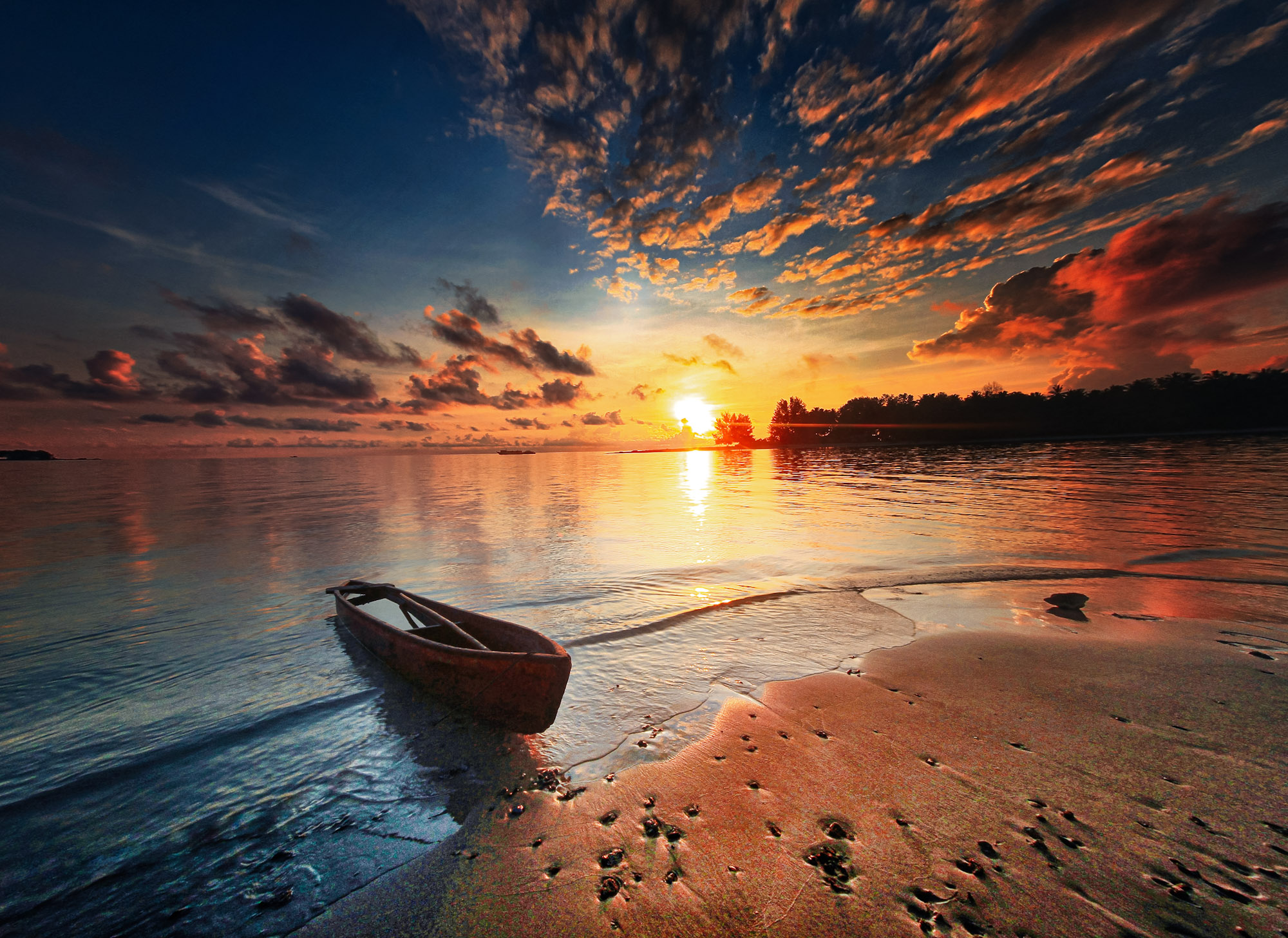 ‘In the morning as the storm begins to blow away

that there has been something simpler than I could ever believe

simpler than I could have begun to find words for

not patient not even waiting no more hidden

with every breath and remained with me unnoticed

something that was here unnamed unknown in the days

and the nights not separate from them

not separate from them as they came and were gone

it must have been here neither early nor late then 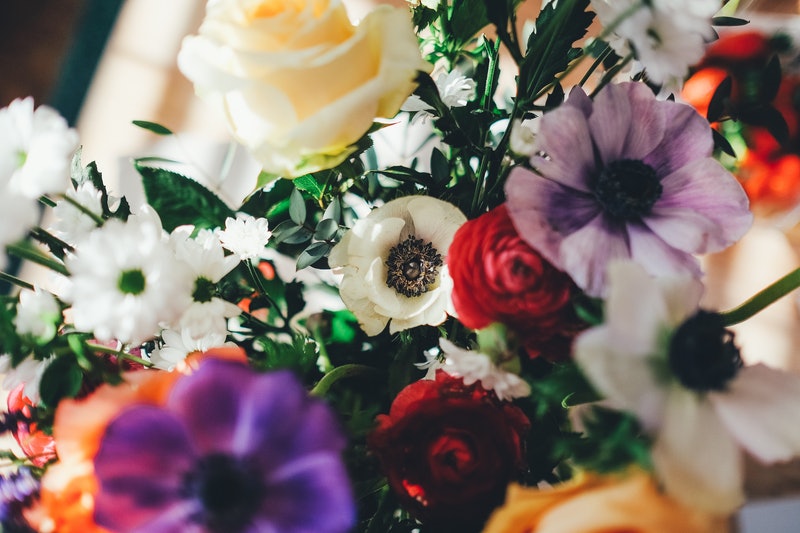 ‘Poets have long been inspired to tune their lyrics to the variations in landscape, the changes in season, and the natural phenomena around them. The Greek poet Theocritus began writing idylls in the third century B.C.E. to glorify and honor the simplicity of rural life—creating such well known characters as Lycidas, who has inspired dozens of poems as the archetypal shepherd, including the famous poem "Lycidas" by John Milton. An idyll was originally a short, peaceful pastoral lyric, but has come to include poems of epic adventure set in an idealized past, including Lord Alfred Tennyson's take on Arthurian legend, The Idylls of the King. The Biblical Song of Songs is also considered an idyll, as it tells its story of love and passion by continuously evoking imagery from the natural world…’- Continue to read for more inspiration

...And now, a personal note on the healing power of snowdrops

‘On snowdrops and hope’

The other day, to be exact, Sunday 17 January 2021, it was such a beautiful day in Coventry, with the most beautiful sunrise, blue skies, with a lovely feeling of spring in the air. My wife and I began our daily walk, our favorite walk, to the Roman village-Baginton- and the 12th century Baginton Church.

Whilst nearing the church  we were so surprised and delighted seeing the first snowdrops of the year. Wow, they were truly beautiful. I took a couple of photos and shared them with our WhatsApp group. Ping! Ping! The replies started arriving, full of thanks for cheering them up, seeing the season’s first signs of hope and healing, beauty and light. 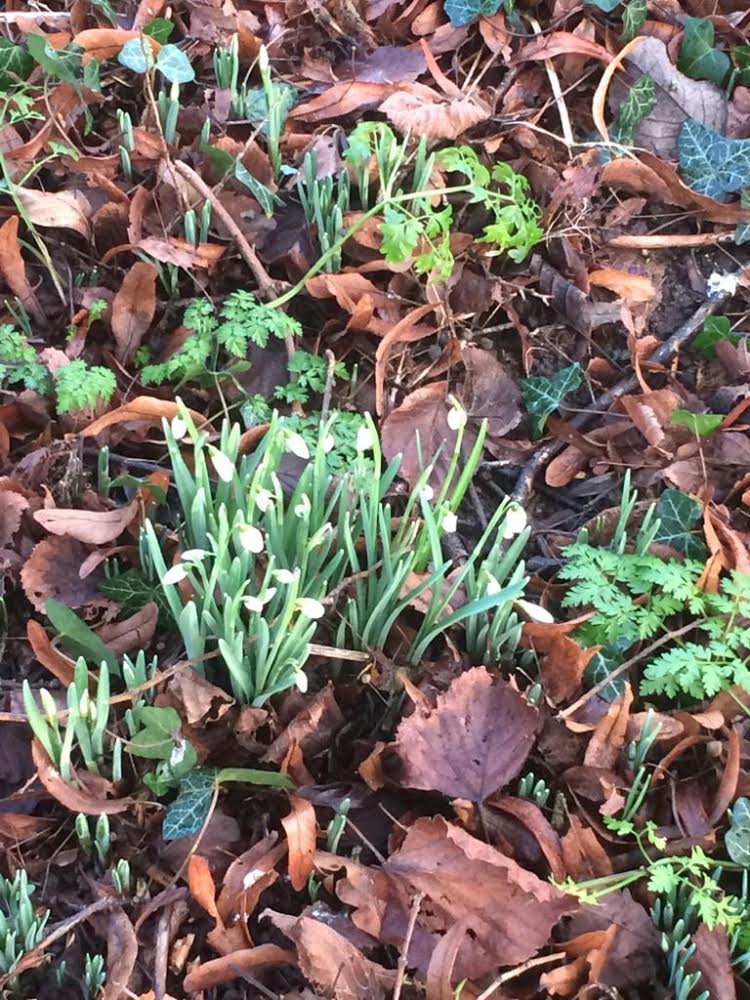 On our way to Baginton Church and seeing the first snowdrops of 2021. Photo: Kamran Mofid

In his beautiful book The Moth Snowstorm, Michael McCarthy writes:

"I can think of nothing more extraordinary and exceptional than the annual rebirth of the world; and in fact, there are a specific number of markers of the rebirth, of the earth's reawakening after winter, dates in the natural calendar if you like, which for me are occasions of joy almost as much as the solstice is, and which I celebrate in heart.

"The first of these is the appearance of snowdrops. Small white lilies that sprout up and flower in midwinter, even in the bitter cold -- perce-neiges, snow-piercers, they're aptly called in French -- would be notable anyway, but I've long been equally fascinated by snowdrops for their cultural resonance. They are closely associated with a major feast of the Christian church which follows Christmas, although while the world and his wife cannot remain ignorant of 25 December, indeed, cannot get out of the way of the Yuletide juggernaut, I doubt if one person in a thousand could tell you today what Candlemas is…’- Continue to read about snowdrops and hope

The year’s first snowdrops we spotted during our walk to Baginton Church were a reminder of two most beautiful poems,

one by Wordsworth and the other by Alfred, Lord Tennyson.

To a Snowdrop by William Wordsworth 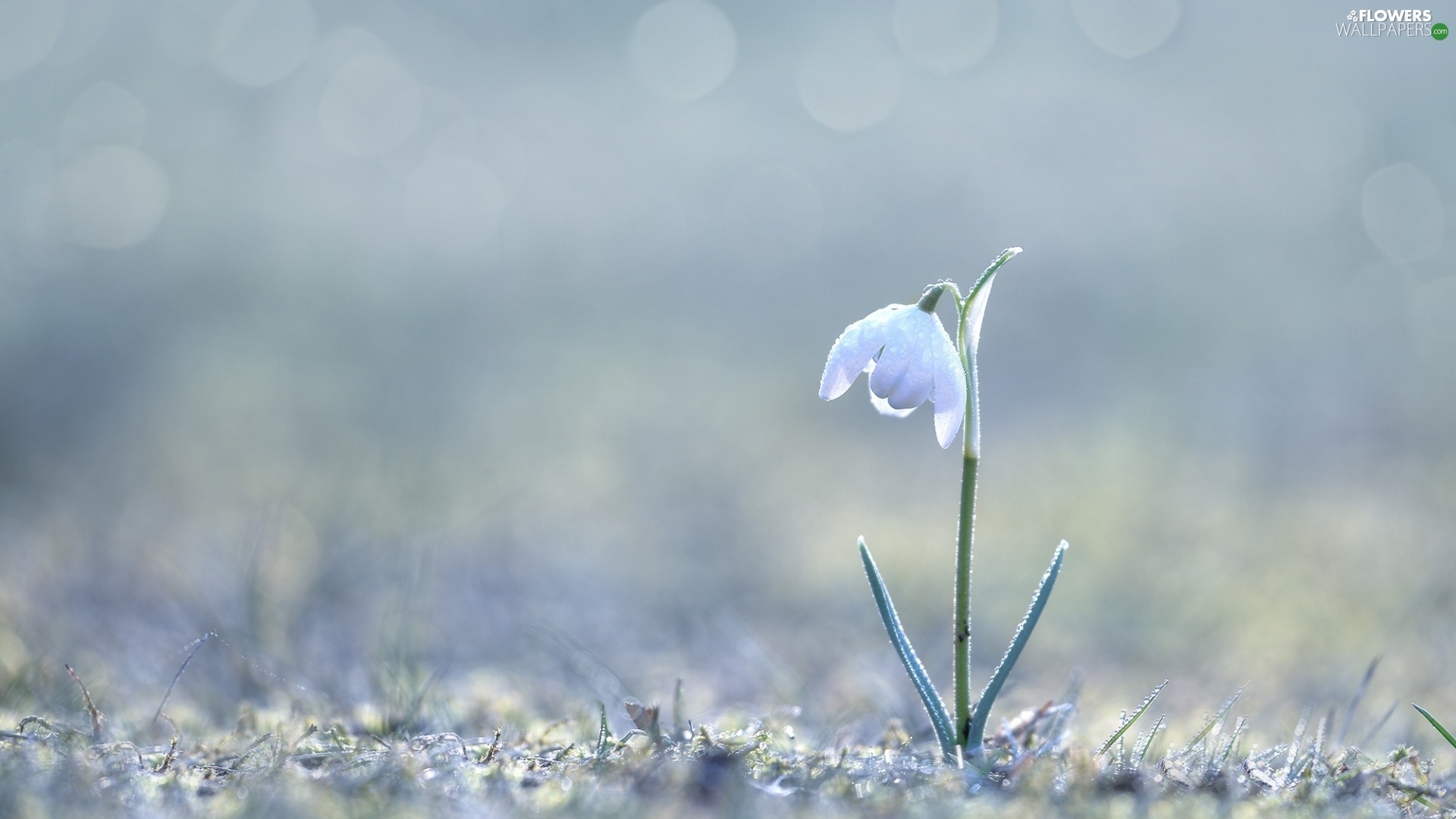 I set myself up for a long walk today as I hunted high and low for the first snowdrops of Spring. There was warmth in the sun, and joy in my heart. Everybody I met beamed brightly and stopped to chat...

‘Lone Flower, hemmed in with snows and white as they

But hardier far, once more I see thee bend

Thy forehead, as if fearful to offend,

Storms, sallying from the mountain-tops, waylay

The rising sun, and on the plains descend;

Yet art thou welcome, welcome as a friend

Whose zeal outruns his promise! Blue-eyed May

With bright jonquils, their odours lavishing

On the soft west-wind and his frolic peers;

Nor will I then thy modest grace forget,

And pensive monitor of fleeting years!’ 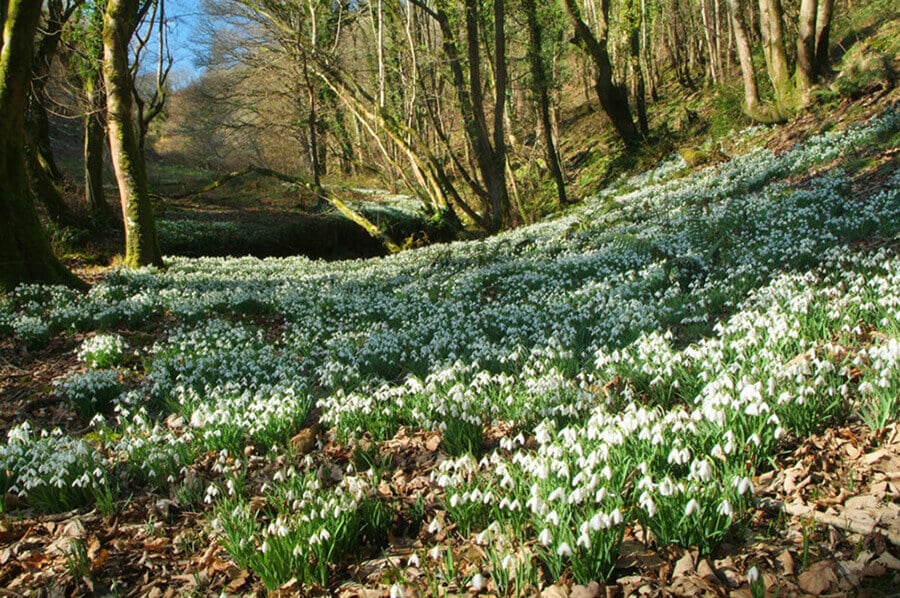 Ever as of old time,

Coming in the cold time,

Prophet of the gay time,

Prophet of the May time,

Prophet of the roses,

Related posts from our archives: