I offer this, one of the most beautiful of Persian poems, to honour and celebrate the life of Ostad (Master) Mohammad Reza Shajarian who embodied the timeless beauty of Persian music.

He taught us that ‘Humanity is the aim of all arts’ . May he rest in Peace.

‘He whose heart has been revived by love will never die. 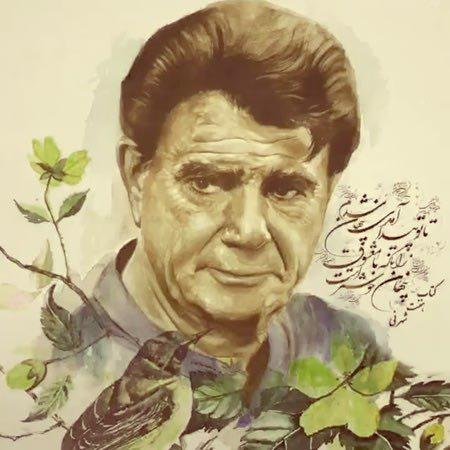 The passing of Mohammad Reza Shajarian is a monumental loss for all Iranians, as well as all the Persian speakers everywhere in the world.

His voice will always be a reminder of our land of birth, our identity,

‘In a year filled with exceptional challenges and bad tidings, the news of Mohammad Reza Shajarian’s passing is especially devastating. Known simply as "Ostad," Shajarian was more than a legendary Iranian singer. His iconic voice became the cry of a nation in its struggle for justice, which has spanned for over a century.

The outpouring of grief and emotions from Iranians the world over is a testament to his unparalleled genius and the weight of his impact on Iranian society, culture, and politics. Born in Mashhad in 1940, Shajarian was trained in Quranic recitation and later in the classical singing of Persian poetry. Despite his traditional style of music in an era of the growing popularity of pop music, Shajarian eventually rose to become perhaps the greatest Iranian vocalist and most beloved artist of Iran.

Reciting the poetry of Ferdowsi, Hafez and Rumi in his dulcet yet powerful voice, Shajarian fused the varied threads of Iran’s rich cultural tapestry and complex identity into a symbol of the nation that Iranians of all stripes could admire and feel connected. Both before and after the revolution of 1979, his songs often called for justice, engendered pride, and a longing for better days ahead.

Known globally for his incredible voice, Shajarian was revered by Iranians of all ages, many of which grew up with his voice. He was not just a musician. His social, political, and cultural impacts on Iranian society are inseparable from his artistic accomplishments. While Iranians have faced innumerable difficulties over many decades, Shajarian’s voice remained a rare constant that brought Iranians together, quite literally to sing in unity. In times of despair, his song reminded us to stay hopeful for the coming of the dawn.’- Excerpts from the NIAC’s Statement

This is the poem by the Iranian poet Mohammad-Taqi Bahar, and

Turn our dark night into dawn…..

Now is spring, flowers have bloomed

Clouds in my eyes are filled with dew

Is narrow and dark

Oh fiery sigh! start a flame in this cage!”

And with a breath, set fire to the battlefield

Of the mass of this earth

The cruelty of tyrants and the injustice of hunter

Have broken my nest to the winds”

with a burning sigh break this cage and overturn it

Wing-tied nightingale, leave the corner of this cage

Compose the song of freedom for humanity.’- Read the entire poem HERE 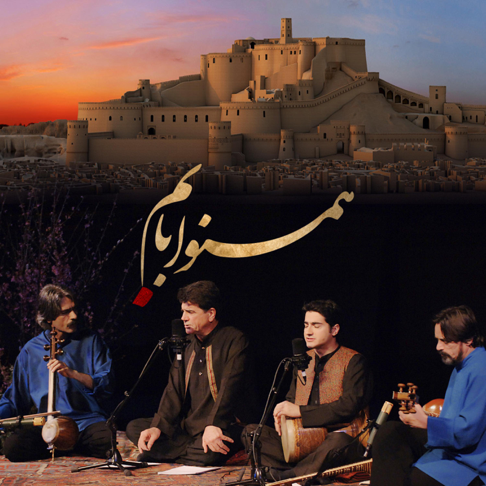 ‘Mohammad Reza Shajarian (Persian: محمد رضا شجريان) (born September 23, 1940 in Mashhad, Iran) is a Persian traditional singer and undisputed Master (Ostad) of Persian music. Shajarian is one of the most well known Iranian artists and probably the greatest singer in the history of the recorded Persian traditional music.Shajarian's all-star group consists of Hossein Alizadeh, (the tar virtuoso) Kayhan Kalhor on kamancheh and Shajarian's son, Homayun (on Tombak),who is also a vocalist in the group. Shajarian has always criticized the Iranian cultural officials for creating a bureaucracy that prevents his group from performing in Iran. After the Bam earthquake, he performed a fantastic concert in Vahdat Hall in Tehran called " Hamnava ba Bam ". About 3000 people were in that concert. They were very sad for that big disaster and at the same time happy to see their own artist in Iran. Here on Iran Info we show the concert for the public.’ - www.iraninfo.dk