Desperately Seeking Wisdom and the Path of Spiritual Life

Be as you appear.”- Rumi 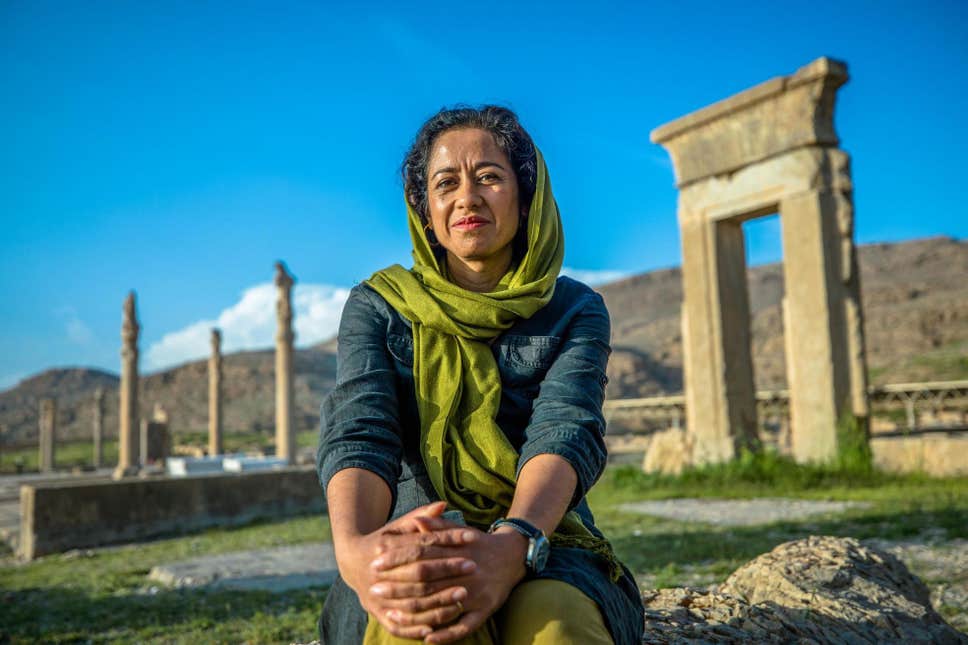 BBC Broadcaster and journalist Samira Ahmed goes on a remarkable journey to places rarely seen, as she travels through Iran, telling the story of a complex and fascinating people, culture and history.

Art of Persia, a selection of reviews: a rare chance to gasp at Iran's many splendours

“Samira Ahmed was granted a rare opportunity to journey into the heart of Iran and she didn’t waste it. A lesser presenter would have been content to make this into a travel programme, with the occasional observation about the Iranian people. But Ahmed is clever and curious, and you sense that this is one of the great projects of her career. Her ambition is no less than to introduce us to 3,000 years of Persian history, art and culture, deferring to experts where necessary but acting as an enthusiastic and knowledgeable guide. Seeing a presenter’s eyes shining at the thrill of what they’re seeing is infectious.”-Anita Singh, The Telegraph

“A visually gorgeous documentary, it had the heft, educational value and majestic footage of a Schama or an Attenborough. I can imagine a lot of money was spent here, but the result was a lush film that was part art lesson, part Persian history lesson, part culture guide. It took Ahmed three years to get into Iran to film, and she had a surprising amount of access to a country that to many feels like a closed book. When Iran is in the news here, it is rarely for good... We were here to see its dreamy, poetic, artistic side.”-Carol Midgley, The Times

“Ahmed has a clear passion for the country and its culture, and tries to show that while the Islamic Republic might be inward-looking, cultural exchange can and should still take place. Indeed, both the BBC’s efforts and the access granted by the Iranian government for this series represent a real step forward in that regard, especially if this results in more access for international academics and media in future. An equally important step will be if we take the time to learn about the rich history of a place we may know little about beyond headlines about sanctions and military clashes.”-Barbara Speed, The i

Learn more about The Art of Persia: BBC Four and watch the videos on the BBC iPlayer.

For those outside of Britain who may not be able to access the BBC iPlayer, see the The Art of Perisa on YouTube:

Episode three will be posted online when available on YouTube.

Learn more about Persian Civilisation and the Modern Iran 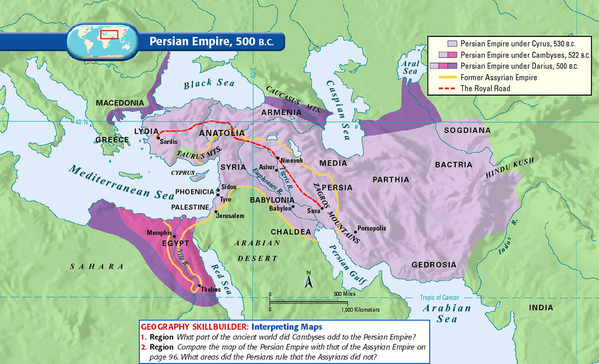 The Persian Empire: The rise, the fall, and the renewal.

‘The Persian Empire was located in present day Iran, and was based on tolerance and diplomacy. Before the Persians rose to power several small kingdoms occupied the region. Out of those regions the Medes and the Persians were the strongest, and eventually would become great rivals. At the head of the Persian Empire was King Cyrus. Cyrus was a military genius, and expanded his empire by conquering the small neighboring kingdoms that surrounded his land in 550 BC. By conquering these small kingdoms with his strong military, Cyrus gained the Persians attention from nearby empires. But Cyrus wasn't like most conquers, whenever the Persians conquer a kingdom Cyrus didn't let his men loot or burn the towns. He also allowed the Jews to return to Jerusalem and under Persian rule the Jews rebuilt their city and temples. With Cyrus as their king the Persian Empire now spanned more than 2,000 miles and with their wealth in natural resources like gold, silver, copper, lead, and blue lapis, the Persians established a thriving trade system with partners from the east and west.

Cyrus died in 530 BC while fighting off invaders, his successor Cambyses was also his son, but unlike Cyrus Cambyses scored the Egyptians, and burned their images. Cambyses died after only eight years of rule and immediately following his death the Persian Empire broke out in riots. Leaving Cambyses's successor, Darius, to rebuild the Persian Empire.

Darius was one of the king's bodyguards before he took control of the throne. Darius spent the first three years of his rule putting down revolts and the next few years establishing a well-organized and efficient administration. After he brought peace and stability to his empire, Darius turned his attention to expanding his rule. He conquered Egypt and Anatolia in the west, part of India in the east, and the Fertile Crescent in the center. To control his growing empire Darius divided it into 20 provinces. Although these 20 provinces spoke their own language and practiced their own religion, Darius still had absolute control of the empire. To help enforce his government, Darius installed governors called satraps and appointed military leaders and tax collectors in each province. To make sure these officers stayed loyal, Darius sent out inspectors know as the "King's Eyes and Ears"

After 200 years of rule the Persian Empire fell to Alexander the Great, but the Persians left behind a great legacy. The Royal Road was an excellent system of roads the King Darius used to receive and send information to the 20 provinces, and after his death was used for many years. It ran from Susa in Persia to Sardis in Anatolia, which was a total of 1,677 miles. Darius also created currency in the Persian Empire. These coins, because of their standard value, allowed the people of the Persian Empire to buy and sell goods without the need of measuring gold and silver by the pound. These two tools were just a small part of what the Persians left behind.’ -The quotes above and the photo

Shahnameh: The Epic of the Persian Kings

Wisdom of the East: Love and Wisdom of Sufism, Rumi and Hafez …

Happy Shab-e Yalda: When Light Shines and Where Goodness, Beauty and Wisdom Prevails

In search of beauty, wisdom and love? Then, come, come, whoever you are come

Rumi and Saint Francis of Assisi: Sages for Today

A Thousand Years of the Persian Book: A Curator's Tour

BBC 4 - The Genius of Omar Khayyam