Why Economics, Economists and Economy Fail?

To all those imagining a real economics, a wise economist and a just economy: Why Economists Fail? 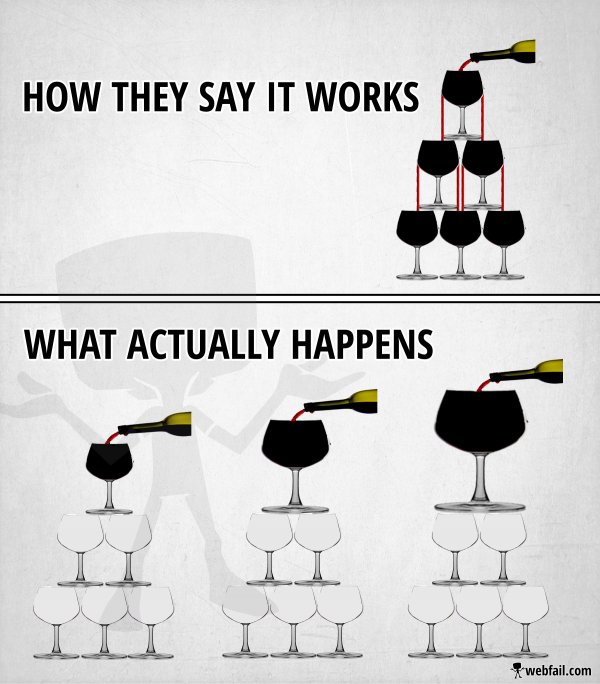 In the last couple of weeks I have posted a number of Blogs concerning economics, economy, globalisation, and the common good. I have been humbled by the warmth and positivity of the so many emails I have received, the comments and suggestions.

Values, Ethics, and the Common Good in MBA rankings: Where are they?

Today I received an email from a friend drawing my attention to a very interesting, informative article, “Why Economists Fail?” which is very much related to the Blogs I have been writing.

I very much enjoyed reading it and I now wish to share it with you. I hope my honest and conscientious fellow academic economists and other readers will be sufficiently inspired and thus, we can all come together and demand a better, more relevant, truthful and honest economics teaching.

“…Yet there’s a case to be made for discussing economics from a standpoint distinct from that of today’s economists – in fact, from nearly any imaginable standpoint other than that of today’s economists. That case could draw its initial arguments from many points, but the most obvious one just now has to be the near-total failure of contemporary economic thought to provide meaningful guidance to the macroeconomic challenges of our time.

This may seem like an extreme statement, but the facts back it up. Consider the way that economists responded – or, rather, failed to respond – to the late housing boom. This was as close to a perfect textbook example of a speculative bubble as you’ll find in recent history. The very extensive literature on speculative bubbles, going back all the way to Mackay’s Extraordinary Popular Delusions and the Madness of Crowds, made recognizing another example of the species easy enough. All the signs were there: the dizzying price increases, the huge influx of amateur investors, the giddy rhetoric insisting that prices could and would keep on rising forever, the soaring rate of speculation using borrowed money, and the rest of it.

By 2005, accordingly, a good many people outside the economics profession were commenting on parallels between the housing bubble and other speculative binges; by 2006 the blogosphere was abuzz with accurate predictions of the approaching crash; by 2007 the final plunge into mass insolvency and depression was treated in many circles as a foregone conclusion – as indeed it was by then. Yet it’s a matter of public record that among those who issued these warnings, economists – who should have caught onto the bubble faster than anyone – could very nearly be counted on the fingers of one foot. On the contrary, the vast majority of the economists who expressed a public opinion on the subject insisted that the delirious rise in real estate prices was justified and that the exotic financial innovations that drove the bubble would keep banks and mortgage companies safe from harm.

These comforting announcements were wrong. Those who made them had every reason to know at the time that they were wrong. No less an economic luminary than John Kenneth Galbraith pointed out decades ago that in the financial world, the term “innovation” usually refers to the rediscovery of the same limited set of bad ideas that always, without exception, lead to economic disaster. Galbraith’s books The Great Crash 1929 and A Short History of Financial Panics, which chronicle the carnage caused by the same gimmicks in the past, can be found on the library shelves in every school of economics in North America, and anyone who reads either one can find every rhetorical excess and fiscal idiocy of the housing bubble faithfully duplicated in the great speculative binges of the past.

If this were an isolated instance of failure, it might be pardonable, but the same pattern repeats itself as regularly as speculative bubbles themselves. Identical assurances were offered – in some cases, by the identical economists – during the last great speculative binge in American economic life, the tech-stock bubble of 1996-2000. They have been offered by professional economists during every other speculative binge since the profession of economics came into being. Take a wider view, and you’ll find that whenever a professional economist assures the public that some apparently risky course of action is perfectly safe, he is usually wrong.

A colorful recent example was the self-destruction of Long Term Capital Management (LTCM) in the early 1990s. One of the two Nobel laureates in economics on LTCM’s staff announced publicly that the computer models the company used for its hugely leveraged trades were so good that they could not lose money in the lifetime of the universe. Have you ever noticed that villains in bad movies very often get blown to smithereens a few seconds after saying “I am invincible”? Apparently the same principle applies to economists, though the time lag is longer; it was, as I recall, some five years after this announcement that LTCM got blindsided by a Russian foreign-loan default that many other people saw coming, and failed catastrophically. The US government had to arrange a hurried rescue package to keep the implosion from causing a general financial panic.

Economists are not, by and large, stupid people. Those who work in some of the less glamorous subsets of the field have worked out a great many useful tools for businesses and individuals, and the level of mathematical skill to be found among today’s “quants” rivals that of many university physics departments. Yet the profession seems to have become incapable of learning from its most glaring and highly publicized mistakes. This is all the more troubling in that you’ll find many economists among the pundits who insist that industrial economies need not trouble themselves about the impact of limitless economic growth on the biosphere that supports all our lives. If they’re as wrong about that as so many other economists were about the housing bubble, they’ve made a fateful leap from risking billions of dollars to risking billions of lives.

What lies behind this startling blindness to the evidence of history and the reality of the downside? Plenty of factors doubtless play a part, but three seem most important to me.

First of all, for professional economists, being wrong is much more lucrative than being right. During the runup to a speculative binge, and even more so during the binge itself, a great many people are willing to pay handsomely to be told that throwing their money into the speculation du jour is the right thing to do. Very few people are willing to pay to be told that they might as well flush it down the toilet, even – indeed, especially – when this is the case. During and after the crash, by contrast, most people have enough calls on their remaining money that paying economists to say anything at all is low on the priority list.

The same rule applies to professorships at universities, positions at brokerages, and many of the other sources of income open to economists. When markets are rising, those who encourage people to indulge their fantasies of overnight wealth will be far more popular, and thus more employable, than those who warn them of the inevitable outcome of pursuing such fantasies; when markets are plunging, and the reverse might be true, nobody’s hiring. Apply the same logic to the fate of industrial society and the results are much the same; those who promote policies that allow people to get rich and live extravagantly today can count on an enthusiastic response, even if those same policies condemn industrial society to a death spiral in the decades ahead. Posterity, it’s worth remembering, pays nobody’s salaries today.

Second, like many contemporary fields of study, economics suffers from a bad case of premature scientification. The dazzling achievements of science have encouraged scholars in a great many fields to ape science’s methods in the hope of duplicating its successes, or at least cashing in on its prestige. Before Isaac Newton could make sense of the planets in their courses, though, thousands of observational astronomers had to amass the raw data with which he worked. The same thing is true of any successful science: what used to be called “natural history,” the systematic recording of what nature actually does, builds the foundation on which science erects structures of hypothesis and experiment.

A great many fields of study have attempted to skip the preliminaries and fling themselves straight into scientific research. The results are not good, because there’s a boobytrap hidden inside the scientific method. The fact that you can get some fraction of nature to behave in a certain way under arbitrary conditions in the artificial setting of a laboratory does not mean that nature behaves that way left to herself. If all you want to know is what you can force a given fraction of nature to do, this is well and good, but if you want to understand how the world works, the fact that you can often force nature to conform to your theory is not exactly helpful.

Economics is particularly vulnerable to this sort of malign feedback because its raw material – human beings making economic decisions – is so complex that the only way to control all the variables is to impose conditions so arbitrary and rigid that the results have only the most distant relation to the real world. The logical way out of this trap is to concentrate on the equivalent of natural history, which is economic history: the record of what has actually happened in human communities under different economic conditions. This is exactly what those who predicted the housing crash did: they noted that a set of conditions in the past (a bubble) consistently led to a common result (a crash) and used that knowledge to make accurate predictions about the future.

Yet this is not, on the whole, what successful economists do nowadays. Instead, a great many of them spend their careers generating elaborate theories and quantitative models that are rarely tested against the evidence of economic history. The result is that when those theories are tested against the evidence of today’s economic realities, they often fail.

The Nobel laureates whose computer models brought LTCM crashing down in flames, for example, created what amounted to extremely complex hypotheses about economic behavior, and put those hypotheses to a very expensive test, which they failed. If they had taken the time to study economic history first, they might well have noticed that politically unstable countries tolerably often default on their debts, that moneymaking schemes involving huge amounts of other people’s money usually end up imploding messily, and that every previous attempt to profit by modeling the market’s vagaries had come to grief when confronted by the sheer cussedness of human beings making decisions about their money. They did not notice these things, and so they and their investors ended up losing astronomical amounts of money.

The third factor driving the economic profession’s blindness to its own mistakes is more complex, and will demand a post of its own. Few things seem less related than the abstractions of metaphysics and the gritty realities of money, but there’s a crucial connection. Underlying today’s economic thought is a specific set of metaphysical assumptions, and those assumptions form the foundation of sand underneath the proud and unsteady towers of today’s economic theories. In next week’s post I plan on taking a hard look at the metaphysics of money, in the hope of finding a less problematic basis for economic life in the approaching deindustrial age.”

The Archdruid Report: Why Economists Fail