Grenfell Tower inferno, One Year on, The Enduring Shame

The Enduring Shame of  ‘Bastard Economics’ , Neoliberalism and Crony Capitalism

The catastrophic fire that killed at least 72 innocent people in London was the inevitable byproduct of an ideology that vilifies the poor, the weak, the vulnerable, the disabled and the disadvantaged, blaming them for their plight, whilst celebrating crony, feral capitalists, tax-dodgers and tax-avoiders, offshoring their steals and more.

‘...But Grenfell is more than a story of negligence—a tragic coalescence of a dozen discrete moments of hubris and greed. It is also an awful fable of our time. Pundits often describe it as a “Hurricane Katrina moment,” a catastrophe that exposes a rich country’s contempt for its poor. “The charred remains of Grenfell Tower have become a shocking symbol of inequality at the heart of the capital itself,” the New York Times declared in a story on London's atomization earlier this week. “They have changed the national narrative.” Grenfell has become a grisly metaphor for all that is squalid about the British capital, unfettered free-market capitalism, and society at large.’+ 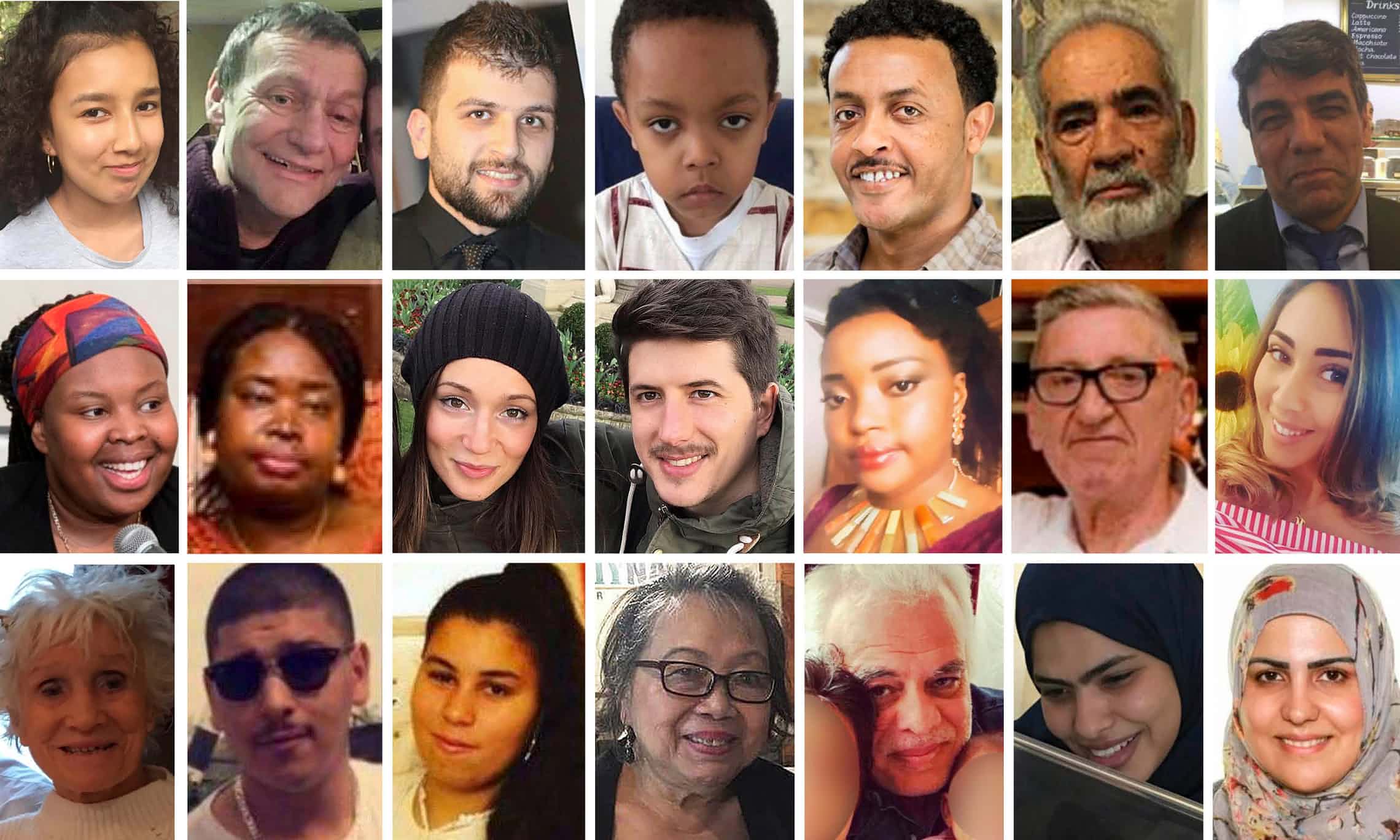 Some of the victims of the Grenfell Tower fire, which claimed the lives of 72 people

‘One year ago, the worst high-rise fire in British history in Grenfell Tower cost the lives of 72 people.

What took place in the early hours of June 14, 2017 was social murder. This was the term first coined by Frederick Engels in his famous study, The Condition of the Working Class in England. Writing in 1845, at the beginning of industrial capitalism, he explained, “When society places hundreds of proletarians in such a position that they inevitably meet a too early and an unnatural death...” and “yet permits these conditions to remain, its deed is murder just as surely as the deed of the single individual.”

This is because it speaks to the common experience of working people the world over. From poisoned water in the American city of Flint, Michigan to collapsing garbage dumps and mudslides in Colombo and Sierra Leone that have killed many, to an entirely preventable tower block inferno in London—one of the richest cities in the world—the lives of working people are considered expendable by a parasitic financial oligarchy that subordinates every aspect of social and economic life to its enrichment...”*

Twelve months ago, I remember waking up, turning my radio on, and hearing  the awful news coverage of the Grenfell Tower fire in London, the city of money, riches and dreams! In the days, weeks and long months that followed, survivors’ journeys through grief, anger, disbelief and dismay were played out graphically through ongoing news coverage. And amidst the anguish, pain, fear and trauma of those who survived, politicians made uncomfortable forays into the shadow of a burned out Grenfell Tower to try to show their empathy and make promises to right wrongs, although, lest we forget, Theresa May, did not even bother to show her empathy and sympathy. She now says that she regrets that. Too late for that, many people with an eye on justice, would say!

The cause/s of the horrific blaze at Grenfell Tower has yet to be established – but several theories have begun to emerge over what may have caused it.

Whatever the outcome of the public inquiry into identifying the reasons,  for me, the main cause of the tragedy is  ‘Bastard Economics’, underpinning the inhumane and unjust economic mumbo-jumbo of  neoliberalism, first and foremost. It is this philosophy that has allowed beastly behaviour, selfish and arrogant mentality, divorced from reality of the pain that is causing others, whilst making billions in riches for the few.

In short, and to re- emphasise,  the current dominant global model of neoliberalism has unleashed a savage barbarity, vandalism and assault on majority of people, communities and societies, creating fear, hopelessness, loneliness, depression, anxiety, intolerance, xenophobia, mistrust, individualism, selfishness, and more.

Unless, we the people, wisen up, and throw this destructive philosophy that has been pushed on us, into the dustbin of history, nothing will change. There will be more towering infernos, more financial and business disasters, more wars and killings,  and more  raping of nature. Believe me. It is time to rise, seeking justice and fairness for many, not the billions for the few!

The lives of Grenfell Tower

Capitalism is broken: The time is now to seek the common good

Who Can Heal and Save the World?

+Grenfell Was No Ordinary Accident

*These excerpts were quoted from One year since the Grenfell inferno

And now finally, lest we forget: 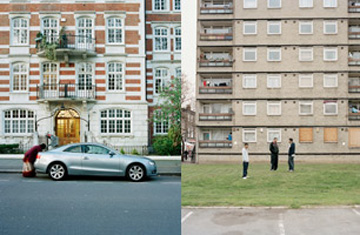 Great Divide: Have and have not- London ranks as one of the most unequal cities in the developed world

'London was never supposed to be like this. At the end of the First World War, as servicemen returned to Britain from the continent demanding a fairer society in return for their sacrifice, the state provision of housing—what Lloyd George promised would be “homes fit for heroes”—became a key pledge of the post-war settlement. Three decades later, as Britain recovered from another world war, social housing was a key component of the country’s pioneering welfare state, alongside the free universal healthcare of the National Health Service.

In industrial centers throughout the country, acres of slum tenements were razed and replaced with social housing, often high-density blocks of flats, for those who couldn’t afford to buy a home. The idea was predicated on the egalitarian notion that shelter, like health, was an inviolable human right, and that rich and poor should, within reason, be encouraged to live cheek-by-jowl.

Grenfell was built in 1974, an austere concrete tower of 120 flats spread over 24 floors, its design in keeping with the Brutalist style of the day. Unprepossessing as it and many similar towers across Britain may have been, early residents were proud to live in these modern dwellings. Strong community bonds formed throughout their halls and stairwells.

The experiment began to disintegrate in the 1980s under Margaret Thatcher, who determined that ideas incubated by American right-wing intellectuals – ideas which fetishized privatization and small government as a means to maximize wealth—should be the guiding principles of her Conservative government’s economic policy. The Housing Act of 1980 introduced “Right-to-buy,” a scheme that actively incentivized social-housing tenants to buy their homes. Thousands did, and many subsequently moved on up the housing ladder, fulfilling that very British dream of pursuing social mobility via property ownership.

Then came the global financial crisis of 2008, and with it London’s metamorphosis started to accelerate. Swept to power on a mandate that promised to reverse Labour profligacy, David Cameron’s Tory-led coalition government in 2010 announced a new age of austerity in Britain. Under the new agenda, London council budgets have been pared to the bone. This abrupt depletion of municipal coffers has encouraged councils to sell-off vast amounts of public land and property—libraries, leisure centers, and particularly social housing. Hundreds of estates across London, including many in the vicinity of Grenfell, have been “decanted” (that’s the word councils use for emptying a housing block) and demolished in recent years, their former inhabitants discarded to the four corners of Britain where rents are more affordable.

In London, almost all of the developments that have risen to replace these blocks have been high-end. Some such premises are occupied by the city’s wealthy; more controversially, they are also pitched to affluent overseas buyers who view London property as a safe place to park (or launder) their millions. These new-builds—popularly characterized as “safety-deposit boxes in the sky”—have traditionally been seen as a guaranteed investment, so certain to accrue in value that many owners don’t bother with the hassle of renting them out…

Continue to read this excellent article: Grenfell Was No Ordinary Accident