“In a world where you can be anything, be kind.” 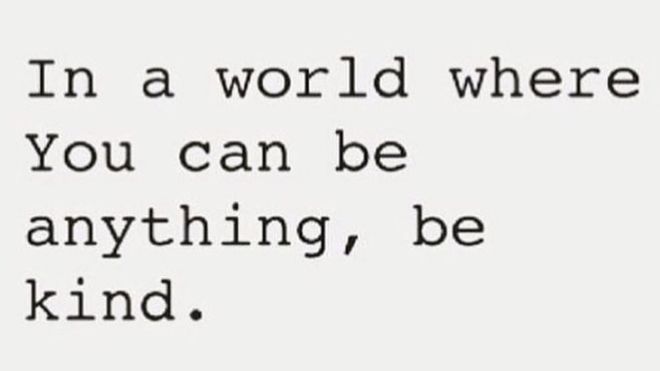 "In a world where you can be anything, be kind," Caroline Flack wrote on Instagram in December 2019.

There is no simple explanation for why someone chooses to take their own life and it is rarely due to one particular factor. But after the 40-year-old TV presenter took her own life on 15 February 2020, those words have assumed an added resonance for many around the world.

In the hours and days after news of Flack’s death broke, many thousands of tweets were posted with the words ‘Be Kind’ – a reminder, in the most basic sense, that we need to treat each other better, we need to be kinder. The motto seemed to be a cry for help and change, a collective realisation that things had gone too far.

On Facebook and other social media outlets, there was a renewed effort from women to be kinder to one another, too – one viral trend encouraged them to tag and compliment their friends. “It’s time for us to fix each other’s crowns,” read someone’s caption. The ‘Be Kind’ motto also appeared as ‘ribbons’ on profile pictures.

To my mind, if we could keep this kindness notion in the forefront of how we operate, and if we can harness and nurture that, this can prove to  be an incredibly powerful thing, a force for good.

Read more: “In a world where you can be anything, be kind.”