Lessons from an old-time social distancer for novices like us

We're all social distancing these days, and it's unclear when exactly that will end. But Billy Barr has been doing this for almost 50 years. He's the only full-time resident of Gothic, Colorado, USA 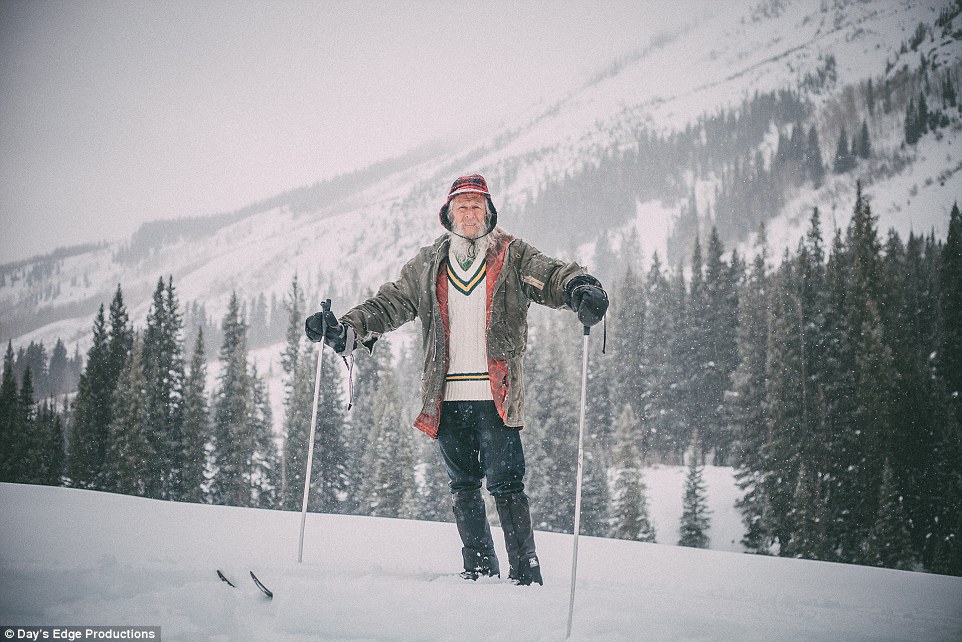 Billy Barr, pictured, is the only year-round resident in the former silver mining town of Gothic, Colorado. He moved there in the fall of 1973 after he graduated from Rutgers University.-Photo: Daily Mail 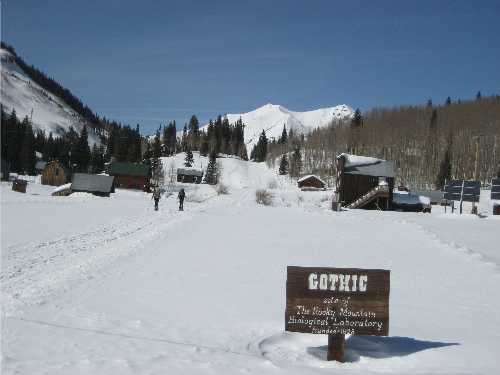 Gothic was supported by the Silver mines in the area and a post office between 1879 and 1896. At one time, there were 200 buildings. The area of Gothic and surrounding areas had a combined population of 1000. President Grant visited Gothic in 1880, and Horace Tabor backed financially the Elk Mountain Bonanza newspaper. After 1914, Gothic became a ghost town, except for Billy Barr, it’s only full-time resident, since 1973.-Photo:OutThereColorado

‘Tips From Someone With Nearly 50 Years Of Social Distancing Experience.’*

"I'm the mayor and chief of police," he said. "I hold elections every year, but I don't tell anybody when they are, so it works out really well."

He lives in an abandoned silver mine at nearly 10,000 feet in altitude in the Rocky Mountains. "The snow's going sideways, it's swirling," Billy Barr said of the local weather.

Barr has tips on social distancing, but he's the first to say they may well be entirely useless.

"When I first got here, it was a relief for me to be on my own, but that's not necessarily what a healthy person does — isolate themself," he said. "I mean, I'm good at it and I do it because I like it, but what works for me, it works for me. It quite conceivably wouldn't work for anybody else."

While Barr has been called a hermit, he doesn't consider himself one. He occasionally interacts with skiers who pass through, he talks to his sister on the phone, and he works for the Rocky Mountain Biological Laboratory nearby, which gets flooded with scientists in the summer. 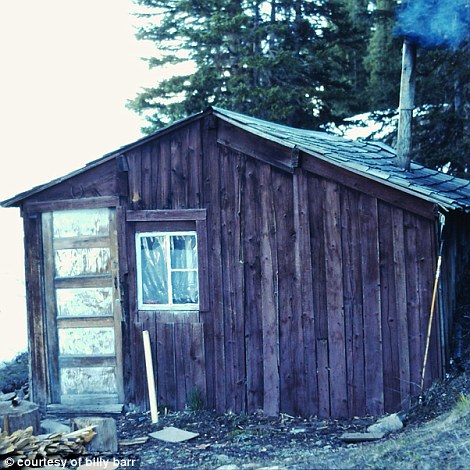 When Billy first moved to Gothic, he lived in an 8x10ft mining shack, pictured above. He lived there for eight years until he built himself an actual house in 1980, pictured below. His house is powered by solar panels and even has a greenhouse and a movie room. 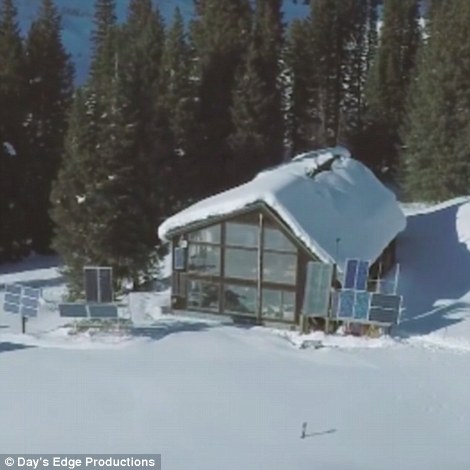 But the man has been living alone in a cabin in the mountains for many years, and in the winter months, he can go many days without seeing a soul. So staying home during the COVID-19 outbreak?

"Yeah, I mean this is no change for me," he said. "I come into winter with almost all my food already in."

So, without further ado, here are five recommendations for the Billy Barr method of social distancing. 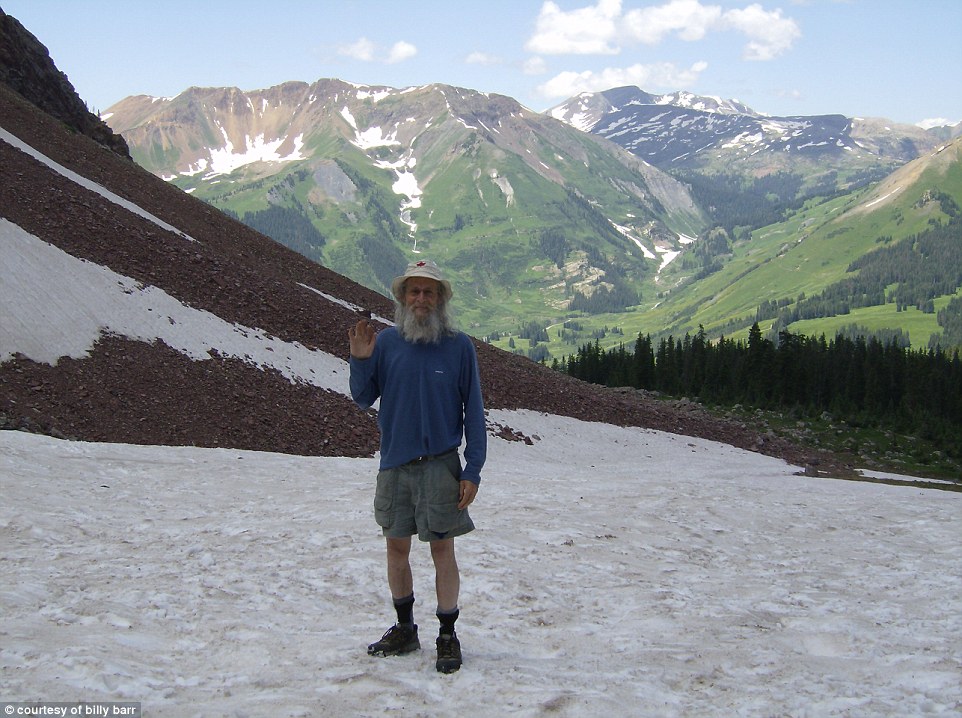 Billy on one of his daily hikes.-Photo: Daily Mail

How to survive isolation and social distancing: Lessons from Billy

Each day, Barr tracks the weather for a number of groups including the Colorado Avalanche Information Center. He started measuring snow levels in the 1970s, mostly because he was bored.

"Everything depends on the weather," said Barr, who has skied through that "sideways" and "swirling" snow to talk on the phone from the laboratory. "It controlled what I did and so I would write it all down."

He would also write down when he saw an animal.

"With the birds, especially the ones that arrive in the spring, it was exciting," he said. "It was like, 'Oh my goodness, it's sunrise and I can hear robins.' "

Turns out, monitoring things that were important to his daily life had real value. As The Atlantic has written and the documentary The Snow Guardian has shown, his records have informed dozens of studies on climate change.

In the era of COVID-19, he suggests tracking what you can — or can't — find at the grocery store. Or, better yet, participating in some citizen science, like a project called CoCoRaHS that tracks rainfall across the country.

"I would definitely recommend people doing that," he said. "You get a little rain gauge, put it outside and you're part of a network where there's thousands of other people doing the same thing as you, the same time of the day as you're doing it. It's very interesting."

"Up until a week or two ago, I would listen to the news every morning so that I could start every day either totally depressed or furious. That's always a good way to start the day," he said.

"Now with the whole COVID and with politics and stuff," he said he just can't anymore. So, he listens to old-time radio instead.

Then it's time to clear the snow off his solar panels and file weather reports to a bunch of different agencies. The rest of the day involves work and chores interspersed with skiing.

"I kind of follow a set time schedule," said Barr. "Sometimes I forget what day it is, but I know what time it is."

Most importantly, he said, is leaving a reward for the end of the day. He'll read, knit something, watch a movie and then watch a game of cricket.

"It's pretty much the same day after day. Most of it I enjoy," he said.

Notably absent from his daily routine: keeping a personal journal. He said he used to, for about a decade or so, but then he went back and read it. "And it was so boring. It's like, 'OK enough already. Let me go watch some paint dry.' "

Barr has mostly ditched holidays and birthdays, but he does celebrate Jan. 17, when sunrise goes back to what it was on the solstice.

"To me, that's a big deal because I get up so early in the morning that the lighter it gets, earlier, makes my day a lot easier," he said.

He also celebrates when he gets back from skiing 8 miles each way into the town of Crested Butte for supplies.

Sometimes, Barr said, it's kind of satisfying to be grumpy about something.

"I do get sick and tired of snow, but I like kidding about it. I live in an area where people live for snow, but I'm not that carried away with it, so I like being grumpy about it," Barr said. "You get older and you start saying 'OK, I'm not going to necessarily be pleasant when I don't feel pleasant.' "

"Ironically, I have been in contact with one person in the last nine days. That was eight days ago," he said.

And then the guy got sick.

"I don't know what he has, but for the last week, I've been sitting around wondering If I'm going to get it," Barr said. (Another week has passed since this interview.)

Which brings us to his final tip...

"If I'm really stressed I might watch an animated movie, something cute and funny that takes my mind off it. If I'm depressed, I can reverse that," he said.

"My tastes are reasonably fluff-oriented," he said. Movies like Pandemic or The Shining? Hard pass. "The Princess Bride is my pretty much favorite movie. I like Hugh Grant stuff, like Love Actually, Notting Hill."

"They're colorful. They're pretty, there's good music and stuff," he said. "I have a list of favorites that I'll only watch under certain circumstances. I save them for that."

Here are the 357 movies at the top of his list.

About 20 years ago, Barr added a movie room into his cabin. It has a projector, carpeted walls, and three chairs.

"I have a nice chair for me and I have two other chairs with the idea that I'd invite people up," he said. "And I never do."

Continue and explore a bit more on similar themes

Crisis or no crisis: These are some of my recommendations for a better life and a better world. Carpe Diem!

Every move you make, every breath you take leaves its mark on our world 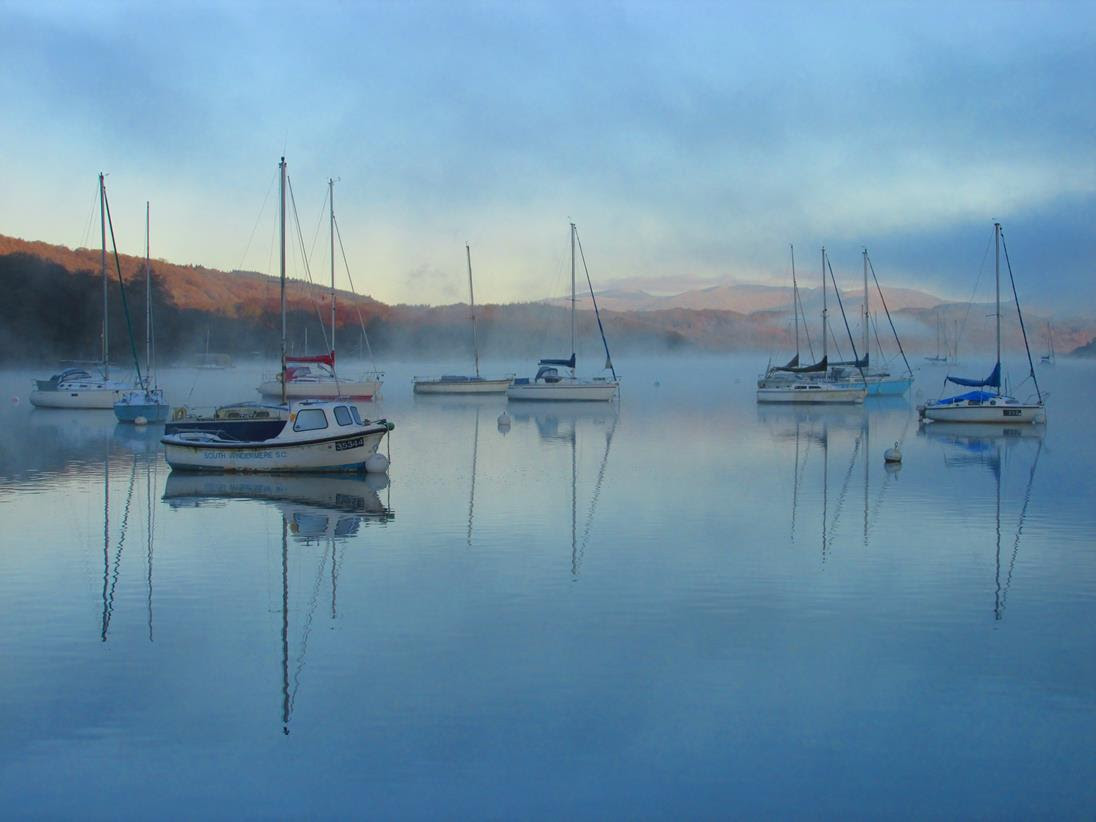 In Praise of Solitude …

The Art of Living a Happier life: Solitude- The Most Important Skill Nobody Taught You

In a world of constant distraction seek solitude to attain contentment

In Praise of John Clare: The Great Poet who Loved Nature …

Simpler life and simpler times: A Journey in Life

Meditation at the Shore

In Praise of Frugality: Materialism is a Killer …

In Praise of ‘Enoughness’ and 'Lagomist' Economy …