Music for Hope on Easter Sunday from Milan Cathedral 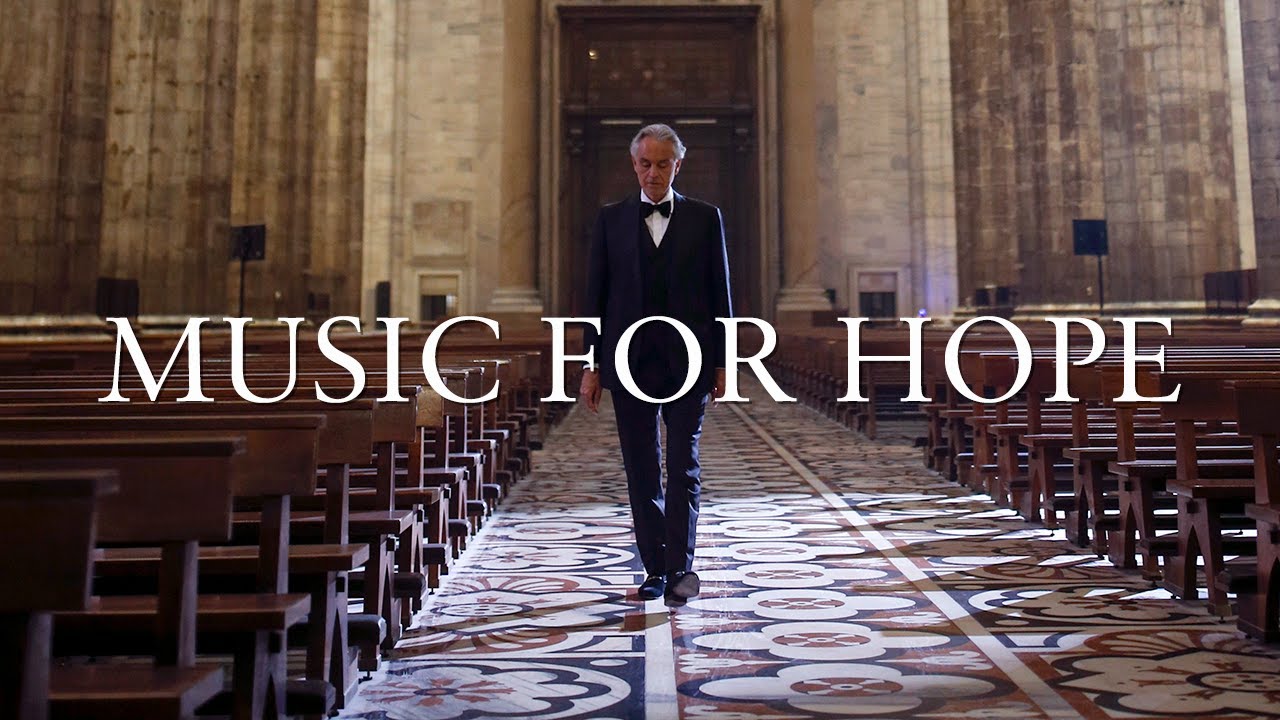 ‘Opera star Andrea Bocelli has held an Easter concert in Milan, singing in the city's famous cathedral - accompanied only by the organ.

Called Music for Hope, the concert was live-streamed on YouTube and prompted an outpouring of applause on social media as millions of people around the world celebrated Easter under lockdown.

"Thanks to music, streamed live, bringing together millions of clasped hands everywhere in the world, we will hug this wounded Earth's pulsing heart," Bocelli said at the beginning of his performance.

For the finale, he sang Amazing Grace outside the cathedral, facing the empty streets of Milan’-The BBC

Read and see more on the healing power of music

Playing for Change: How music can change the world!

Music to Heal the World