Mirror, mirror, on the wall, Who’s the maddest of them all? 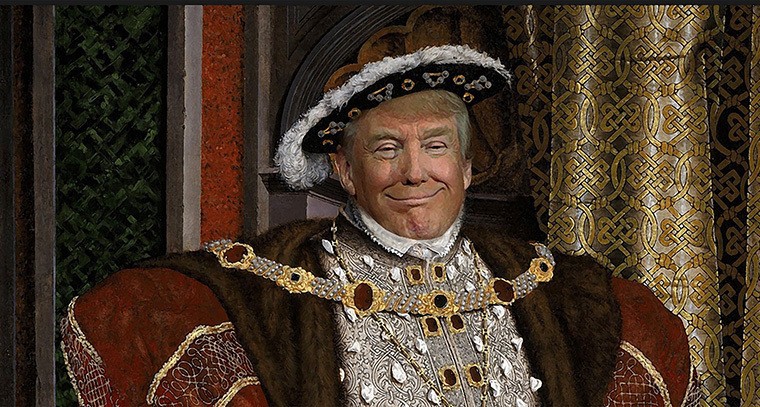 The Emperor has no clothes: The Madness of King Donald. Photo:Odyssey

But, first a bit on the Madness of King John!

'Imagine a nobleman with a magnificent estate and numerous servants, but hesitant in speech, unable to comprehend other people’s viewpoints, rather detached from everyday affairs, a bit vague about the facts of life and more interested in his livestock than in his family…’- Anne Crowther, ‘The madness of King John’

‘King John: the most evil monarch in Britain's history’

A lecherous traitor, a depraved tyrant and a hopeless leader in war –

it’s no wonder his subjects rose up and forced Magna Carta on him. 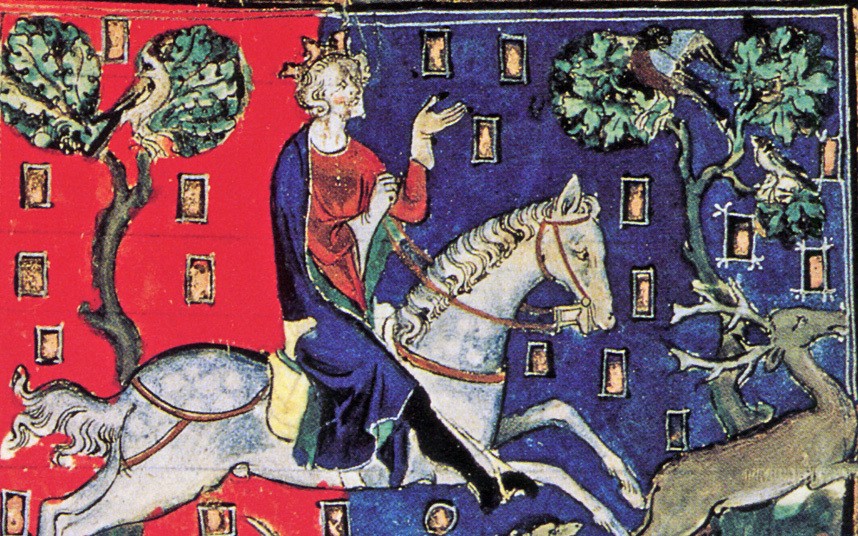 Photo: Via The Telegraph

Thus begins Shakespeare’s King John, about the king of England.

John (24 December 1166 – 19 October 1216) was King of England from 1199 until his death in 1216. He lost the Duchy of Normandy and most of his other French lands to King Philip II of France, resulting in the collapse of the Angevin Empire and contributing to the subsequent growth in power of the French Capetian dynasty during the 13th century. The baronial revolt at the end of John's reign led to the sealing of Magna Carta, a document sometimes considered an early step in the evolution of the constitution of the United Kingdom...most of John's contemporaries seem to have held a poor opinion of his sexual behaviour...John was incensed about what he perceived as an abrogation of his customary right as monarch to influence the election...The more I read about the Mad John (Wikipedia), the more I am reminded of the Mad Donald!

The Emperor has no clothes: The Madness of King Donald

Like Hiroshima and Nagasaki before it, wars with Iran and China are a true sign of MADNESS

As this week we have been remembering the 75th anniversary of the tragic and egregious U.S. use of atomic bombs in Hiroshima and Nagasaki, this is a timeless moment to get the world to do everything to highlight the possible  Trump/ Pompeo war with Iran and also  a war with China that would almost certainly turn into a nuclear war with huge losses and consequences for the entire world. It is with this in mind that I want to share the following with you. 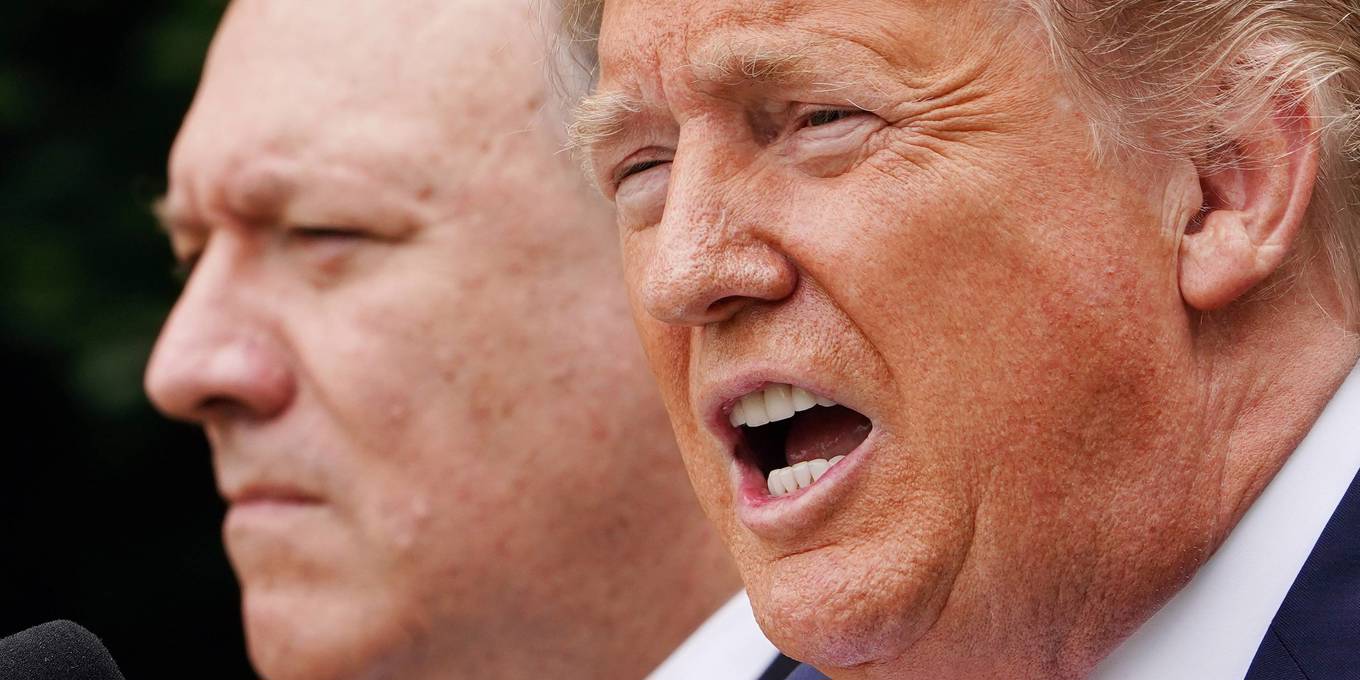 Last month, Secretary of State Mike Pompeo delivered an anti-China speech that was extremist, simplistic, and dangerous. If biblical literalists like Pompeo remain in power past November, they could well bring the world to the brink of a war that they expect and perhaps even seek.

NEW YORK – ‘Many white Christian evangelicals in the United States have long believed that America has a God-given mission to save the world. Under the influence of this crusading mentality, US foreign policy has often swerved from diplomacy to war. It is in danger of doing so again.

Last month, Secretary of State Mike Pompeo launched yet another evangelical crusade, this time against China. His speech was extremist, simplistic, and dangerous – and may well put the US on a path to conflict with China.

According to Pompeo, Chinese President Xi Jinping and the Communist Party of China (CPC) harbor a “decades-long desire for global hegemony.” This is ironic. Only one country – the US – has a defense strategy calling for it to be the “preeminent military power in the world,” with “favorable regional balances of power in the Indo-Pacific, Europe, the Middle East, and the Western Hemisphere.”

China’s defense white paper, by contrast, states that “China will never follow the beaten track of big powers in seeking hegemony,” and that, “As economic globalization, the information society, and cultural diversification develop in an increasingly multi-polar world, peace, development, and win-win cooperation remain the irreversible trends of the times.”

One is reminded of Jesus’s own admonition: “Thou hypocrite, first cast out the beam out of thine own eye; and then shalt thou see clearly to cast out the mote out of thy brother’s eye” (Matthew 7:5). US military spending totaled $732 billion in 2019, nearly three times the $261 billion China spent.

The US has repeatedly rejected or withdrawn from United Nations treaties and UN organizations in recent years, including UNESCO, the Paris climate agreement, and, most recently, the World Health Organization, while China supports UN processes and agencies. US President Donald Trump recently threatened the staff of the International Criminal Court with sanctions. Pompeo rails against China’s clampdown on its mainly Muslim Uighur population, but Trump’s former national security adviser, John Bolton, claims that Trump privately gave China’s actions a pass, or even encouraged them.

The world took relatively little notice of Pompeo’s speech, which offered no evidence to back up his claims of China’s hegemonic ambition. China’s rejection of US hegemony does not mean that China itself seeks hegemony. Indeed, outside of the US, there is little belief that China aims for global dominance. China’s explicitly stated national goals are to be a “moderately prosperous society” by 2021 (the centenary of the CPC), and a “fully developed country” by 2049 (the centennial of the People’s Republic).

Moreover, at an estimated $10,098 in 2019, China’s GDP per capita was less than one-sixth that of the US ($65,112) – hardly the basis for global supremacy. China still has a lot of catching up to do to achieve even its basic economic development goals.

Assuming that Trump loses in November’s presidential election, Pompeo’s speech will likely receive no further notice. The Democrats will surely criticize China, but without Pompeo’s brazen exaggerations. Yet, if Trump wins, Pompeo’s speech could be a harbinger of chaos. Pompeo’s evangelism is real, and white evangelicals are the political base of today’s Republican Party.

Pompeo’s zealous excesses have deep roots in American history. As I recounted in my recent book A New Foreign Policy, English protestant settlers believed that they were founding a New Israel in the new promised land, with God’s providential blessings. In 1845, John O’Sullivan coined the phrase “Manifest Destiny” to justify and celebrate America’s violent annexation of North America. “All this will be our future history,” he wrote in 1839, “to establish on earth the moral dignity and salvation of man – the immutable truth and beneficence of God. For this blessed mission to the nations of the world, which are shut out from the life-giving light of truth, has America been chosen...”

On the basis of such exalted views of its own beneficence, the US engaged in mass enslavement until the Civil War and mass apartheid thereafter; slaughtered Native Americans throughout the nineteenth century and subjugated them thereafter; and, with the closure of the Western frontier, extended Manifest Destiny overseas. Later, with the onset of the Cold War, anti-communist fervor led the US to fight disastrous wars in Southeast Asia (Vietnam, Laos, and Cambodia) in the 1960s and 1970s, and brutal wars in Central America in the 1980s.

After the September 11, 2001, terrorist attacks, the evangelical ardor was directed against “radical Islam” or “Islamic fascism,” with four US wars of choice – in Afghanistan, Iraq, Syria, and Libya – all of which remain debacles to this day.

Suddenly, the supposed existential threat of radical Islam has been forgotten, and the new crusade targets the CPC.

Pompeo himself is a biblical literalist who believes that the end time, the apocalyptic battle between good and evil, is imminent. Pompeo described his beliefs in a 2015 speech while a Congressman from Kansas: America is a Judeo-Christian nation, the greatest in history, whose task is to fight God’s battles until the Rapture, when Christ’s born-again followers, like Pompeo, will be swept to heaven at the Last Judgment.

White evangelicals represent only around 17% of the US adult population, but comprise around 26% of voters. They vote overwhelmingly Republican (an estimated 81% in 2016), making them the party’s single most important voting bloc. That gives them powerful influence on Republican policy, and in particular on foreign policy when Republicans control the White House and Senate (with its treaty-ratifying powers). Fully 99% of Republican congressmen are Christian, of whom around 70% are Protestant, including a significant though unknown proportion of evangelicals.

Of course, the Democrats also harbor some politicians who proclaim American exceptionalism and launch crusading wars (for example, President Barack Obama’s interventions in Syria and Libya). On the whole, however, the Democratic Party is less wedded to claims of US hegemony than is the Republican Party’s evangelical base.

Pompeo’s inflammatory anti-China rhetoric could become even more apocalyptic in the coming weeks, if only to fire up the Republican base ahead of the election. If Trump is defeated, as seems likely, the risk of a US confrontation with China will recede. But if he remains in power, whether by a true electoral victory, vote fraud, or even a coup (anything is possible), Pompeo’s crusade would probably proceed, and could well bring the world to the brink of a war that he expects and perhaps even seeks.’- *This article was first published in Project Syndicate on 5 August 2020

The Madness of King Donald

'When people start asking questions about a king's mental stability,

the story usually doesn't end well for the monarch.'

The American Emperor Has No Clothes

The Empire Has No Clothes: U.S. Foreign Policy Exposed

Donald Trump: The Face of the US’s Decline, in Five Epic Failures

America's 'untouchables': the silent power of the caste system

'We're making it up as we go along': how Trump's America failed the Covid test

And now watch Prof. Cornel West  explaining the falsehood of the so-called  America's 'Exceptionalism' and why the US is an empire in decline and much more!

And now a look at The Madness of King Boris!

We should not forget our own Mad king, our English Trump, the Mad Boris, who thinks he is exceptional too! Oh my God, as if one was not enough already!

Where do we go from here? For sure: BREXIT!!

​The fatal delusions of Boris Johnson 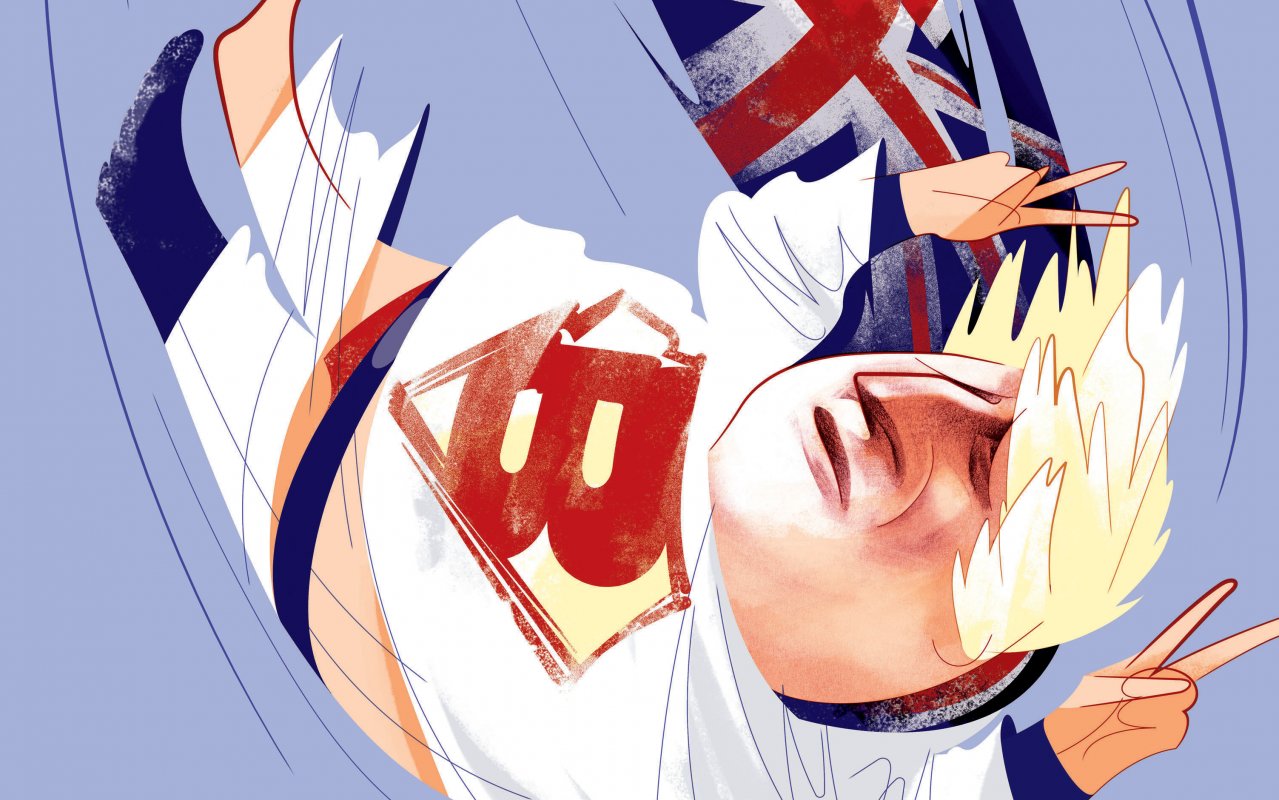 Yet it has proved itself incapable of fulfilling its most basic responsibility: keeping its citizens safe.

The fatal delusions of Boris Johnson

British exceptionalism has reached the end of the road

People were abandoned': injustices of pandemic laid bare in Brent

The Unwanted: The Secret Windrush Files review – who could feel proud of Britain after this? 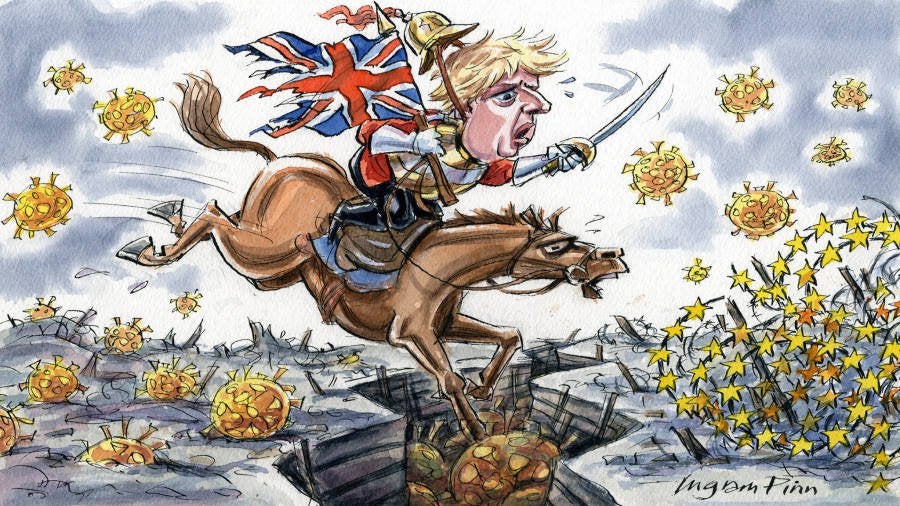