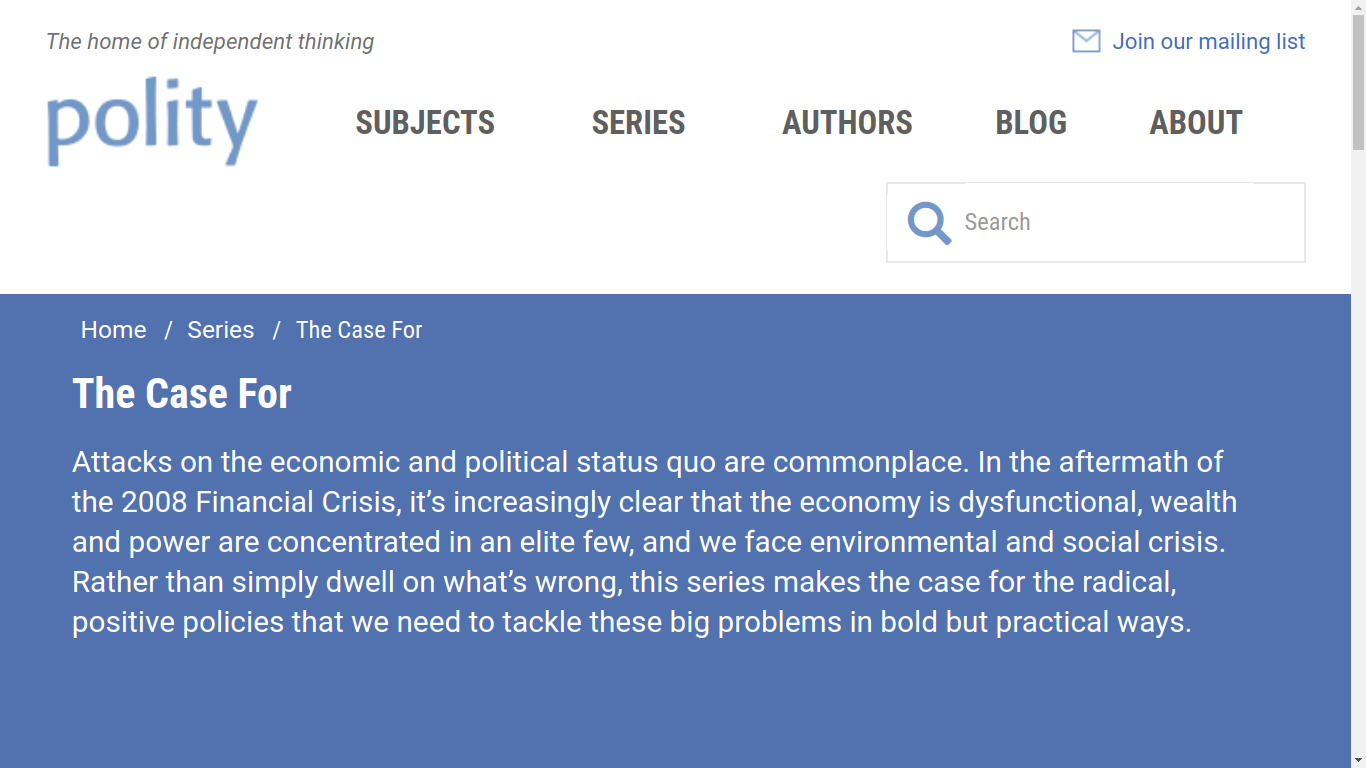 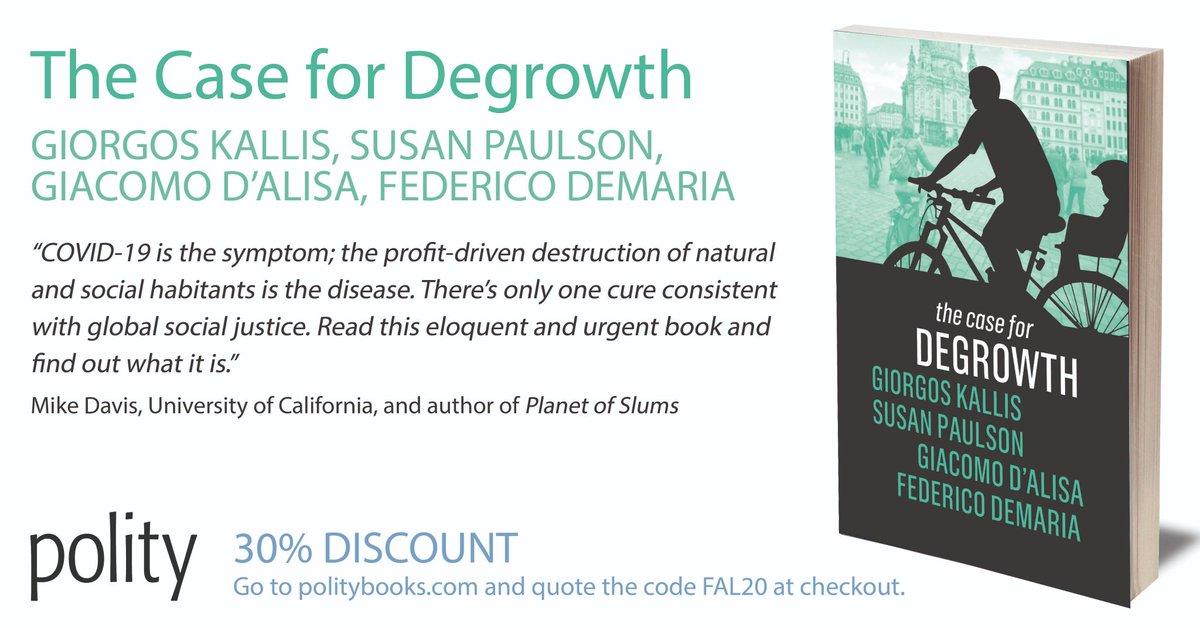 From COVID-19 pandemic toward sustainability and degrowth

‘The pandemic has lain bare the fragility of existing economic systems. Wealthy nations have more than enough resources to cover public health and basic needs during a crisis, and could weather declines in non-essential parts of the economy by reallocating work and resources to essential ones. Yet the way current economic systems are organized around constant circulation, any decline in market activity threatens systemic collapse, provoking generalized unemployment and impoverishment.

It doesn’t have to be this way. To be more resilient to crises – pandemic, climatic, financial, or political – we need to build systems capable of scaling back production in ways that do not cause loss of livelihood or life. We make the case for degrowth.’...The case for degrowth in a time of pandemic

The Case for Degrowth

‘The relentless pursuit of economic growth is the defining characteristic of contemporary societies. Yet it benefits few and demands monstrous social and ecological sacrifice. Is there a viable alternative? How can we halt the endless quest to grow global production and consumption and instead secure socio-ecological conditions that support lives worth living for all?

In this compelling book, leading experts Giorgos Kallis, Susan Paulson, Giacomo D’Alisa and Federico Demaria make the case for degrowth - living well with less, by living differently, prioritizing wellbeing, equity and sustainability.  Drawing on emerging initiatives and enduring traditions around the world, they advance a radical degrowth vision and outline policies to shape work and care, income and investment that avoid exploitative and unsustainable practices. Degrowth, they argue, can be achieved through transformative strategies that allow societies to slow down by design, not disaster.’- BLACKWELL’S

N.B. Some introductory context is required for the  reader to make sense of Kallis et al.’s important new book (The Case for Degrowth), and other articles which are noted below.

As many observers with an eye on truth and transparency have noted,  It is now widely accepted that we have entered a period of climate and ecological “emergency” leading to the existential possibility of “ecocide”. Complacency and delay to address and deal with these life-threatening matters have been endemic, whilst it is also recognised that fundamental change is required in order to avert disaster.

In the last couple of decades the GCGI has been at the forefront of the struggle to highlight and explain  the madness of growth to nowhere, as well as providing some possible alternatives.

Please see below for a few examples from our archives: 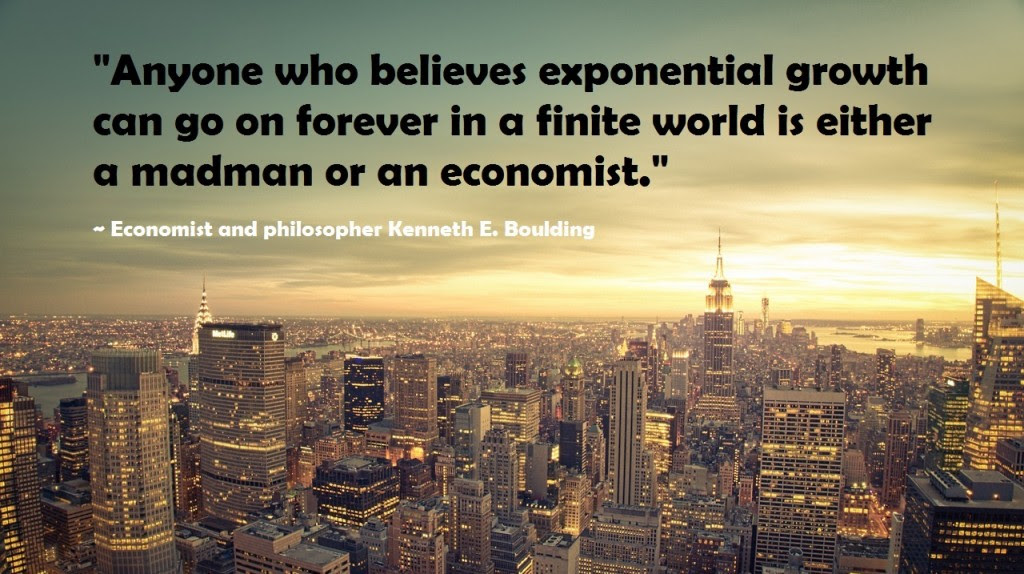 The madness of the never ending economic growth

We have to look beyond the madness: we should invest in everyday services to create a society run for collective good

The Growth Delusion and Confusion, The GDP Measurement: lies, damned lies and statistics

The Fallacy of Economic Growth: In Praise of Herman Daly

...And for a more comprehensive reading see:

A reduction of economic activity is necessary and just – and can lead to human flourishing. 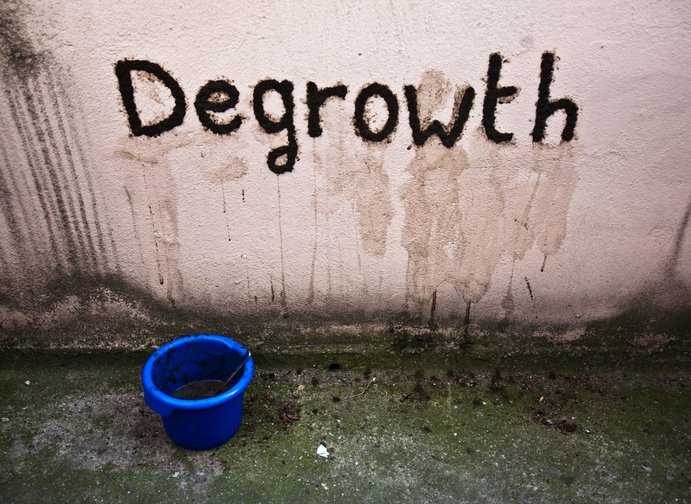 ‘To sustain the natural basis of our life, we must slow down. We have to reduce the amount of extraction, pollution, and waste throughout our economy. This implies less production, less consumption, and probably also less work.

The responsibility to do so must lie mainly on the rich, who currently enjoy a disproportionate share of our resources. But we should also do things differently, as much of today's economic activity is of little benefit to human wellbeing. Imagine what could be if we organized democratically to produce what we actually need, distributed those resources fairly, and shared them in common. This, in a nutshell, is the vision of degrowth: a good life for all within planetary boundaries. And while this might seem utopian, there are already concrete policy ideas to start such a transformation’...Why degrowth is the only responsible way forward

A Reflection on Growth, Prosperity and Wellbeing 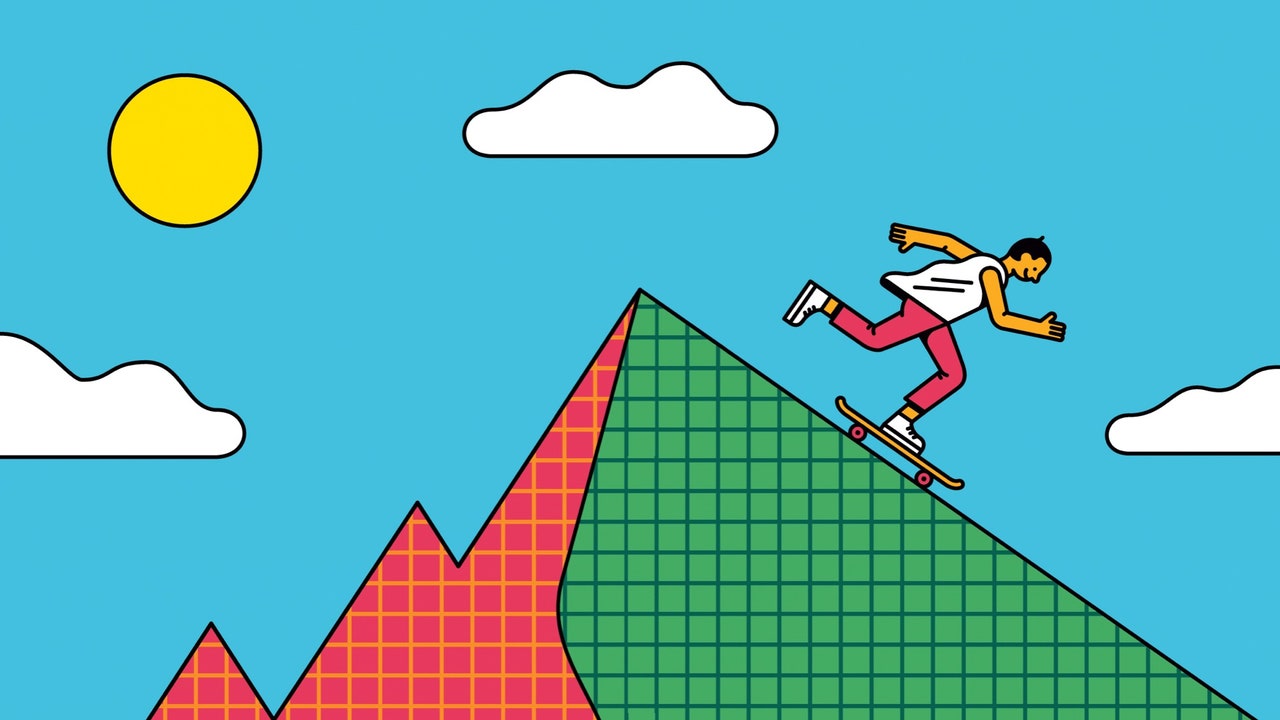 ‘In 1930, the English economist John Maynard Keynes took a break from writing about the problems of the interwar economy and indulged in a bit of futurology. In an essay entitled “Economic Possibilities for Our Grandchildren,” he speculated that by the year 2030 capital investment and technological progress would have raised living standards as much as eightfold, creating a society so rich that people would work as little as fifteen hours a week, devoting the rest of their time to leisure and other “non-economic purposes.” As striving for greater affluence faded, he predicted, “the love of money as a possession . . . will be recognized for what it is, a somewhat disgusting morbidity.”

This transformation hasn’t taken place yet, and most economic policy makers remain committed to maximizing the rate of economic growth. But Keynes’s predictions weren’t entirely off base. After a century in which G.D.P. per person has gone up more than sixfold in the United States, a vigorous debate has arisen about the feasibility and wisdom of creating and consuming ever more stuff, year after year. On the left, increasing alarm about climate change and other environmental threats has given birth to the “degrowth” movement, which calls on advanced countries to embrace zero or even negative G.D.P. growth. “The faster we produce and consume goods, the more we damage the environment,” Giorgos Kallis, an ecological economist at the Autonomous University of Barcelona, writes in his manifesto, “Degrowth.” “There is no way to both have your cake and eat it, here. If humanity is not to destroy the planet’s life support systems, the global economy should slow down.” In “Growth: From Microorganisms to Megacities,” Vaclav Smil, a Czech-Canadian environmental scientist, complains that economists haven’t grasped “the synergistic functioning of civilization and the biosphere,” yet they “maintain a monopoly on supplying their physically impossible narratives of continuing growth that guide decisions made by national governments and companies.”

Once confined to the margins, the ecological critique of economic growth has gained widespread attention. At a United Nations climate-change summit in September, the teen-age Swedish environmental activist Greta Thunberg declared, “We are in the beginning of a mass extinction, and all you can talk about is money and fairy tales of eternal economic growth. How dare you!” The degrowth movement has its own academic journals and conferences. Some of its adherents favor dismantling the entirety of global capitalism, not just the fossil-fuel industry. Others envisage “post-growth capitalism,” in which production for profit would continue, but the economy would be reorganized along very different lines. In the influential book “Prosperity Without Growth: Foundations for the Economy of Tomorrow,” Tim Jackson, a professor of sustainable development at the University of Surrey, in England, calls on Western countries to shift their economies from mass-market production to local services—such as nursing, teaching, and handicrafts—that could be less resource-intensive. Jackson doesn’t underestimate the scale of the changes, in social values as well as in production patterns, that such a transformation would entail, but he sounds an optimistic note: “People can flourish without endlessly accumulating more stuff. Another world is possible.”

Even within mainstream economics, the growth orthodoxy is being challenged, and not merely because of a heightened awareness of environmental perils. In “Good Economics for Hard Times,” two winners of the 2019 Nobel Prize in Economics, Abhijit Banerjee and Esther Duflo, point out that a larger G.D.P. doesn’t necessarily mean a rise in human well-being—especially if it isn’t distributed equitably—and the pursuit of it can sometimes be counterproductive. “Nothing in either our theory or the data proves the highest G.D.P. per capita is generally desirable,” Banerjee and Duflo, a husband-and-wife team who teach at M.I.T., write.’...Can We Have Prosperity Without Growth?

Time to get off the economic growth train?

‘The end of growth will come one day, perhaps very soon, whether we’re ready or not. If we plan for and manage it, we could well wind up with greater well-being.’-Richard Heinberg

What does genuine economic progress look like? The orthodox answer is that a bigger economy is always better, but this idea is increasingly strained by the knowledge that, on a finite planet, the economy can’t grow forever.

This much we know. But, the pertinent question is: How Can We Get There? What are the alternatives to the madness of growth and growth to nowhere?

To my mind, survival will mean an urgent transformation of the ways we think, organise, produce and consume. That means a society that knows when to slow down and stop its relentless expansion of production and consumption, a society that knows the difference between plunder and endless extraction of natural resources or being their custodians.

And then, in place of economic growth it would value sufficiency, fairness and justice: enough, but not too much, for everyone.

All in all, this is my answer: My Ten Steps to a Better Life in a ‘Degrowth’ Economy