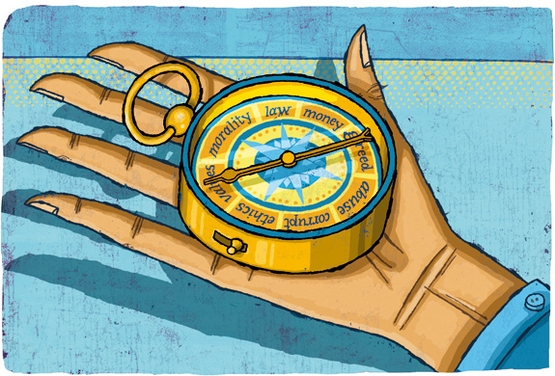 Don’t Let Them to Tell us They Were Not Warned!

“Those who cannot remember the past are condemned to repeat it”

Continuing on my Blog (Welcome to British Justice and Market Economy! Thursday 28 June 2012) reflecting on the latest scandals at the Barclays bank, I now wish to reflect and highlight a few further important and relevant points.

Today (Friday 29 June 2012), many, including Sir Mervyn King, governor of the Bank of England, and Lord Turner, chairman of the Financial Services Authority, have strongly condemned the banks and the bankers’ behaviour.

“There's something very wrong with the UK banking industry and we need to put it right”. "It is time to do something about the banking system", "It goes to the culture and the structure of banks – the excessive compensation, the shoddy treatment of customers, the deceitful manipulation of a key interest rate, and today news of yet another mis-selling scandal", the governor said; whilst Lord Turner remarked that there was a "culture of cynicism and greed that is quite shocking." (The Guardian, Friday 29 June 2012)

I am pleased to hear these comments, even though I strongly believe that they should have spoken much earlier. However, I also believe that, if they sincerely mean what they have said, then, perhaps this is a good beginning.

However, in the interest of justice, it should be noted that the scandals engulfing the whole aspects of public life in the UK are a symptom of a much bigger dysfunctional financial and banking sector, one that is staunchly upheld by the British establishment; many of them have their heads firmly below the parapet.

Lest we forget, let us recall a few of the bigger scandals, engulfing the nation, bringing the country down to its knees:

Financial crisis, banks and the bankers,

Politicians/Police and the Murdoch Media Empire,

And now, my message to the establishment:

You, “honourable” men and women of the British financial and political establishment, you could have saved your current embarrassment, and save the country from falling to its nadir of decadence, if you had shown wisdom and had acted wisely to address greed, corruption, excessive bonuses, deceitful manipulation, and more, when the alarm bells began to ring all those years ago in the early 2000s.

Many people, with an eye on justice and truth, were writing about what was going on. But it seems in the interest of the City of London becoming the centre of global banking and financial sector, you, “honourable” people decided not to listen to the wise counsels.

As an example of what was written and the warnings given, let me quote a passage from a short booklet I wrote in 2003. At the time I was greatly disturbed by the rise of corruption and wrong doings in the US. I was also concerned that the apologists for the British establishment were saying that: it cannot happen here, we are so ethical and trustworthy, with unenviable good governance, etc. What lies they have proved to be.

Let me recall the gist of what I had written:

…“Recent scandals involving multinational corporations such as Enron, WorldCom, Xerox, Tyco, Dynergy, Arthur Andersen, Global Crossing, Adelphia, ImClone and AOL, to name but a few from a long list, have sunk the world of big business to a new level of disgraceful recklessness and irresponsibility.

Of course the fall from grace of top businesses, through fraud and false accounting, is not only an American disease. It occurs in all parts of the world. According to Detective Superintendent Ken Farrow, head of the City of London Fraud Squad, corporate fraud in the UK is becoming a real concern. He conservatively estimates it at £14 billion a year. However, as many British firms are reluctant to report fraud, especially when perpetrated by insiders, it is difficult to quantify the problem. Recent research by the Risk Advisory Group suggests that the first instinct of British companies is to cover up internal scams to avoid bad publicity.

They found that senior executives were involved in nearly three-quarters of frauds worth in excess of £1 million. The secrecy surrounding British corporate irresponsibility makes it difficult to accept the view that what happened in the US could never happen in Britain.

Many books have already been written on why such scandals took place, on what went wrong. They all agree on the role of one vital element: dishonesty fuelled by greed. We forget at our own peril that honesty and greed are essentially spiritual and moral issues.

The greed-motivated neo-liberal world is spinning out of control. Perhaps it is time for us to redefine our values”…I rest my case.