“Leaving the EU would be a betrayal of British values”

I am grateful for the opportunity to live in a country that encourages me to be who I am, what I am:

An Englishman of Persian origin and heritage.

The EU Referendum: The Story that I Must Tell

On June 23rd, in a referendum we are asked if we wish to remain in the EU or leave.  On that day our future will be at the mercy of the ballot box. Ultimately, this is the decision we face: Do we wish to stick with our fellow European friends, allies, our neighbours and remain in Europe, or do we wish to leave and go it alone?

This is the biggest decision of our generation, and it is our children and our grandchildren who will live with the consequences.  Though I am very hopeful that the stay vote will win the day, nevertheless, the fact that so many fellow British citizens want to leave Europe, rejecting togetherness for the greater good and going it alone is shocking and disturbing to me, given the fundamental British values that I have discovered in all these past decades.

Moreover, I feel very sad and depressed to see that the Brexit group have so much concentrated on “foreigners”, the immigrants, belittling and ostracizing them, whilst ignoring their valuable contributions to building this country as one of the most exciting, vibrant, coherent and harmonious countries on earth.

This reminds me of Enoch Powell's 'Rivers of Blood' speech in 1968.  Read it, and you think how similar Powell’s fear-mongering, xenophobic views and sentiments are to the current three main Brexiteers, namely, Boris Johnson, Michael Gove and Nigel Farage.

This is very heartbreaking for me to watch.  This is in total contrast to what I began to discover about the British people, their values, and modus operandi all those decades ago, when I first arrived in “This beautiful and pleasant land” in the early 1970s, in Oxford, as a student to further my education.

I remember so clearly, from that very first moment when I landed at Heathrow: the immigration officer who was so kind, acknowledging my extreme nervousness and anxiety, trying to comfort me by joking about the boxes of pistachio nuts and nougat (Gaz) I was carrying on my person.

Then, off on the train to Oxford, catching the bus to Summertown, north of Oxford, searching for Five Mile Drive, getting totally lost.  I asked a man in the street for directions. Looking at me so tired and confused, he dropped everything and drove me all the way to Mrs. Brown’s house, where I was going to have my lodgings.

From those very early days and years I began to see things that were in total contrast to the stereotypical images of British people I had been led to believe:

that the British are reserved, cold, individualistic, selfish, arrogant, boring, inhospitable and unfriendly.

I wonder, if you can put yourself in my shoes, and feel my feelings at that time, discovering more and more everyday, how wrong and how unjust those stereotypical views were.

I discovered the British to be most polite, kind, considerate, helpful, sympathetic, friendly, hospitable and caring.  I found them to be tolerant of my “strange” ways in those early years, never making me feel bad to be different.

I love Britain.  I love my English wife.  I love my British friends and family.  I love the time-honoured British values and way of life.  I have even grown to like the British weather and against all odds, I love British cuisine too!

The fish and chips, the full English breakfast, the HP sauce, clotted cream, scones and jam, adding milk to my tea, the shepherd’s pie, Lancashire hot pot, the roast beef and the Yorkshire pudding, ham and the parsley sauce, followed by apple pie and the lovely custard, cheese and biscuits, celery sticks and a few grapes, and much more.  Not forgetting the pubs and the great beers.  I love it all.

I am also delighted to see my British friends enjoying our Persian cuisine, my Persian ways, personality and sense of humour.

Of course, there are always exceptions, but, the British have always been welcoming other people to their shores.  Britain has always benefited from its engagement with the outside world.  People settling down in this country have always contributed to its well-being and development.  Other countries, cultures and civilisations have also greatly benefited from their interaction with Britain. 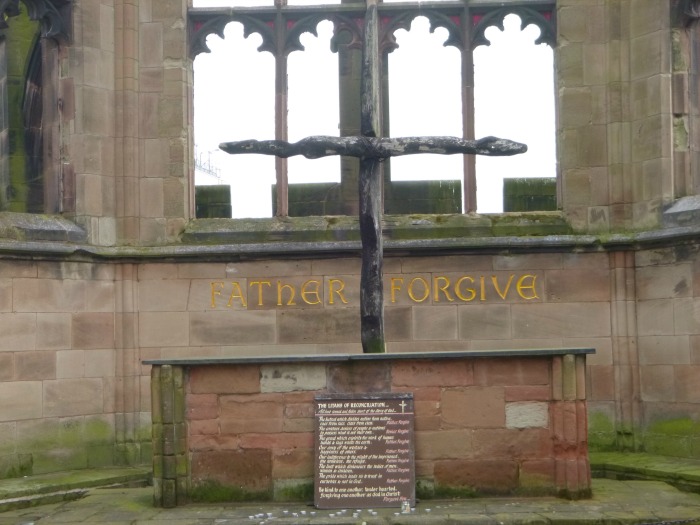 This is why not long ago I wrote: Eurosceptics should visit Coventry Cathedral: The EU's Higher Purpose .

This is the Britain I love, these are the British values I got to know and respect. This has been a gift to the world.  Long may it be so.

The EU Referendum must not be seen as a referendum on the injustices of neo-liberal economic policies since the late 1970s. We chose and voted for Thatcherism and New Labour. Moreover, the current destructive and unjust “Austerity” programme was not imposed on us by “Foreigners”, we voted for it in May 2015!  Let us not blame the EU for the tragic consequences of our own policies.   Fairness is the cornerstone of what it means to be British.

On June 23rd let us hope we will vote for common sense, common good and hope for a better world:

Like anything else in life, the EU, as an institution, is not perfect.  It needs to be improved; and most importantly, rather than retreating from the EU, the best way to avoid further crises would be to reform the European institutions to make them stronger; something that all of us in Europe must continue to do and achieve together. 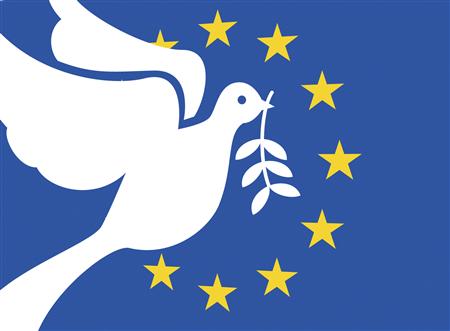