‘Why is there so much inequality in the country?’: This is how to dream to build a better and fairer world

Jeremiah Emmanuel in Conversation and Dialogue with Kieran Yates, The Guardian, on the occasion of the publication of his book: Dreaming in a Nightmare: Finding a Way Forward in a World That’s Holding You Back. *

Jeremiah Emmanuel: 'I hope my book gives people the courage to dream'

'A member of youth parliament at 11, deputy young mayor at 13, Brixton-raised youth activist Jeremiah Emmanuel is now being published by Stormzy' 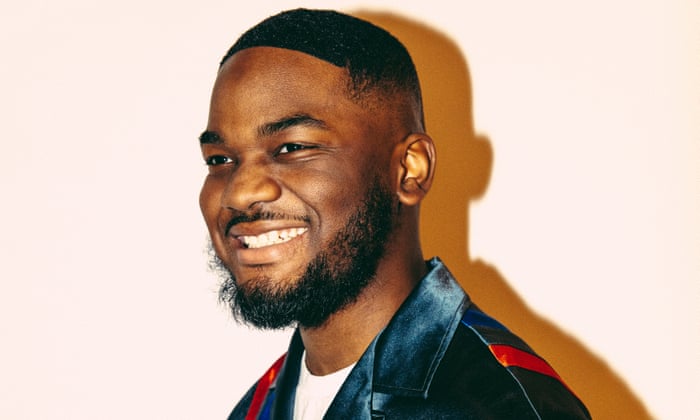 prepared to be future prime ministers.'-Photo: The Guardian

‘To this day, Jeremiah Emmanuel remembers the first time he caught the 345 bus from Brixton, when he was eight years old. “The last stop said South Kensington – I had never heard of this area before. So I’m looking out the window, and it looks really different. By the time you got to Chelsea, the floor looked the same colour as the day it was paved,” he says, now 21. “I felt like there were so many communities who were so close together and so far away living on parallel lines. Why is there so much inequality in the country?”

The shifts seen out the window of the 345 embody the question at the heart of Emmanuel’s debut book, 'Dreaming in a Nightmare: Finding a Way Forward in a World That’s Holding You Back.' What separated the world at the other end of that bus trip from where it began, next to his favourite haunts: Creams, a dessert cafe where he and his friends would congregate and eat Oreo waffles after, he says, “youth services in Lambeth got decimated”; or the Brixton McDonald’s, also known as “Brikky McD’s”.

For me, it was just the norm. I would hang out in McDonald’s for hours, run over to Lambeth town hall to do my youth politics, then run back to be with my friends again.”

When we meet, we’re near his new home in Vauxhall, just north of Brixton. He proudly holds his book, with his BEM (British Empire Medal), which he received for his services to young people in 2017, on the table in front of him. These are just two of a striking roll call of achievements; a member of the UK Youth Parliament at 11, former deputy young mayor of Lambeth at 13, a former army cadet. He now works with the Gates Foundation and describes himself as a “youth activist and social entrepreneur”.

On the face of it, all this can be seen as a far cry from the trauma in his early life that he describes in the book: being frequently homeless with his mother and siblings until he was seven; being aggressively stopped and searched by police when he was 15 – in the same week as visiting Downing Street to collect an award for his community work; and performing first aid at a house party on a boy who had been stabbed.

“A major way that I got over my trauma was by forgetting,” he says. “My father passed away, being homeless, the brief stint in the care system, when my mum got ill – I lost my memory. It was all just impressions … The writing process brought it back.”

The title, Dreaming in a Nightmare, he is keen to clarify, relates not to Brixton specifically, but to any environment that actively disempowers its citizens. Billed as a memoir, he also calls it a toolkit for empowering young people, to lay out the methods he has used to find success. Like persistence and self-belief, both seen in the email (printed in the book to be used as a practical template) that he sent to the chief executive of Rolls-Royce, aged 17, offering to help the company connect with young people: “Last year, I founded the BBC Radio 1/1Xtra Youth Council … I think Rolls-Royce would benefit from the advice of a similar group.” Rolls-Royce then hired Emmanuel to help it attract more job applicants from young people.

“You can only see what is in front of you,” he says now. “So your definition of success isn’t going to be the same as someone who’s gone to Eton where they’ve been prepared to be a future prime minister or the CEO of Fortune 500 companies. We need to see it.”

While the memoir of a 21-year-old must operate differently from a memoir that comes with more lived experience, reading Dreaming in a Nightmare gives the sense of how bearing the brunt of austerity Britain ages a person. The impact of the 2008-09 recession, the student debt that he was once scared of, the need to work for a charity to plug the gaps of government – all reflect the prospects and challenges facing Gen-Z. Emmanuel includes interviews with his peers to bolster his points, such as Kayla, a close friend and unofficial news broadcaster who will call if there is bad news; or Nathan John-Baptiste, AKA “the Wolf of Walthamstow”, who made more than £25,000 selling snacks from his school toilets back in 2017. Emmanuelwas lacking in his own entrepreneurial approach as a one-time muffin magnate at school. As he humbly acknowledges: “The first business lesson I learned was an important one: never eat your own product.”

Dreaming in a Nightmare was his first foray into professional writing, after the musician Stormzy met Emmanuel through his youth work, and forwarded the manuscript to his Penguin imprint Merky Books. Nine drafts and 12 months later, Emmanuel had a book, written while listening to the soundtrack from his childhood: gospel singers Kirk Franklin and Donnie McClurkin, Afrobeat pioneer Fela Kuti and Nigerian rapper Burna Boy, as a way to bring him closer to his ancestry.

Writing the book meant sitting down with his mother, Esther, to talk about her life in Nigeria for the first time, he says: “There was a lot I didn’t know, and it was emotional. Like, she was the victim of an armed robbery in Nigeria by people brandishing machetes. When I heard about it, I was angry. For the first time we really connected on a deeper level. So yeah … find out about your family.”

When he quizzes his mother about growing up in Nigeria, he doesn’t dwell on the exoticised abstractions of a mystic land, but takes a very Gen-Z approach to learning about his ancestry, by immediately going to Google Street View to find the exact house on Biaduo Street in Ikoyi, Lagos, where she grew up. It is how a new generation can experience ancestral homelands, bringing these stories of the past into the present in new ways.

Despite new approaches, few things have changed for his generation, still at the mercy of crippling austerity, especially in black, inner-city communities whose members are substantially more likely to be unemployed, live in precarious housing, and be at risk of Covid-19 than their white counterparts. When he repeats old adages, such as “working twice as hard to get half as far”, it is wisdom that could be passed down to any immigrant child in Britain at any time in history.

Emmanuel’s overall position – that we can work with structures like the police and corporate brands – may feel disappointingly safe to some, especially when more and more young people are calling for abolitionist approaches and reimagining new structures, in the wake of the Black Lives Matter movement, or even the recent A-level results debacle, which has amplified fury at UK academic elitism. That is not to say that Emmanuel is without challenge; in one powerful example in the book, he files a complaint to what was then called the Independent Police Complaints Commission (IPCC) after a stop and search in Brixton – which then redirected his complaint to Brixton police station. With hindsight, he patiently explains his reaction, and the failures of this system: “The idea behind creating the IPCC was a good one … I have no interest in attacking the police for doing their jobs, but new channels of communication and a new dialogue are desperately needed.”

Though he evades questions directly relating to party politics (“I don’t delve into the political system a lot because of my charitable work”), you get the sense that what Emmanuel is really advocating is to broaden imaginative horizons that are compressed by social deprivation. The fact remains that, for a generation facing unmeasurable challenges, there is immediate work to be done. For Emmanuel, power comes in his ability to look beyond the limitations of a broken world to reimagine a life beyond it. His mission, to empower young people, uses businesses, organisations and projects as examples, with a heady dose of corporate-speak – but he also allows himself the occasional poetic moment. “We all have a dream,” he tells me. “I’m not dreaming all the time but I now know how to do it. I hope the book gives people the courage to do the same.”- *This interview was first published in The Guardian on 20 August 2020 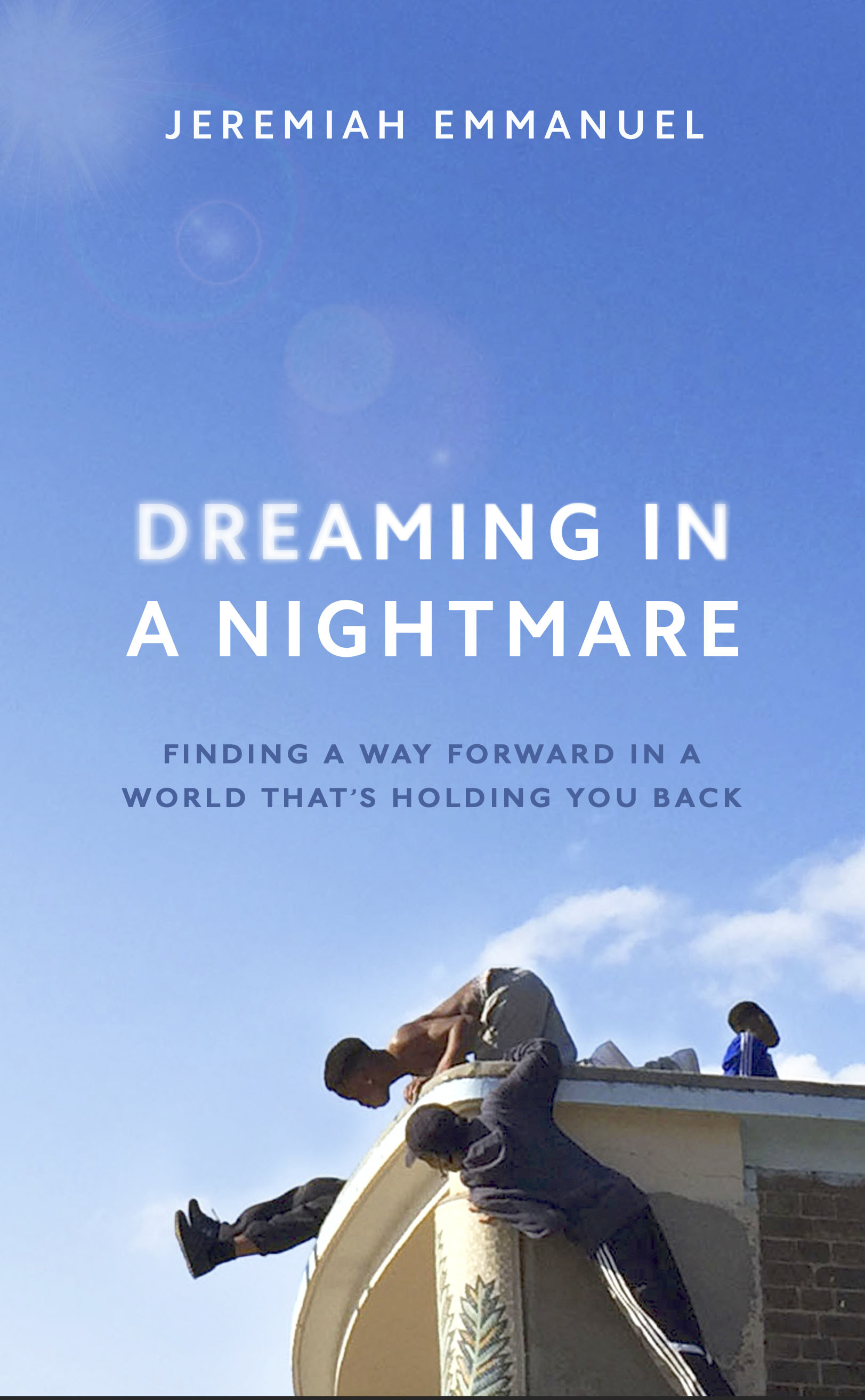 A moving and powerful account of the problems faced by a new generation, from crime to poverty to an increasingly divided society, from an extraordinarily accomplished young activist and entrepreneur.

'My name is Jeremiah Emmanuel. I’m twenty years old. I’m an activist, an entrepreneur, a former deputy young mayor of Lambeth and member of the UK Youth Parliament. I wanted to change the world, but the world I was born into changed me first.

Raised in south London, I lived in an area where crime and poverty were everywhere and opportunities to escape were rare. Violence was accepted, prison was expected. Your best friend might vanish overnight, never to be seen again. That was the world I knew; the only one I thought was possible for people like me.

But somehow, as I got older, I found my way to a different world: a place where people listened to you, where opinions were heard, where doors were opened, where there were opportunities around every corner. Everything had stayed the same and everything had changed.

This is the story of how I did it, the people who helped me get there, and the huge hurdles I – and my entire generation – have to learn to face and overcome. It’s the story of how to move forward in a world that’s holding you back.'- Buy the book HERE

A selected readings on similar topics and issues from our archive

Austerity and its Consequences: No Hope for the Youth

Life, death and economics: Austerity is a killer

Crisis after crisis and the crucial voices of hope

Is Neoliberal Economics and Economists 'The Biggest Fraud Ever Perpetrated on the World?'

World Transformation and the Youth: Youth to Make the World Great Again

In Search of a Better Tomorrow: Reasons for Hope In Times of Uncertainty

This is How to Make the World Great Again: The Compassion Project