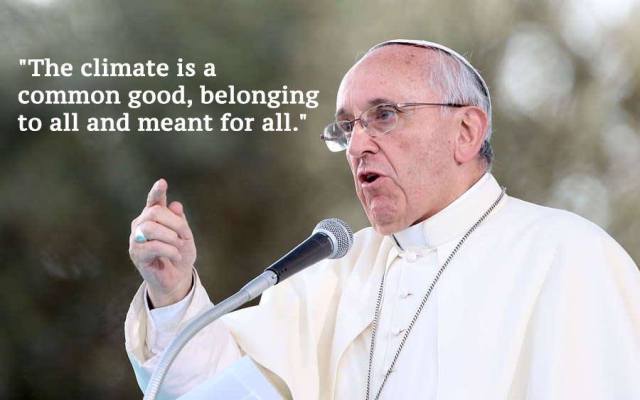 From darkness to light, from despair to hope

‘A very small degree of hope is sufficient to cause the birth of love.’ So wrote the 19th-century French writer and novelist Marie-Henri Beyle, better known by his pen name Stendhal.

Photo: Sowing Hope for the Planet

‘God has given us this amazing world and has asked us to be attentive stewards of it.’ 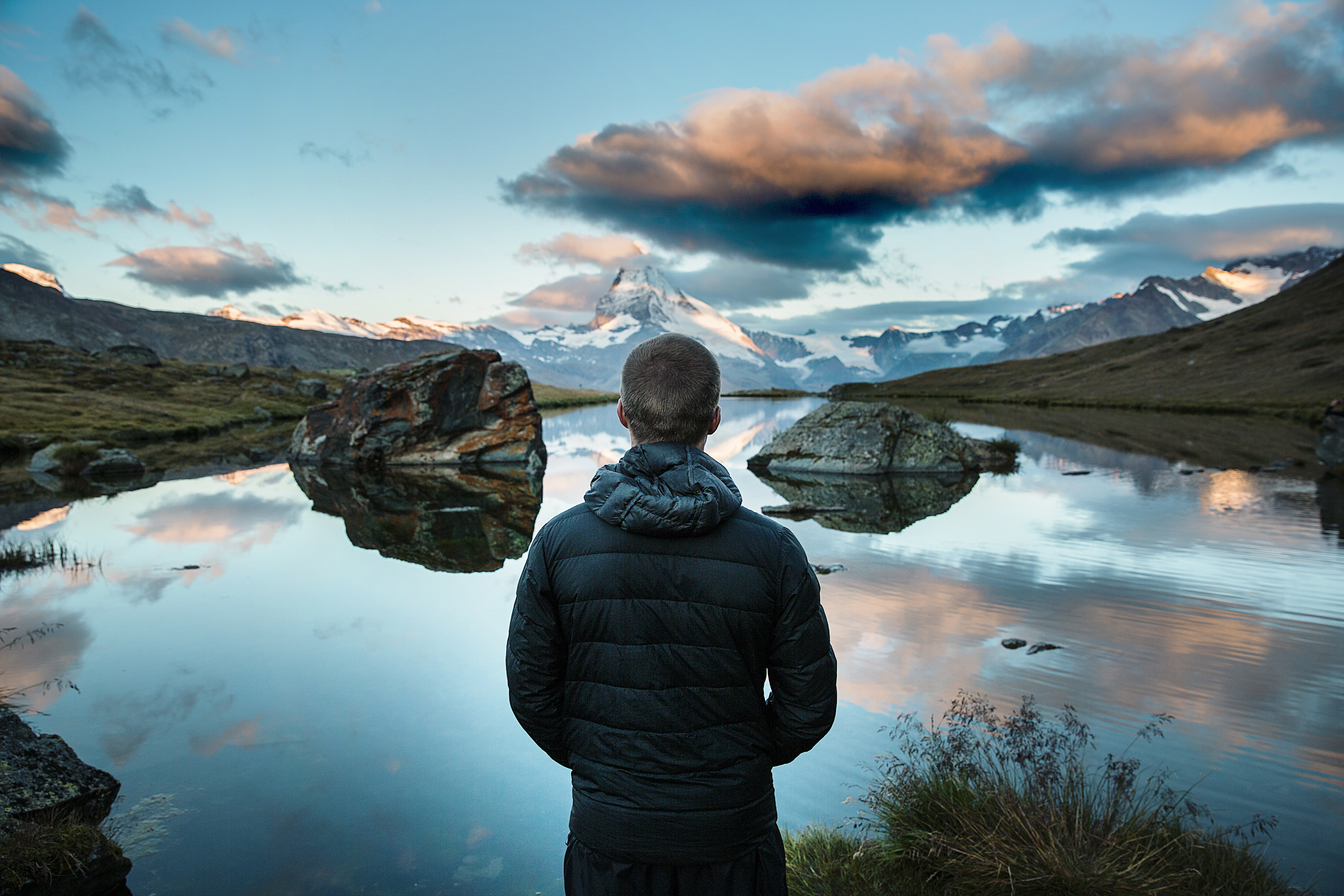 “You shall thus hallow the fiftieth year

and you shall proclaim a release throughout the land

to all its inhabitants.

Since the publication of Laudato Si’ five years ago, September 1st has been celebrated by Christians as World Day of Prayer for the Care of Creation and the beginning of the Season of Creation (September 1 - October 4), whose theme this year is “Jubilee for the Earth: New Rhythms, New Hope.” 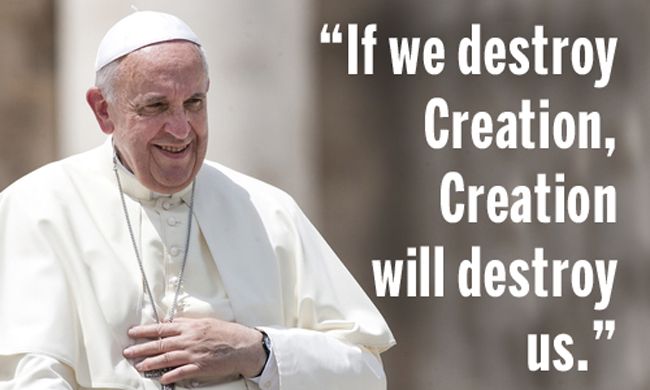 On this day, Pope Francis reflected on the Biblical significance of Jubilee in light of restorative justice.

As the Pope writes in his message, “In some ways, the current pandemic has led us to rediscover simpler and sustainable lifestyles. The crisis, in a sense, has given us a chance to develop new ways of living. Already we can see how the earth can recover if we allow it to rest: the air becomes cleaner, the waters clearer, and animals have returned to many places from where they had previously disappeared. The pandemic has brought us to a crossroads. We must use this decisive moment to end our superfluous and destructive goals and activities, and to cultivate values, connections and activities that are life-giving. We must examine our habits of energy usage, consumption, transportation, and diet. We must eliminate the superfluous and destructive aspects of our economies, and nurture life-giving ways to trade, produce, and transport goods.”

In his message, the Pope notes that “the pandemic has brought us to a crossroads”.  “We must use this decisive moment,” he says, “to end our superfluous and destructive goals and activities, and to cultivate values, connections and activities that are life-giving.” “We must examine our habits of energy usage, consumption, transportation, and diet.  We must eliminate the superfluous and destructive aspects of our economies, and nurture life-giving ways to trade, produce, and transport goods.”

Listen to the land and creation

The Pope reminds us that “we cannot live in harmony with creation if we are not at peace with the Creator who is the source and origin of all things”.  The Jubilee is a time for thinking once again of our fellow human beings, especially the poor and the most vulnerable, to share the common heritage of creation in a “spirit of conviviality, not in a competitive scramble but in joyful fellowship, supporting and protecting one another”.

The Jubilee is also a time to listen to the land, to hear the voice of creation and return to our rightful place in the natural created order, remembering that we are part of this interconnected web of life, not its masters.

“The disintegration of biodiversity, spiralling climate disasters, and unjust impact of the current pandemic on the poor and vulnerable,” the Pope says, are a “wakeup call in the face of our rampant greed and consumption”.

A jubilee, the Pope says, is a time to set free the oppressed such as the indigenous people who face injustice and others who are subjected to various forms of modern slavery, such as trafficking in persons and child labour.

Stressing that the Jubilee is a time for “restorative justice”, the Pope renews his “call for the cancellation of the debt of the most vulnerable countries, in recognition of the severe impacts of the medical, social and economic crises they face as a result of Covid-19”.

This also calls for ensuring that the recovery packages being developed and deployed at global, regional and national levels be regeneration packages.  Policy, legislation and investment must be focused on the common good and guarantee that global social and environmental goals are met.

Alarmed by the climate emergency, the Pontiff warns that “we are running out of time”, and unless we take action it “will prove catastrophic, especially for poor communities around the world”. He thus invites all nations to adopt more ambitious national targets to reduce emissions.

Lamenting the unprecedented loss of species and degradation of ecosystems, he urges for “restoring the earth to be a home of life in abundance, as willed by the Creator”.

The principle of “restorative justice”, the Holy Father continues, calls for restoring the right of indigenous communities to regain control of the usage of the land on which they have lived for generations.

“Indigenous communities,” he says, “must be protected from companies, particularly multinational companies, that ‘operate in less developed countries in ways they could never do at home”, through the destructive extraction of fossil fuels, minerals, timber and agroindustrial products.”

He denounces as a “new version of colonialism” the corporate misconduct of shamefully exploiting poorer countries and communities that are desperately seeking economic development.

The Pope admits, “We are aware that the cries of the earth and of the poor have become even louder and more painful in recent years.”  Yet it is a reason for joy to witness how the Holy Spirit is bringing individuals and communities around the world together to rebuild our common home and defend the most vulnerable.

Young people, communities and indigenous communities are on the frontlines in responding to the ecological crisis.  They are calling for a Jubilee for the earth and a new beginning, aware that “things can change”.

The way the “Laudato Si’ Special Anniversary Year” is unfolding is another reason to rejoice.  The numerous initiatives at local and global levels for the care of our common home and the poor during the year, the Pope says, should lead to long-term action plans to practise integral ecology in our families, parishes and dioceses, religious orders, our schools and universities, our healthcare, business and agricultural institutions, and many others as well.

Faith communities are coming together to create a more just, peaceful and sustainable world, and the Season of Creation is becoming a truly ecumenical initiative.

Please follow the links below to read the full text of Pope Francis' "Message for the World Day of Prayer for the Care of Creation." 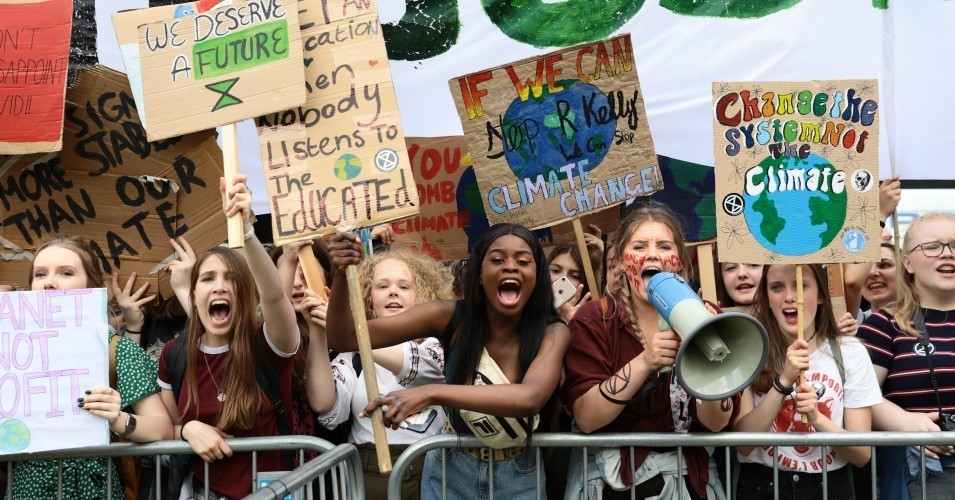 "We are running out of time" to act on the climate emergency, "as our children and young people have reminded us,"

‘Pope Francis on Tuesday railed against humanity's exploitation of natural resources and pursuit of endless growth as he urged people across the world to act with the urgency young people worldwide have demanded to protect the Earth and build back better from the coronavirus pandemic.

The pope's call came in a written message to mark the World Day of Prayer for the Care of Creation and in which he urged people to view the "disintegration of biodiversity, spiraling climate disasters, and unjust impact of the current pandemic on the poor and vulnerable" as "a wakeup call in the face of our rampant greed and consumption."

"Our constant demand for growth and an endless cycle of production and consumption are exhausting the natural world," he said. "Forests are leached, topsoil erodes, fields fail, deserts advance, seas acidify, and storms intensify. Creation is groaning!..."-Continue to read

The Gift of Creation as God’s Love Story 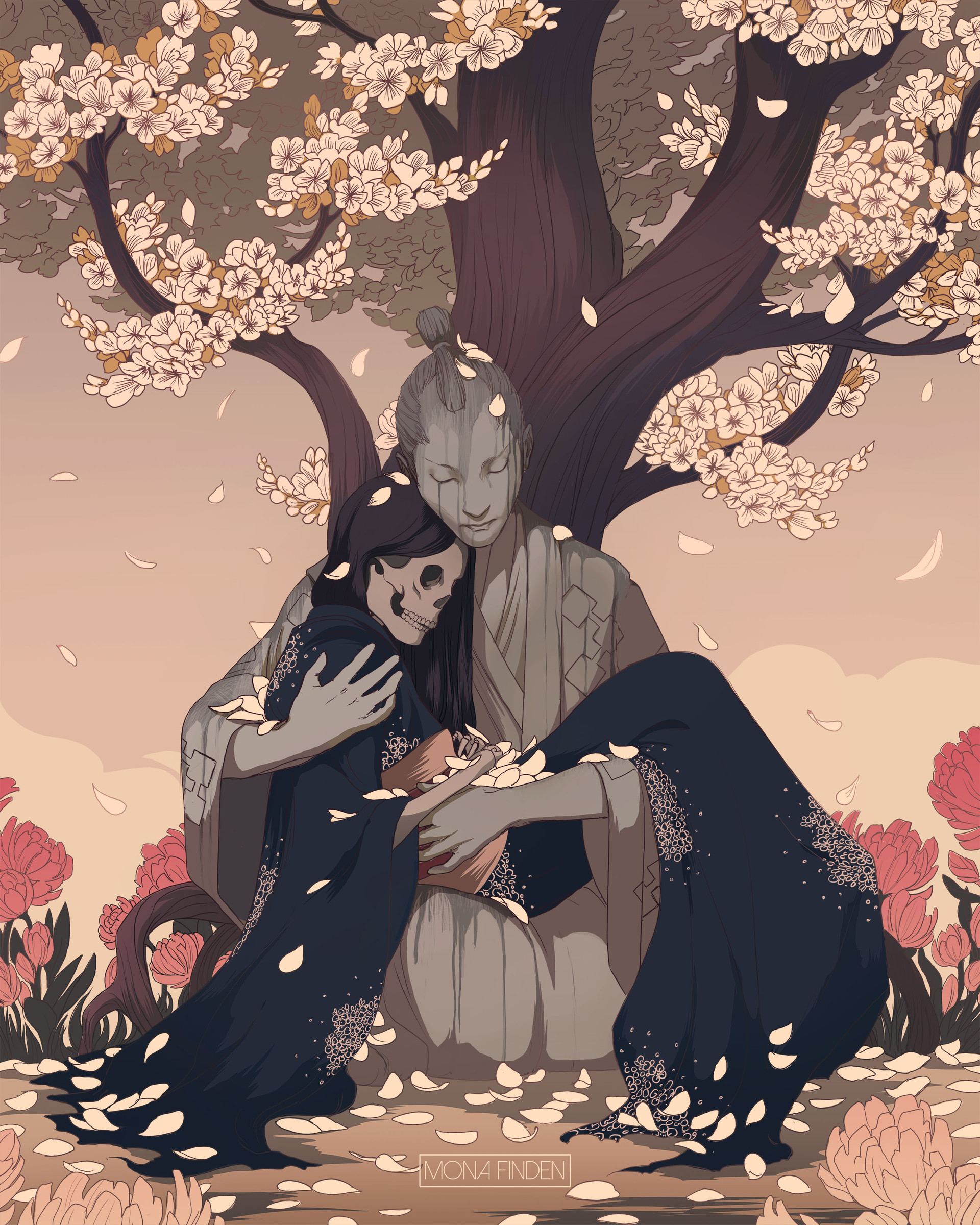 The world has never been so fragmented and in pain. This is why, to my mind,

‘Open our minds and touch our hearts, so we may be attentive to Your gift of creation’

Mother Nature Crying: Fools and Heartless those who do not see the tears

Spirituality and Environmentalism: Healing Ourselves and our Troubled World

In Search of a Better Tomorrow: Reasons for Hope In Times of Uncertainty

World Transformation and the Youth: Youth to Make the World Great Again …

The Youth of the World: Their voices will be heard …

The Youth for the Common Good to Build a Better World … 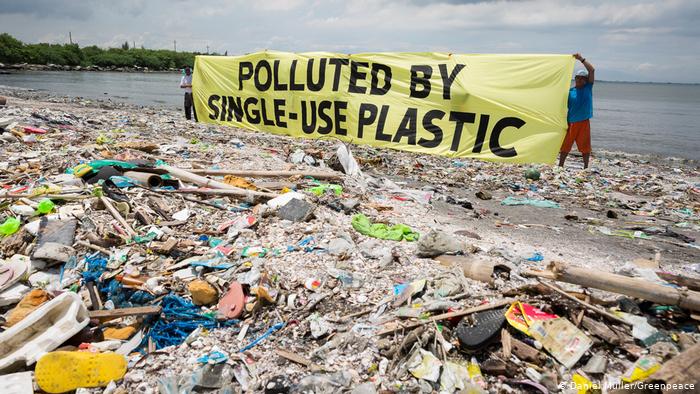 Animal populations have plunged an average of 68% since 1970, as humanity pushes the planet’s life support systems to the edge

'Wildlife populations are in freefall around the world, driven by human overconsumption, population growth and intensive agriculture, according to a major new assessment of the abundance of life on Earth.

On average, global populations of mammals, birds, fish, amphibians and reptiles plunged by 68% between 1970 and 2016, according to the WWF and Zoological Society of London (ZSL)’s biennial Living Planet Report 2020. Two years ago, the figure stood at 60%.

The research is one of the most comprehensive assessments of global biodiversity available and was complied by 134 experts from around the world. It found that from the rainforests of central America to the Pacific Ocean, nature is being exploited and destroyed by humans on a scale never previously recorded.

The analysis tracked global data on 20,811 populations of 4,392 vertebrate species. Those monitored include high-profile threatened animals such as pandas and polar bears as well as lesser known amphibians and fish. The figures, the latest available, showed that in all regions of the world, vertebrate wildlife populations are collapsing, falling on average by more than two-thirds since 1970...'- Continue to read