There’s a way to it, if we do it for the common good.

Can Jamie Dimon Make Finance and Banking to Act in the Interest of the Common Good? 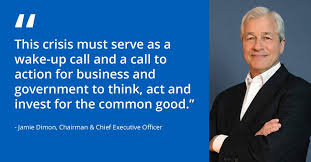 A Human Approach to Leadership

‘COVID-19 has proved to be a powerful catalyst for change. Amongst all the tragedy there is a hope that the corporate world will emerge from the dark days of 2020 having learned some fundamental lessons about the human race. Faced with our vulnerability to a silent killer we have had to think about what is important in life.

‘We are living through an exciting and challenging time in the development of leadership. It’s taken a virus to knock us out of our complacency and force us to rethink many assumptions that govern the world of work. COVID-19 has accelerated the rate of social and economic change and leaders cannot afford to be left behind.’- Eric Cornuel, President,  EFMD Global 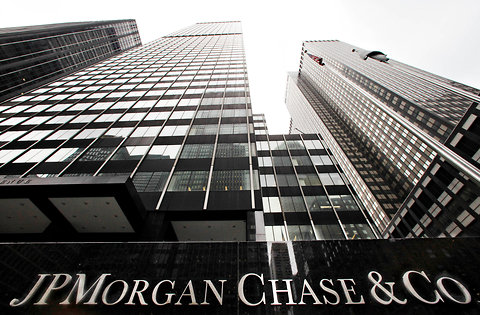 ‘Many of our citizens are unsettled, and the fault line for all this discord is a fraying American dream – the enormous wealth of our country is accruing to the very few. In other words, the fault line is inequality. And its cause is staring us in the face: our own failure to move beyond our differences and self-interest and act for the greater good. The good news is that this is fixable.’- Jamie Dimon, CEO, JPMorgan Chase, annual letter to shareholders, 7 April 2021

‘Jamie Dimon has a lot to say about how to fix America. In his annual letter to shareholders, the JPMorgan Chase CEO discussed the economic recovery after Covid-19, his thoughts on leadership and the purpose of companies, and US public policy. The document is 66 pages long—three times longer than last year’s letter—and a full 22 pages are devoted to Dimon’s prescriptions for rebuilding America and addressing what he sees as the world’s biggest problems: climate change, poverty, economic development, and racial inequality. It’s a banker’s manifesto for a more progressive form of capitalism, masquerading as a corporate report.

Dimon’s missive followed a week in which dozens of prominent CEOs spoke out with varying degrees of conviction against a new Georgia law limiting voting access in ways that will disproportionately affect Black Americans. Most of these corporate defenses of democracy were brief, belated (many came after the vote and under activist pressure), and carefully lofty. “The right to vote is the essence of a democratic society, and the voice of every voter should be heard,” wrote the Business Roundtable, representing nearly 200 CEOs. That shouldn’t be a controversial point of view, but in America in 2021, it is.

Microsoft president Brad Smith’s approach was more in the Jamie Dimon mould. In a blog post, Smith took on each of the law’s major provisions and urged “the business community to be principled, substantive, and concrete in explaining its concerns.”

When enough corporate leaders band together to oppose legislation, politicians listen. Even the most anodyne statements can have an effect. But CEOs serious about corporate responsibility will have to grapple with the issues in a lot more detail. They’ll need to explain how social and political questions are connected to economic and corporate ones, be clear about their companies’ responsibilities and interests, admit their own complicity, and define the society they want to help build. For that, even 66 pages won’t be enough'. — Excerpts by Katherine Bell, editor in chief, Quartz Daily Brief, 10 April 2021

A Businessman and an Economist in Dialogue for the Common Good: Dubai 2004

University Corruption and the Financial Crisis: The Theft of the Century by the Most 'Educated Thieves'- All with MBAs and PhDs

Education to Make us Human: What’s Kindness, Love, Compassion, or Beauty Got to Do With Teaching and Education?

Can President Biden Heal and Build a Better America, where Goodness is Valued above Greatness? 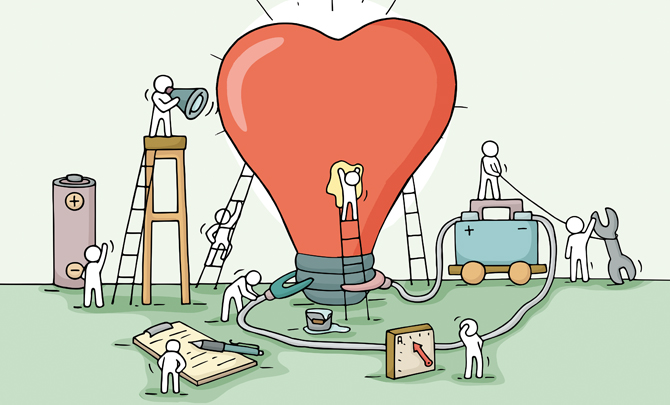