President Biden, his Faith and the Healing of America

JOE BIDEN has become only the second Roman Catholic President of the United States.

John F. Kennedy was the last RC President, elected in 1961.

Healing From Fear and Hate: Battle For The Soul Of A Nation- ‘A Battle for the Common Good’ 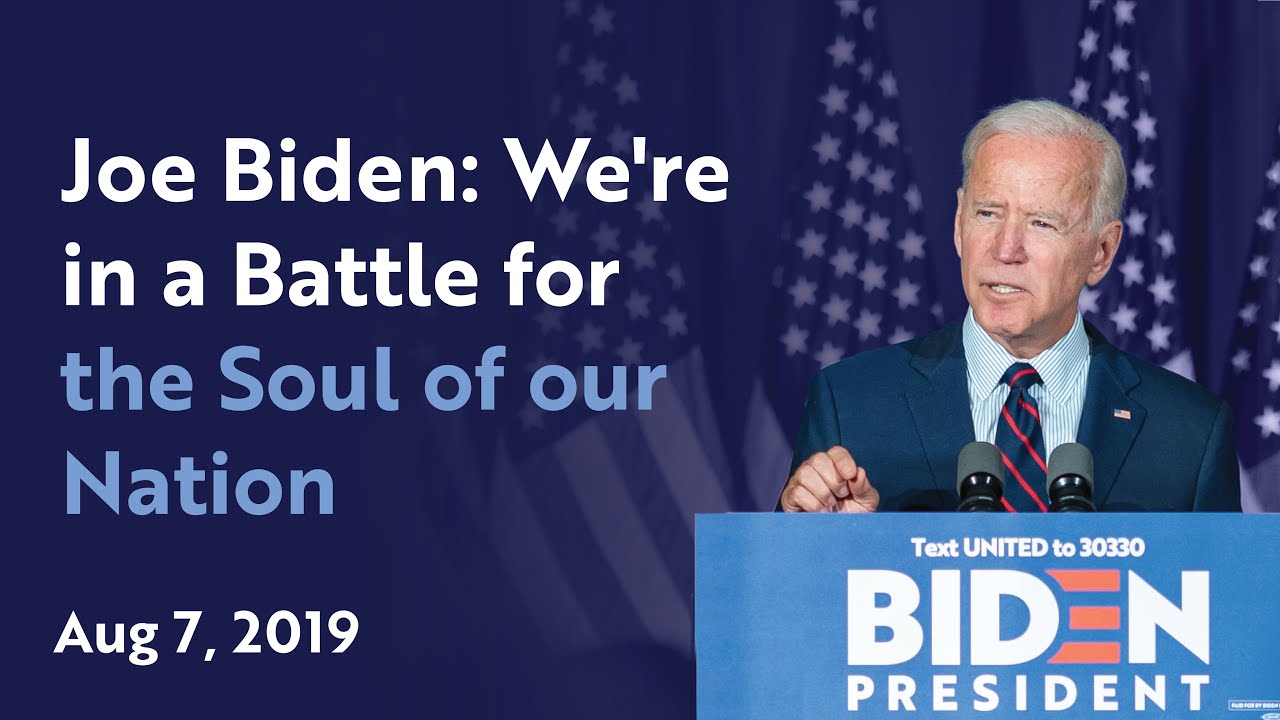 Photo: Via The Guardian

In his address to supporters in Scranton, Pennsylvania on Oct 23, 2019, the President-Elect frequently spoke of his faith and, referring to Ecclesiastes, called for unity. “To make progress, we must stop treating our opponents as our enemy. We are not enemies. We are Americans.”...

Watch Joe Biden  Speaking on these issues in Scranton, Pennsylvania on Oct 23, 2019

Joe Biden, empowered by his faith and example of his life journey, has been given a mandate:

To heal the wounded and divided America

‘In his inaugural address, US President Joe Biden appealed for national unity and a battle for the common good, a stark departure from now-former president Donald Trump’s vision of “carnage” and an assertion of American individualism in his remarks four years ago… Mr Biden, invoked St Augustine in his appeal to unity: “A people are a multitude defined by the common objects of their love.”... He listed the “common objects” loved among Americans – opportunity, security, dignity, respect, honor, and, “yes, the truth.”.”...Alex Woodward, The Independent

Shaped by Catholic social teaching, president Biden hopes to be a healer, unifier with moral clarity, humility and grace,

enabling and empowering others also to reclaim faith in the public square as a force for healing,  justice and the common good.

The words and sentiments I noted above about the president Biden, I must admit, spiritually and personally, very much resonate with me also, which I wish to explain briefly, by taking you back to the early 2000s:

‘In the early 2000s I was studying Pastoral Theology at Plater College in Oxford. It was there that I was introduced to Catholic Social Teaching, and it was there that  I remember first reading, RERUM NOVARUM, or Laborem Exercens, or GAUDIUM ET SPES  and being amazed how good and meaningful they were.

Moreover, I was equally amazed to note how relevant and how practically they related to my own economics, environmental and ecological views and values...I was so impressed by these ENCYCLICALs and other related documents and teachings that I went on and wrote two books on what I had learnt at Plater College. Furthermore, it was also at Plater that our GCGI Conference Series was inaugurated…’ Continue to read

My Twenty Years learning about Catholic Social Teaching: Reflections on Then and Now

It is now over twenty years since I was first introduced to Catholic social teaching. A lot of things have happened since, and I must admit that I am delighted to see that Pope Francis has so effectively and positively risen to the challenges of our time, inspiring the world how to confront the current global emergencies:

Creation Is Groaning!': A Wake-up Call

‘The work of healing is also the work of social justice.’

…’The work of healing is also the work of social justice. Now is the time to heed the command of Isaiah “to undo the heavy burdens and let the oppressed go free”; to reach out to the poor, the elderly, the indigent, the stranger, to all those on the peripheries of our national life. The country’s reckoning with its history of racist oppression must also continue. Yet these efforts must be genuine encounters, however difficult or painful, rather than brute confrontations. Only the former can lead to healing. “Authentic social dialogue,” Pope Francis wrote in “Fratelli Tutti,” “involves the ability to respect the other’s point of view and to admit that it may include legitimate convictions and concerns.”...The Editors, The Jesuit Review, America Magazine

Inspired by the above, I would very much, with humility and thanks, offer the following as Steps to Hope and Healing:

The Path to Healing and Building a Better America, where Goodness is Valued above Greatness