‘Fix a broken economic system: It’s time to rethink that for the good of society’

This leader is welcome news for those of us who have been pointing out the inadequacy and inhumanity of the current and dominant economic model. To appreciate the significance of this editorial in aiding a better understanding of the broken model which has resulted in perpetual crisis, I would like to invite you to read it also:

The Broken Economic Model: Capitalism for the Masses (when they receive all the costs) 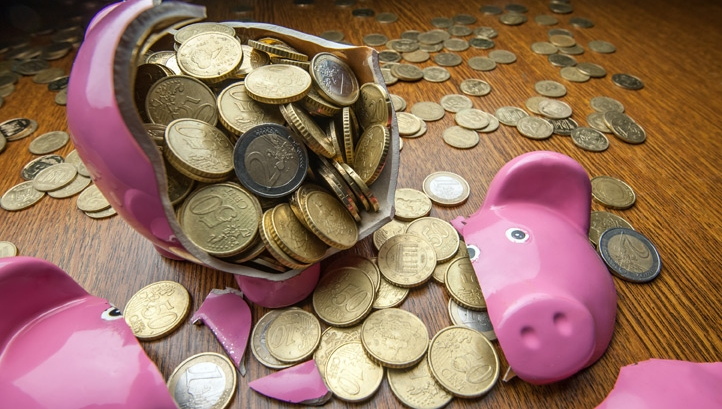 ‘The Guardian view on the richest getting richer: fix a broken economic system’

‘The Sunday Times rich list provides a useful social X-ray of Britain. It is a journalistic tool that looks inside high society without damaging its subjects. However, the findings of the latest survey – that the richest have got even richer – have been released when many people have endured a Covid year of hardship, loss and boredom. A preview released on Friday reveals that there are now 24 more billionaires than 12 months earlier, a greater increase than in any year since the list was launched 33 years ago. To have created such a concentration of wealth during a pandemic is an indictment of an economic system that has gone badly wrong.

Earlier this year, the Resolution Foundation revealed the shocking size of the wealth gap in Britain. In 2016-18, some 40% of the population had zero accumulated net wealth. The foundation calculated that if the median household saved all disposable income, it would take at least 400 years for it to reach the average wealth of the richest 1%. Yet this was not the whole picture. The thinktank used the rich list to work out whether the wealthiest people had given national statisticians a full account when itemising their affluence. It turns out that they had not. That meant the top 1% share of wealth in 2018 was not, as officially claimed, 18% but at least 23%. The wealth gap has only yawned wider since.

The rich list highlights the pandemic’s business winners – such as the owner of the online retailer Ocado – and its losers, like the Duke of Westminster’s property empire. Corporate rise and fall is not an explanation for what is going on, however. Much of the gains in household wealth are down to rising financial asset prices rather than business acumen. Thanks to the government’s actions, owners of assets have had a very good pandemic. Shares in London are 17% higher than a year ago, driven up by the search for yields in a low-inflation world. House prices rose by 10.2% in the past 12 months, the highest annual growth rate for 14 years, helped by the chancellor’s stamp duty holiday. There’s no need to do much to increase the value of one’s wealth if one is lucky enough to be well-off.

Adam Smith, paraphrasing Hobbes, wrote that “wealth is power”. The rich in a liberal democracy can buy “friends and servants” to prosecute their interest above all others. Such a person did not have to play an active economic role; they only needed the power that money could buy. This is a bad place for Britain to be headed. Little wonder that half of UK voters believe the economic system needs either major changes or to be completely reformed.

Thomas Piketty, the French economist, argues that if the rate of return on assets exceeds the economic and population growth rates, then the wealthiest, and the elderly among them, race away from the rest. His work has the answer to the question posed by today’s economic model. In the decades after the end of the second world war, the spoils of a growing economy were more evenly shared out. Such a desirable outcome was down to policy choices. Helping to spread out the fruits of growth were high levels of unionisation and strong worker bargaining rights; progressive income tax schemes; and the nationalisation of key industries.

To tackle today’s problems, Mr Piketty suggests adding expanded welfare programmes, a job guarantee scheme and mechanisms to reduce the advantage in inherited wealth. These are ideas whose time has come. A growing wealth gap and increasing inequality has many causes, but one surely has been an economics discipline that disparaged the importance of government. It’s time to rethink that for the good of society.’

Time to Rediscover What it Means to Be Human

We value individuality, self-interest and self-reliance, yet, as the COVID-19 Pandemic has so clearly shown us, we are utterly dependent on community and the common good for our most basic needs and indeed, survival.

And now, all said and done, and lest we forget: Nothing will change for the better and no progressive action can be taken, unless, all we do is in the interest of the common good. Carpe Diem!

Holding Hands for the Common Good

In a nutshell, the world today is at a crossroads. We live in a world that promotes working for our own ends, but if we are to survive and flourish it is time to start sacrificing for the common good by working together, nurturing and nourishing our souls and minds, imagining a better life for all.

If we fail to grasp this, then, we will, for sure, pay a very heavy price, both personally and as a nation. We will be all some damaged goods!!

Britain Has Become a Sinking Ship of Systemic Corruption, Cronyism and Chumocracy

Eton mess and the Rise of Kleptocracy 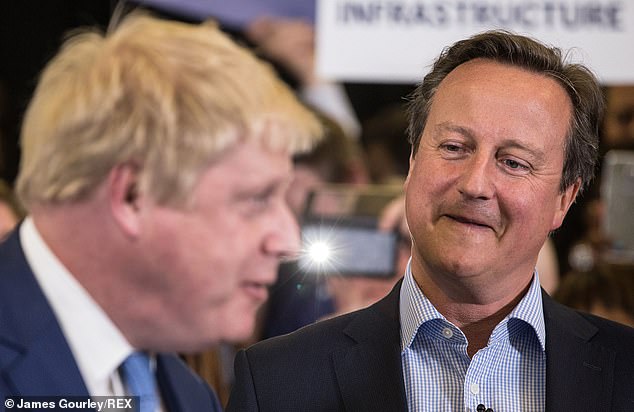 Give Up the Soul- Destroying and Heart-Wrenching  Neoliberal Economics, 'The Biggest Fraud Ever Perpetrated on the World' and Discover What it Means to be Human.

And Discover What it Means to be Human

And Compose a New Life

And Make Education a Subject of Kindness, Love, Compassion and Beauty

And Build the Economy for the Common Good

And Become Posh Boys for the Common Good

All in all, our focus, our vision should  involve a democracy where all are of worth; not a few, but the many, the all, the greater good.

In the world today, it seems, we are in the midst of a moral and spiritual revolution that is about creating a democracy of value in which the central focus is love. The task is daunting, but when all of us come together and sacrifice part of ourselves for the common good, there is hope for everyone.

To read and reflect more on the issues raised in this Blog see below:

For the Common Good: Unleashing the Power of Passion & Purpose

Are Universities still for the Common Good? No way! It’s all about Money, Money, and more Money!

Globalisation and Education for the Common Good: A Path to Sustainability, Well-being and Happiness

The Wisdom of "ubuntu": Giving and Sharing for the Common Good

Quakerism and Economics of the Common Good

Beyond the Wasteland: Seven Common Good Steps to Build a Compassionate World

The rise in global fascism: A failure of education?

A Reflection on Selfishness and Selfish Business Model

Private education, posh boys and the ruining of Britain:The Story Straight from the horse's mouth

Calling all academic economists: What are you teaching your students?(16 June 2015)

Economics and Economists Engulfed By Crises: What Do We Tell the Students?(22 April 2010)

My Economics and Business Educators’ Oath: My Promise to My Students(27 June 2015)